The name Prospex carries a significant amount of gravitas in the watch community. It literally means Pro Specs or Professional Specifications. Seiko used this moniker to delineate watches in its catalog that were meant to do a job or meant to perform in the harshest conditions. Five-and-a-half decades ago, Seiko released Japan’s first dive watch, the 6217-8001 (62MAS). It proved itself by accompanying the Japanese Antarctic Research Expedition while they were drilling ice cores from the Antarctic. The 62MAS paved the way for more diving watches to come from Seiko. For the 55th anniversary of this accomplishment, Seiko has decided to release three new and updated versions of its pivotal dive watches. 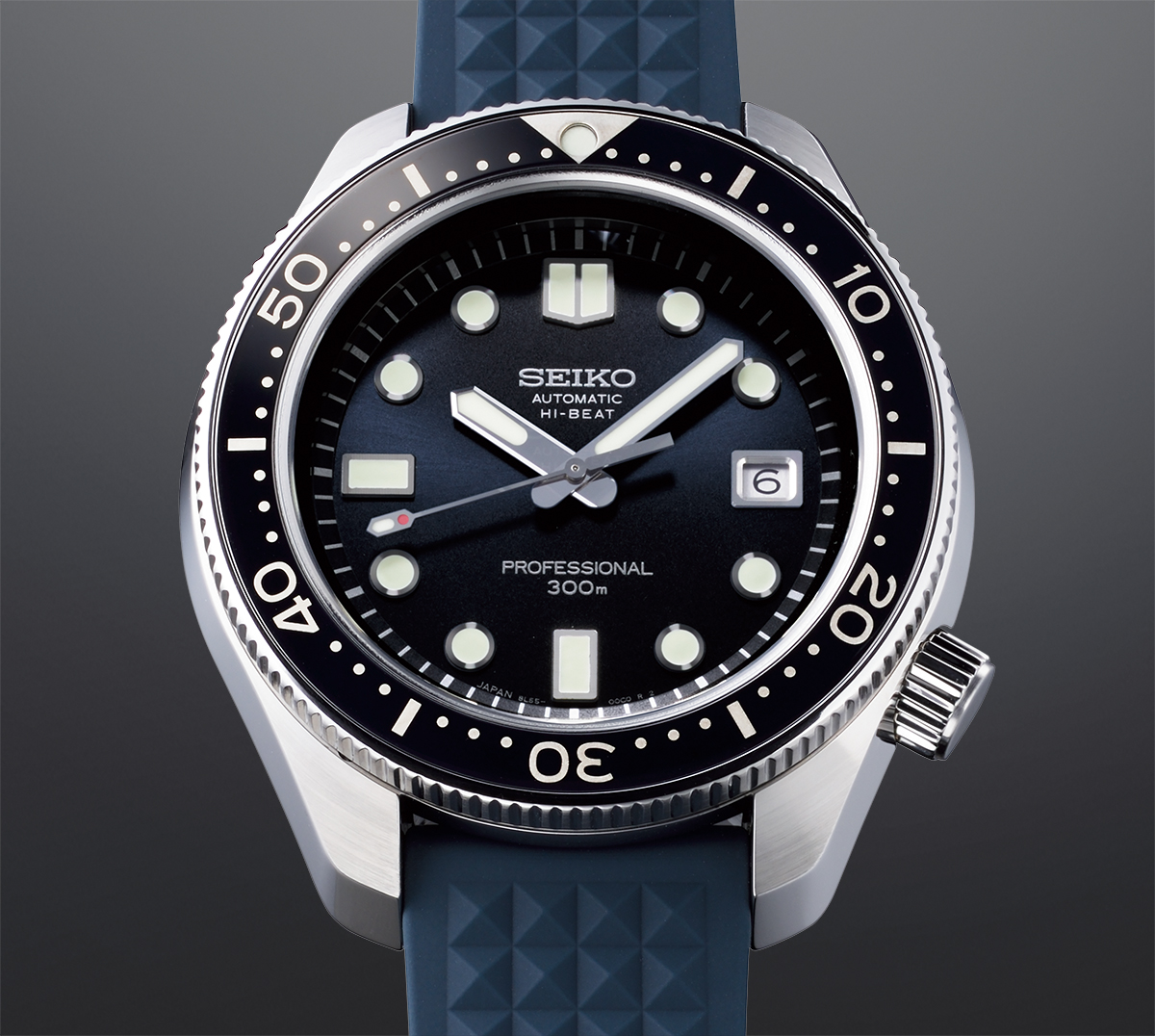 Each of these three models will be released in limited editions of 1100 pieces. All three are modernizations of pivotal Prospex dive watches from the 1960s and 1970s, starting with the 39.9mm SLA037, which commemorates the 62MAS, and followed by the 44.8mm SLA039 based on the 1968 Hi-Beat Diver. Lastly, we have the 52.4mm SLA041 based on the 1975 Professional Diver or more affectionately known as the Tuna Can. All three have been updated with movements from the 8L family. The SLA037/39 with the 8L55 High Beat movement and the SLA041 with the 8L35 automatic movement. 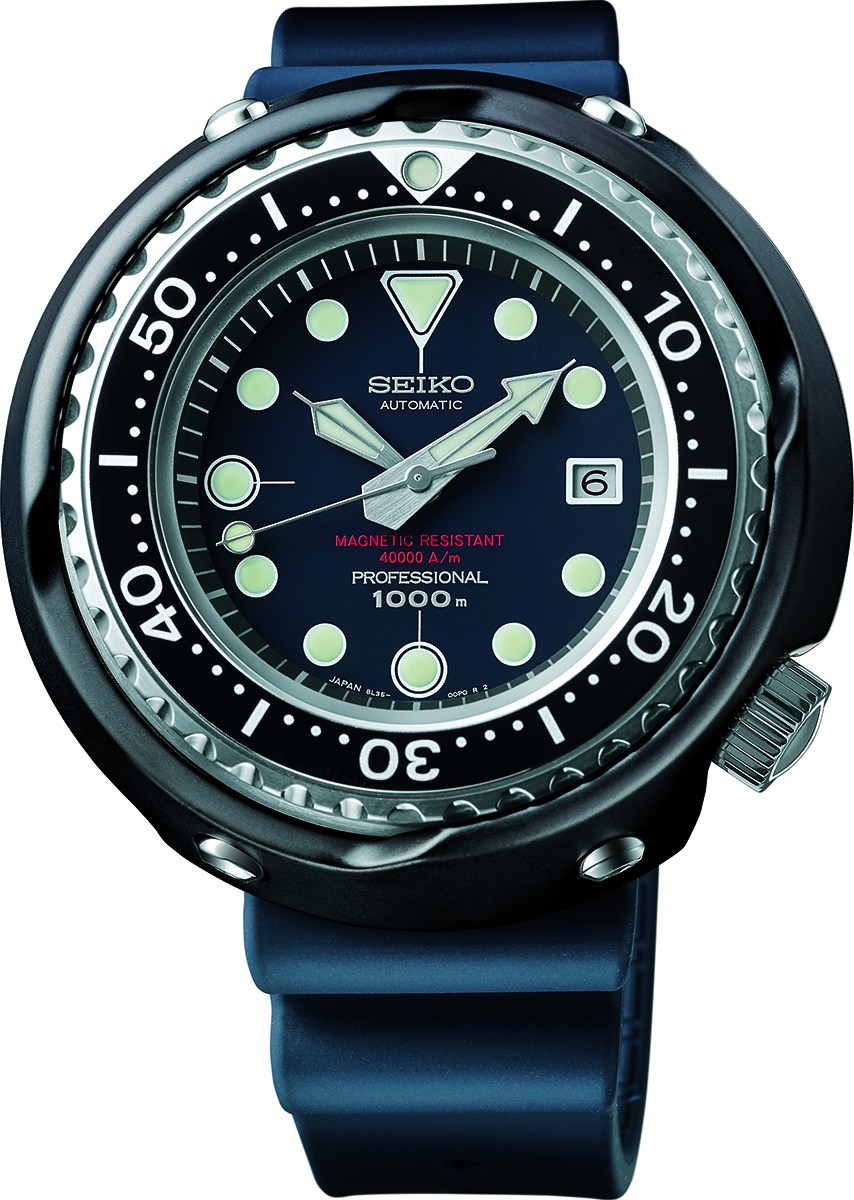 Another thing Seiko has unveiled in this collection is the new Ever-Brilliant Steel. This is an entirely new grade of stainless steel that adds to the unique look of these three watches with its white hue. In addition to aesthetics, Ever-Brillant Steel is far more corrosion-resistant than previous grades of stainless steel. It’s worth pointing out that the SLA041 will only have an Ever-Brilliant Steel bezel. Its case will remain faithful to the original and be made of titanium. 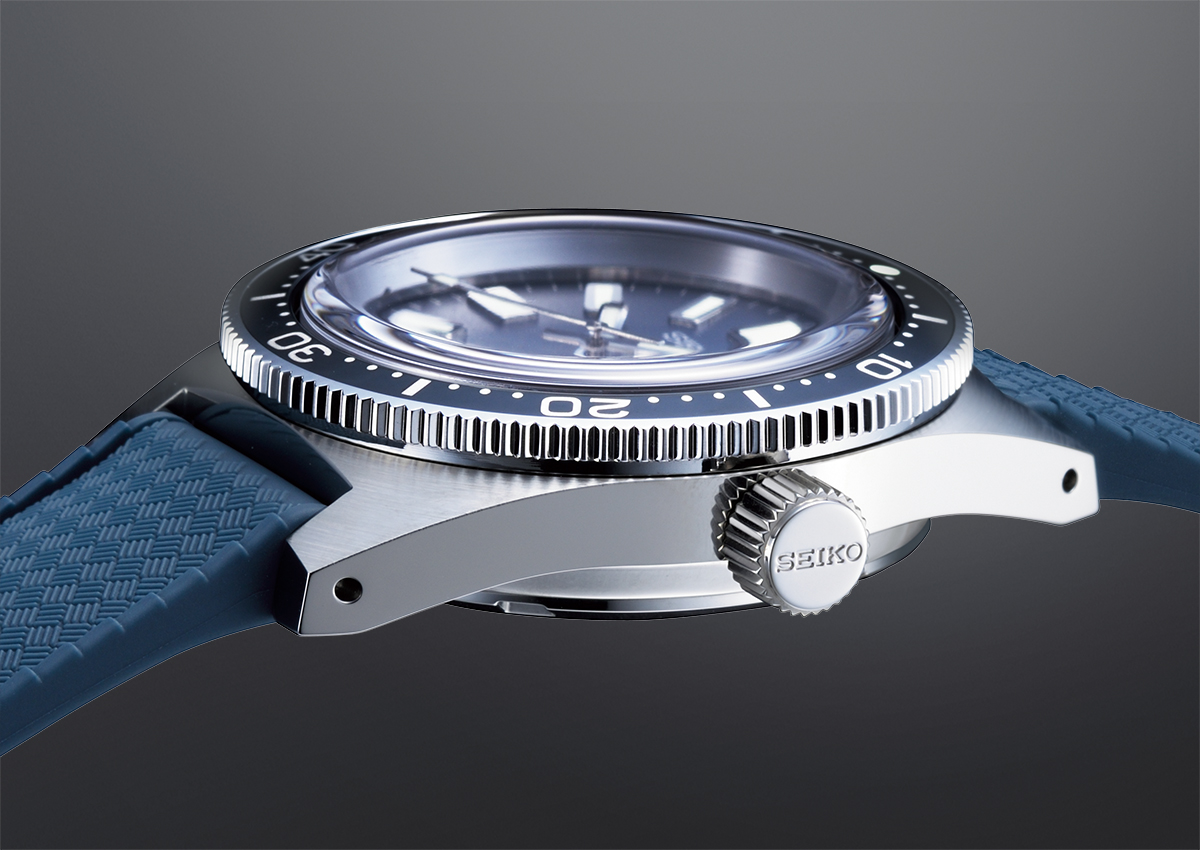 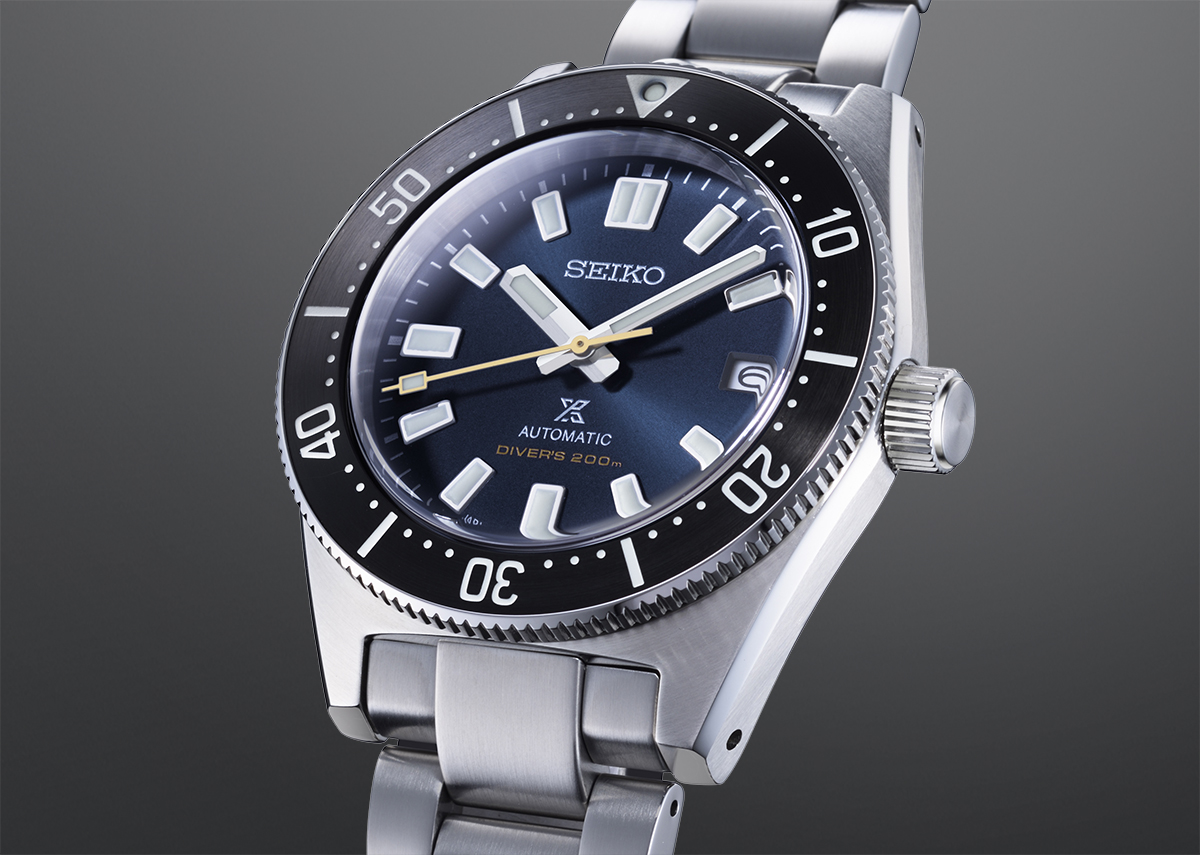 In addition to these three SLA series reissues, Seiko also unveiled the SPB149. This watch is yet another take on the classic 62MAS, featuring a (normal) stainless steel case that has been slimmed down to feature a lower center of gravity. This watch will feature the 6R35 caliber automatic movement and come with both steel and rubber strap options. The SPB149 will be available in a limited edition of 5500 pieces.

There is a lot to unpack with these three releases; 55 years of making designs that have ultimately become synonymous with the term “dive watch” is a remarkable accomplishment. All three of the watches Seiko has chosen to commemorate are noteworthy and deserve the attention. For my wrist, I love that they have updated the movements. These new 8L series movements are top-shelf and will make for excellent timepieces. In addition to that, I would be very curious to see Ever-Brilliant Steel in person.

The SPB149 poses an interesting addition to this lineup. It’s still based on the 62MAS but is reimagined. I like the bracelet, and I love the handset. With the lower price point and wider edition, these should be a little more prevalent once they hit the market.

Additionally, it’s worth pointing out that at least the 62MAS has received a reissue once before from Seiko. The SLA017 back in 2017 was Seiko’s first re-creation of this particular timepiece, which we covered here. Similarly, Seiko followed the same formula using a modern upgrade movement (the 8L35 in this case) and a sapphire crystal. These two changes effectively bring this watch into the modern age. 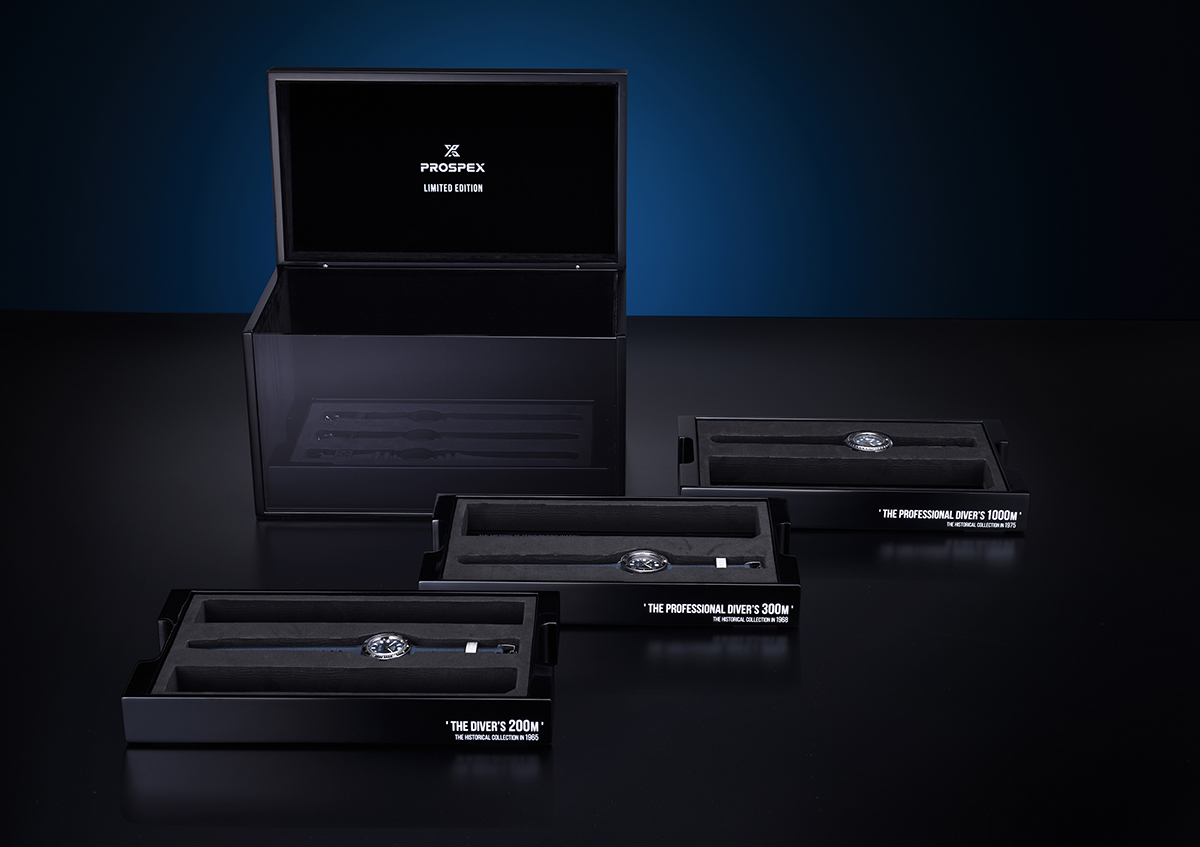 Seiko did well on these three pieces. These releases are all designed after watches much beloved by the watch community, and I believe that will serve them well. These watches will be released on a staggered schedule starting in June of 2020. The SLA037 will be released first. It will be followed by the other two in July and August. All three watches will come in a commemorative box with blue rubber straps that match their dials. The SLA037 will be available for €6,500,the SLA039 for €7,000, and the SLA041 for €4,500. The SPB149 will be available in a limited edition of 5500 pieces for €1,350 starting in June. For additional information on these watches, head on over to seikousa.com. 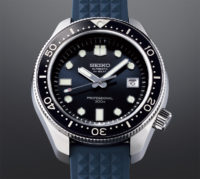