I’m an outdoorsy type, so watches of a rugged nature catch my eye. A traditional steel sports watch is tried and true for a good hike, but there’s plenty of room for the more “out there” look. Enter Ardor & Forge. The name means Passion and Create, and there’s no way around it, the brand’s first watches are creative. I have the Rothrock Juanita (White) and Rothrock Seeger (Blue) here for review. There are two other models available on the website. For clarity, the watches are identical minus the dial and strap, so aspects such as comfort and feel that don’t apply to the aesthetics will be identical.

At the core of Ardor & Forge is Zack Rachovan, an avid outdoor enthusiast in the heart of Pennsylvania. He started his career as an industrial/graphic designer, knowing full well his end-game was to design watches. His biggest influence is Rothrock Nation Park, hence, the Rothrock is his inaugural design. The Rothrock comes in various colorways, including a white, black, blue, and (my personal favorite) green dial. Each is named Thickhead, Seeger, Detweiler, and Juanita, respectively, after various regions of the forest. Rachovan has a passion for conservation efforts in Rothrock and aims to aid those efforts through Ardor & Forge. I always applaud a watch that comes with a story of how it makes the world better. 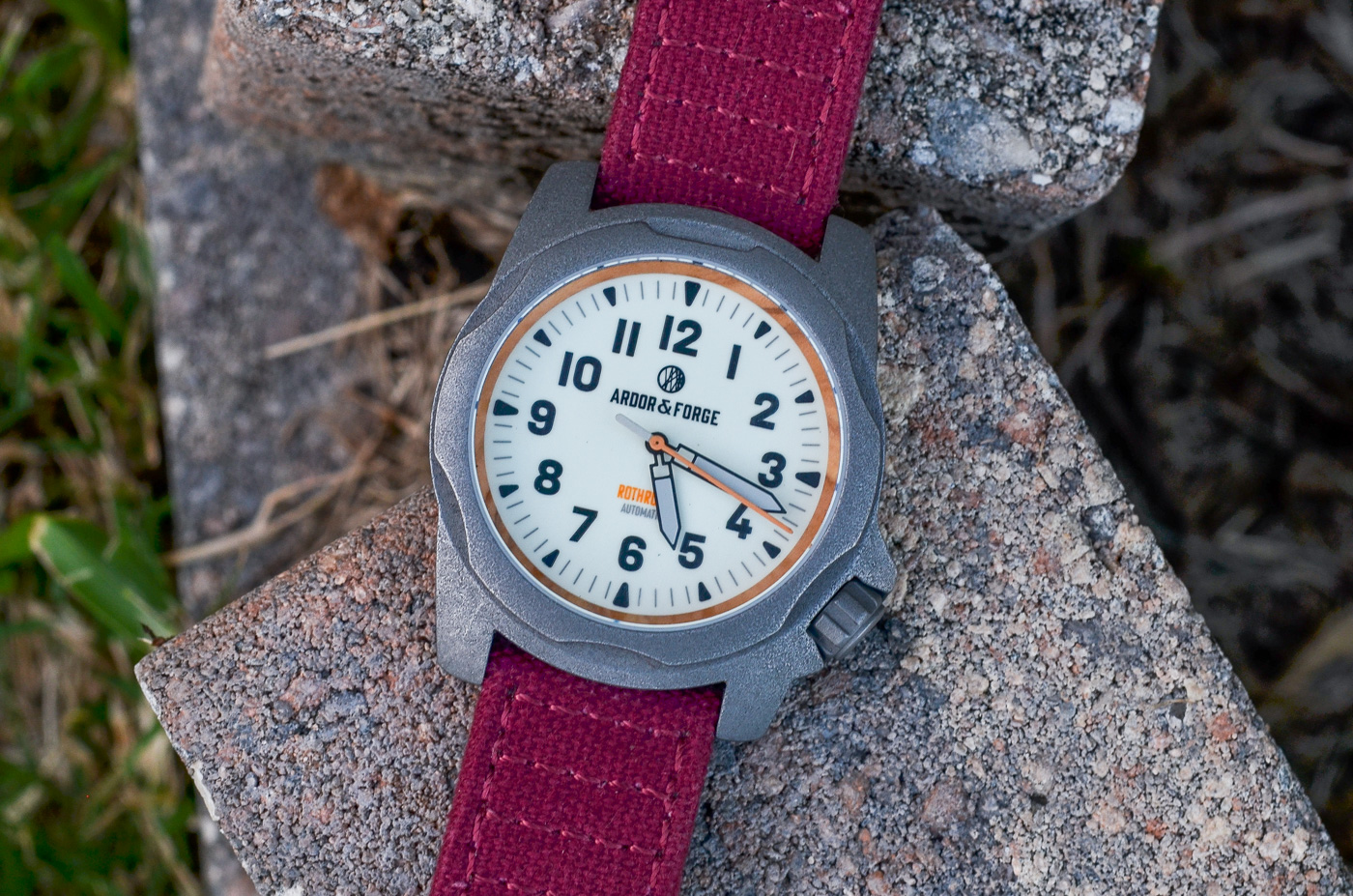 The case is the first eye-popper on the watch, hands down. In lieu of a PVD, or a brushed case of a more traditional rugged look, Rachovan opted for a proprietary texture called “sand-casting,” which makes the metal look raw. When I first saw images, I was really not a fan. It felt unfinished. But on the wrist, in the metal, this is a seriously unique and cool look. It feels as though medieval blacksmith forged this watch; the more I wear it, the more I like it. The Rothrock also features an oak tipped-crown. This is one of three distinct oak accents on the watch. 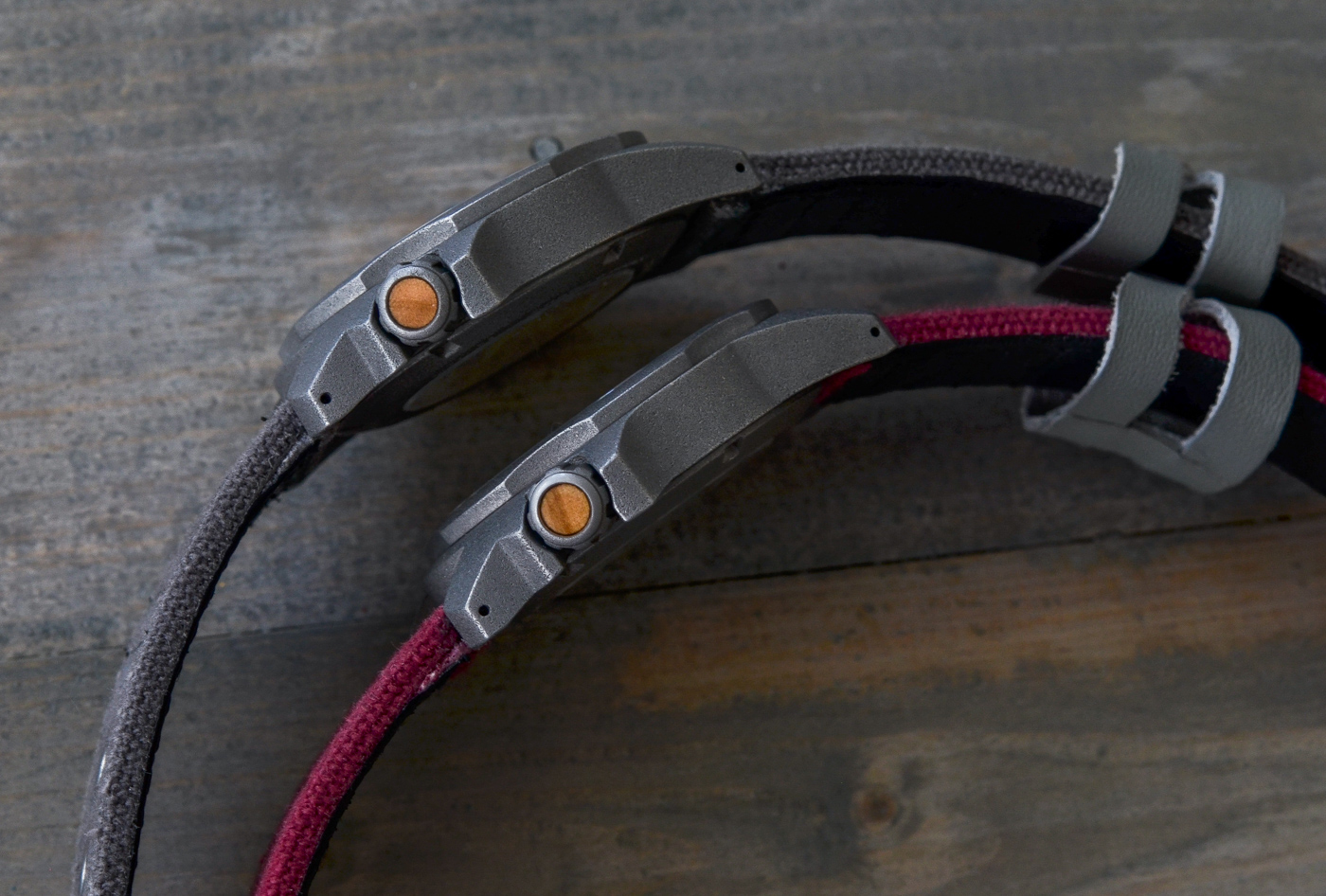 The case measures in at 42mm, but wears a bit bigger due to the thickness of the strap (more on that later) and the screw-down crown at 4 o’clock. Overall, it wears well. It’s thick, 12.4mm to be exact, but it doesn’t irritate or catch on door frames. The watch comes fitted with a sapphire crystal on the front and back and it has a 100-meter water resistance rating, so it’s sufficient for hiking. One benefit I found is that, due to the nature of the case aesthetic, I was less concerned with banging it up. It felt sturdy, and dings won’t be as noticeable with the sand cast finish. 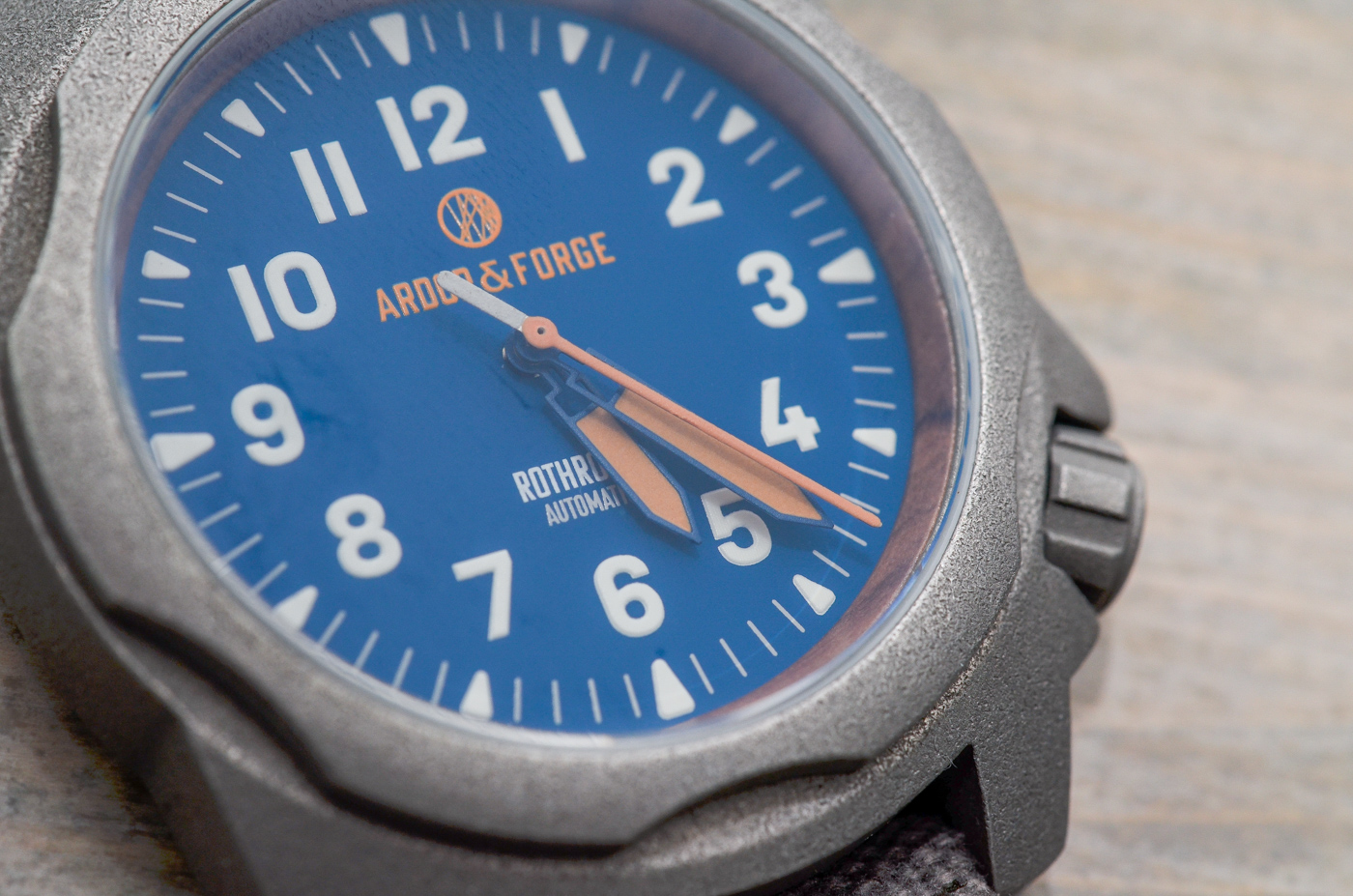 The case is the focal point, but the dial does have its own spotlight. One of the cool things Rachovan does with the watch is feature a cool oak-accented chapter ring around the edge of the dial. This, in my opinion, adds character to a watch that does a good job of channeling proper design, without delving into kitsch. The pairing allows a sense of the raw nature of the design. Wood watches are a point of contention in the community, and I find it fairly hard to connect with the seemingly endless number of wooden designs. So, I applaud Rachovan for using wood to complement the design instead of using it as a base. 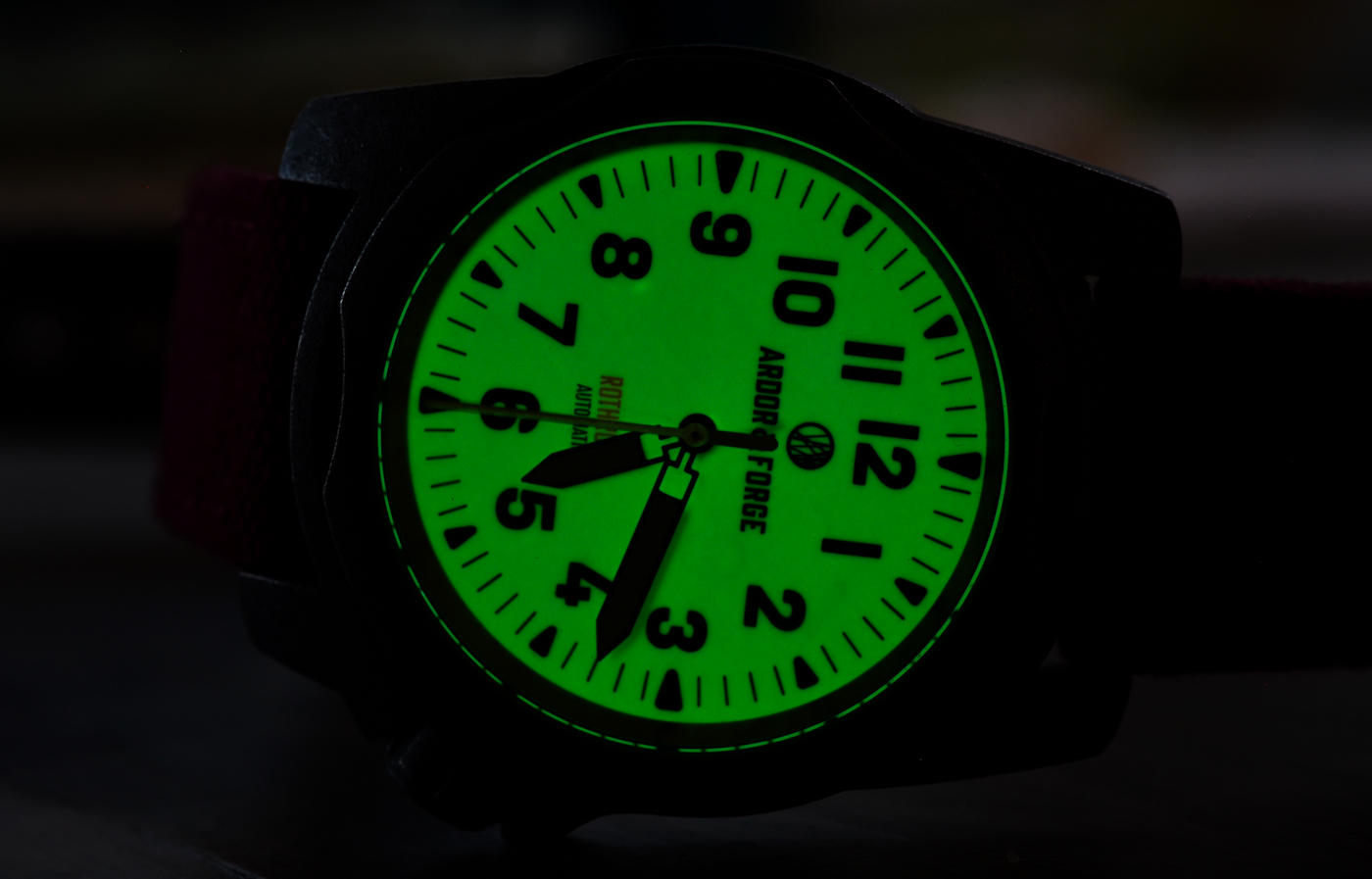 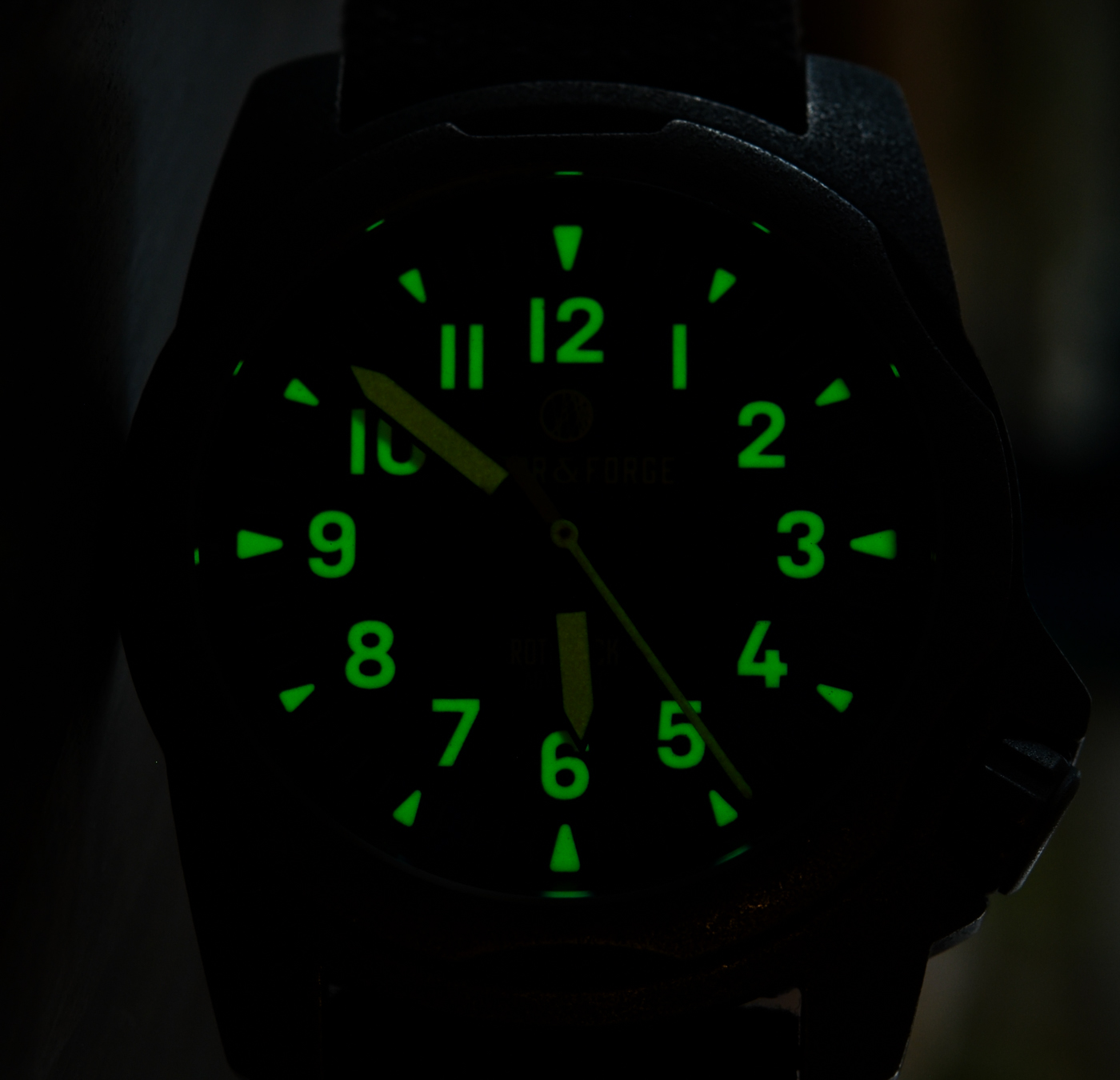 Both watches feature a field watch-style dial that gets the job done. They are superbly legible, though I did find that the cream handset against the white dial on the Juanita could get lost in certain positions. I think going with solid black hands would have been a better approach. The lume is great on both, with the distinction that the Seeger has a more traditional lume treatment, while the Juanita gets the full lume dial treatment. Overall, the dials don’t necessarily bring anything new to the table but fit the overall aesthetic of the watch. 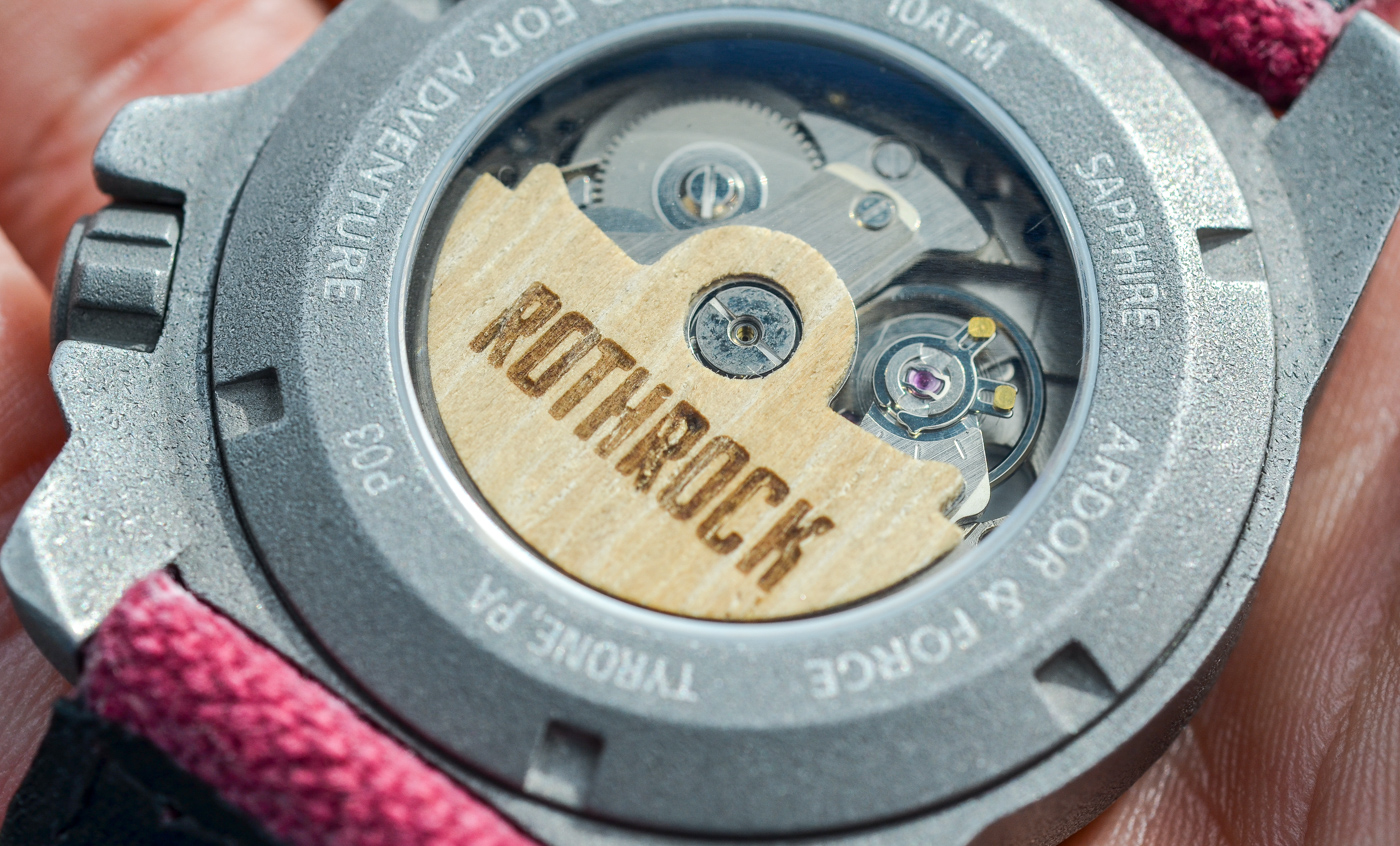 Inside the Rothrock is a fairly standard Seiko NH35 automatic movement. It has the usual specs — 21,600 BPH, 41-hour power reserve, hacking seconds with hand-winding feature. Through the sapphire caseback when you turn the watch over, you’ll find something a little different. The rotor features a thin slice of stained oak to match the chapter ring on the dial. While I do have some questions about longevity, it looks great. It’s not something I’ve seen before, and I can’t deny that I find it attractive. It ties the watch together and pops against the case. It doesn’t feel out of place, and I personally feel like it’s a nice cherry on top of the whole package. 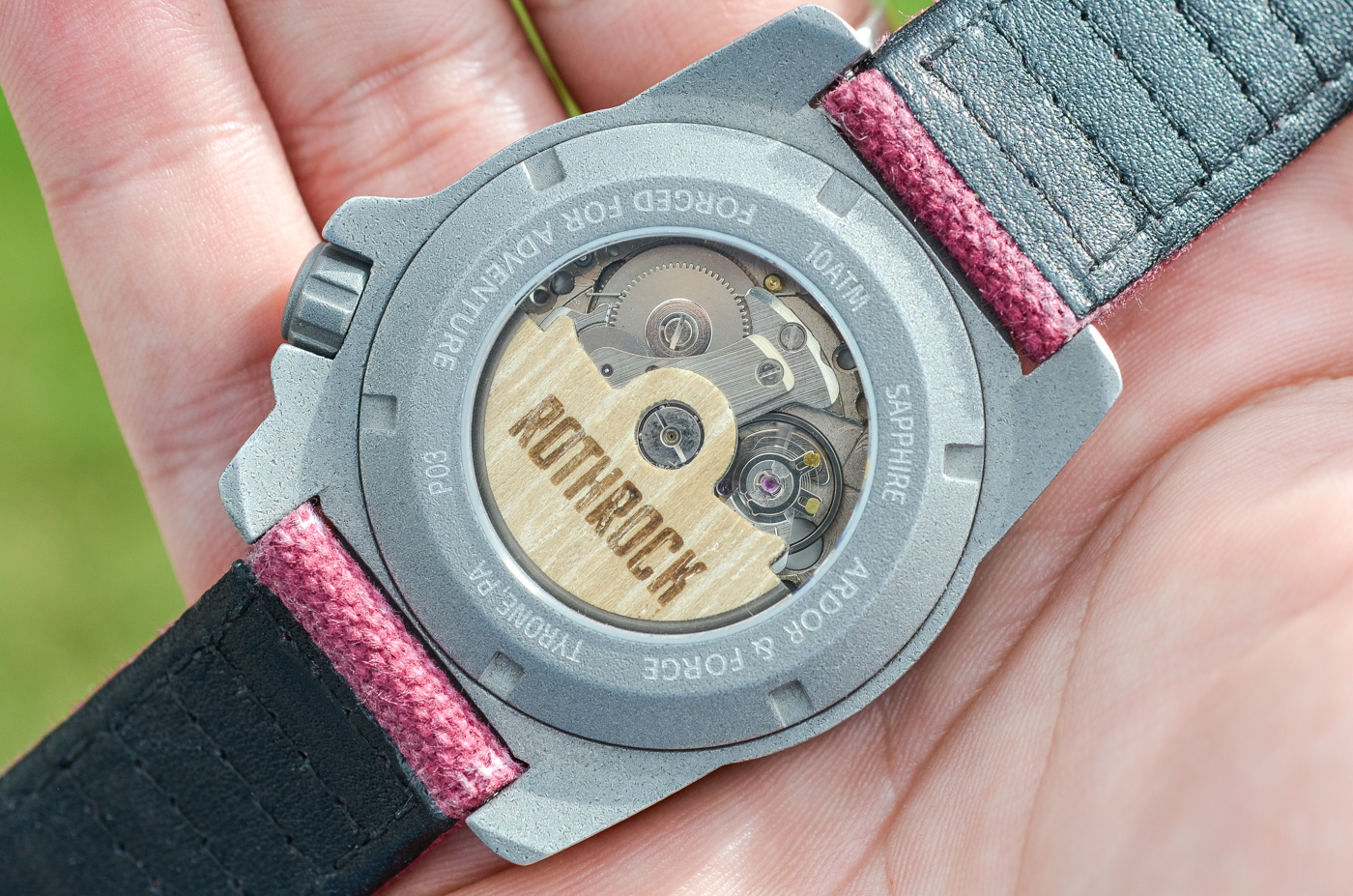 My only complaint about the watch is with the straps. The straps I received were canvas with a leather underbelly. They were thick and stiff and didn’t have much play. The strap felt ill-fitted to the drilled lugs, which led to clicking when making wrist adjustments. While recognizing these are likely prototypes, I found the straps disappointing. Things like typing, eating, and reaching into your pockets would cause the inch-thick foldover at the clasp to catch. I found myself often tugging on the watch to keep it straight because the strap offered no play and easily shifted when it got caught. 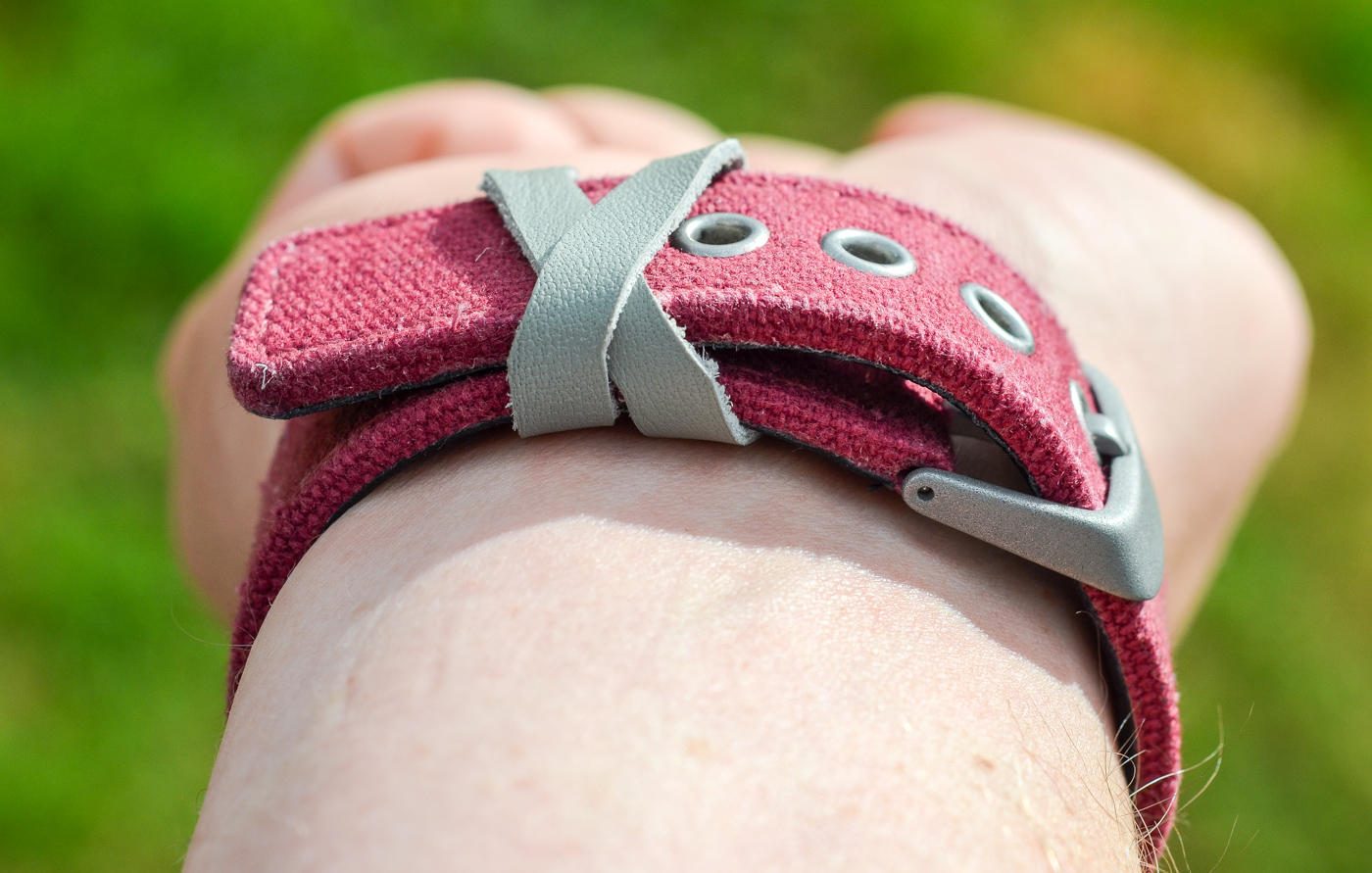 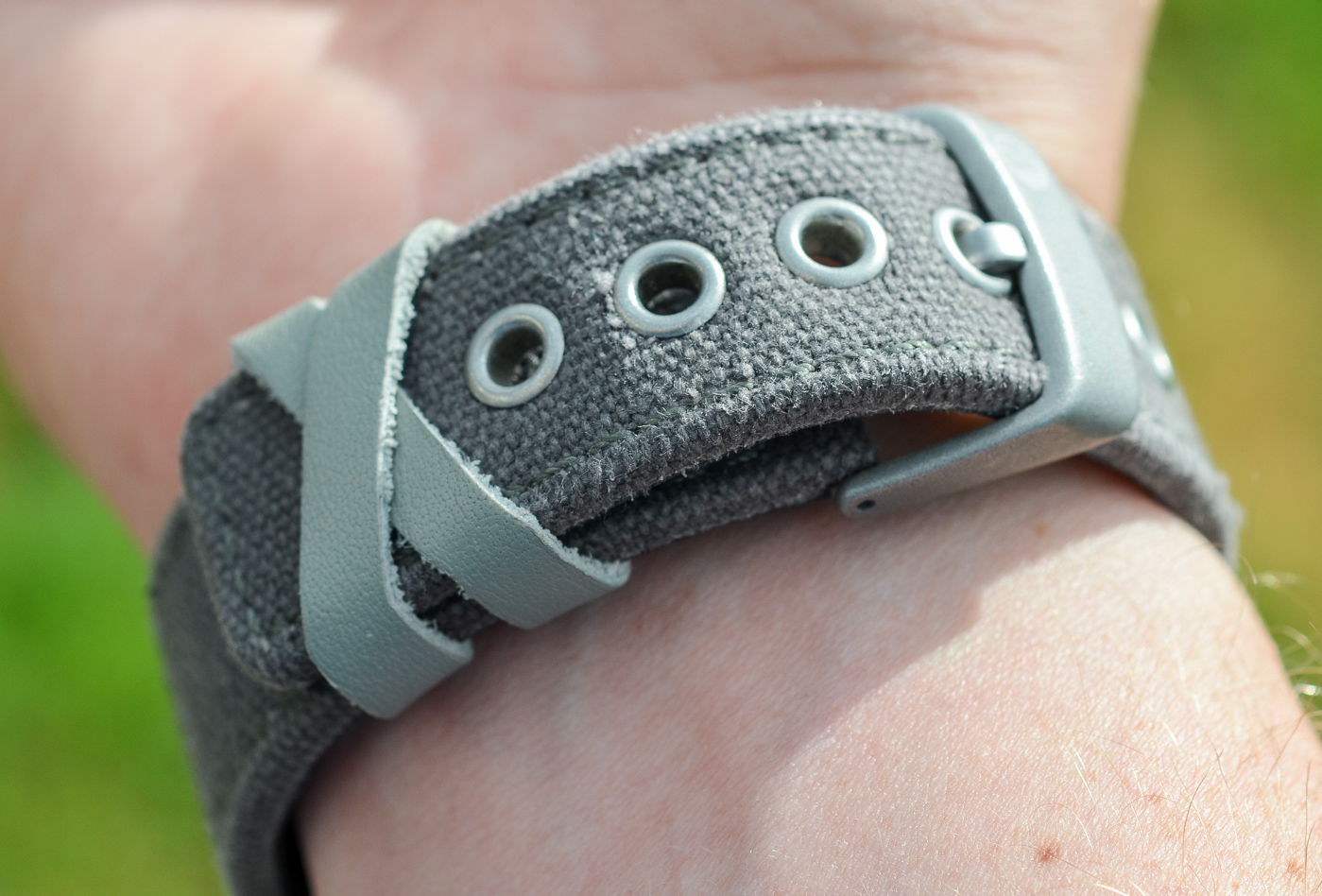 The brand offers an optional Horween leather strap that I would 100% spring for if picking up this watch. I like the look more and would imagine it would be much more comfortable. I think a few textured rubber straps would also benefit the brand, especially with the hiking and outdoor influence. 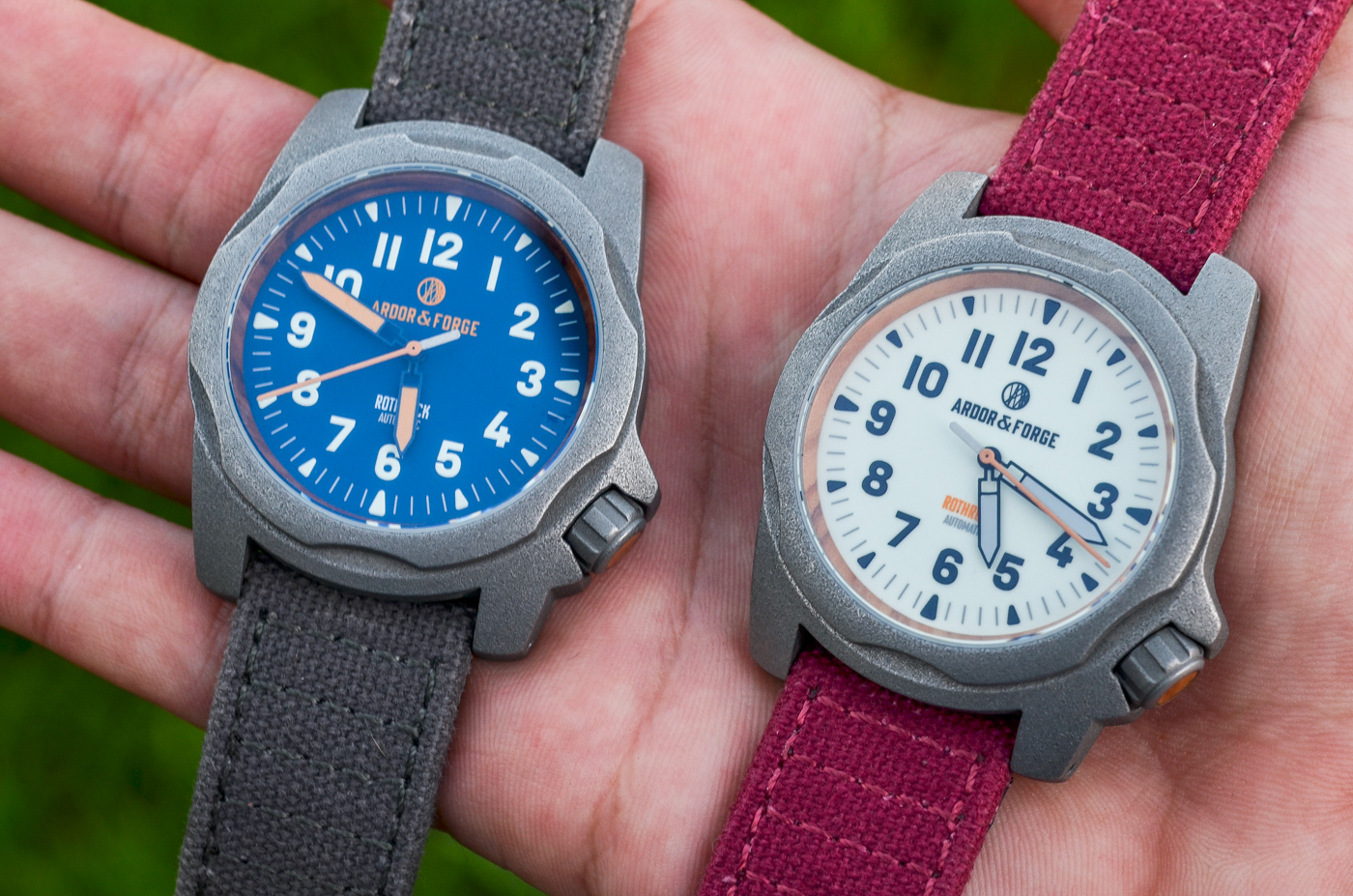 Overall, I found the Rothrock Collection to be a great first run from a designer. Rachovan has done a good job of making a functional and unique watch without making it feel unfamiliar. Often, in an effort to stand out, first-time watch designers over-design a watch to its detriment, and that didn’t happen with the Rothrock. It’s simply a great-looking watch. And the idea of a portions of the proceeds going toward conservation efforts dials up the charm. There’s plenty of un-interesting affordable watches out there, so I applaud the brand for releasing something against the grain. Pun intended. Price for the Rothrock is $550, but the pre-order price is $375, a price I find more fitting for the watch. Learn more at ardorandforge.com. 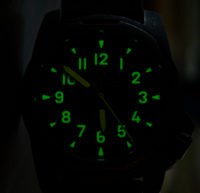