In an unsurprising turn of events, Audemars Piguet has re-focused its attention to its past designs. The Audemars Piguet Remaster01 Self-Winding Chronograph is a new watch release for 2020 that reiterates the handsome design of a 1943 original in a slightly confused, albeit still very good-looking package. 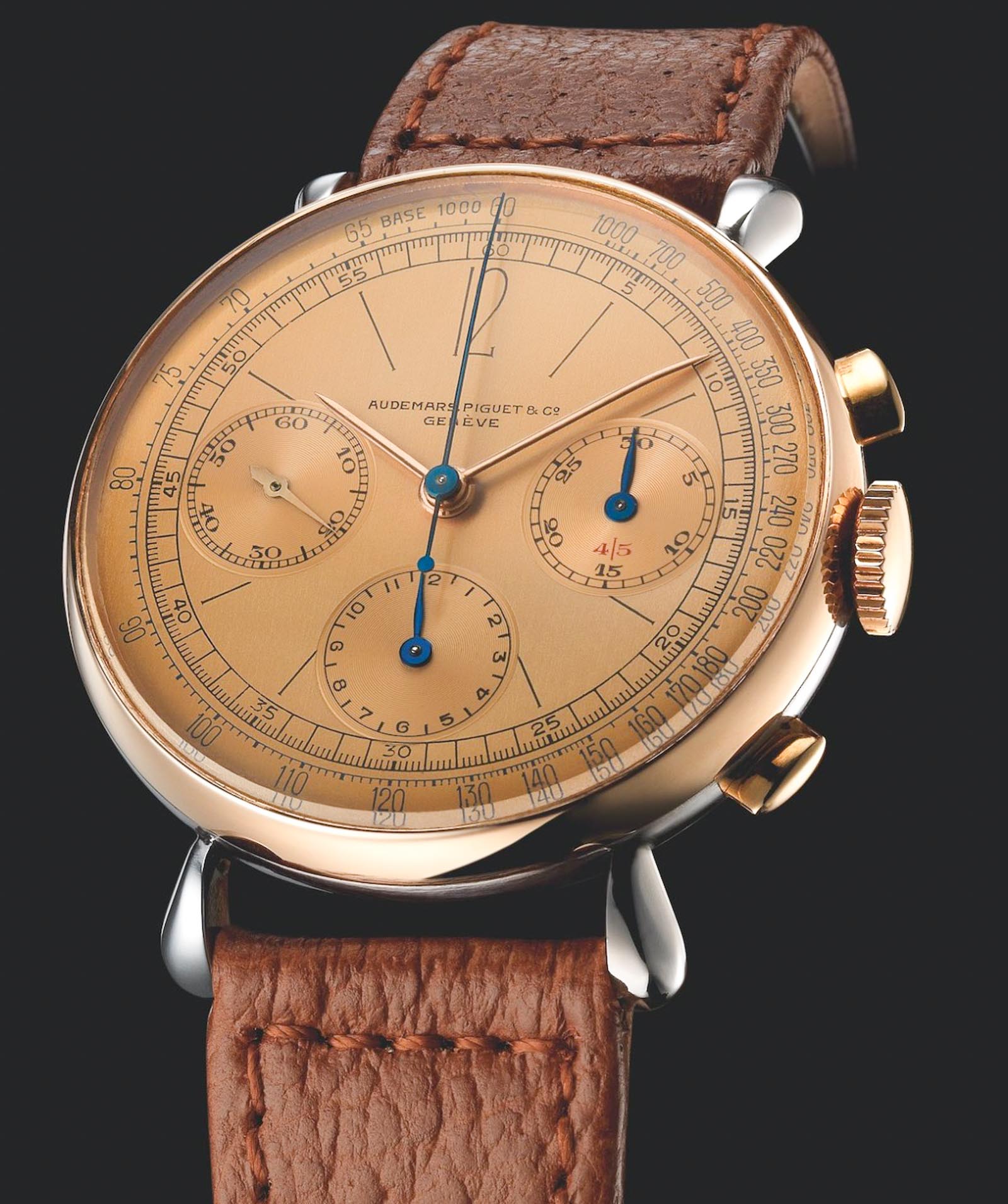 The original we are referring to is the Audemars Piguet Reference 1533, a three-register, two-tone (in some versions), 36.5mm wide, hand-wound chronograph produced in extremely low quantities in the early 1940s. The Remaster01, or [Re]master01, takes the core components of that aesthetic, namely the tear drop lugs, two-tone case construction using steel and 18kt pink gold, and the three-register dial layout — a truly exotic detail for the time. 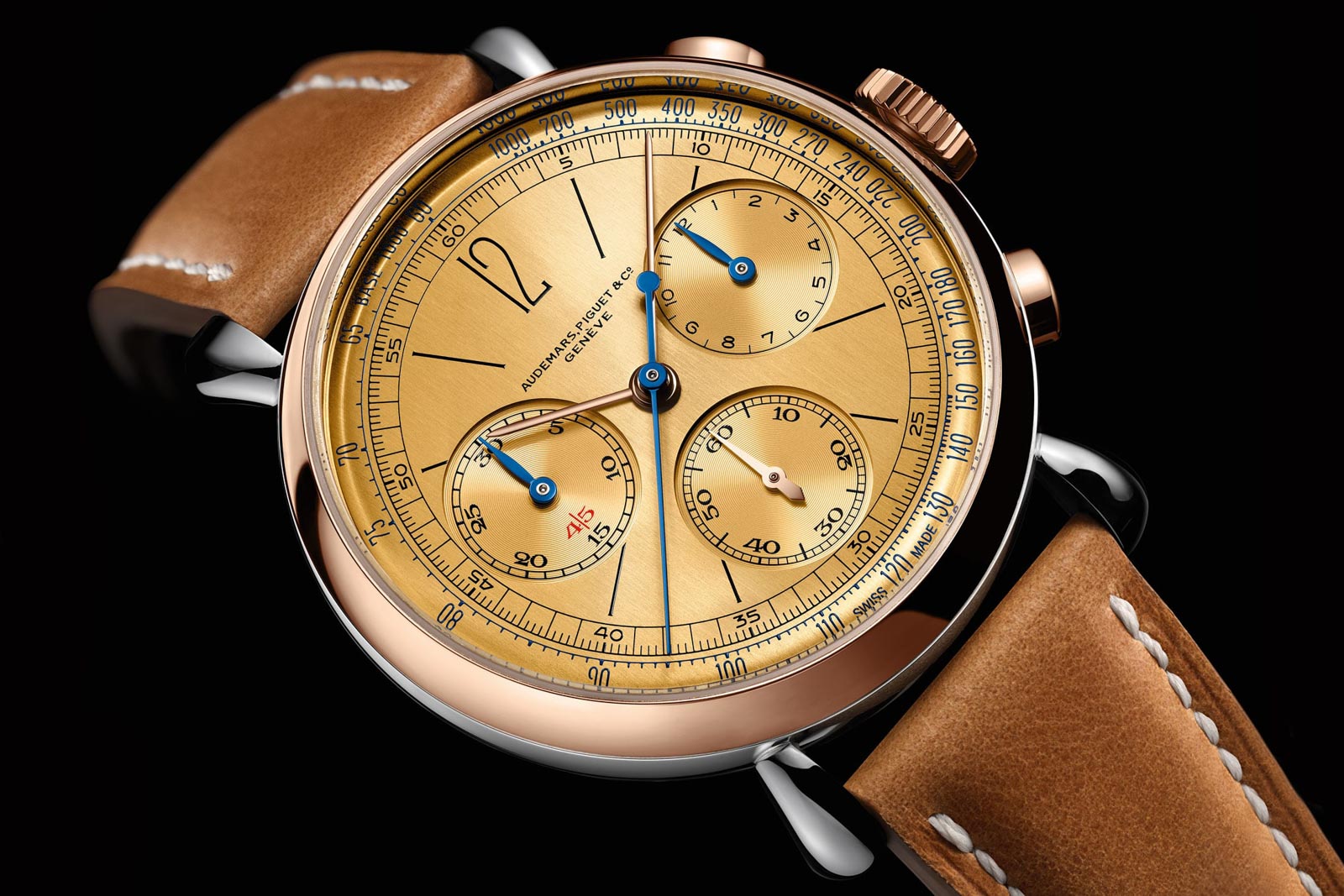 There have been some considerable changes performed as the 1533 gets a new lease of life in a new millennium. First of all, replaced is the modest size, now inflated from 36.5mm to 40mm. 36.5mm would be perfectly acceptable today — just think of a Day-Date 36, or some smaller Breguet watches for some hard proof on that. Audemars Piguet’s choice of name with “[Re]master” works great in that it implies how the brand does not intend to create exact reproductions of its historical originals. Given limitations in original movement and other parts availability, that would be a tall order… Though far from impossible, and we’ll say some more on that a bit later. 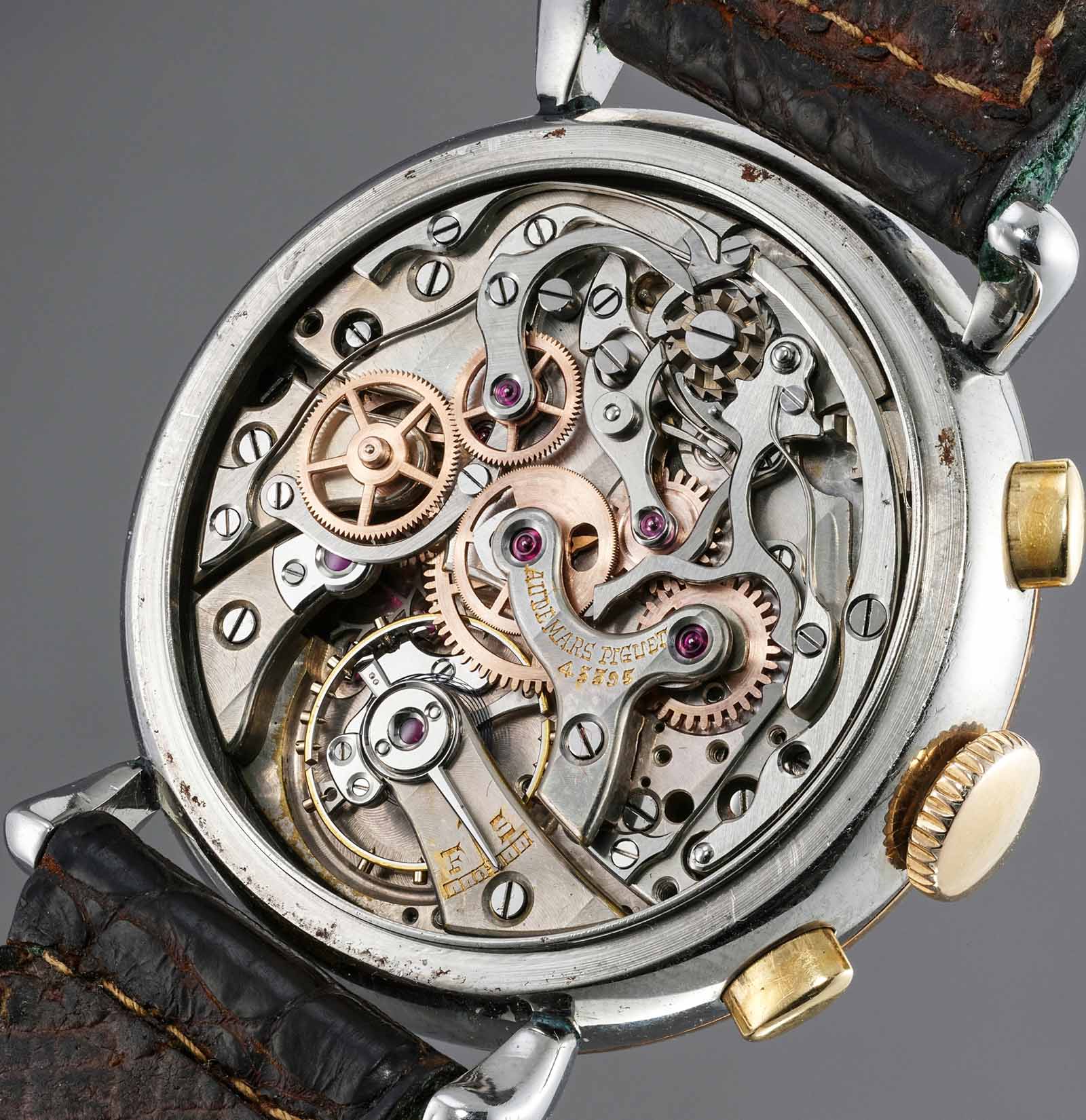 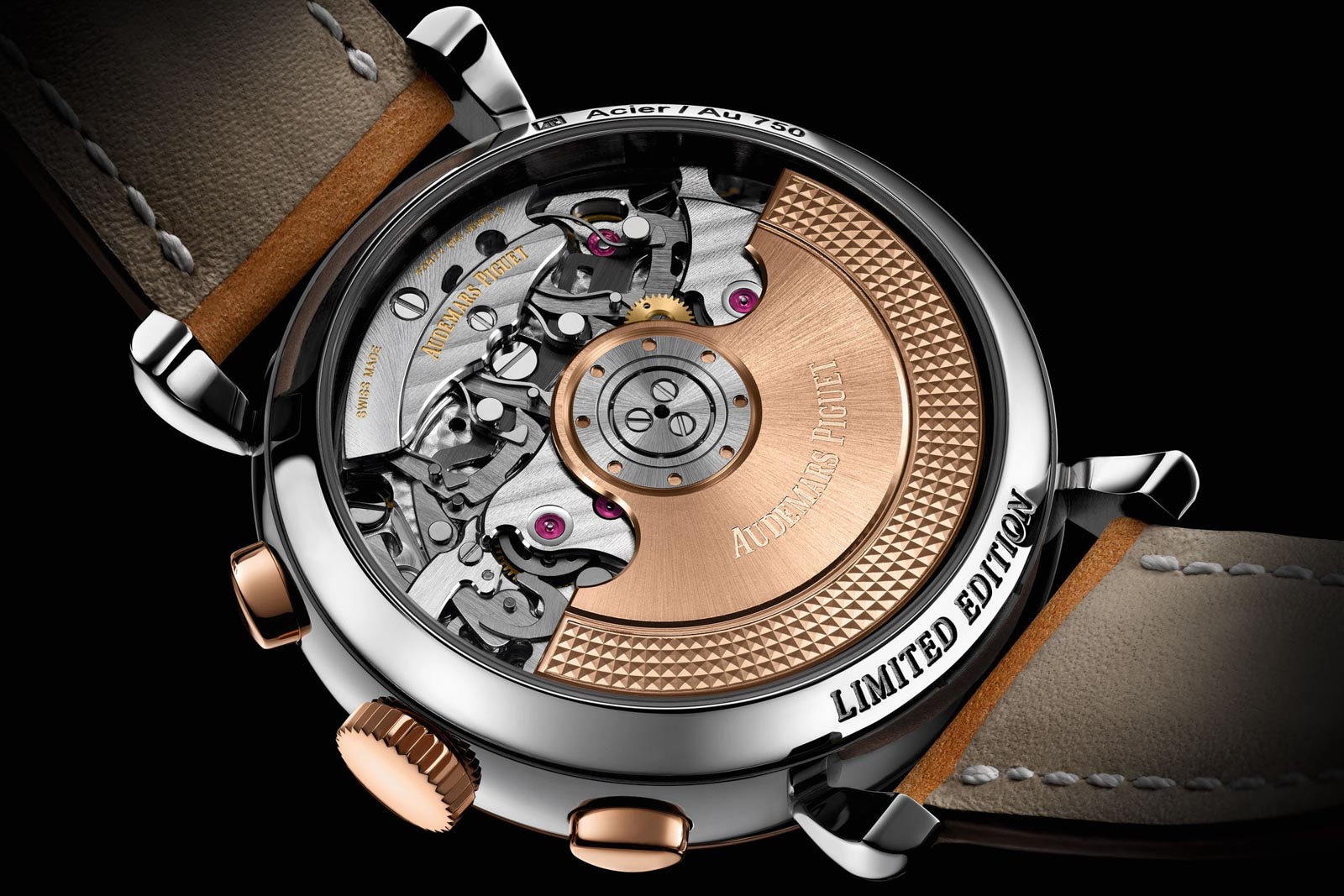 Also gone is the glorious, hand-wound Valjoux 13VZAH caliber, in favor of the brand’s recently launched automatic chronograph caliber 4409 from Code 11.59 (where it was called 4401). The two changes may very well be intertwined: the 4401 caliber measures 32mm in diameter, over 2mm more than the Valjoux original… And the caseback image already reveals how Audemars Piguet has done all it can to shrink wrap the case around the movement as much as possible. 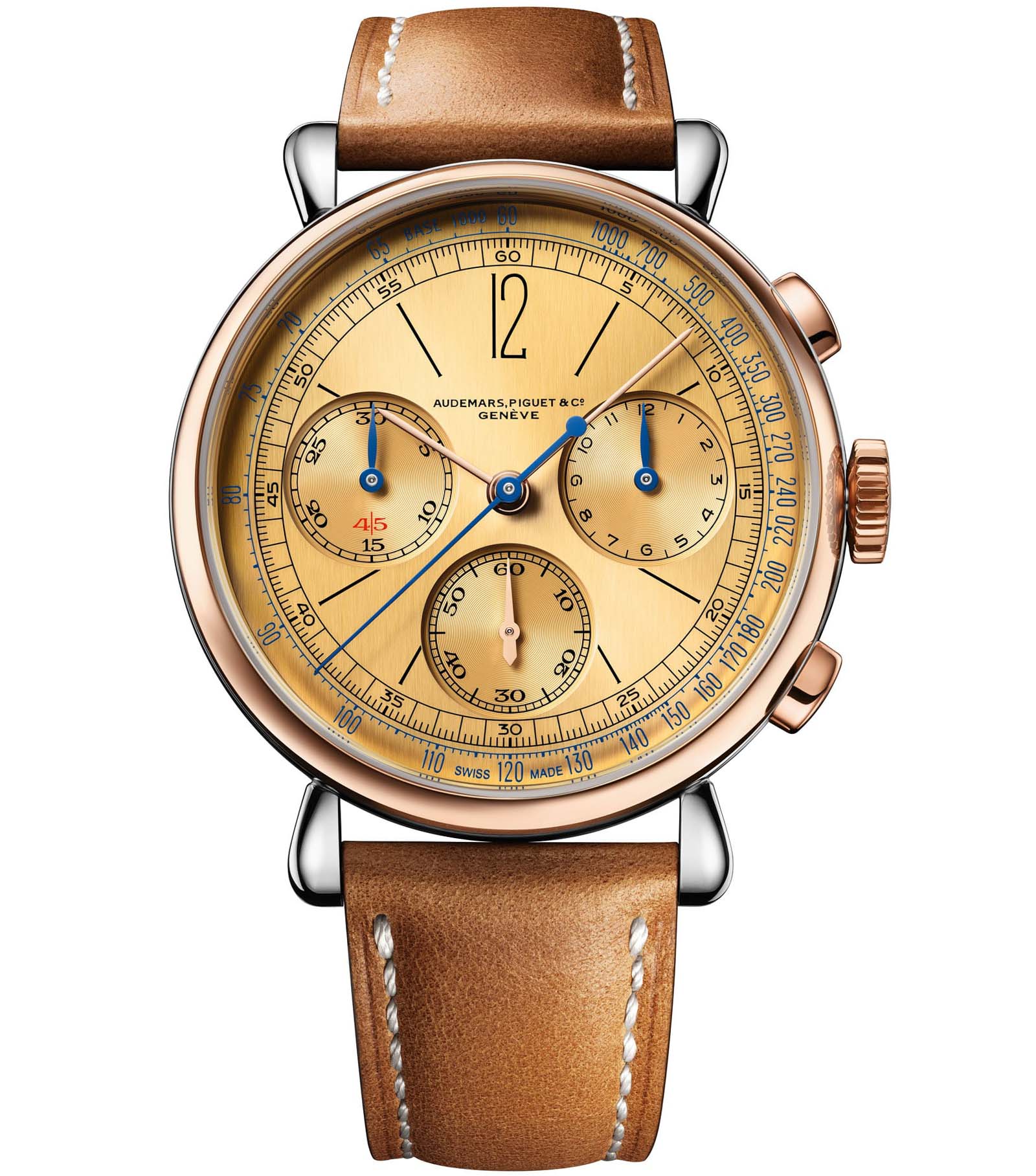 The eagle-eyed among you will have noticed how the dial layout has also been changed: it just so happens that the modern movement has a completely different sub-dial layout, where all three of the subsidiary indications are in another location than on the Valjoux 13. Audemars Piguet had for long been given a hard time over not producing its own manufacture chronograph caliber — relying on a base in-house AP movement with sourced modules on top instead, all the while, let’s be honest, pricing itself comfortably among competition with proprietary movements. Over all the noise around Code 11.59, this new caliber may have been disregarded by many, but it is a quality movement that is almost reaches up to the heights where Audemars Piguet likes to think it is. In its Caliber 4401 version, it comprised 367 beautifully finished parts.

At the start, we referred to the Remaster01 as a good-looking, albeit confused package. Here’s why. The Audemars Piguet Remaster01 Self-Winding Chronograph is priced at a whopping $53,000 before taxes, and is limited to 500 pieces. The steep price for what is a two-tone watch with a simple dial and capable movement with a widely available feature-set implies that this may be for the hardcore collectors, those desperate to throw any caution to the wind just to own a watch that they reckon is a pivotal point in the history of the brand that they love. However, limiting the Remaster01 to 500 pieces kind of goes against that: even at half that amount it would be hard to consider it extremely rare.

Because even if fifty large ones is meaningless for you, your perception likely isn’t. And buying something that your peers are likely to consider as less than great value, will hurt your perception — and for many well-heeled collectors, money isn’t the issue, but the perception of their carefully curated collection, is. 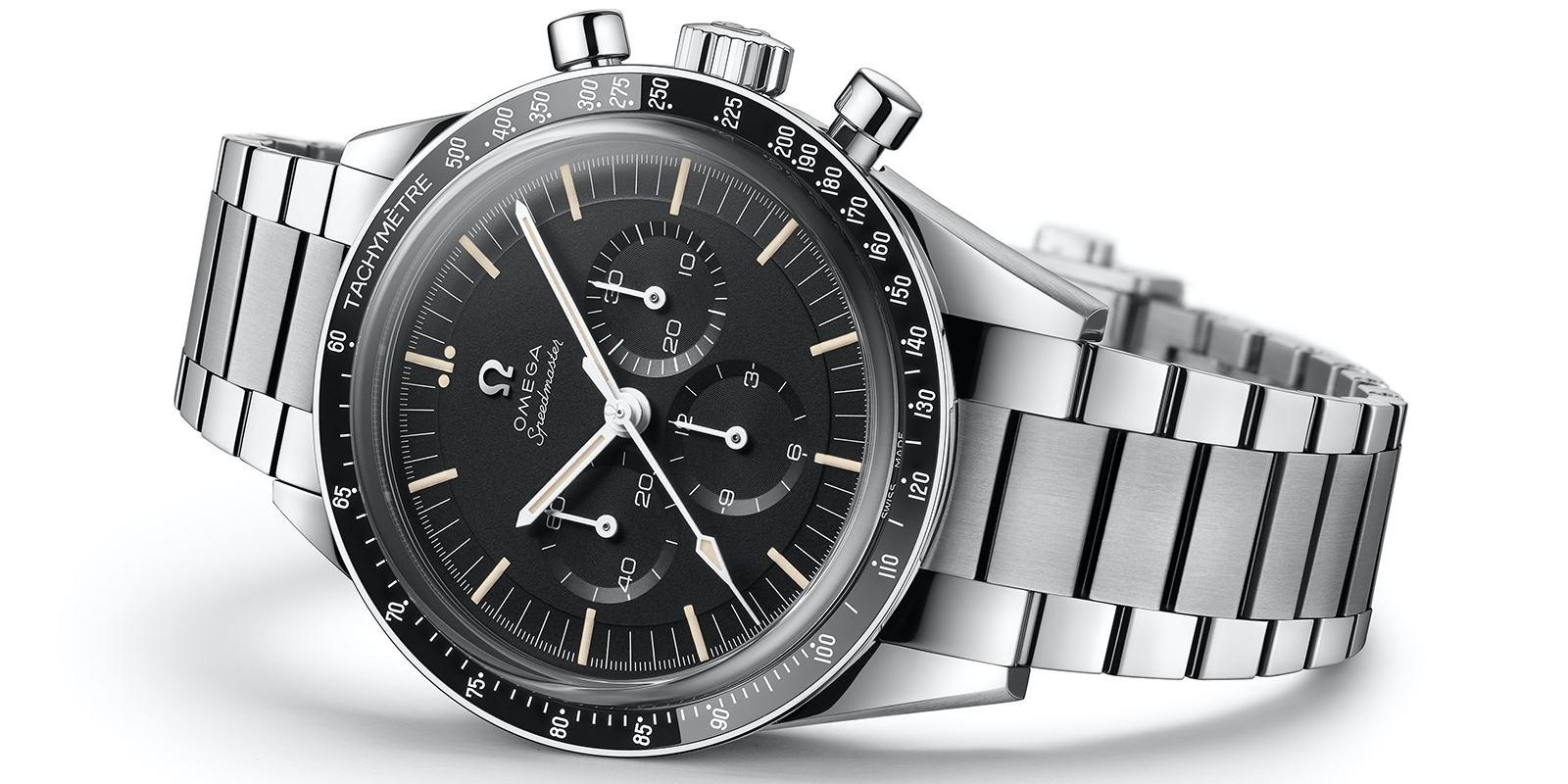 And it’s not like the Audemars Piguet Remaster01 Self-Winding Chronograph is entering into a void, either. Au contraire, the market has some truly strong offerings available right now, all to quench one’s thirst for some vintage-mixed modern horology. Sure, no two brands will have the same resources, financial background and other specificities — but Audemars Piguet has at times really taken things to the next level in stressing its prowess and self-proclaimed superiority. Armed with that, and a billion-dollar turnover, it’s not exactly short of means either. Last, but not least, the resources at a brand’s disposal hardly rank among top considerations to the watch buyer out there looking to get the best value for his hard-earned money. 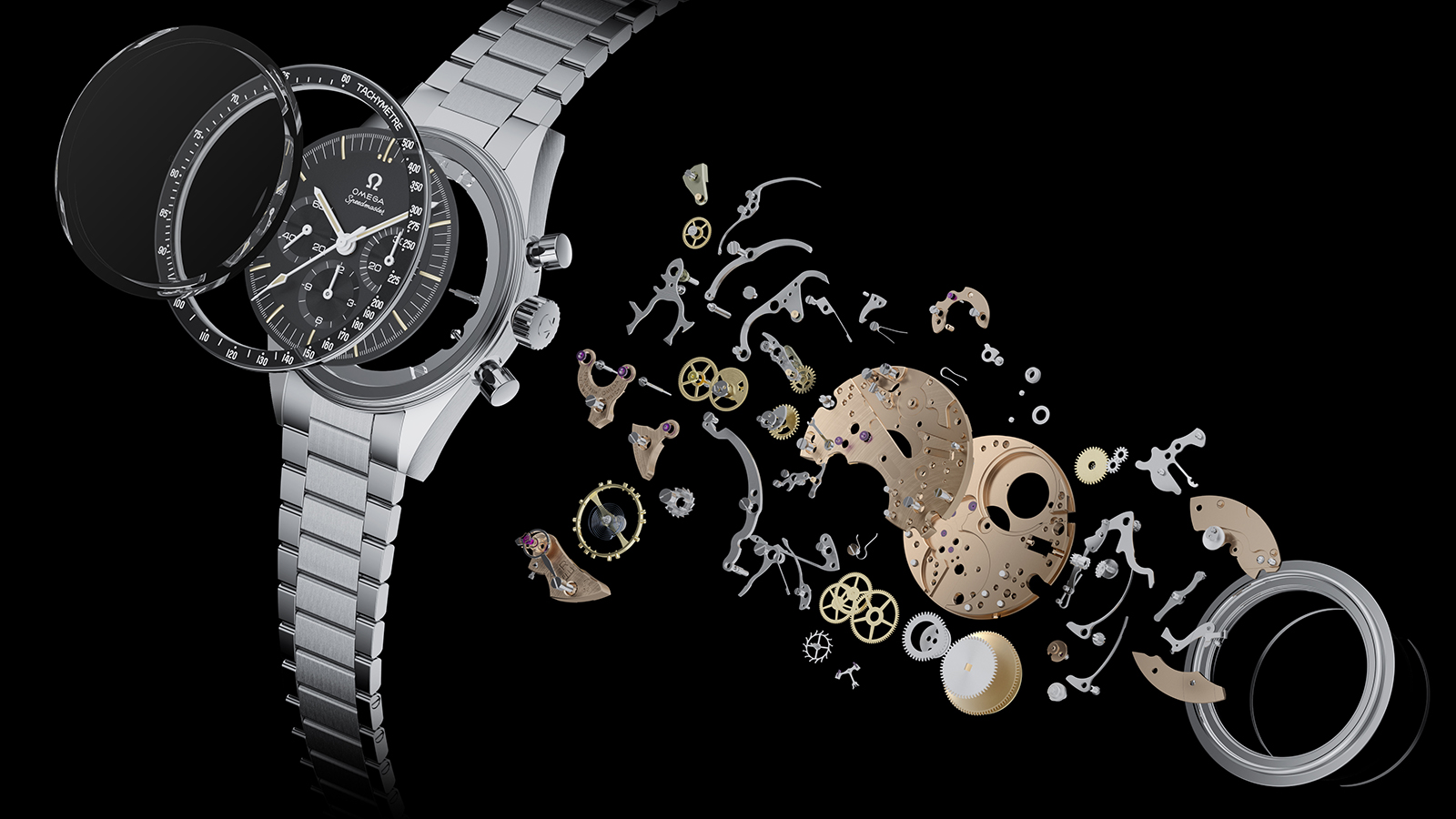 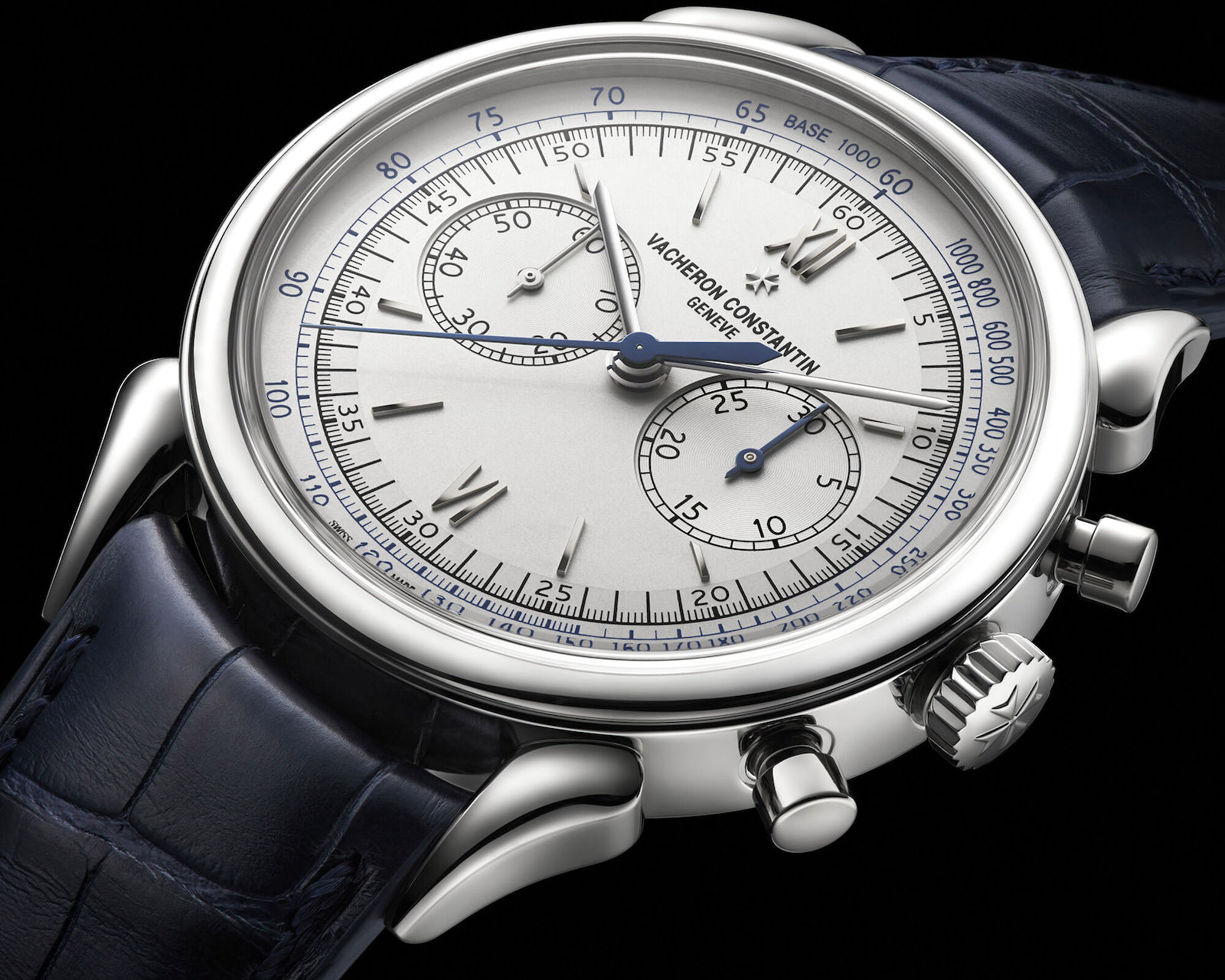 You can pick up the new Omega Speedmaster Ed White for $14,100, with a historically correct Caliber 321 re-introduced at tremendous expense and effort… For 40-grand less. If you are after posher names, you can pick up a Breguet reference 5287 with a solid gold case, hand-guilloche dial and caseback, and to-a-tee hand-wound caliber in the mid-30k range. Even Vacheron Constantin, a brand not exactly famed for its competitively priced alternatives, is some $13,000 cheaper with its Historiques Cornes de Vaches 1955 in steel. 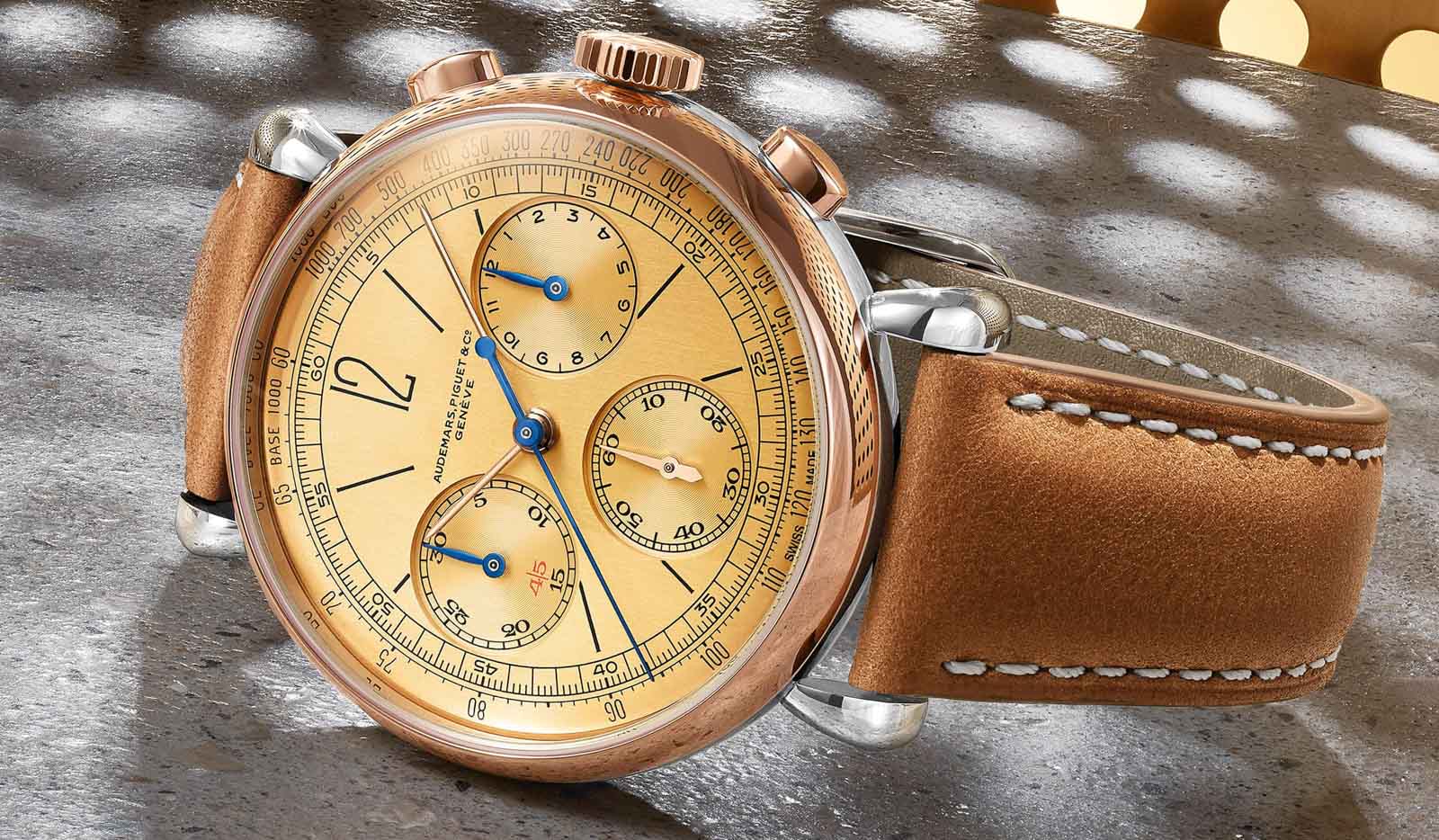 Audemars Piguet has a past rich with absolutely outstanding watches and, on a personal note, I can’t wait for more of them to resurface again in this “[Re]master” form. But from a powerhouse like AP, many collectors will expect more than good looks, a hardly exclusive limitation and a steep, steep price for it to be truly considered as re-mastered.

Price for the Audemars Piguet Remaster01 Self-Winding Chronograph is $53,000, before taxes, and it’s going to be a boutique exclusive. You can learn more about the [Re]Master01 later when it eventually goes live on audemarspiguet.com. 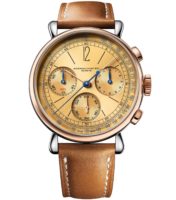 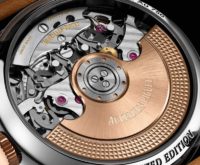 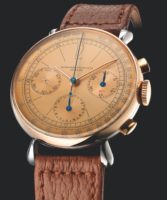 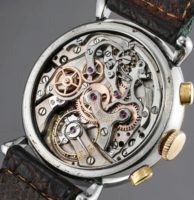