Ever since I watched Ben Saunders and his expedition teammate Tarka L’Herpiniere drag sleds across Antarctica at the end of February in 2014, I’ve been a fan of Bremont. How the young British brand has consistently managed to find itself at the timekeeping center of audacious, off-the-beaten-path expeditions led by immensely talented and amiable characters is entirely beyond me. But that doesn’t really matter. What does matter is that these unique adventures capture the imagination, inform the audience, and might even inspire action in a way that many watch-related pursuits rarely do. And in the case of Bremont, they also routinely yield colorful and capable watches designed around the expeditions for which they were deployed. One such watch is the new Supermarine “Project Possible,” built to celebrate Bremont ambassador Nims Dai’s incredible record-breaking mountaineering expedition that concluded in the Fall of 2019. 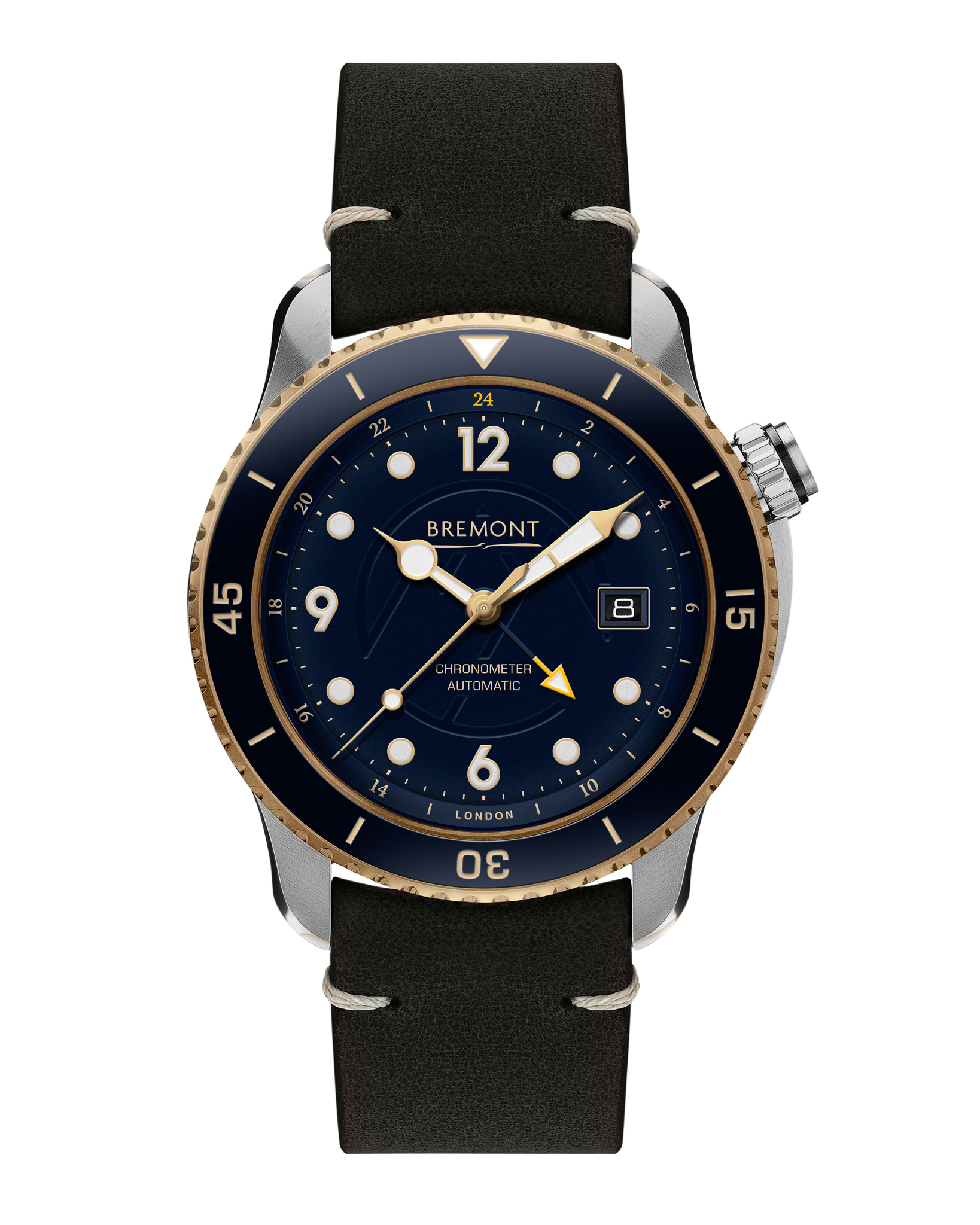 The dial of the Project Possible Limited Edition 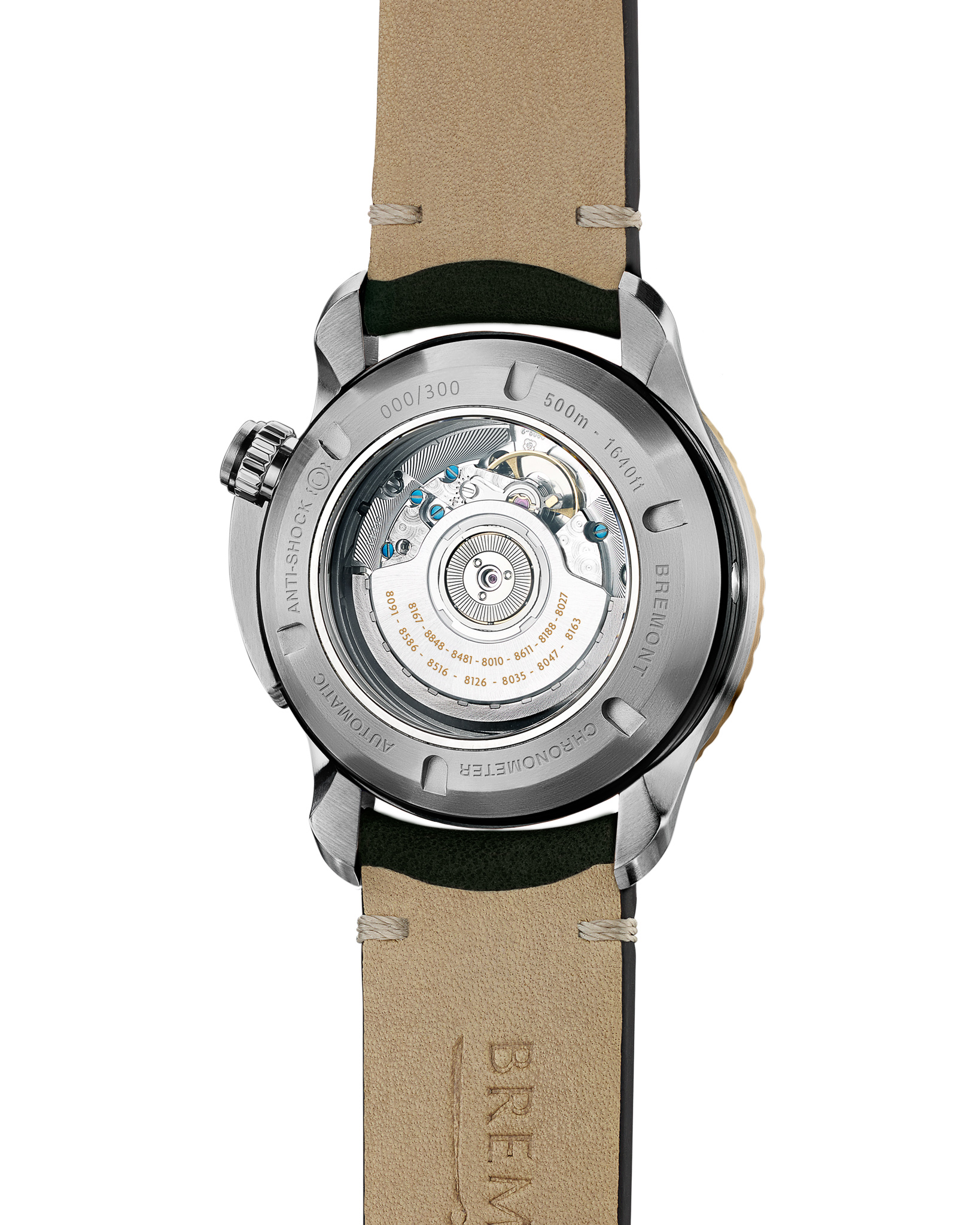 And if this is the first you’re hearing of Nims and Project Possible, the former Ghurka and British Special Forces operator summited all 14 of the world’s 8,000 meter peaks in six months — a record that took its previous holder eight years to accomplish. Nims wore a Bremont for all 14 summits, albeit a white-dialed S300 — a slightly smaller and simpler variant than the Project Possible limited edition being released this week. 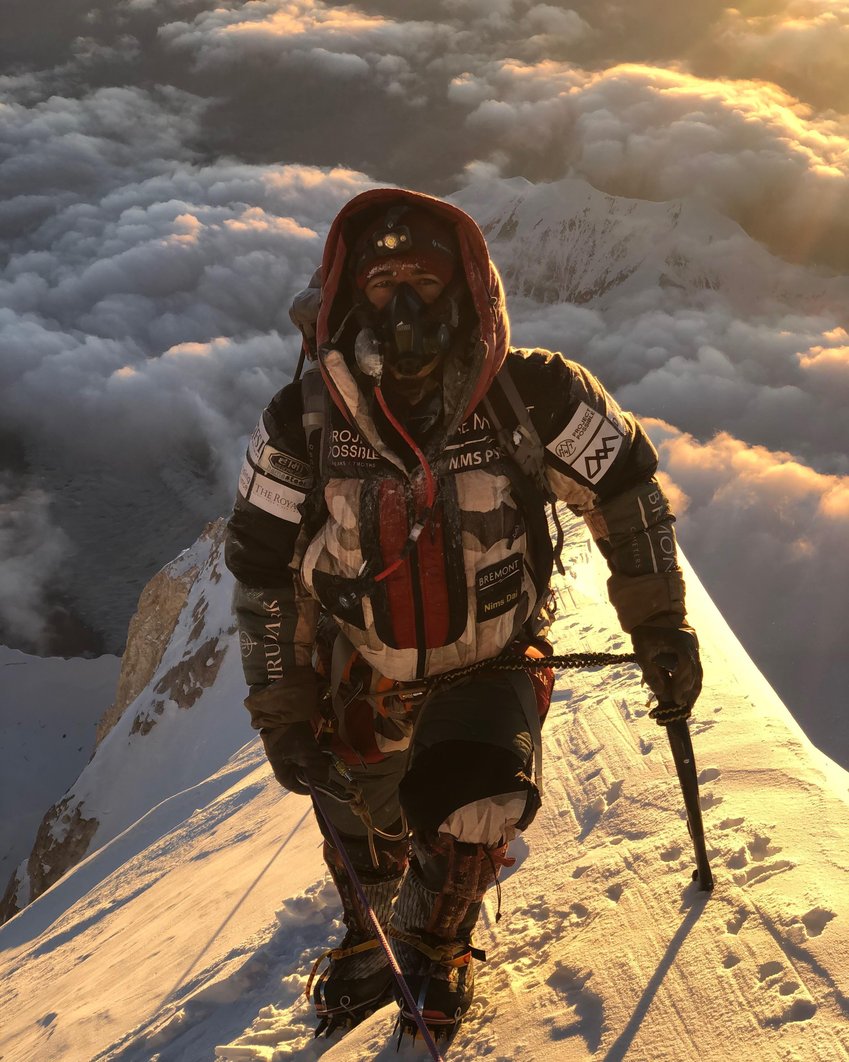 With its subdued navy blue dial contrasted by a cheerful bronze bezel, the new Project Possible watch is the first time Bremont has introduced a solid bronze element to one of its watches, diver or otherwise — and, given the result, I’d hazard a guess it won’t be the last. The multi-piece 43mm Supermarine case itself is aircraft-grade titanium, though — a combination that we’ve seen wear extremely comfortably in other titanium Bremont divers, like the recent Waterman designed for Mark Healey or the Terra Nova and Endurance watches — both designed for a pair of expeditions led by Ben Saunders, including the successful completion of Captain Robert Falcon Scott’s 1800-mile Terra Nova route from the Antarctic coast to the South Pole and back. 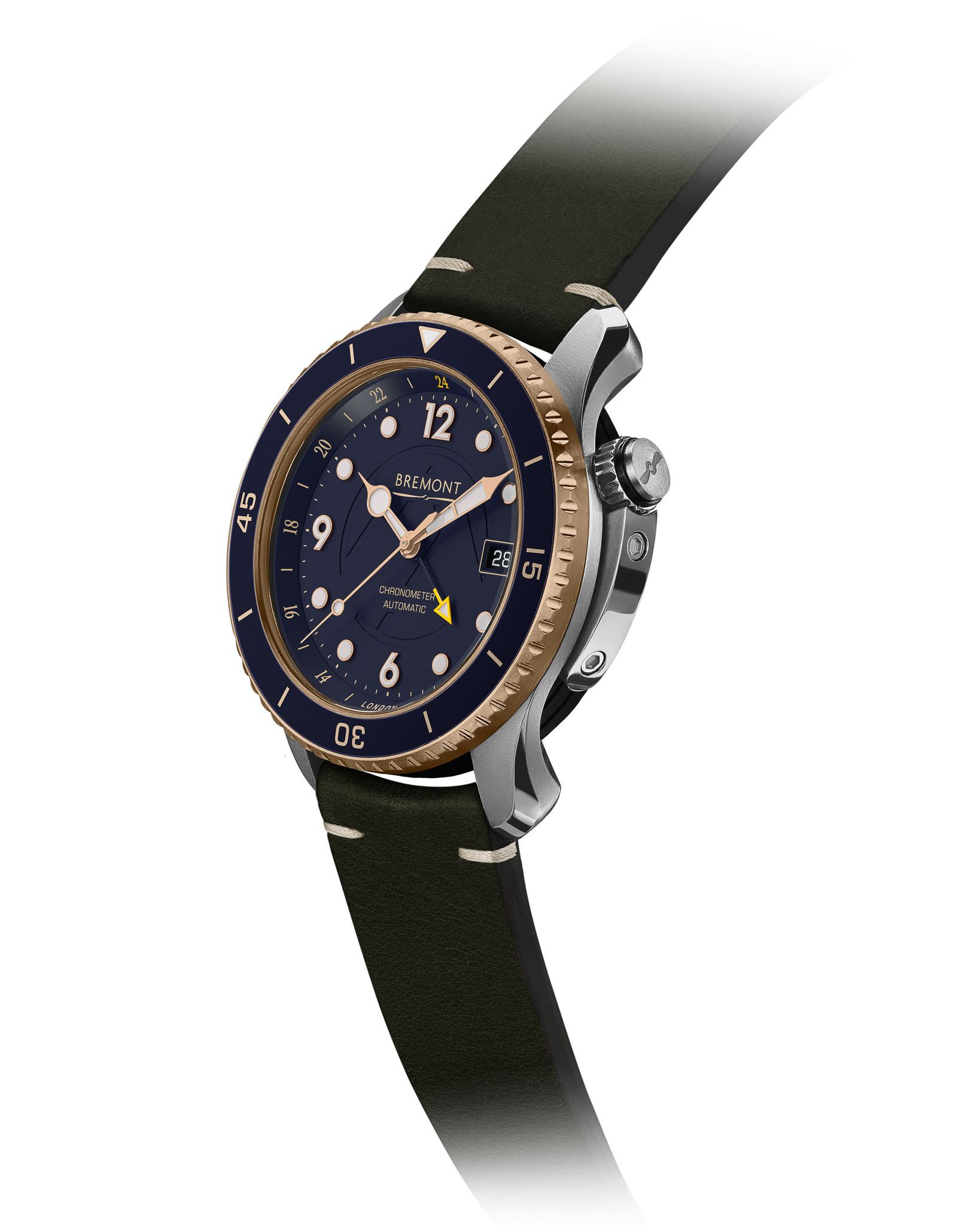 The dial layout differs from the aforementioned examples, though, delivering a combination of applied 6-9-12 elements found on the America’s Cup Supermarines from 2015, and applied circular indices from the standard S500, while deploying the same case and GMT movement execution (using the ETA 2893-2 as a base) of the former. I honestly wasn’t sure what we were going to get after Nims Dai’s historic romp in 2019, but it makes sense that Bremont stuck with the Supermarine platform he preferred, while adding in a bit of extra utility, particularly as a 24-hour hand can be useful in the wilderness to not only track a second time zone, but also as a rudimentary compass of sorts, enabling wearers to orient themselves using the positioning of the sun relative to the position of the the GMT hand. 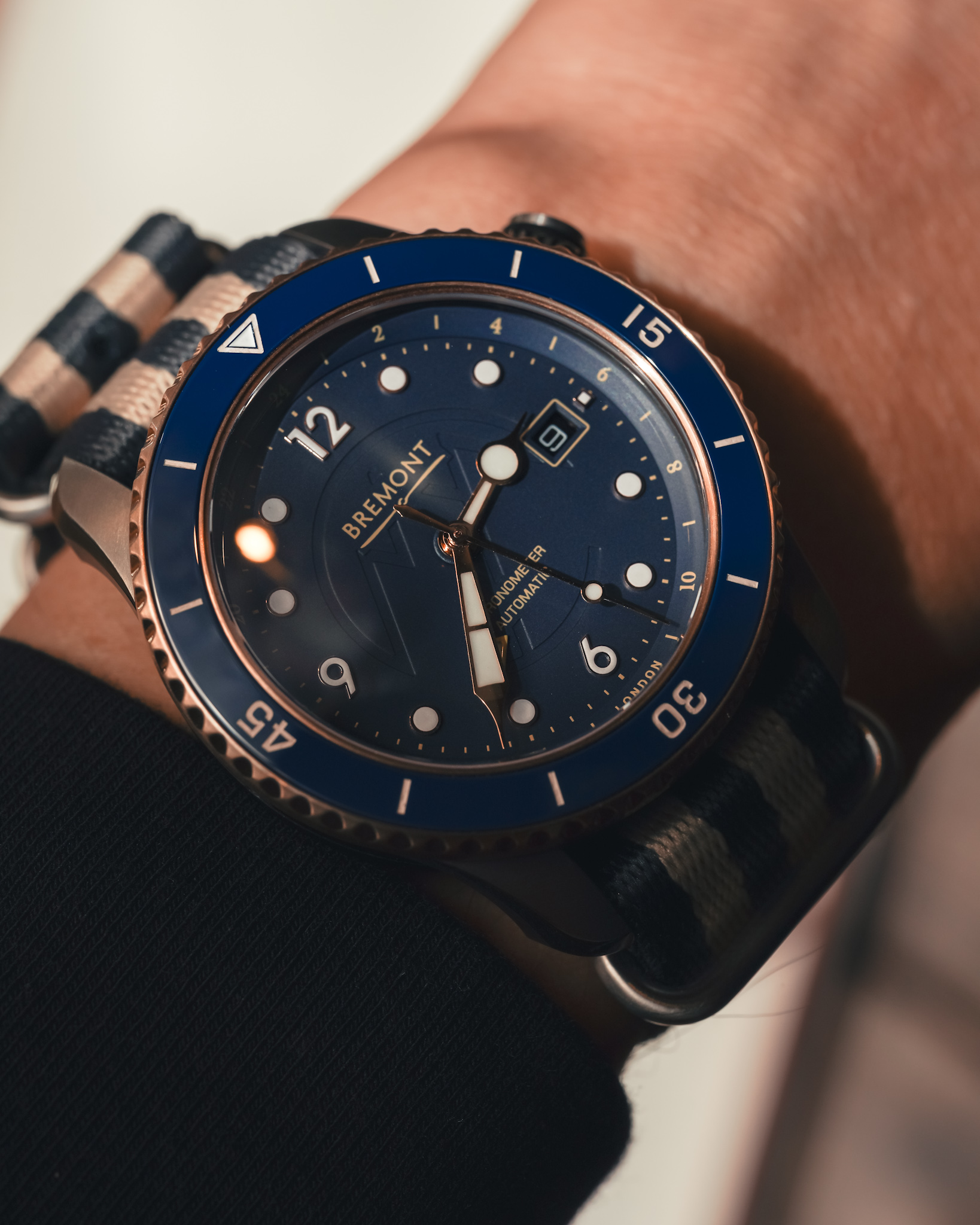 On the wrist, the S500 already casts a stout, 16mm profile — one that’s amplified greatly by the added thickness of the heavy-gauge NATO strap favored by Nims. I’d argue that, even with the case’s compact lug-to-lug measurements, it’s too thick for a NATO, but this particular edition ships with a handsome two-stitched leather strap, which, in my past experience with this case, wears extremely comfortably on leather straps. The Bremont Supermarine S500 Project Possible is limited to 300 pieces. It has a retail price of $6,695, and can be ordered directly from bremont.com. 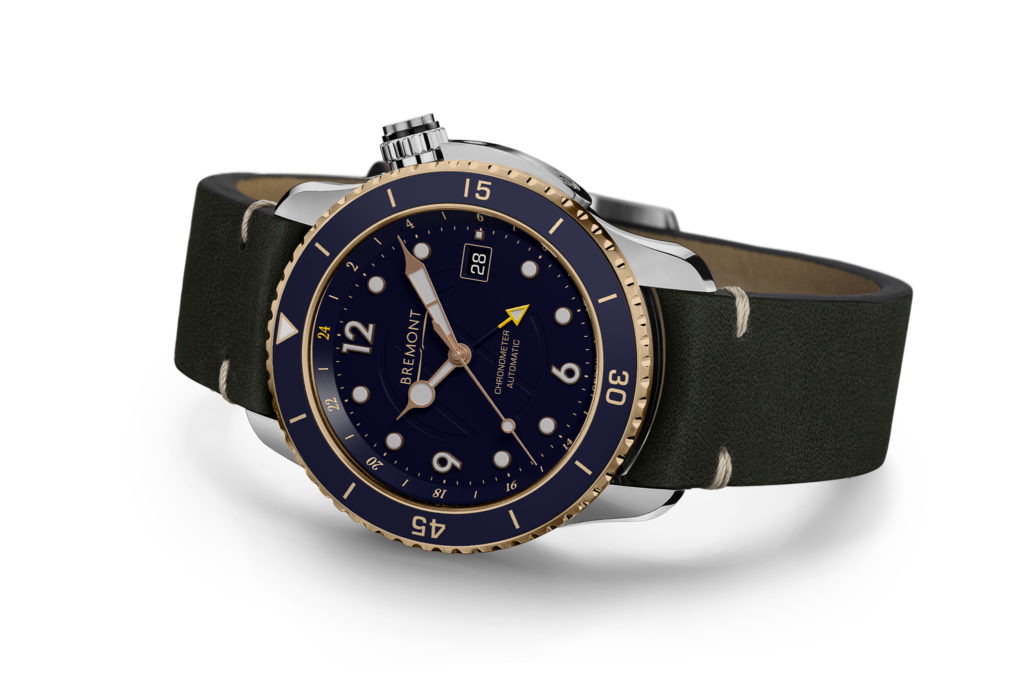 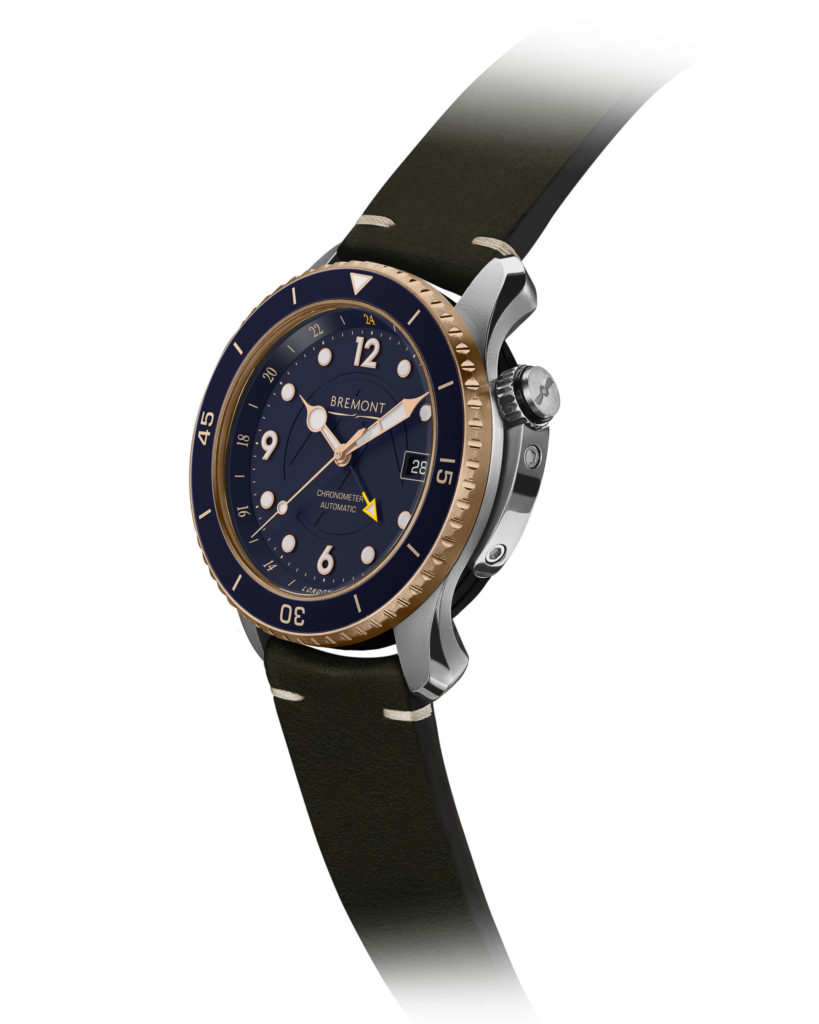 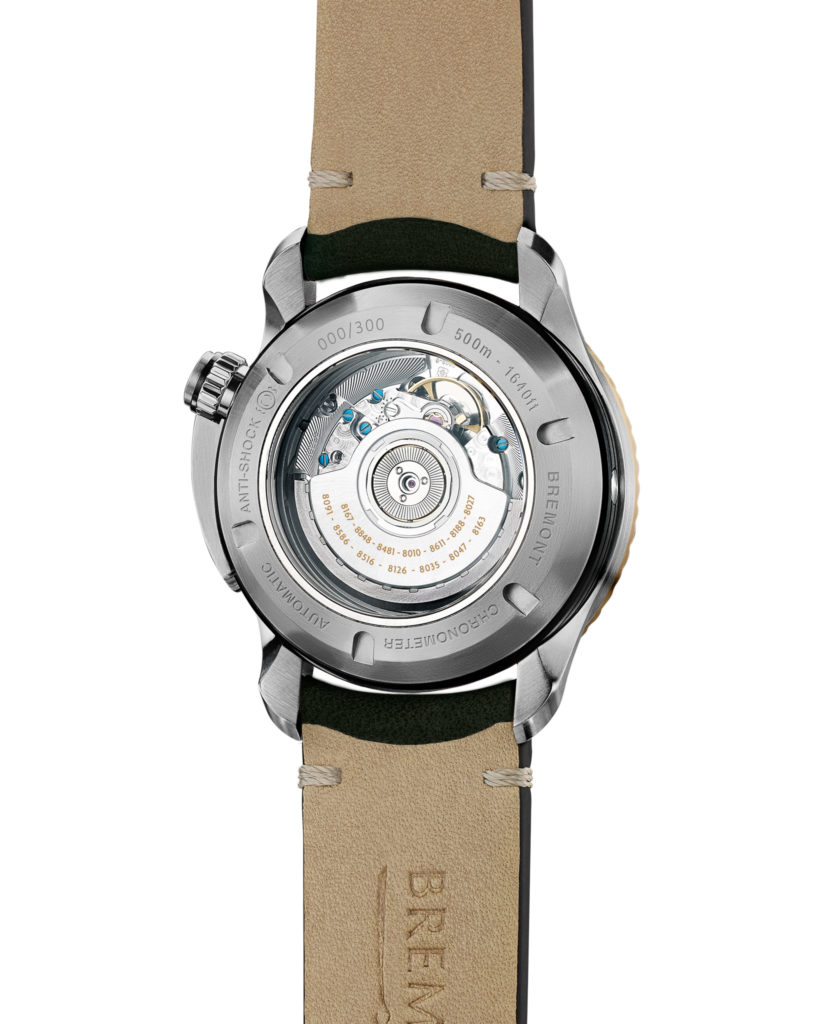