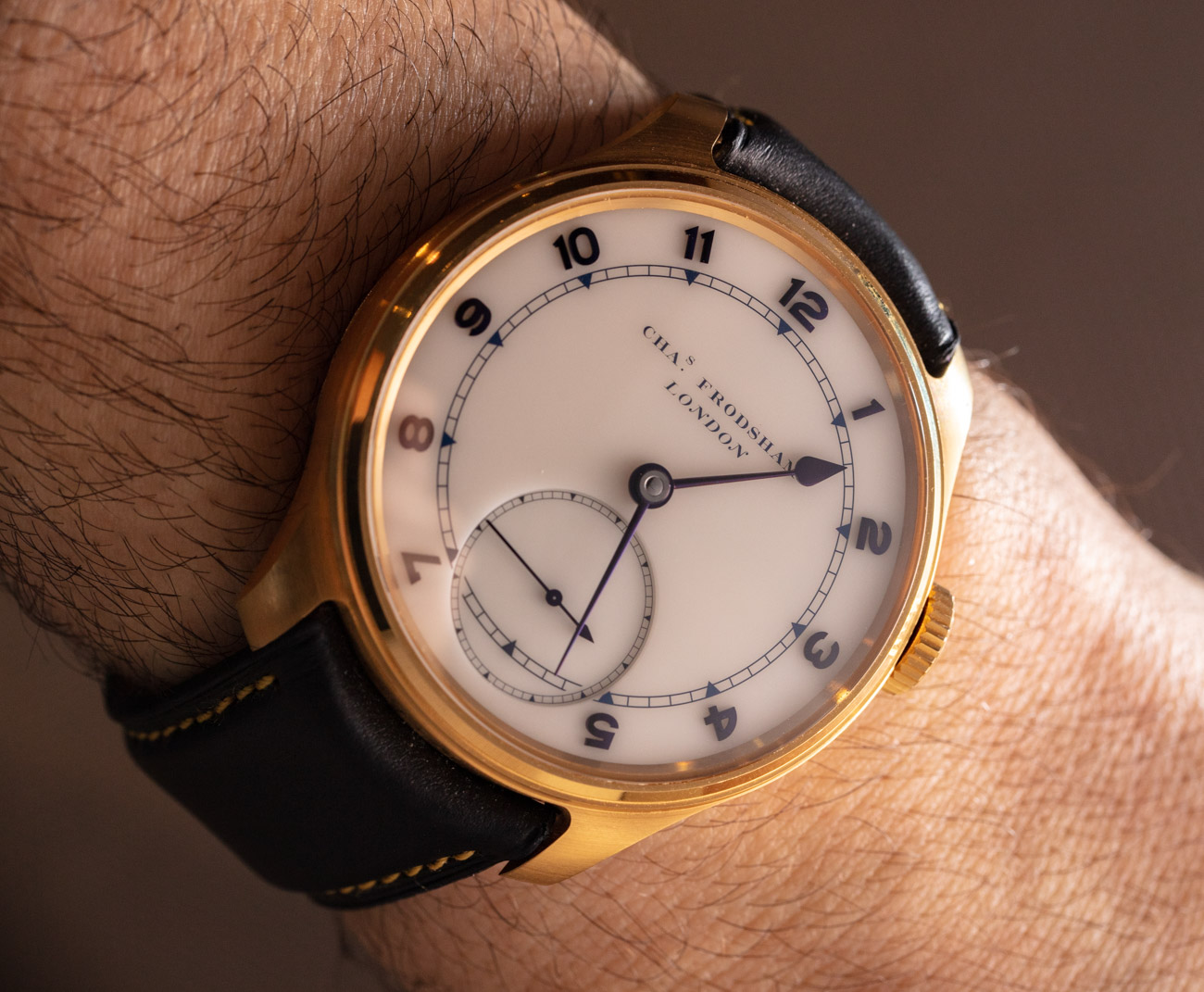 It was while in Dubai for Dubai Watch Week did I get a chance to go hands-on with this lovely Double Impulse Chronometer by Charles Frodsham & Co., a historic English watchmaking company (based in London) most notable in modern times for their clocks. Charles Frodsham himself was a well-respect and active clock and chronometer mater in the 19th century and today the family name lives on as the company continues to produce timekeepers. The Charles Frodsham & Co Double Impulse Chronometer watch is a relatively recent addition to the brand’s stable of accomplishments and mixes traditional appeal with a bit of modern character.

The principle technical distinction in the Double Impulse Chronometer watch is made clear by the name of the timepiece, and it is apparently the first wrist watch to make use of a George Daniels double impulse regulation system. The perfectly symmetrical escapement assembly is design to reduce error and thus make the movement’s rate results better (hence the “chronometer” part of the name). What we see in the movement is a balance wheel that sits above two escapements which connect to the anchor. This mechanical arrangement requires no lubrication. 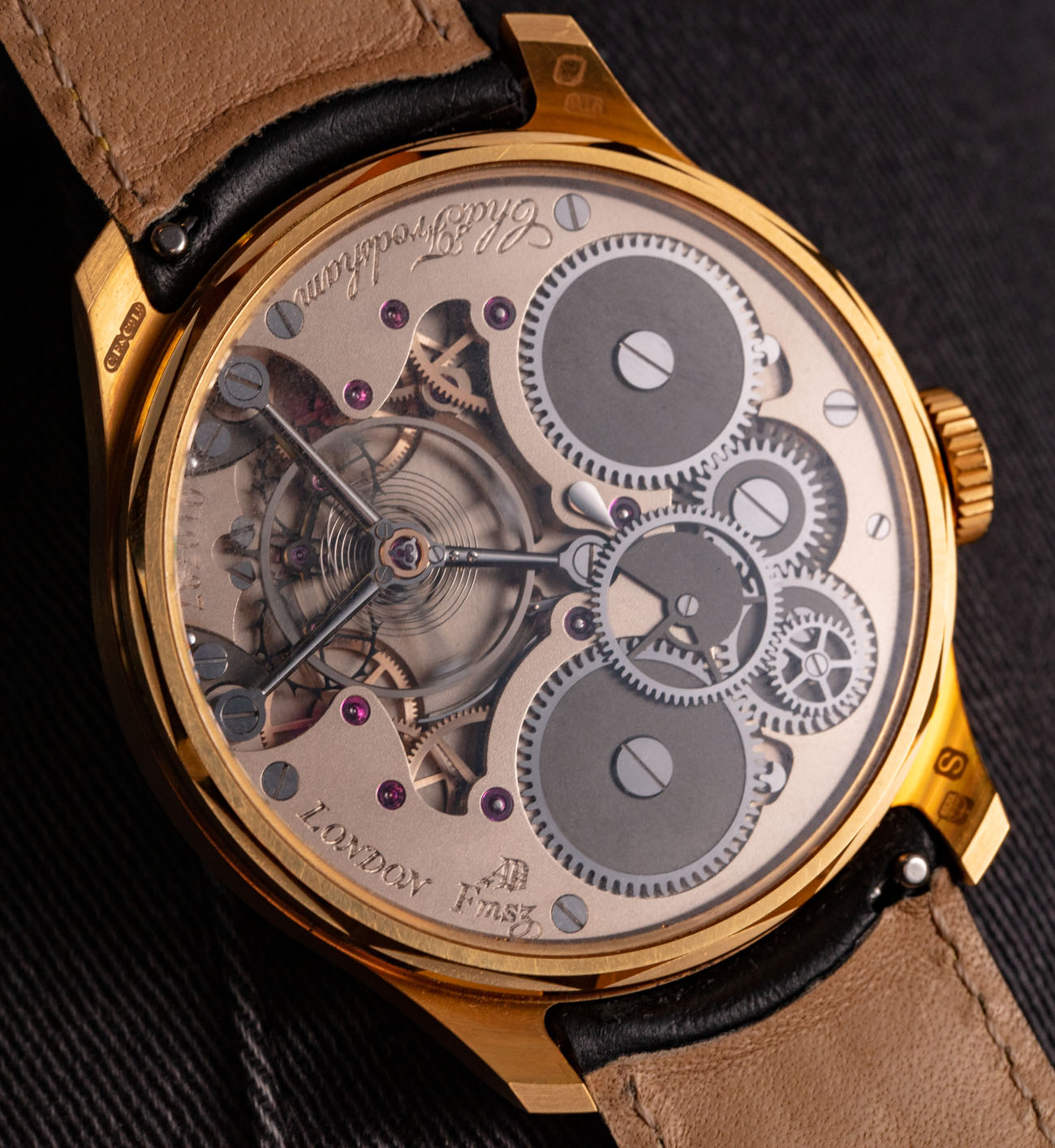 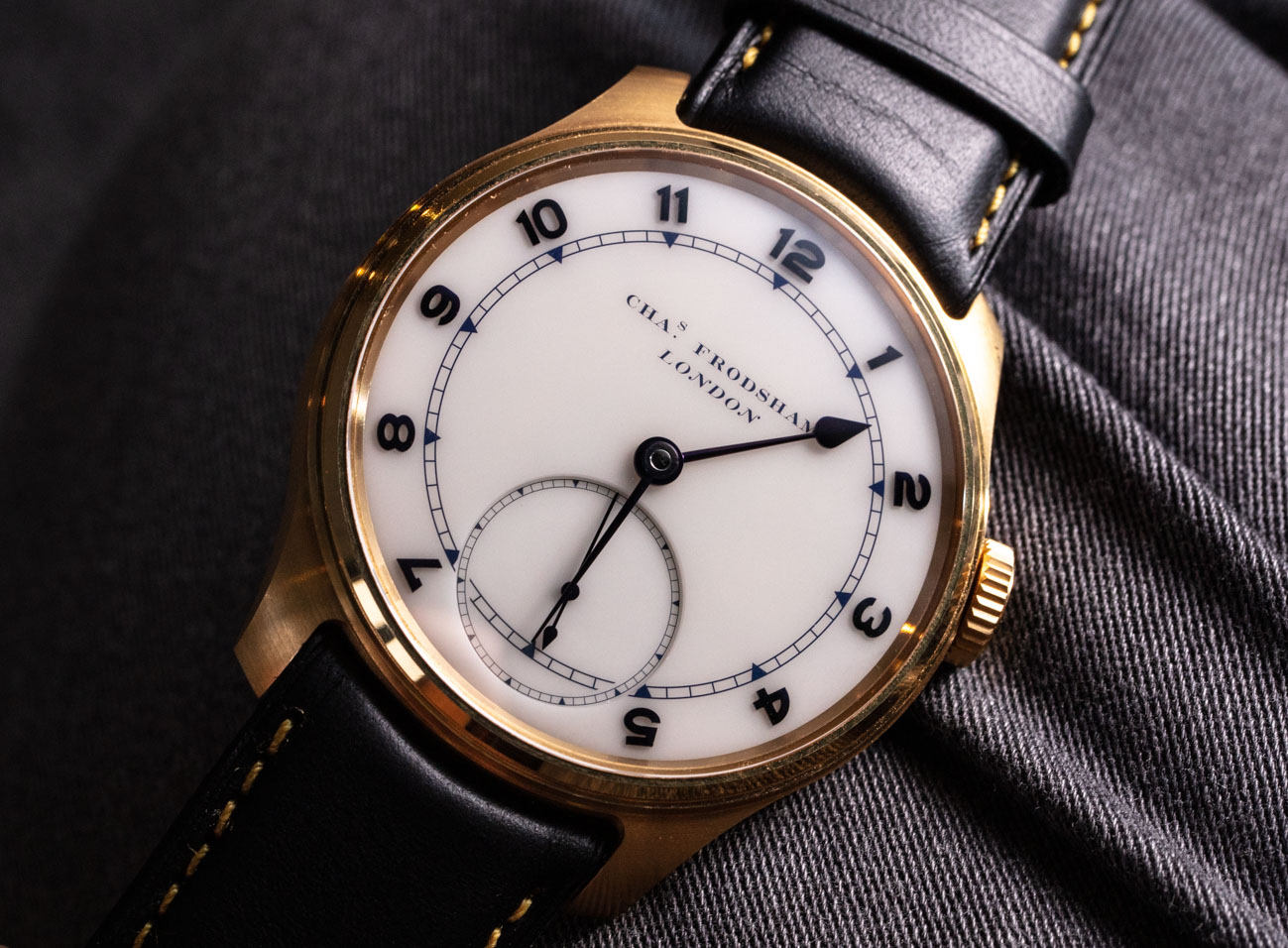 The system has its own shock protection system with very stable bearings and operates at 3Hz (21,600 bph) with 36 hours of power reserve. The hand-decorated and assembled movement requires many hours to produce and is a real highlight of the Double Impulse Chronometer product. The frosted movement bridges are more typical of English versus Swiss watch movement design. A gear with a snail-shells style motif along with an applied arrow serves as a power reserve indicator on movement side of the watch. I am rather impressed with the system though I would have liked to see Charles Frodsham & Co. install a larger mainspring barrel on account of the fact that the double impulse regulation system seems to be a power hog and many of today’s wrist watch owners expect at least two days of power reserve in a time-only manually wound watch.

On the dial the movement features just the time with a handsome subsidiary seconds dial. The white dial looks almost ceramic and it has applied hour markers which come in either the pictures Arabic numeral style, or also available in Roman numbers. As you can see, the hands and hour markers are flame-colored on the Double Impulse Chronometer watch. In order to be a bit “different,” Charles Frodsham & Co. uses a lighter flame touch yielding a purple color versus the traditionally seen blue tone for flame treated metal. 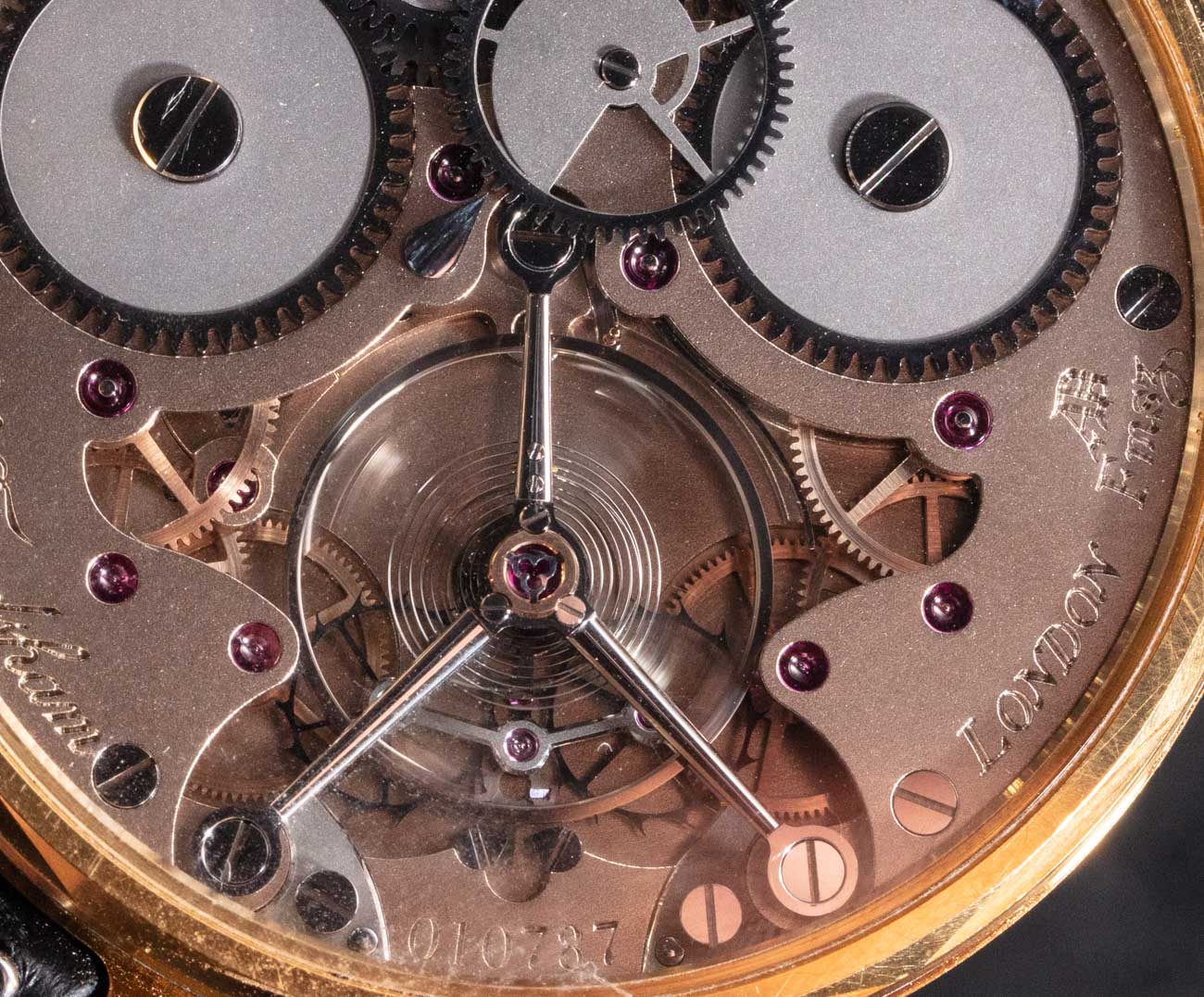 Dial elegance is high with a handsome assortment of details, the traditionally-designed minute track, the various levels of depth to the face, and of course the applied hands and matching hour markers. Note that given the bespoke nature of most every Charles Frodsham & Co., individual Double Impulse Chronometer watches and probably be customized to suit the tastes of the buyer. 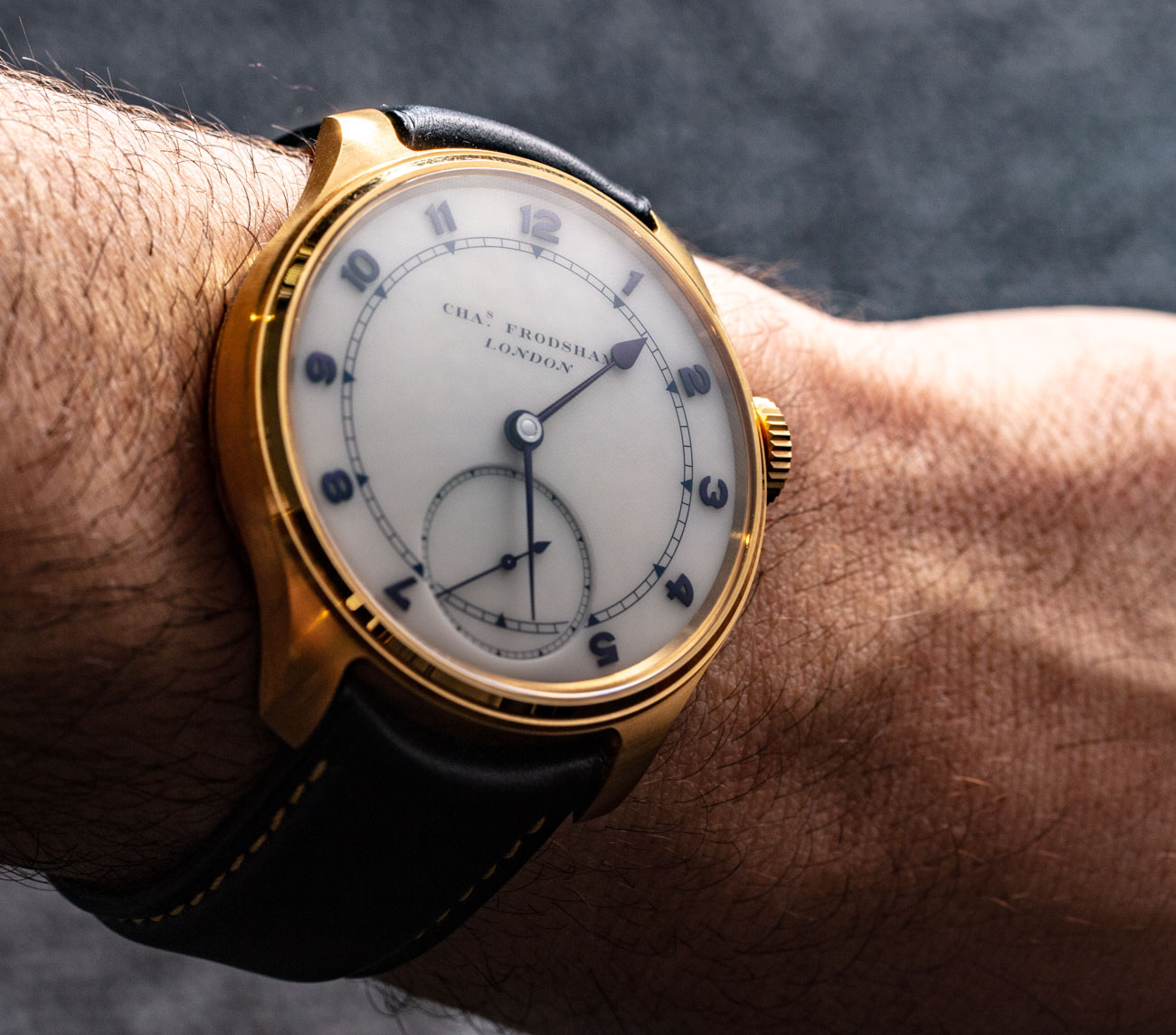 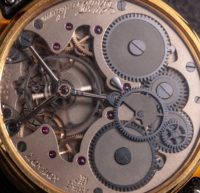 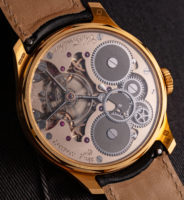 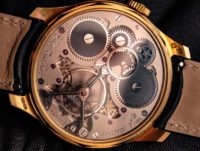 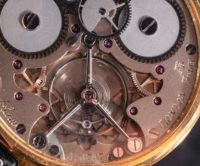 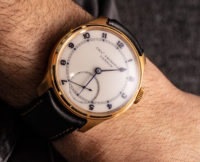 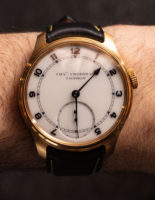 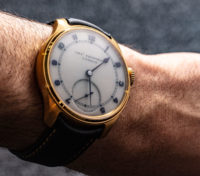 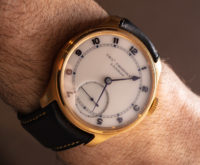 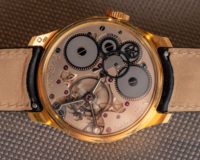 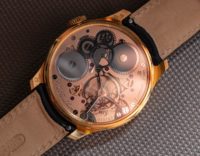 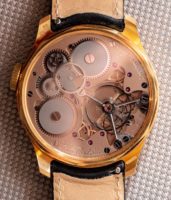