Independent watchmaker David Candaux (D. Candaux) has now released a new version of its innovative and handcrafted DC6 watch in a black carbon case. The piece is known as the D. Candaux DC6 Black Phantom Carbon, and it is being released as an extension of last year’s D. Candaux DC6 (DC 6) Solstice Titanium watch (aBlogtoWatch hands-on here). Read that article to learn more about Mr. Candaux and the overall design, development, and functionality of the DC6 timepiece collection.

What is primarily different about the Black Phantom Carbon than the Solstice Titanium is the case material — which, for this DC6, is in a form of precision-milled carbon with an organic grain texture. The case appears to be very nicely cut and, if the carbon textures appear in real life as they do in the D. Candaux press images, then the DC 6 Black Phantom Carbon is going to be a real looker. D. Candaux also boasts that it was able to squeeze out 50m of water resistance from the case — an impressive feat given the case material and shape of the sapphire crystal. Price for the Black Phantom Carbon is actually north of the DC 6 Solstice Titanium. 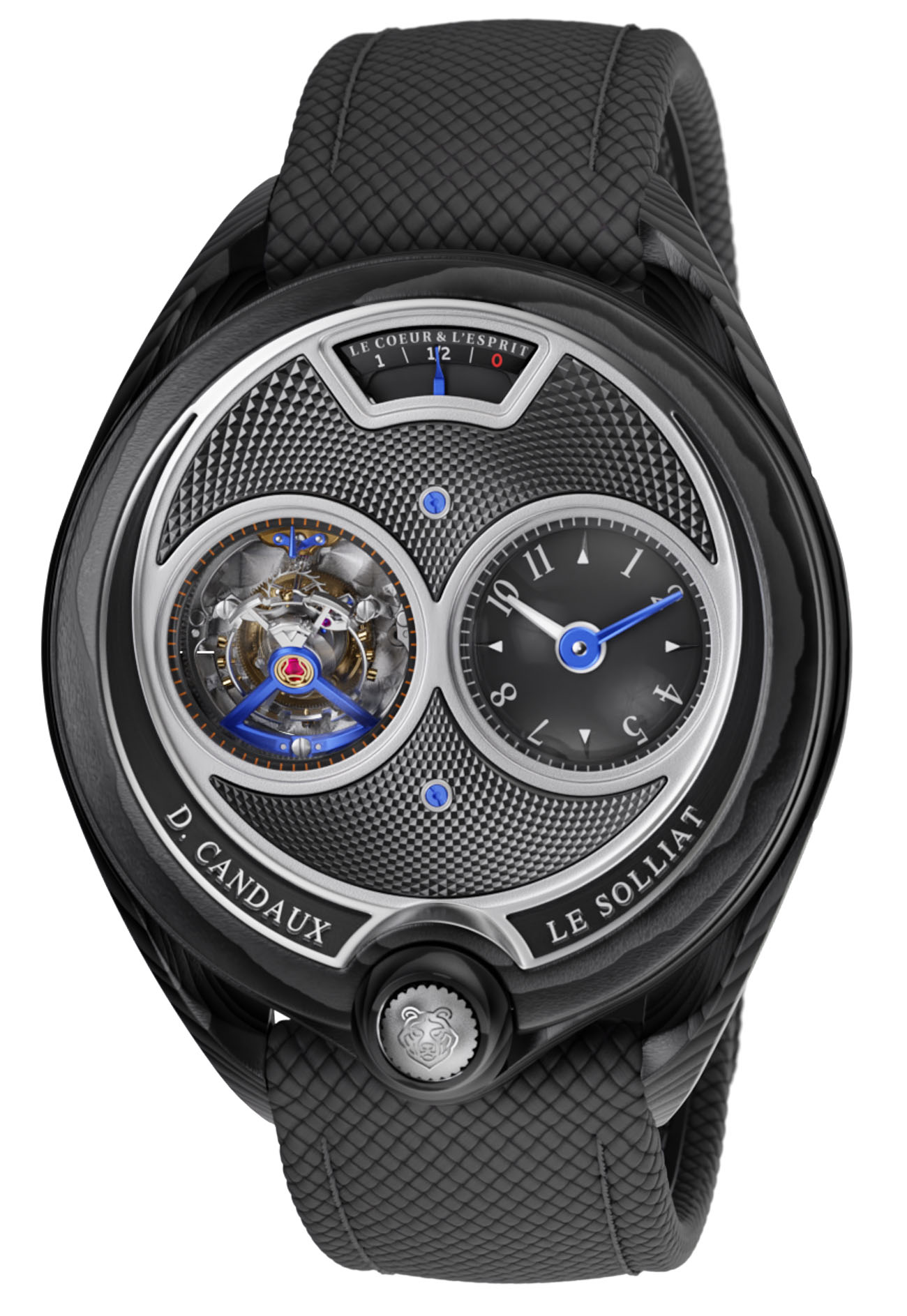 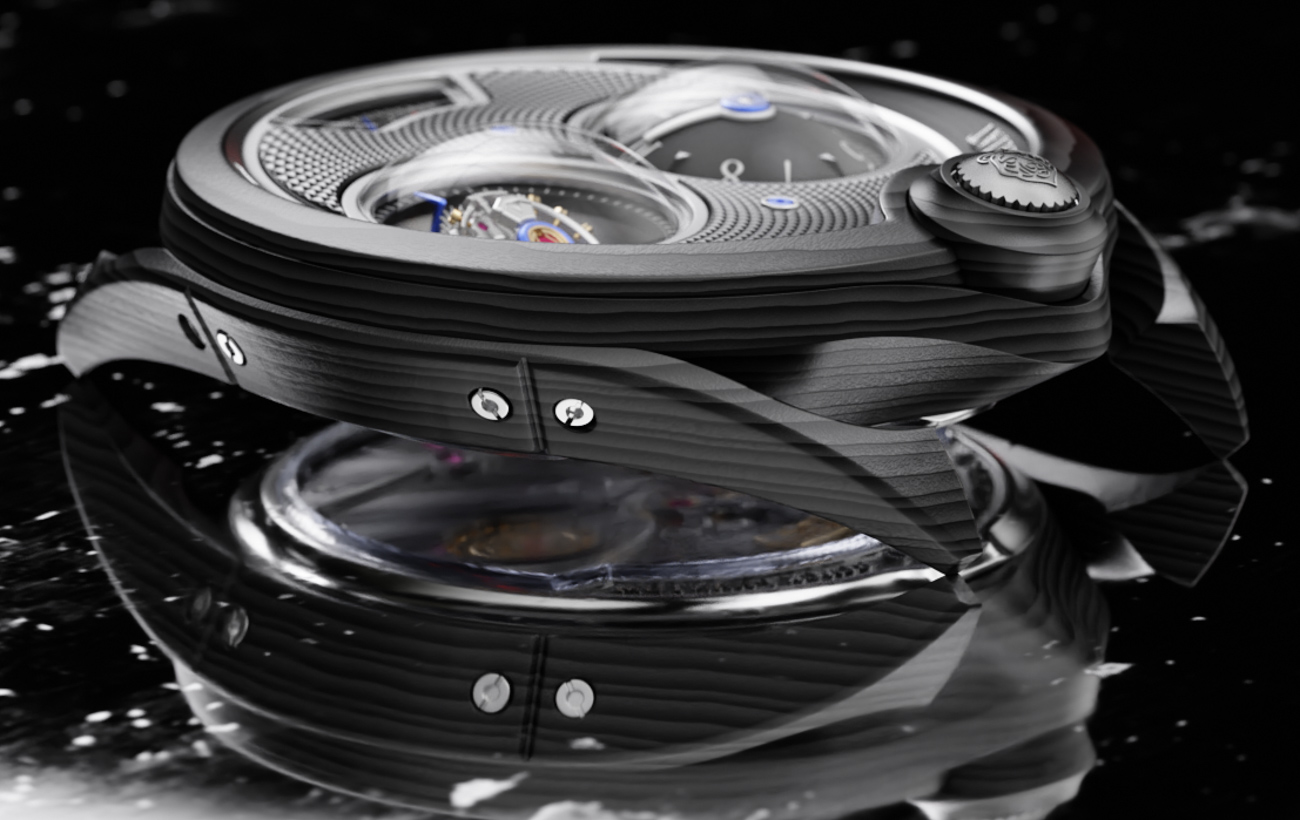 Compared to the already lightweight titanium DC6 watch, the Black Phantom Carbon is even lighter with a reported weight of just 29.8 grams. That puts the watch in line with many modern ultra-high-luxury timepieces that value weight-savings over bulk on the wrist. While a nice solid-feeling watch is still wonderful to wear, lightweight traditional mechanical watches in such high-end forms are still an interesting novelty that wearers like. The biggest value in a very lightweight wristwatch is being able to go about your day, often forgetting you have anything at all on your wrist.

D. Candaux designed the DC 6 watches to be 43mm-wide and 12.6mm-thick. The curves and angles of the case are attractive and traditional in their design but also unique in the world of horology. So is the movement in the watch, for that matter. Inside the DC6 Black Phantom Carbon is an in-house designed and -manufactured Swiss-made automatic tourbillon movement that is comprised of 287 hand-finished parts. The manually wound movement is a gorgeous work of art and artisanship. 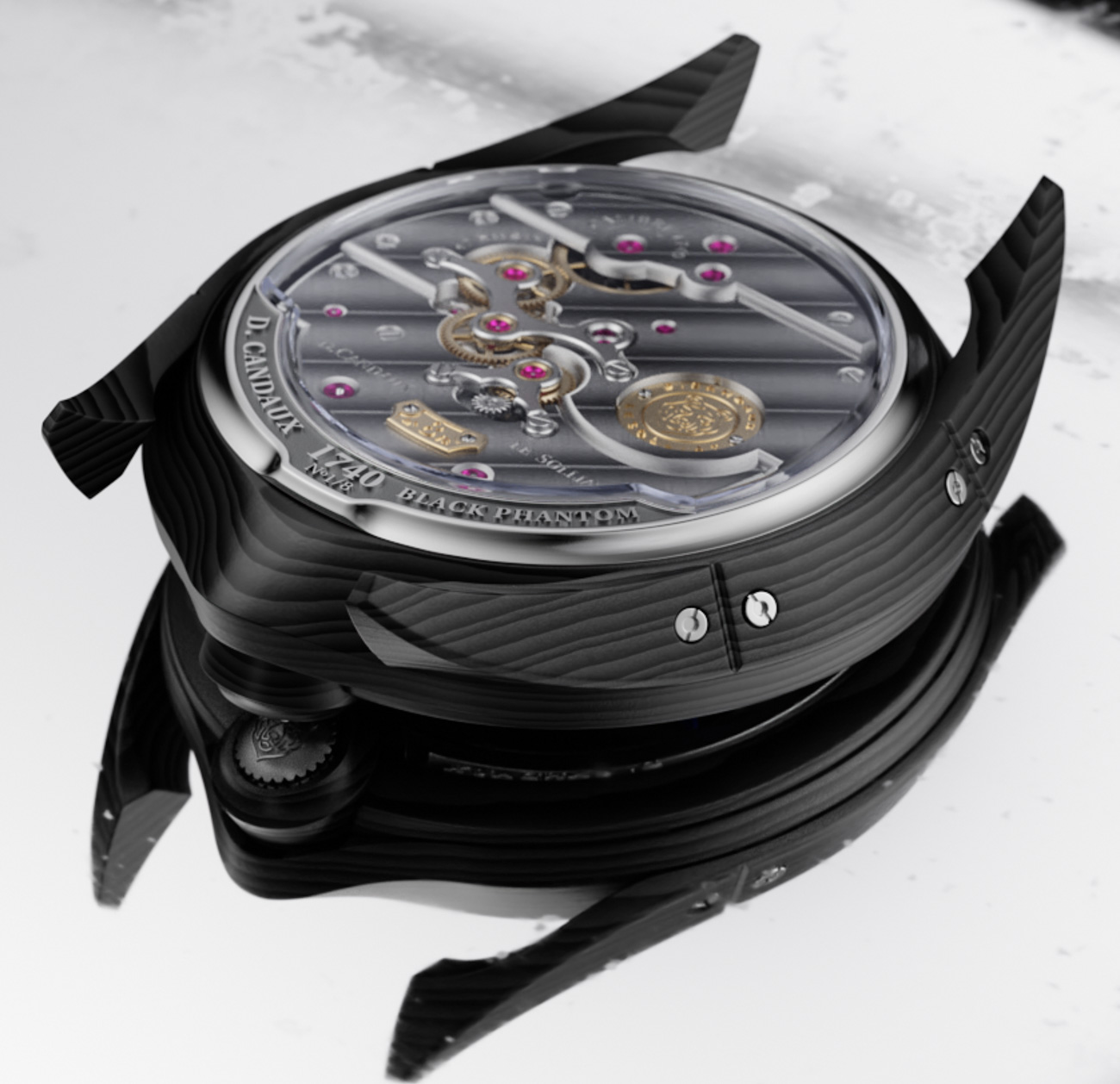 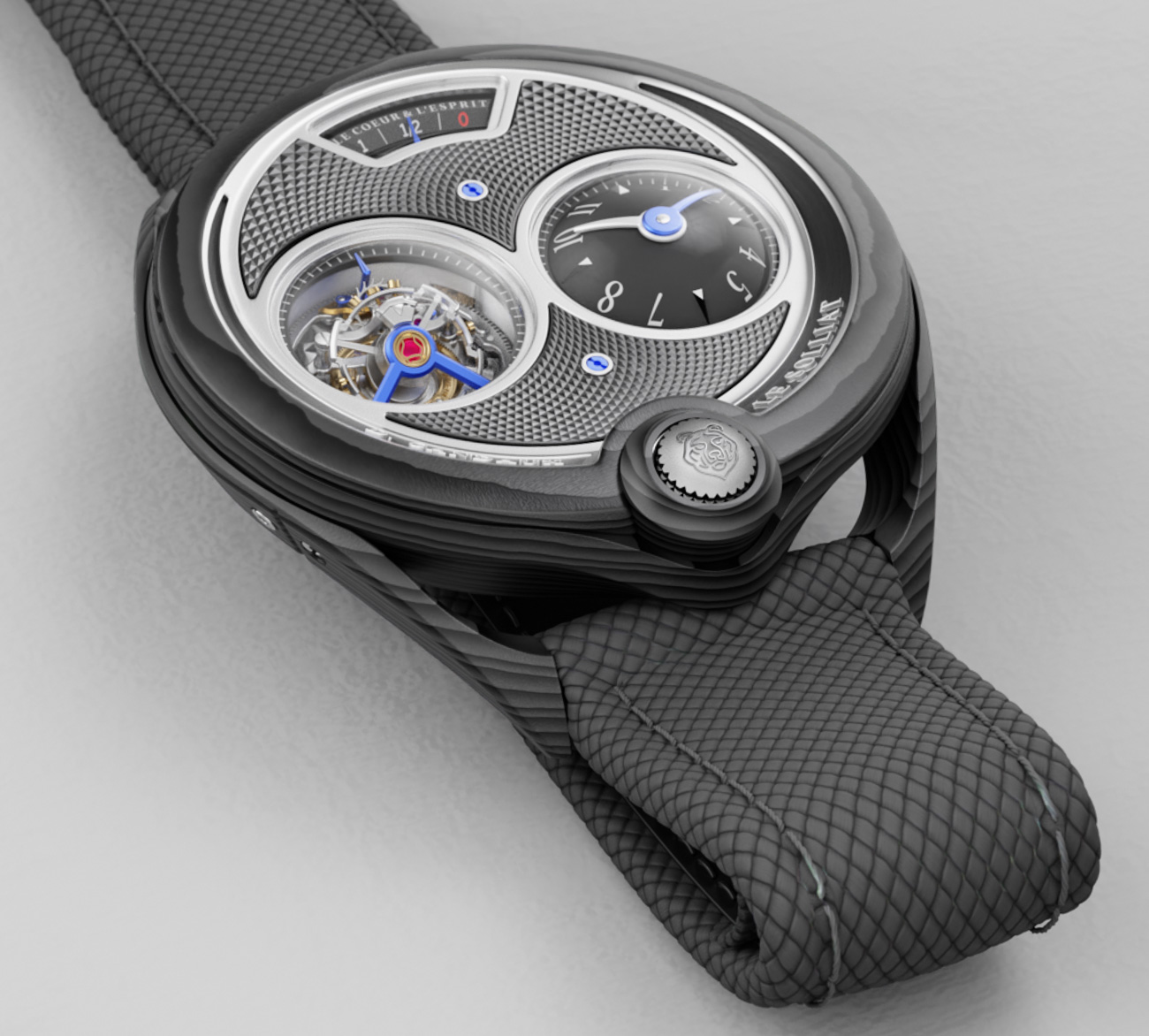 Functionally, the movement includes the time via an eccentric domed dial, seconds via the tourbillon cage, and a power reserve indicator. The crown of the watch is positioned vertically (versus horizontally) and is located at the 6 o’clock position on the case. To operate the crown, one must first press in, and then the crown ejects itself partially, allowing for manual winding of the movement or adjustment of the time. The top of the watch via the dial has indicators framed by a guilloché-engraved plate, and on the rear of the watch you can view the painstakingly polished and sumptuously decorated mechanism through the sapphire crystal window.

David Candaux is an important member of the AHCI watchmaker’s organization and is also one of the most respected traditional watchmakers living in Switzerland today. His products reflect the historical watchmaking values of his region, as well as his own tastes (which, importantly, merge historical and contemporary tastes). The watches are near the top end of what timepieces cost and, as such, are reserved for the most elite of watch collectors. Limited to eight pieces as part of a limited edition, the D. Candaux DC6 Black Phantom Carbon watch has a retail price of $298,000 USD. Learn more at the D. Candaux website here.