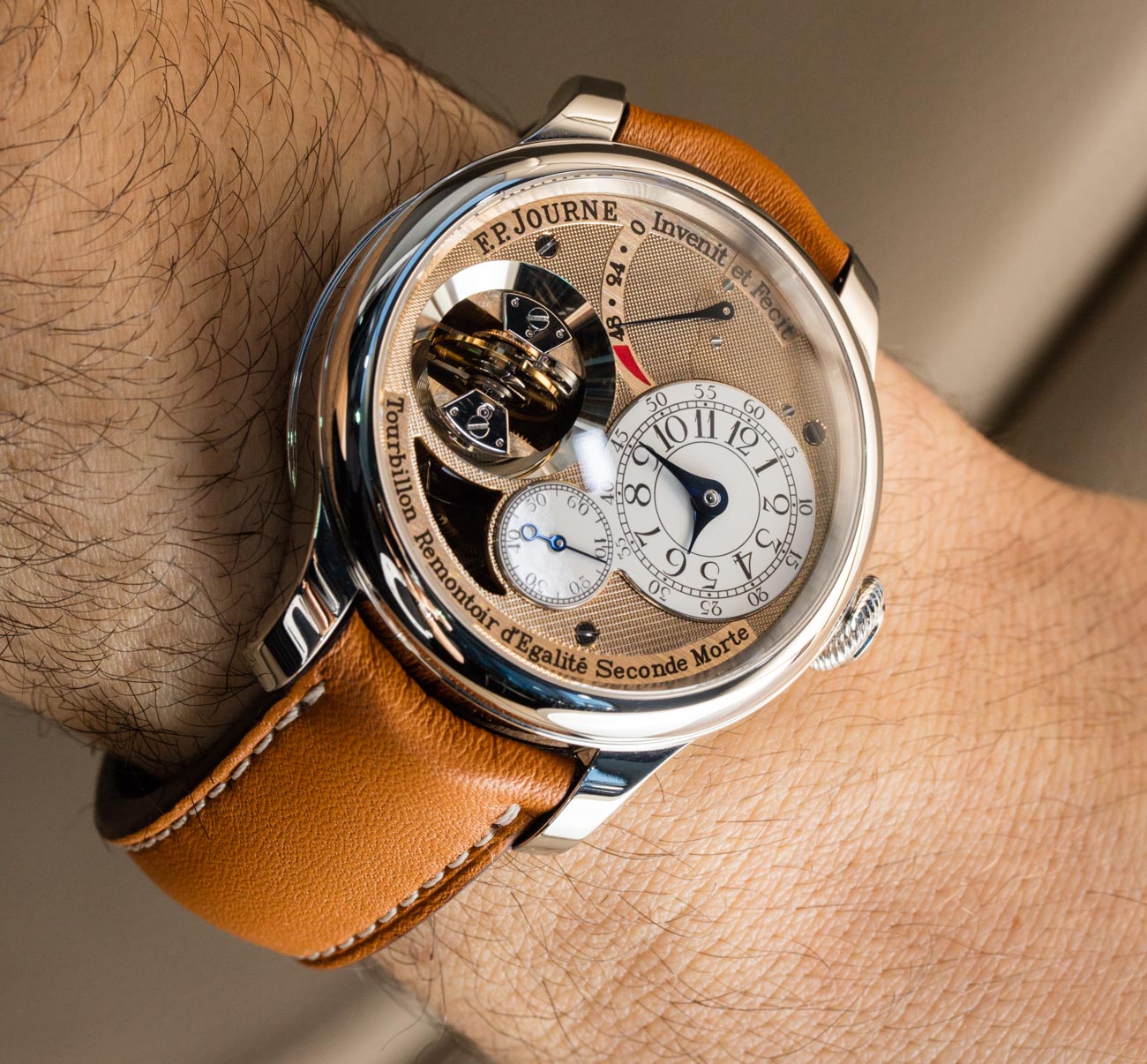 One of the latest tourbillon-based watches from Geneva-based watchmaker F.P. Journe is also among his most practical (well, at least logical). Officially titled the Tourbillon Souverain Caliber 1519, this watch will more commonly be referred to as the F.P. Journe Vertical Tourbillon given the orientation of the tourbillon mechanism — more on that below. Here, we see the watch with a platinum case (an 18k rose gold-cased version is also available) paired with an 18k rose gold dial and movement.

F.P. Journe seems to use the term “Souveraine” and “Souverain” interchangeably. I believe there is no difference between the two terms, but I wanted to mention that since F.P. Journe watches can include both of the above spellings in their titles. This Caliber 1519 Tourbillon Souverain has a 42mm-wide case and is 13.6mm-thick. F.P. Journe is normally a fan of thinner cases, but consider that the case could have been a lot thicker given the orientation of the tourbillon.

So let’s discuss the tourbillon immediately since it is the entire reason this latest version (or any version of that matter) of the Tourbillon Souverain exists. The core concept of the watch was always to have a tourbillon (with a rate stabilizing remontoir), and then one with a dead seconds hand, and now those features are supplemented by having a vertically mounted tourbillon.

Why a vertically mounted tourbillon? Suffice it to say that, in this position, a tourbillon in a wristwatch makes…. more sense. Not total sense, but more sense (especially when preserving balance wheel amplitude consistency). The standard horizontal position of a tourbillon was originally developed for pocket watches that, when in your pocket, have a vertical position. When worn, wrist watches tend to have a more horizontal position, and thus a horizontal tourbillon doesn’t actually perform its intended effect of averaging out the pull of gravity. With a vertically mounted tourbillon, this can more readily happen, thus allowing the tourbillon to “actually do its thing” in wristwatch form. 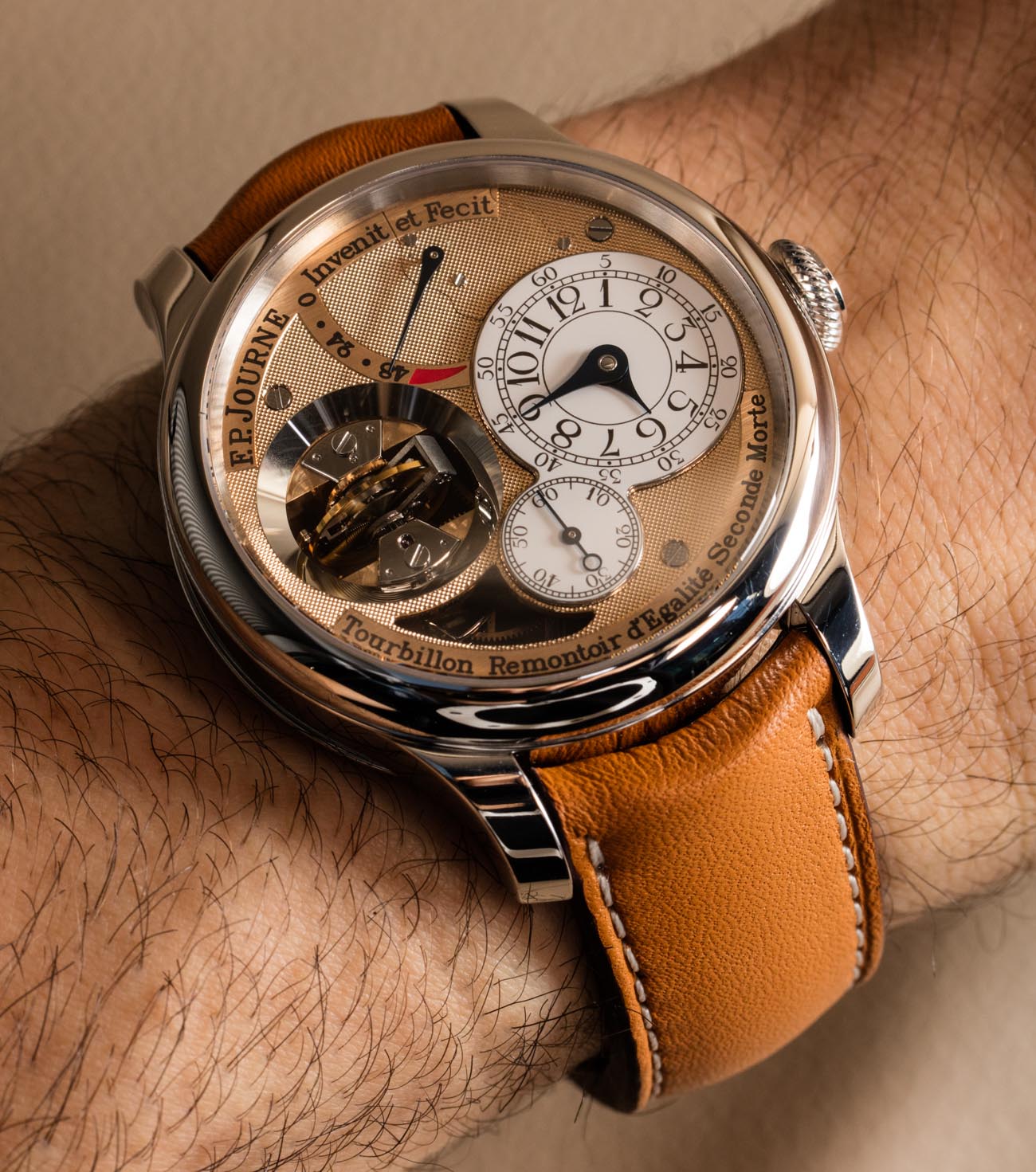 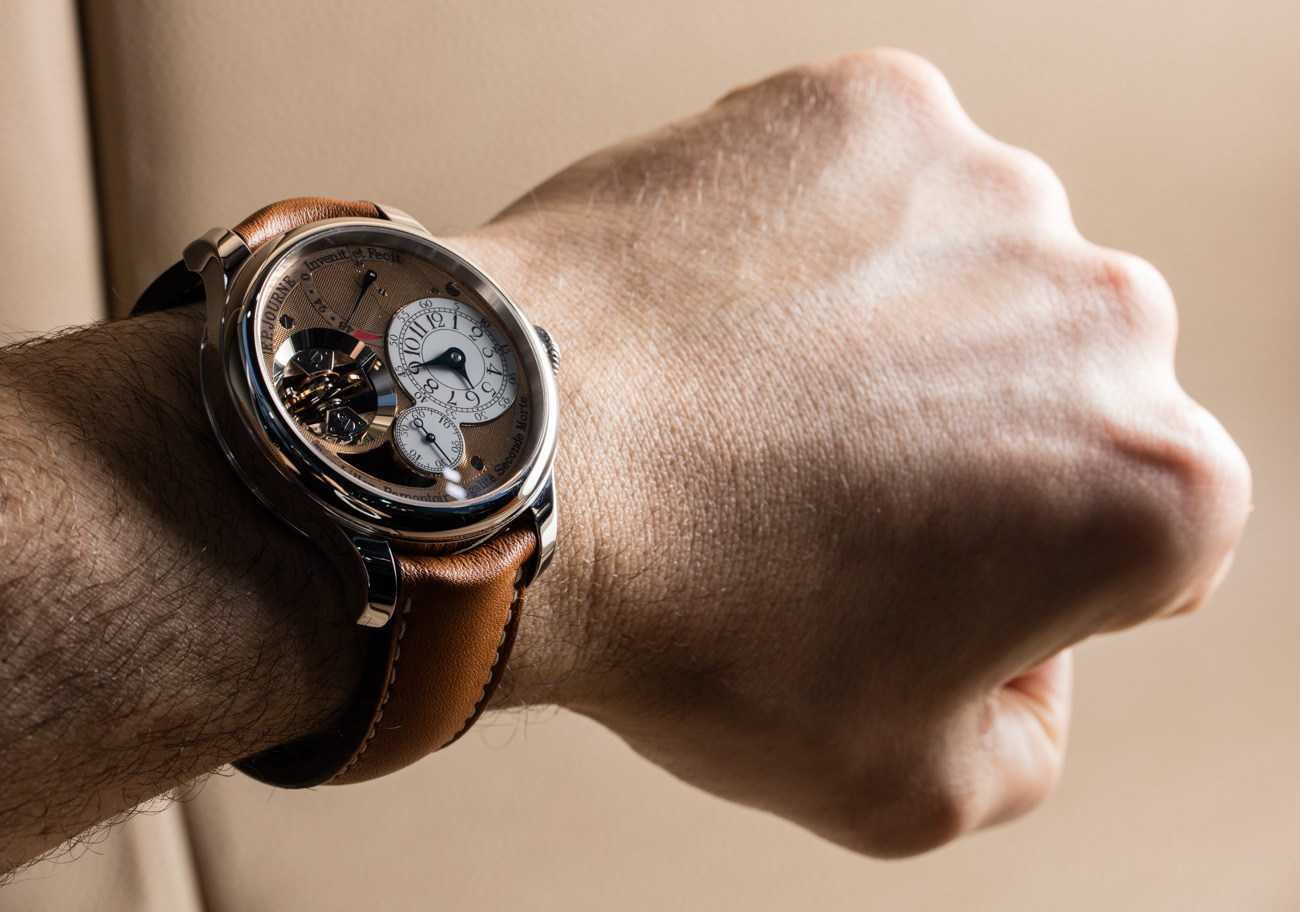 Why are there not more vertical tourbillons? It actually isn’t an F.P. Journe invention and most of the vertical tourbillons that I know of are on Hublot timepieces — though most of those watches aren’t as dressy or classically elegant as this Tourbillon Souverain. F.P. Journe further seemed to have put a lot of effort into the tourbillon presentation, which resulted in a thick, sloped mirror-polished ring around the tourbillon mechanism and some nice looking bridgework. An open window underneath the tourbillon on the dial shows a bit of the view of the moving parts for the subsidiary dead seconds hand. It is pretty neat to see the spinning tourbillon paired with the “ticking” dead-beat seconds hand.

The Tourbillon Sourverain Caliber 1519 dial (which is mostly 18k rose gold) has some lovely texturing to it, and the white grand feu enamel dials with flame blued-steel hands for the time are very legible. The dial does seem rather text-heavy, in my opinion, which is helpful to those seeing the watch dial for the first time (assuming you speak French) but I’m not sure how seasoned wearers might feel about being faced with this arc of text on the top and bottom of the dial all the time. Thus, this isn’t the most balanced of F.P. Journe watch dials, but it does fit into the brand DNA quite nicely. 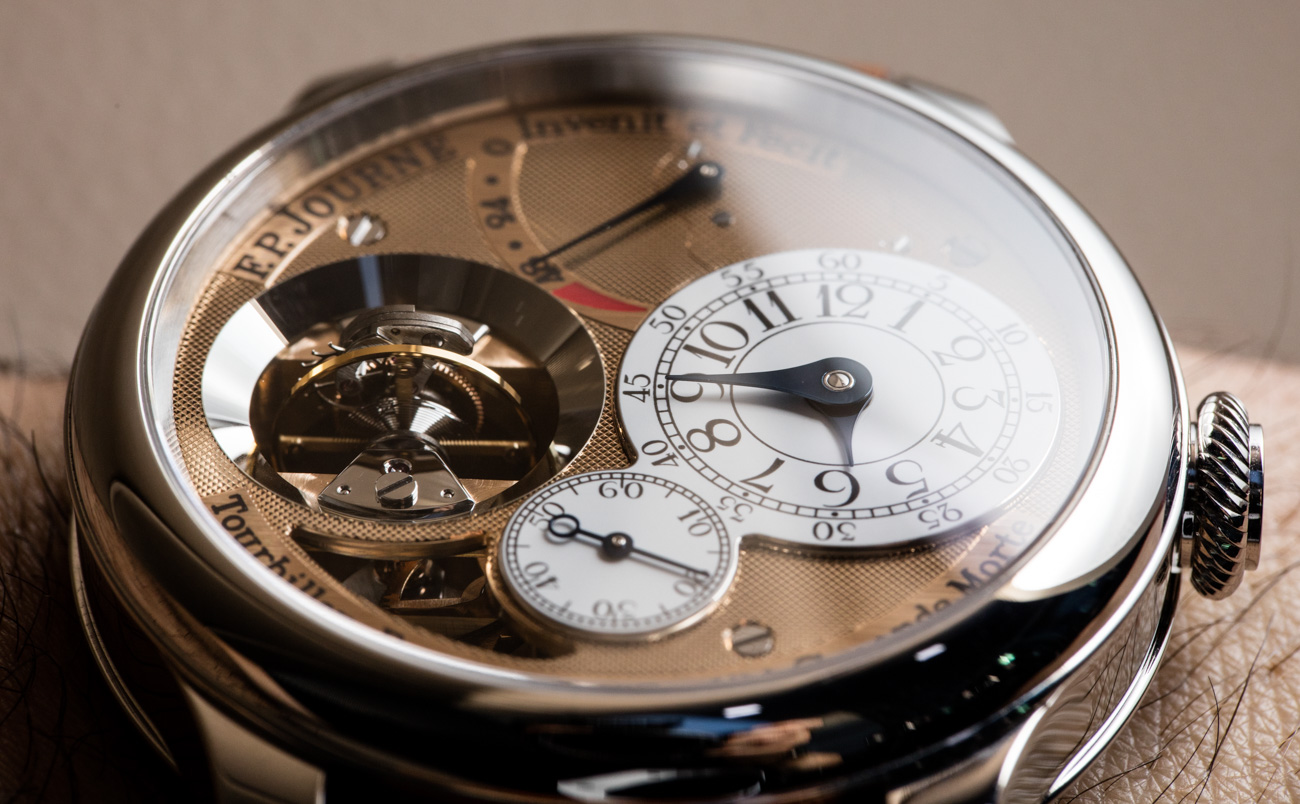 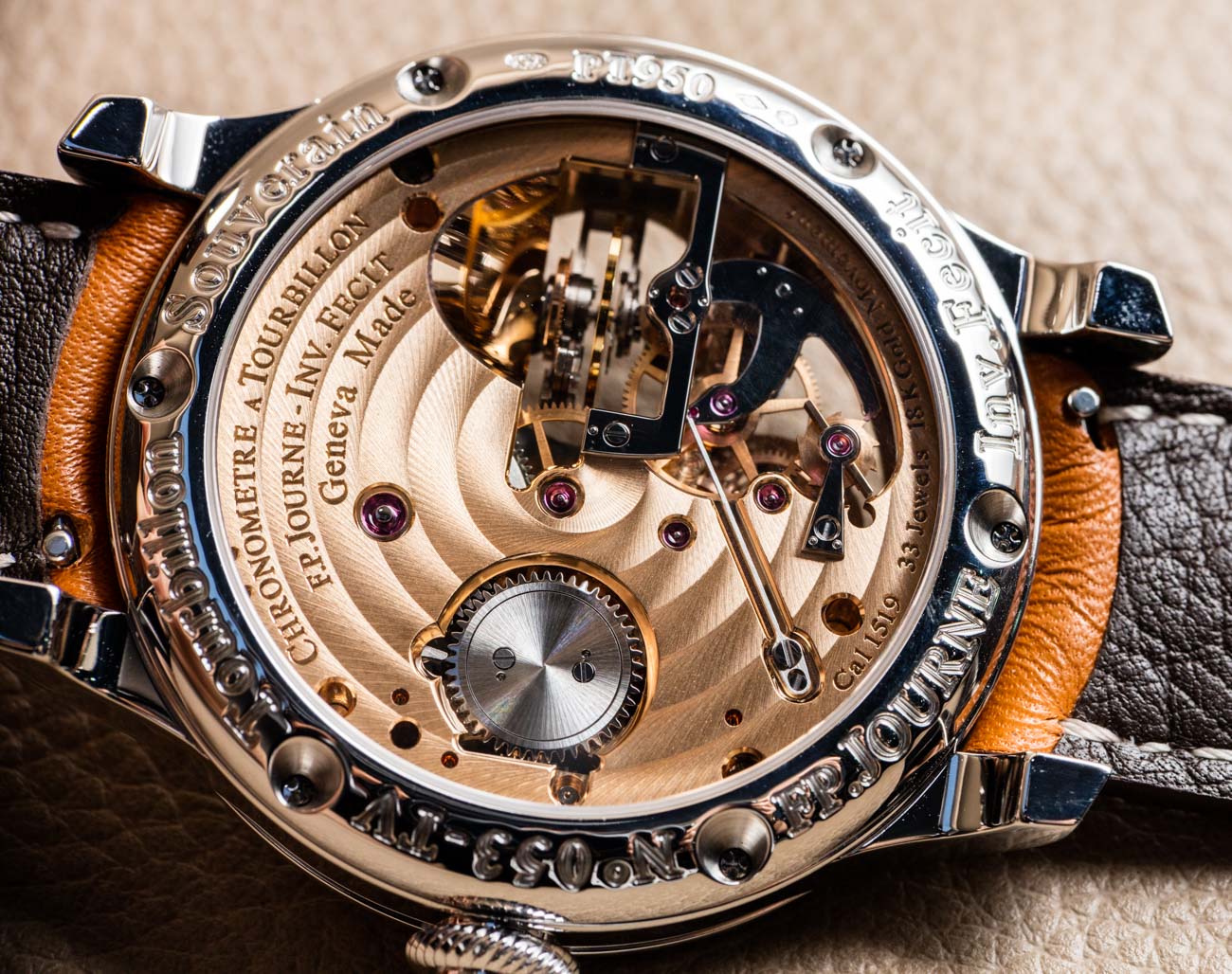 Polishing and decoration for the case, dial, and movement are typically top-notch, as are fit and finishing, overall. F.P. Journe further makes sure that all its watches are comfortable and wearable on a daily basis. There is no exception here. Even the honey-brown color of the calfskin strap is an excellent and fashionable pairing with the rest of the dial and case tones.

The 230-component, manually wound F.P. Journe caliber 1519 movement is both in-house-made and -decorated. It is the star of the show. In addition to the vertical tourbillon, remontoir, and time with dead second hands, the movement features a dial-mounted power-reserve indicator hand. The movement operates at 3Hz. (21,600 bph) and has a power reserve of approximately 80 hours. 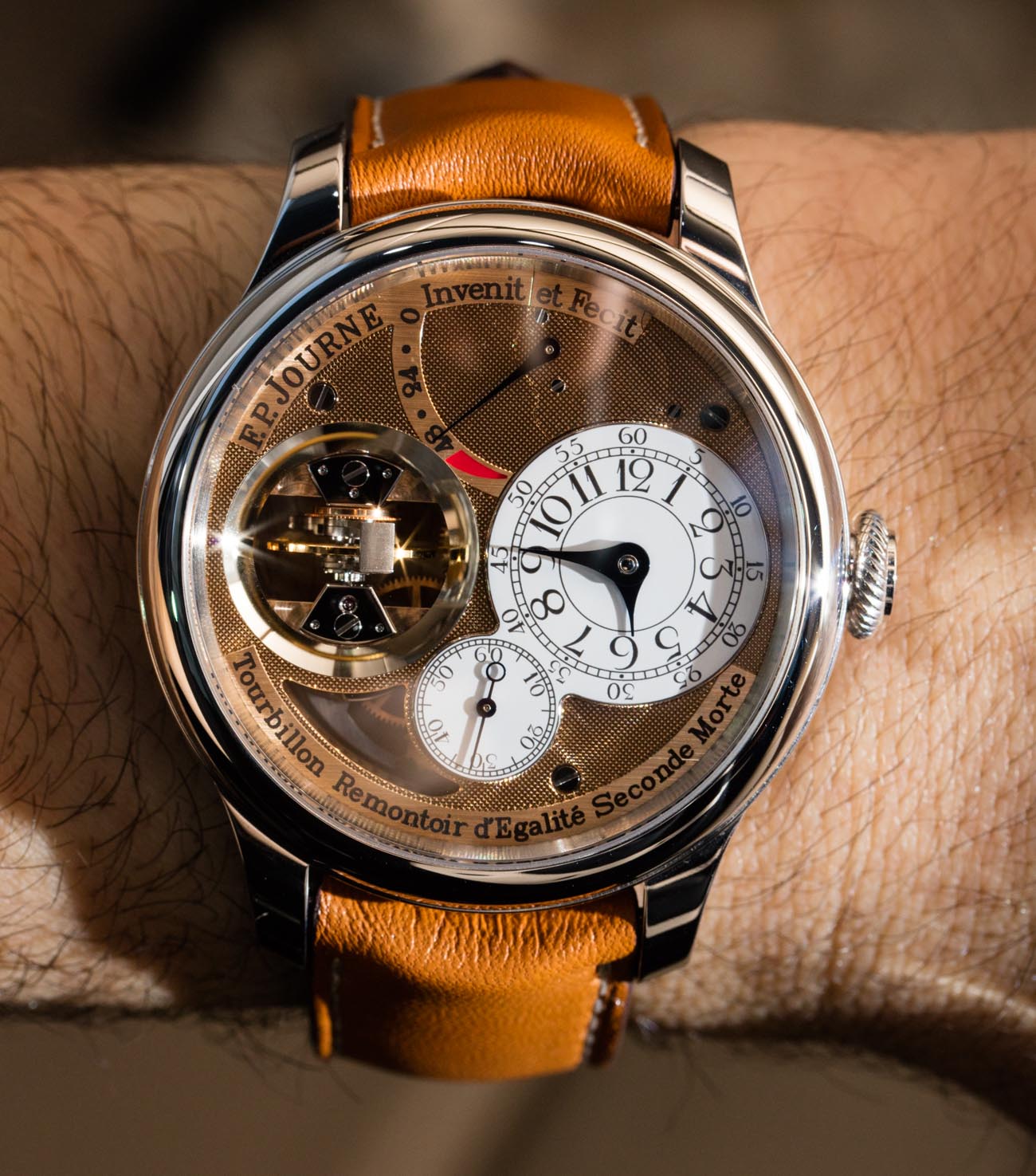 F.P. Journe, being both practical and interested in high-luxury, doesn’t include a tourbillon in most of his watches — namely because a tourbillon isn’t useful in them. When Francois-Paul does make a tourbillon, he wants for it to intellectually add to the watch, and this vertical tourbillon in the Tourbillon Souverain Caliber 1519 is a perfect example of that extra-added logic in action. In other words, in a word full of pricey tourbillon-based mechanical luxury watches, this F.P. Journe is among the few that actively seeks to make performance sense a part of the greater horological package. Price for the F.P. Journe “Vertical” Tourbillon Souverain in 950 platinum is $242,000 USD. Learn more at the F.P. Journe website here. 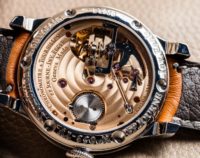 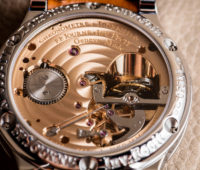 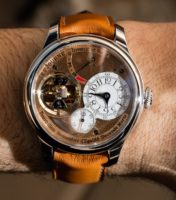 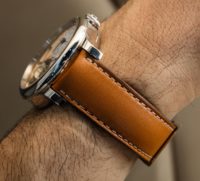 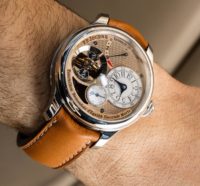 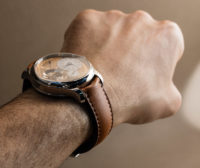 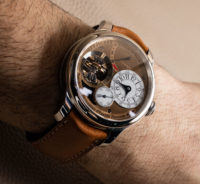 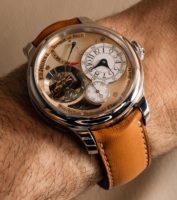