Standing out in the competitive field of water-loving watches is quite a task these days. Nearly every brand has a watch in its collection that likes to get wet, all competing for the favor of the consumer. Many brands utilize tried and tested designs, often inspired by the icons in this category, but a few brands take a more original approach. The following four watches are most certainly making waves; 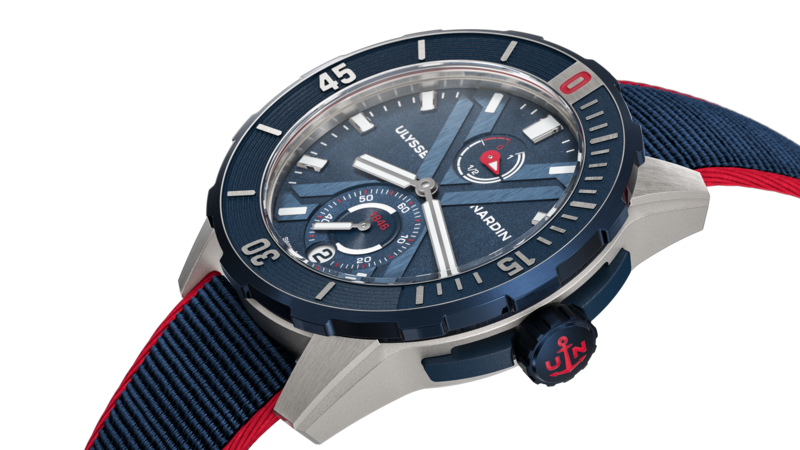 Ulysse Nardin Diver X Nemo Point
Ulysse Nardin has never been afraid of rocking the boat a little. While in many ways a very traditional manufacture, they always love to push the envelope. They continue to do so in both a technical but also aesthetical sense. The brand developed the Diver X Nemo Point especially for the Vendée Globe, the world’s most challenging open ocean race. Nemo point is probably the loneliest place on the planet, as the closest inhabited land is over 2.700 kilometers away. Only the most hardened and experienced sailors even attempt to go there. The Diver X is a watch to match, with a 44mm diameter case crafted from titanium. Inside we find manufacture caliber UN-118, which has a power reserve of 60-hours and features an escapement that is crafted with Ulysse Nardin’s proprietary silicium and diamonsil technology. 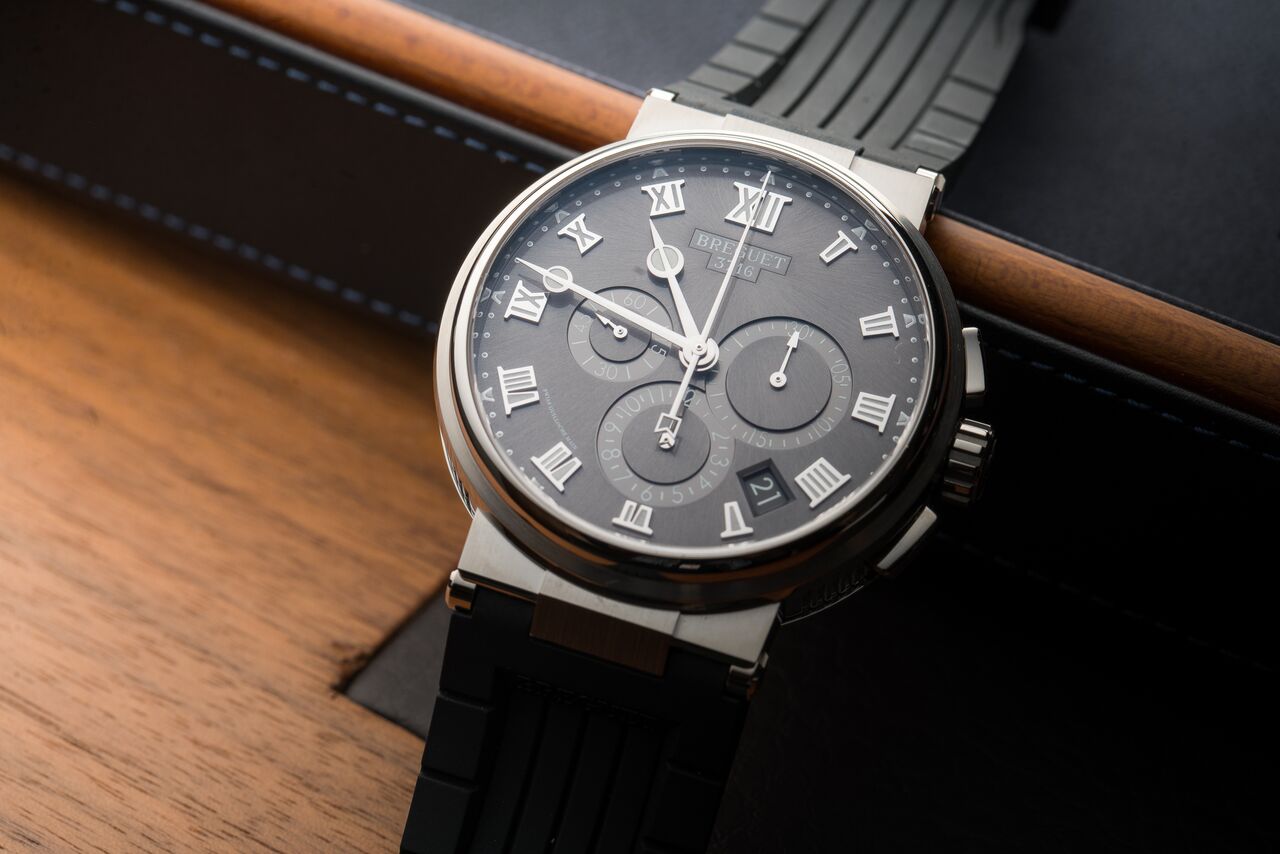 Breguet Marine Chronograph 5527
Breguet is one of the most respected names when it comes to classic watches, but with the Marine has the brand always shown its more sportive side. While the Marine Chronograph 5527 is by no means a diving watch, its water resistance up to 10 bar makes it that it is not afraid of some water either. This is quite exceptional for a chronograph, especially one as sophisticated as the ref.5527. Through a glass caseback, you can admire caliber 582QA, which also runs on modern technology, as its balance spring is made from silicon. Combined with the horns on the escapement, made from this same material, does it contribute to a more precise time-piece. 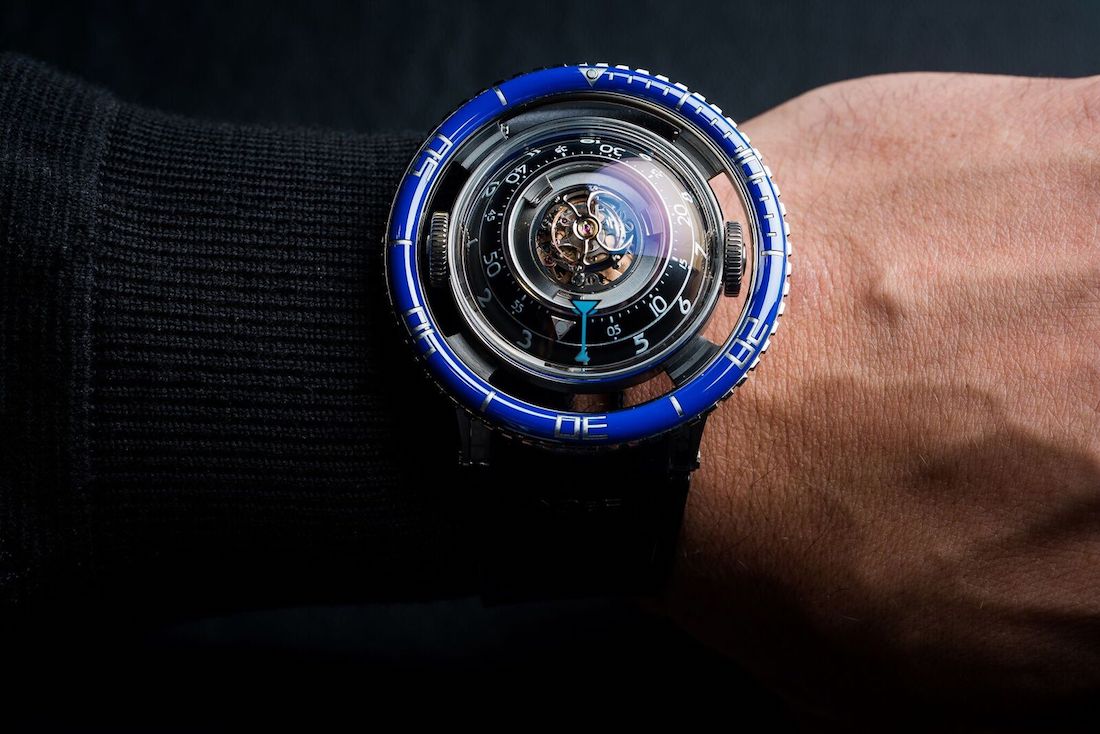 MB&F HM7 Aquapod
MB&F is another brand that loves to break the mold and does it so well. With the HM7 Aquapod they have completely reinvented the divers watch. While the traditional bezel is still in place, it is presented in a new dimension, as it is surrounding the watch like a halo. No hands are present, as two turning rings indicate the time. Center stage is, quite literally, claimed by a flying tourbillon, making the HM7 Aquapod indeed one of its kind. The beauty is that while its design and movement are incredibly avant-garde, it still honors the traditional design cues that, over time, have become synonymous with diving watches. 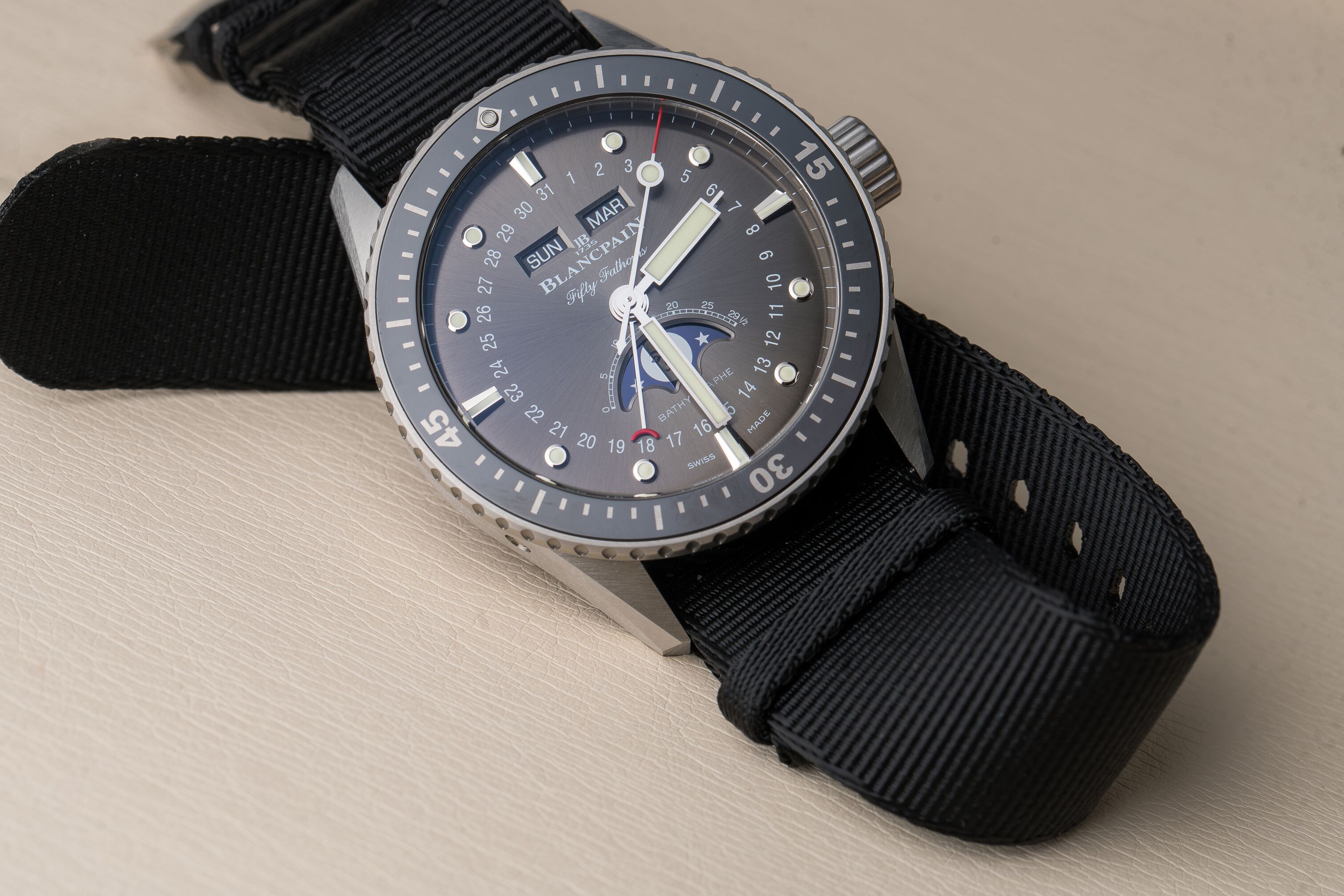 Blancpain Fifty Fathoms Bathyscaphe Quantième Complet Phase de Lune
The fact that Blancpain with the Fifty Fathoms has an icon in its collection with a passion for water doesn’t mean that they stop innovating. The brand is very active in terms of technical developments, but also with its designs, they are not stuck in the past, but more inspired by it. For the Bathyscaphe Quantième Complet Phase de Lune, they combined the Fifty Fathoms design with a signature complication of Blancpain; the full calendar. It results in a divers watch, unlike any other. While one can argue the need for a full calendar function on a serious diving watch, the fact of the matter is that the vast majority of these timepieces spend more time out than in the water. Yet even on dry land, it is one of those watches that keep making waves.