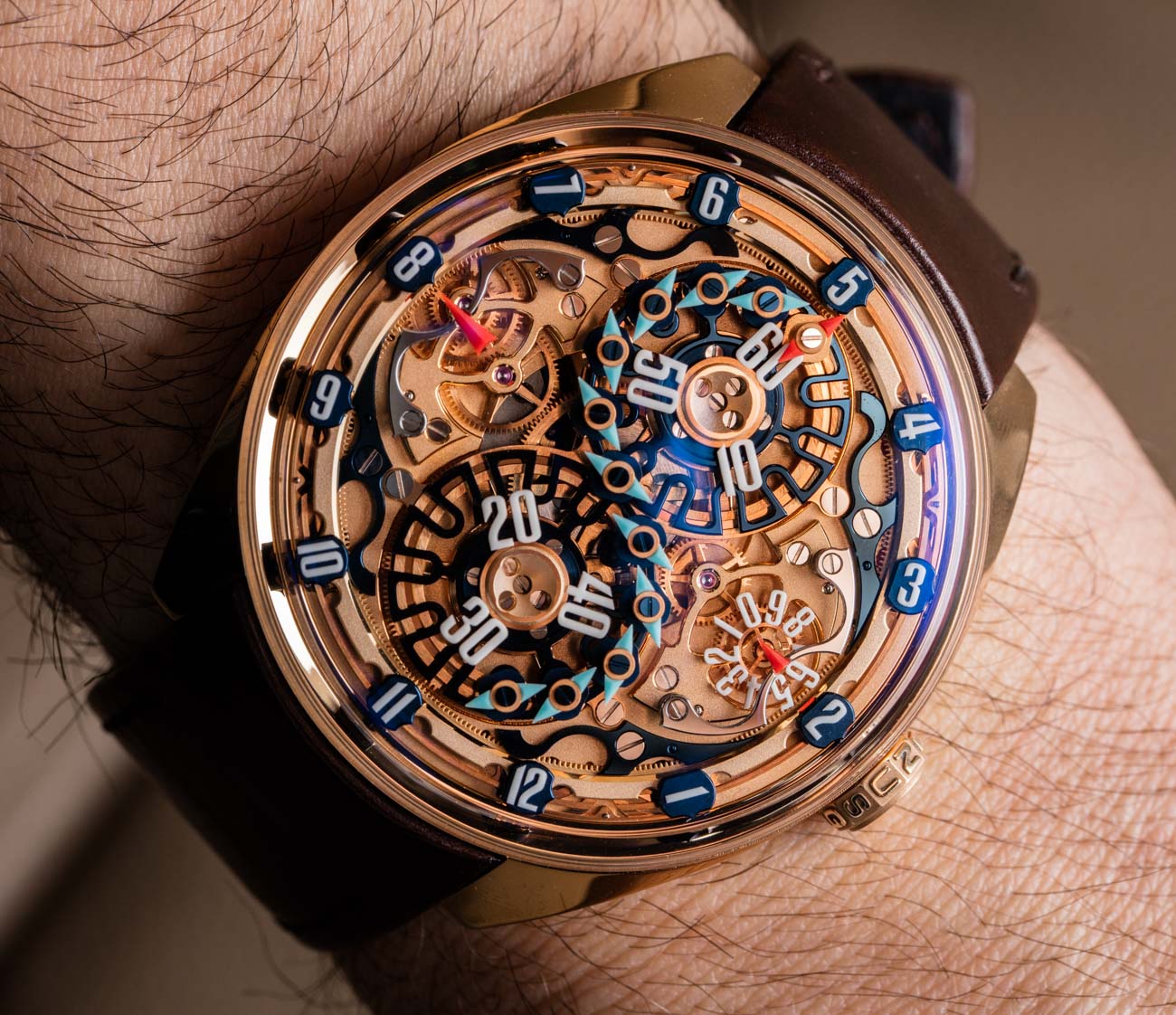 Genus is a newer Swiss watch brand competing in the $100,000-plus price segment with a visually arresting new dial concept that is encapsulated in the GNS (not the most creative name) watch collection. aBlogtoWatch debuted Genus watches here with a discussion of the GNS 1.2 WG, which is the 18k white gold version variant of the GNS 1.1 RG, which is the same timepiece but with an 18k rose gold case and matching movement.

Genus’ GNS watches are not for everyone — nor are they trying to be. The design is a mixture of classic proportions and the ultra-modern sensibility of leaving nothing left to the imagination on the dial and displaying more of the mechanism than is necessary. Such open-worked dials of today are also imbued with the indicators needed to read (just the time in this instance) information on the dial. In the case of Genus, in addition to the open-worked movement, we are faced with a novel means of indicating the time. Without some guidance, it would be easy to misinterpret the dial information altogether. Genus wearers might take joy in that, or otherwise viewing onlookers not familiar with the Genus dial, struggling to read the time when seeing it. There is some guilty pleasure in that, I suppose. 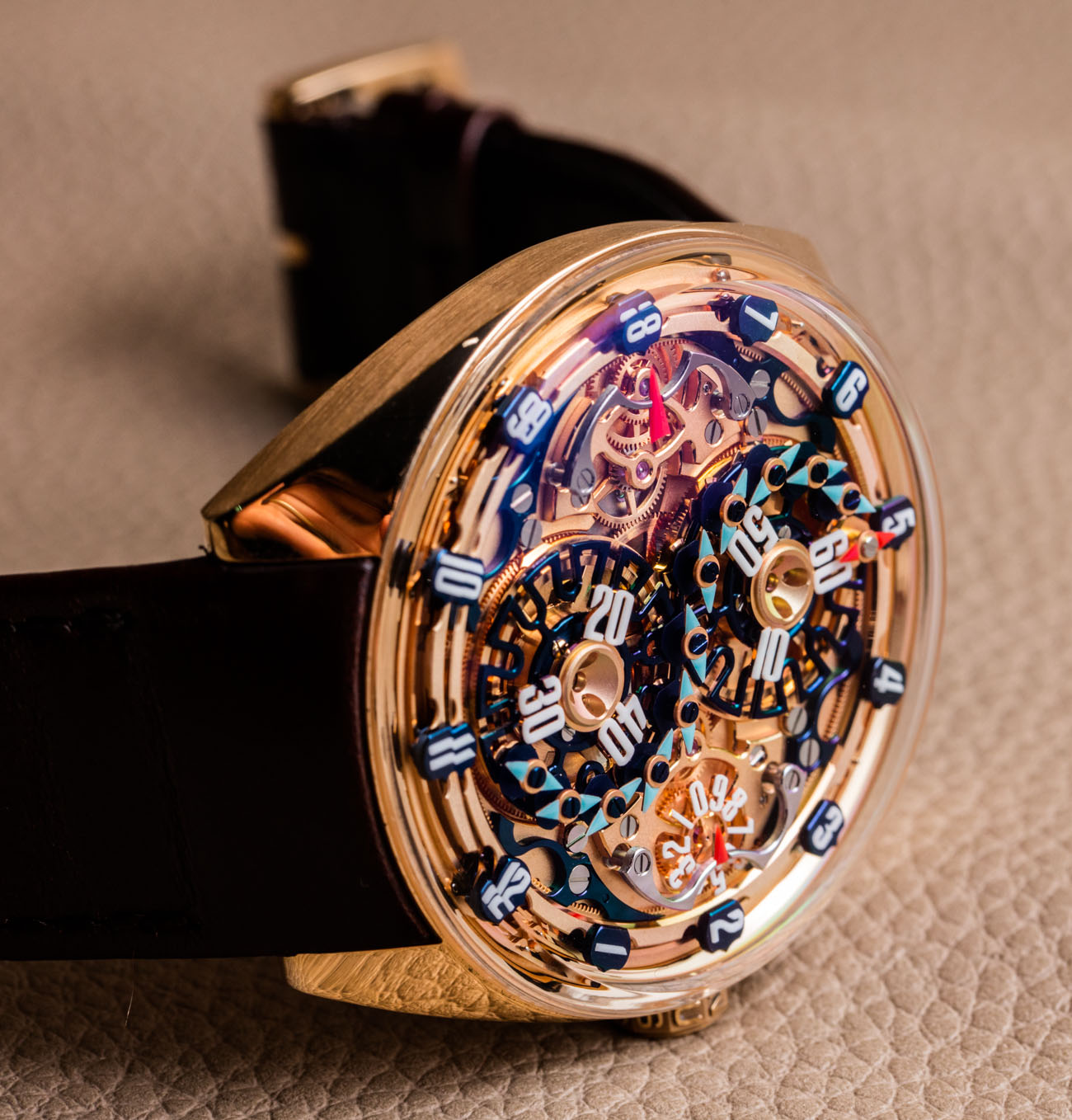 How is time told on the Genus GNS? It has what I call a “serpentine” row of indicators, kind of like a snake is topped with a “head” that serves as the hand, followed by a train of other moving segments that are there for effect. I should say that, in some images of other Genus models, only the lead part of the serpentine hand is on the dial — so I think the full “train” of hand parts is optional for the Genus dial concept. The snake of hand segments moves around the dial in a figure-eight formation while also serving as the minute hand. Actually, the serpentine hand system is just one part of the minute indicator, offering the first digit of the minutes while a smaller dial at 3 o’clock offers the second digit of the two-digit minute indication readout. Most of the time users can rely on just the serpentine hand to gauge the current minutes, but at over $100,000, Genus wants to make sure you can read the minutes more precisely (if you so choose).

Hours are indicated in a “digital” manner with an indicator hand located at 9 o’clock on the dial with an hour marker ring that rotates around the periphery of the dial. Genus attempts to promote legibility by making the indicator hands all red, which does help. Reading the time isn’t too bad once you train your eyes where to look. The serpentine hand is mostly cosmetic for effect, but it does help promote more “dial animation,” certainly a desirable thing.

From a design perspective, it appears that Genus’ design team struggled a bit when it came to mixing traditional and modern design elements into one watch. I believe they were trying to include the “best of both worlds” into the overall design. The GNS has poise and composure, but I am not sure if it ever truly reaches a cohesive theme or design language. For example, the curved bridges and clockwork on the movement are more traditional in design, while the time indicators and case are a bit more contemporary in design. Depending on your taste, the overall GNS composition will make sense to you or feel a bit disjointed when it comes to aesthetic harmony. 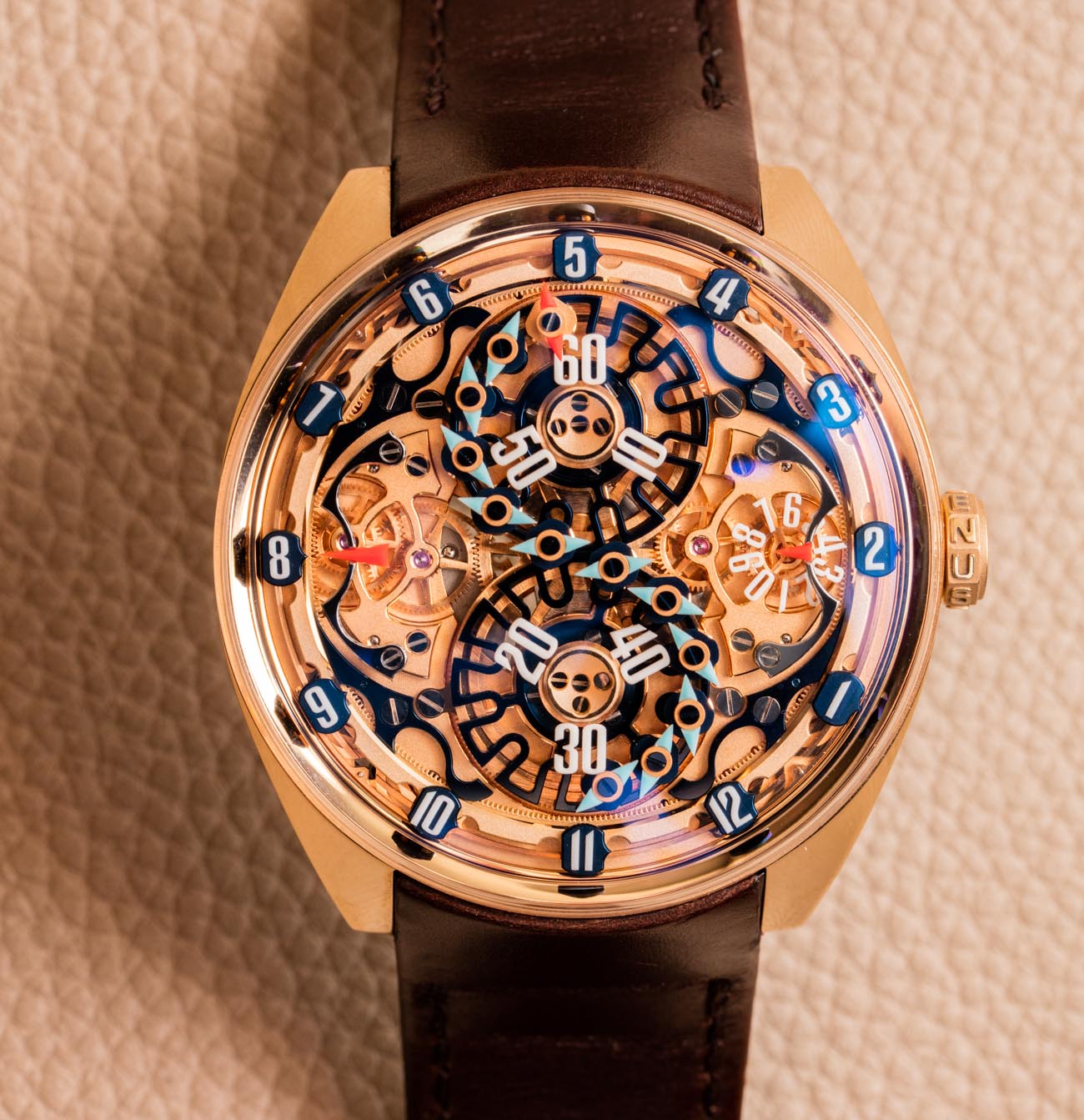 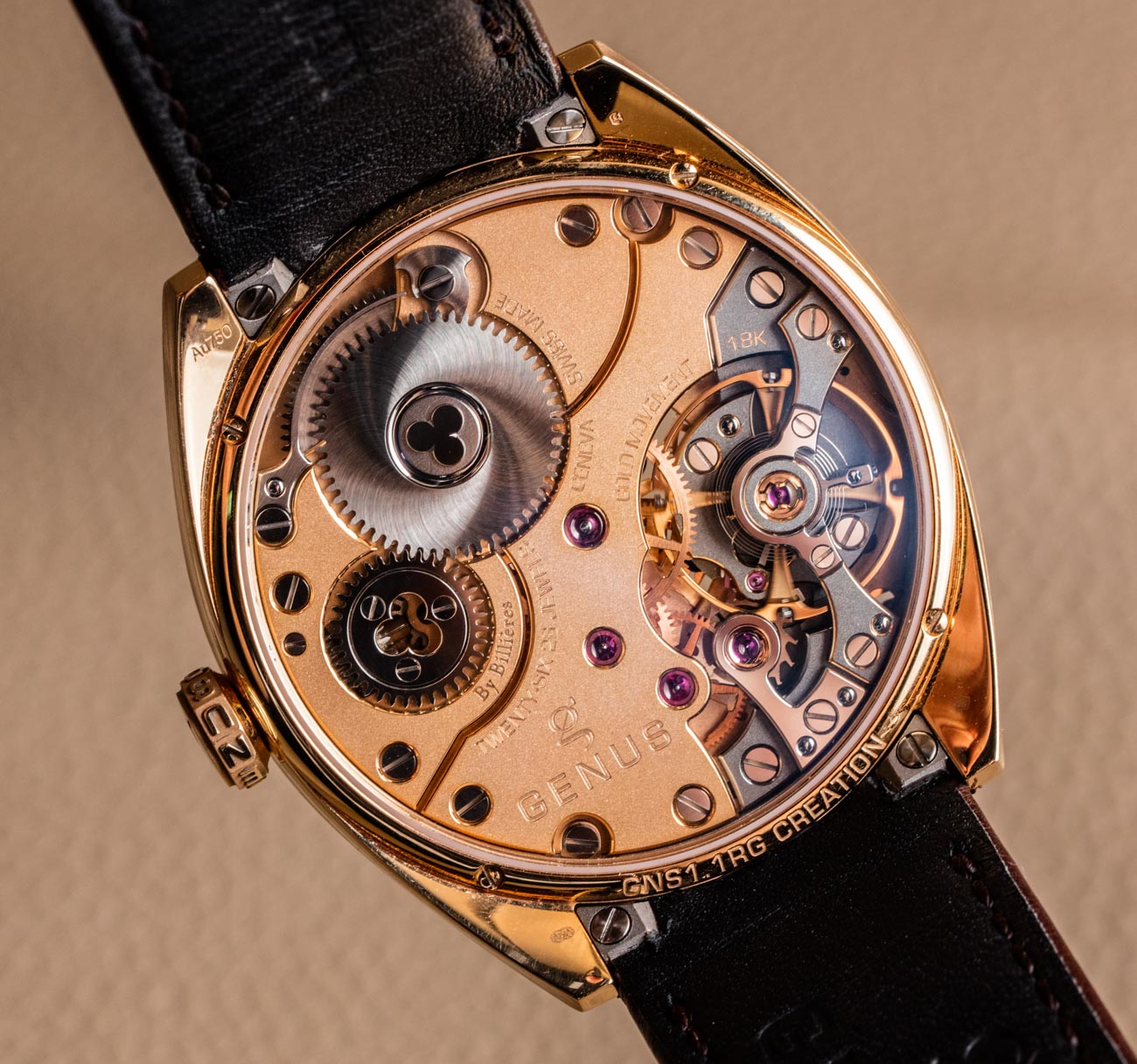 The Genus GNS 1.1 RG case is 43mm-wide, 13.1mm-thick, and water resistant to 30 meters. As simple as it is, the case with its brushed finishing in gold is actually rather attractive and the fitted strap considerably helps to improve the look. The “box style” sapphire crystal over the dial is actually one of those more retro-style elements that helps to show off the modern dial quite nicely. Turn the watch over, and through the sapphire crystal caseback window, you’ll see the other side of the movement appearing — once again very traditional versus modern. 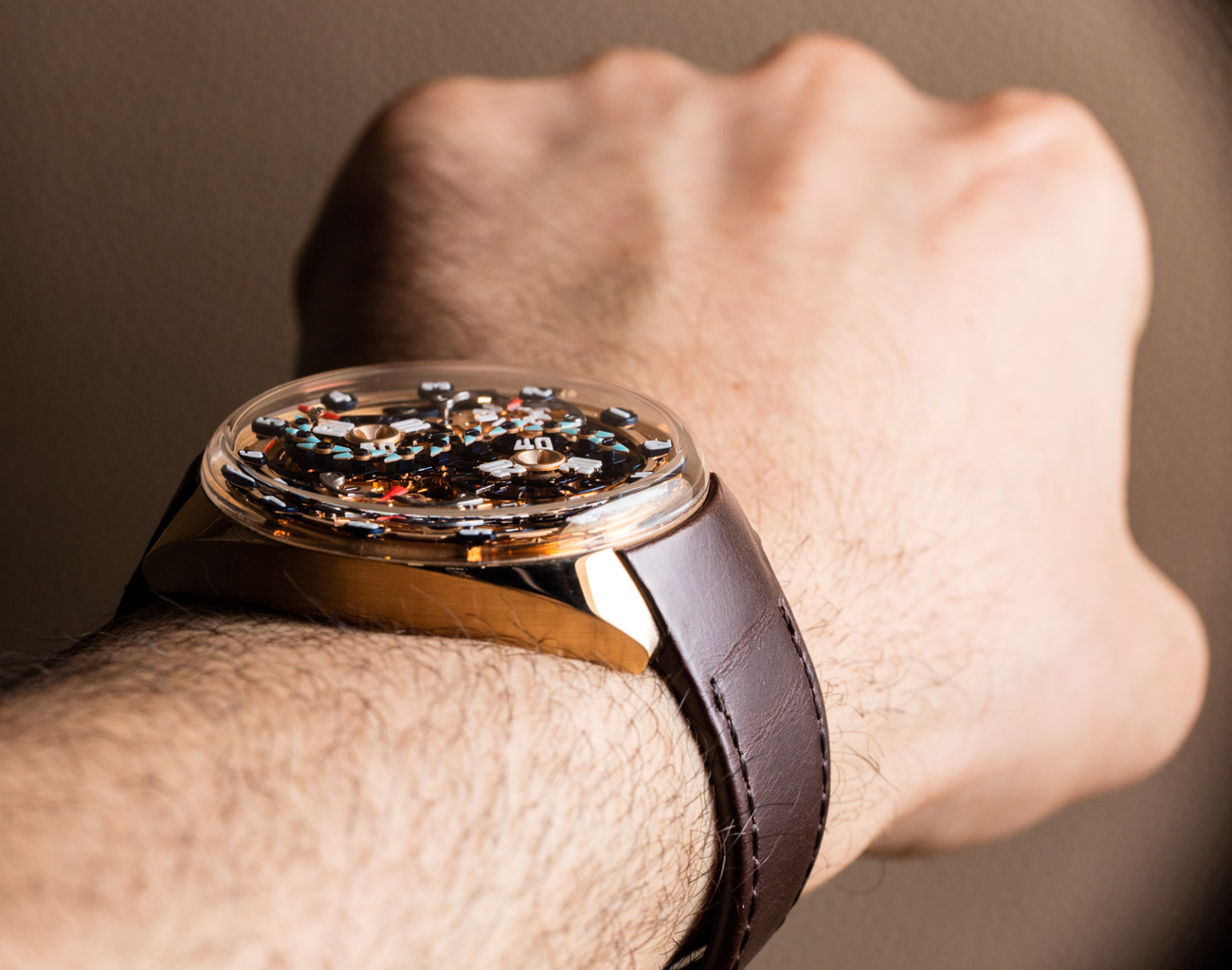 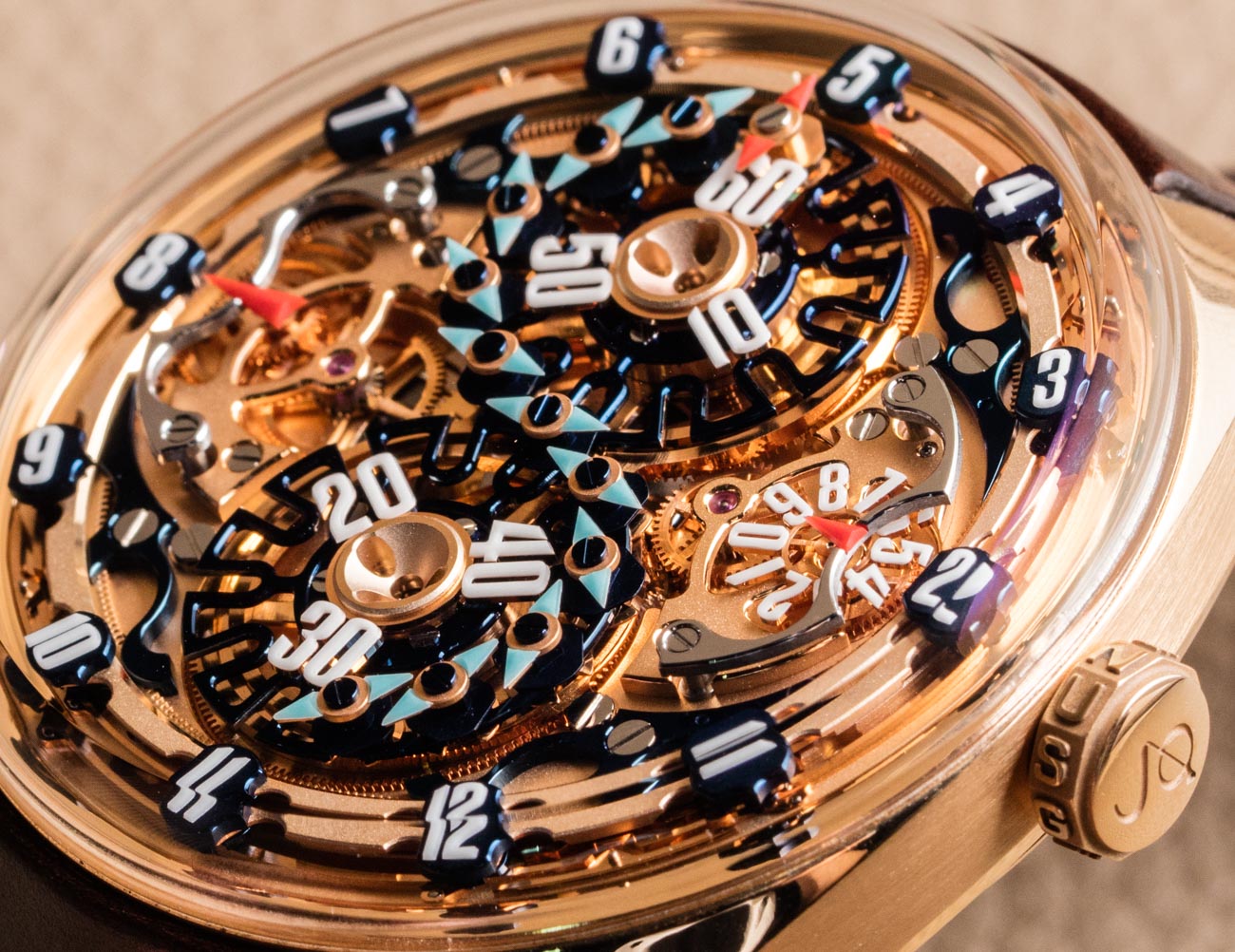 Two types of timepiece collectors tend to be interested in watches like the Genus GNS. The first group is well-funded and open-minded collectors who enjoy supporting new brands while getting to wear novel concepts on their wrist. This group likes products like the GNS because of their risk-taking and originality. The second group is similarly well-funded people who see the GNS as a bold statement piece and luxury status symbol. For them, the enjoyable dial animation (which looks its best when the user changes the time), the high price of the product, and visually bold design are why the Genus GNS has appeal. The market still has enough of these buyers to make Genus a viable concept, but the competition is still fierce, even at this price point. The Genus GNS 1.1 RG watch has a retail price of 150,000 Swiss Francs. Learn more at the Genus website here. 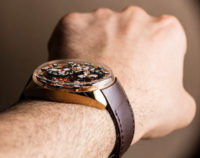 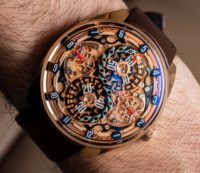 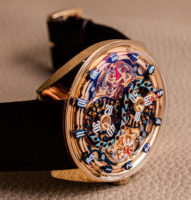 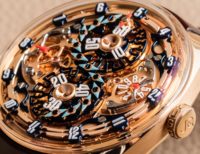 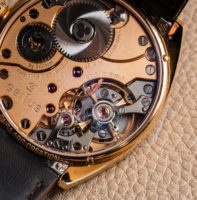 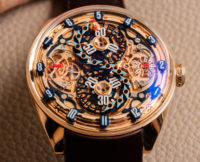 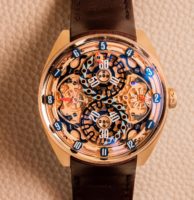 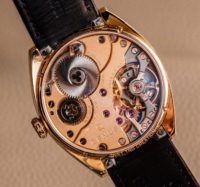 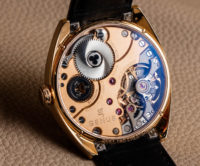 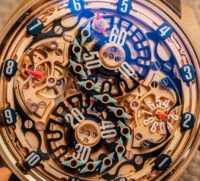 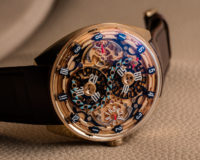