While I wasn’t looking, Swedish watchmaker Gustafsson & Sjogren changed its brand name to the more simple “GoS.” Why? I’m sure it didn’t have anything to do with people misspelling it. To bring some cheer into our lives during global pandemic pandemonium, GoS announced the utterly gorgeous Skadi watch — named after a Nordic goddess of Winter. Skadi is special not only because of its aesthetics but also because it is the result of mastery coming from no less than four people who are at the top of their field.

Having putting their artistic and technical expertise into this watch are Patrik Sjogren (finisher and watchmaker), Johan Gustafsoon (metal worker and forger who also creates Damascus steel), Anders Hedlund (engraver and knifemaker), and Peter deWit (jeweler and gold caster). Together, these experienced artisans have dedicated to building five Skadi watches, only one of which has been produced thus far. For what you get, the price is actually quite reasonable. 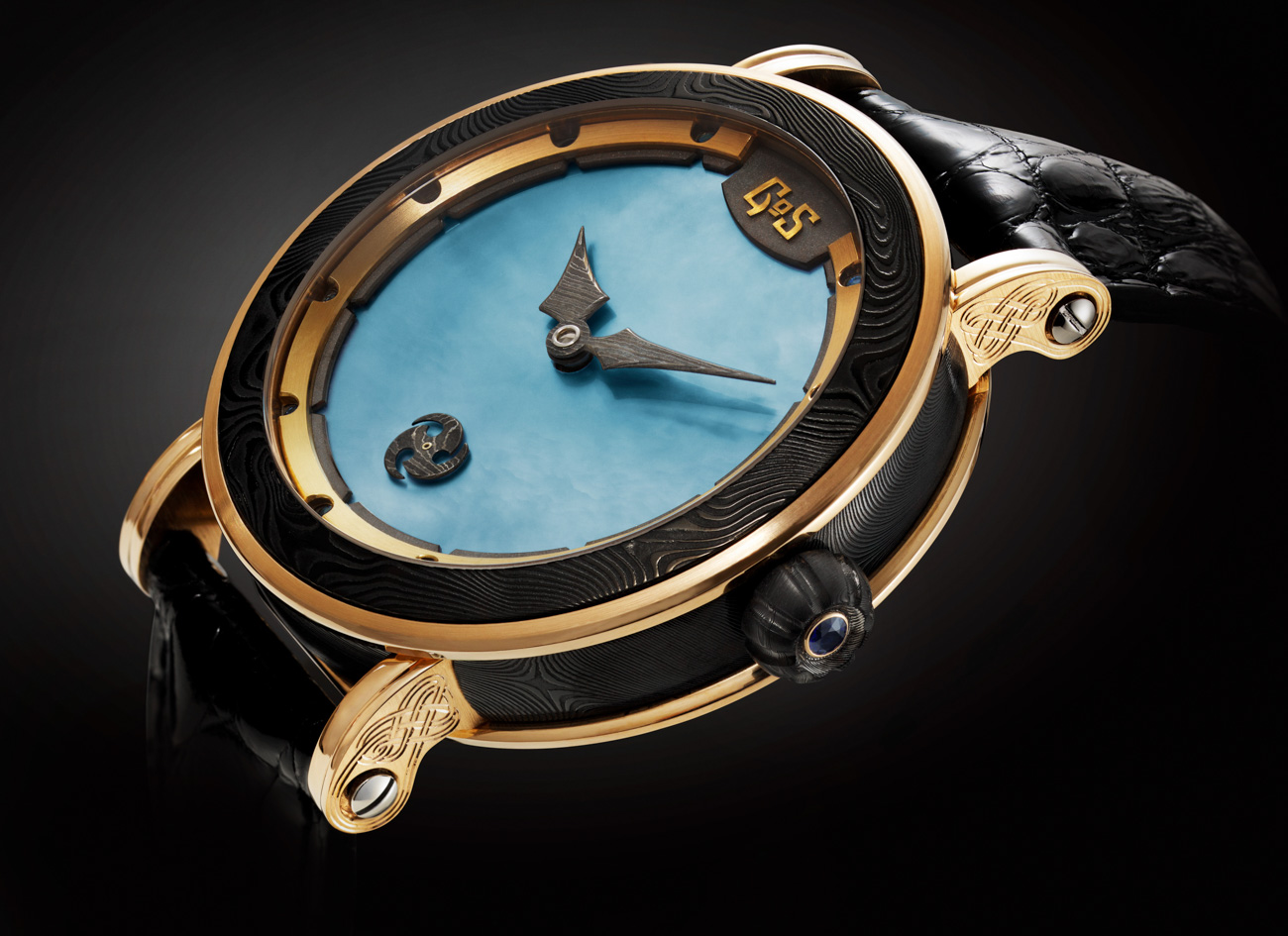 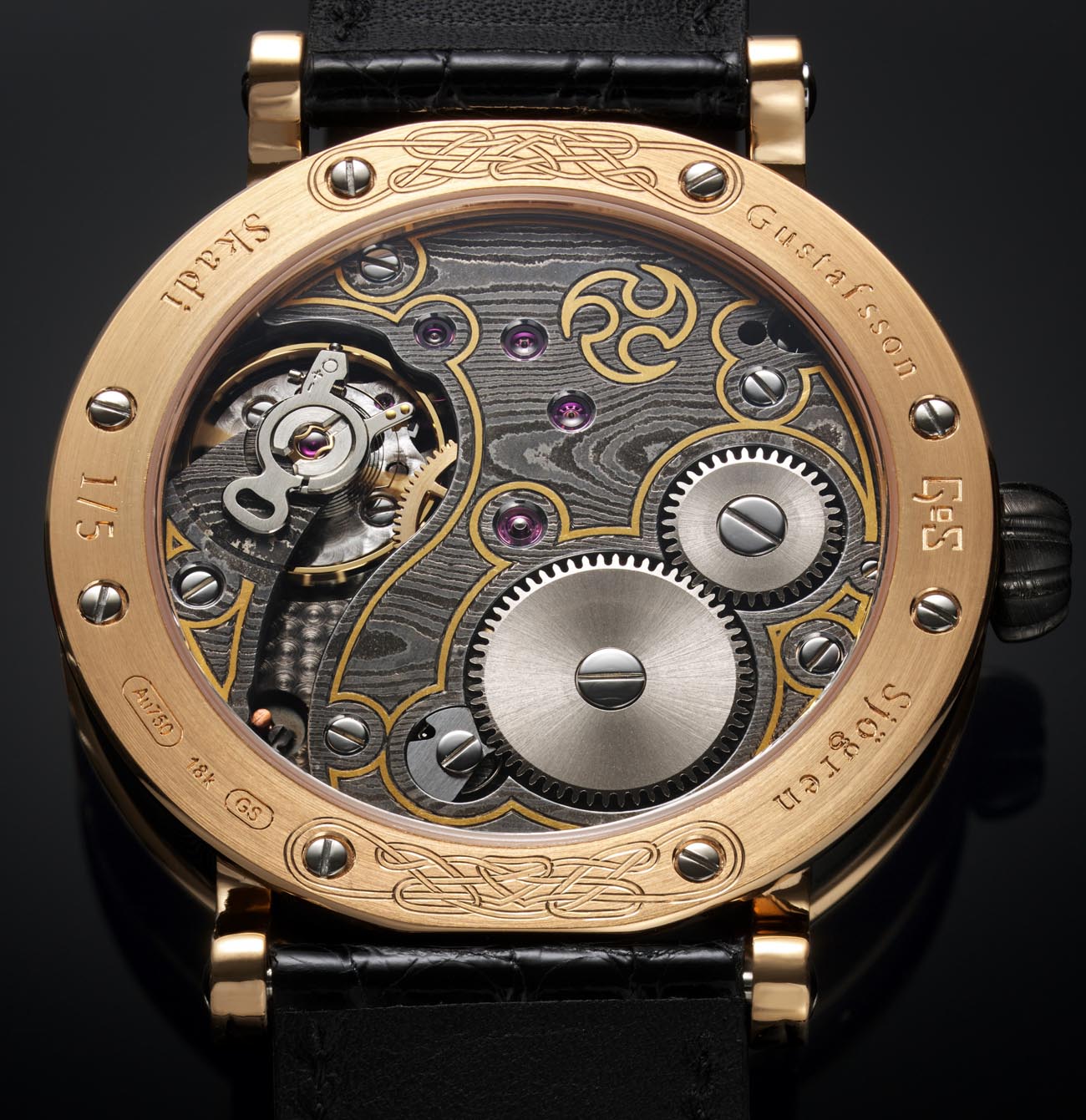 At 44.5mm-wide and 10.5mm-thick, the Skadi is much more wearable than its bold visuals might lead one to believe. The case is two-tone done right, using 18k red gold and a black PVD-coated “Damasteel” that is produced by Johan Gustafsson in Sweden. This technique is not as simple as coating Damascus-style because doing that would remove the various textures and finishes. The technique was first used in collaboration with Geneva-based Singer Reimagined, for a piéce unique version of the Track 1 timepiece made for the ONLY WATCH auction. Now, that same technique is being used for GoS itself, in combination with the gold. I want to say that I admire how, even though steel is mixed with gold, the watch clearly doesn’t skimp on the amount of gold it uses. The black Damascus steel, on the other hand, feels more cosmetic to me. I like that.

At a glance, the Skadi watch does not appear to have precious stones, but blue sapphires are set by Peter deWit at each hour marker, as well as in the crown. Finally the lugs and caseback are engraved by Anders Hedlund, with motifs that he says are inspired by Viking-era artwork. Note that the movement of the watch (visible through the caseback window) also uses a mainplate produced from Gustafsson Damasteel. The movement is a modified version of a Unitas 6498 base, which is apparently produced by Soprod. It is a chronometer-grade movement, and the Damascus steel plate has further interesting decoration on it. 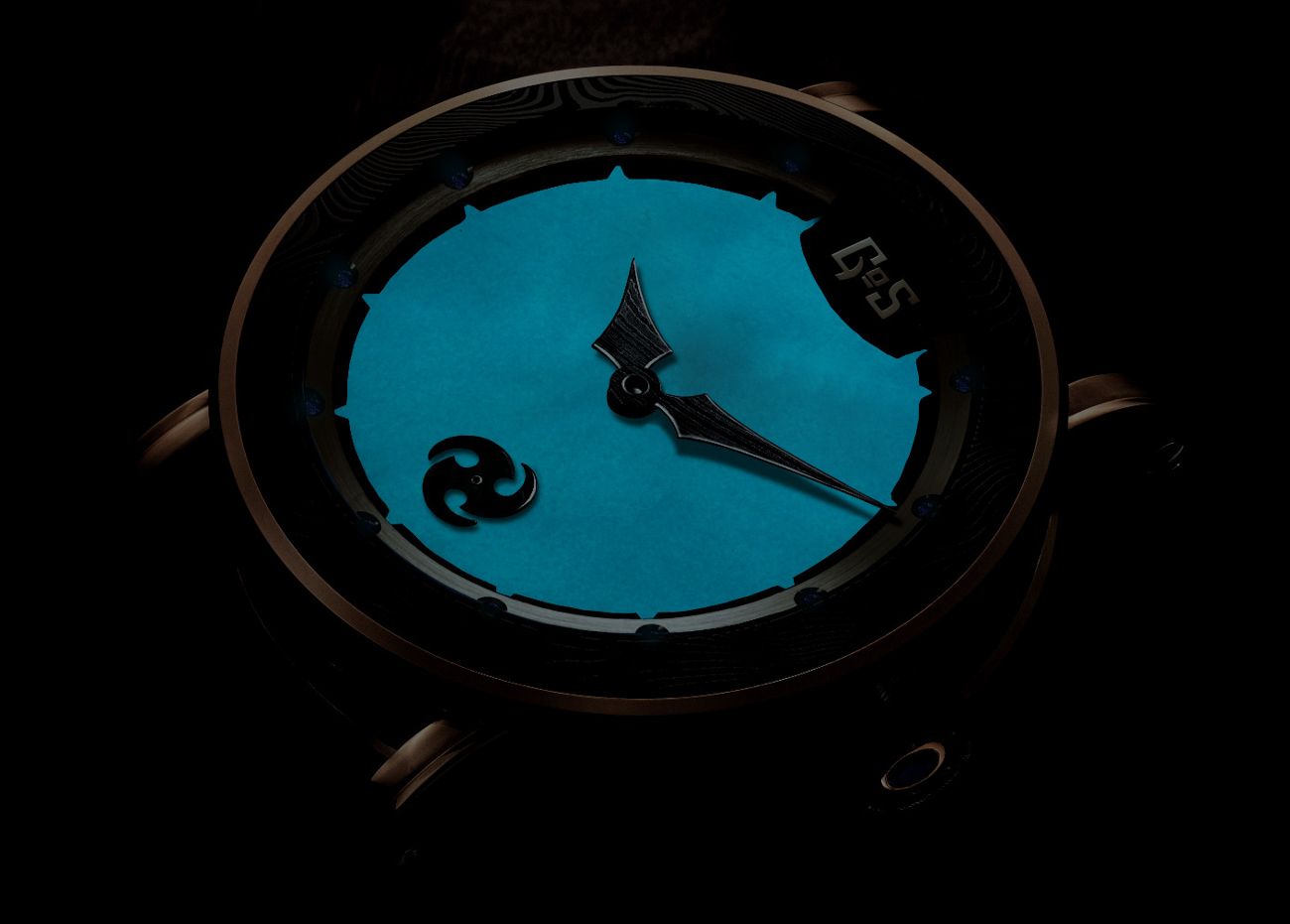 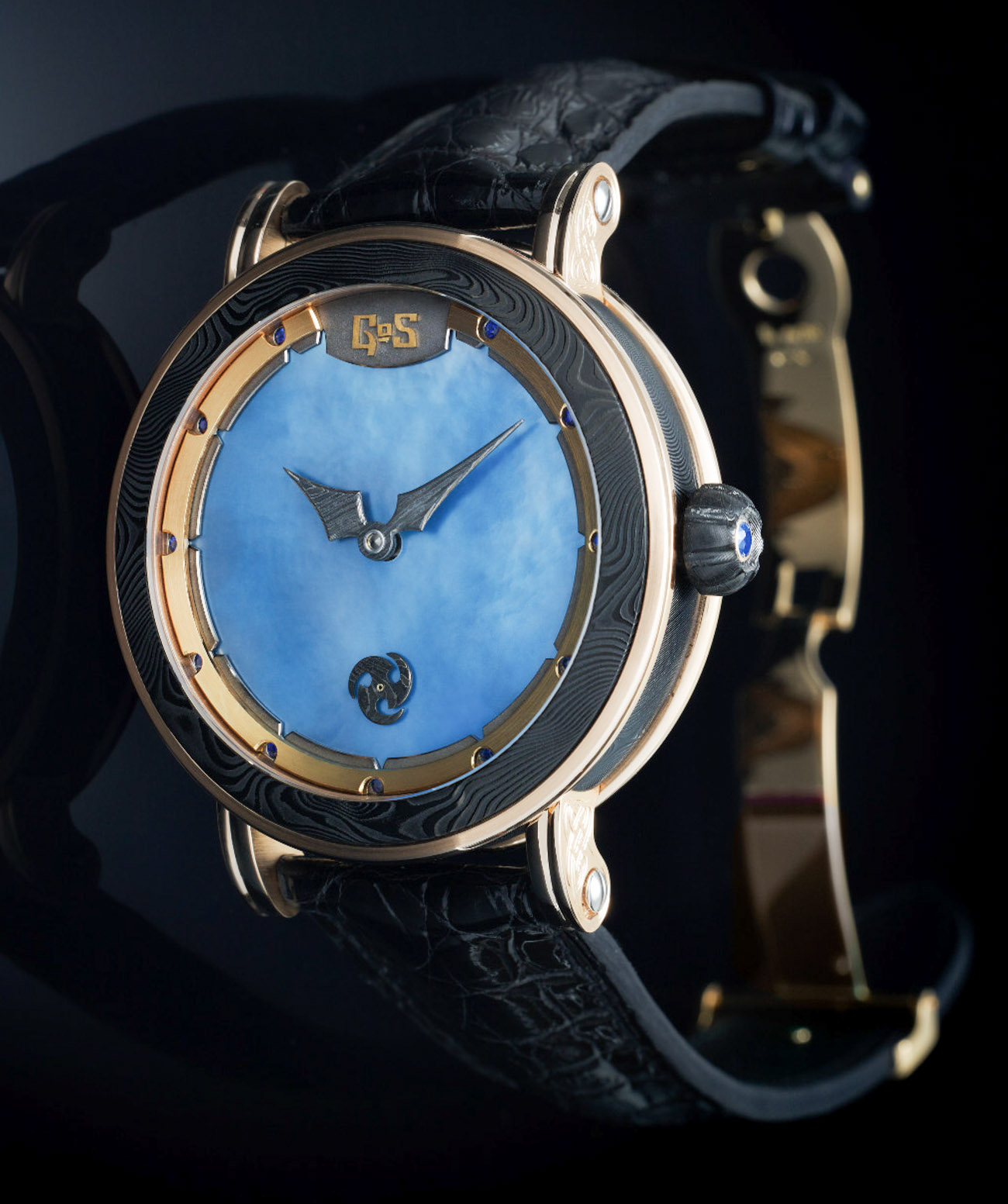 For the Skadi dial, GoS did something that I would like to see in person. The face itself is in white mother-of-pearl, with an applied brass ring for the indexes and black Damascus steel hands. Under the dial is supposed to be an application of Super-LumiNova. That means the entire dial glows in the dark — which sounds pretty lovely, actually. This isn’t the first time GoS has offered such a dial, as this was done on the 2019 GoS Sarek Glacier timepiece.

Attached to the Skadi watch is an alligator strap and special-locking 18k gold buckle that will make it a bit more “blingy” than the brand’s standard moose leather strap. In all, the GoS Skadi is a bit more of a celebratory piece than what most of the world is ready for right now, but the company is producing just five of them, and if you order one now, the Skadi will certainly arrive after the COVID-19 crisis has ended. Price for the GoS Skadi watch is $42,000 USD. Learn more at the GoS website here. 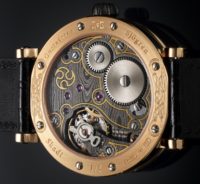 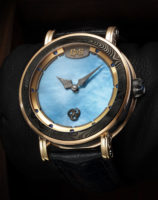 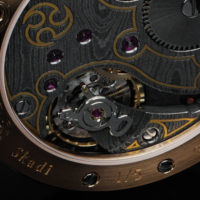 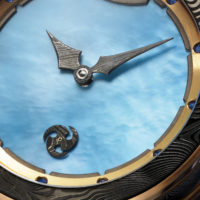 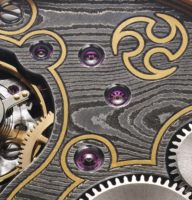 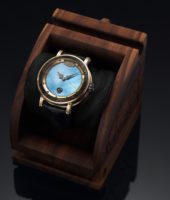 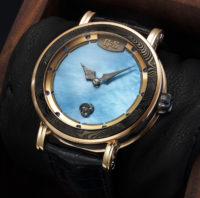 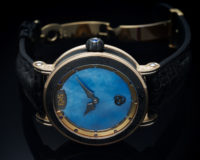 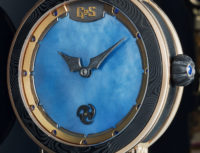 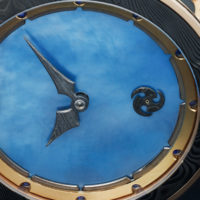 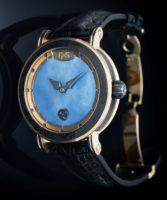 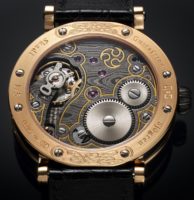 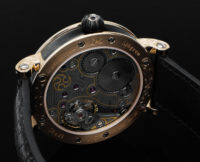 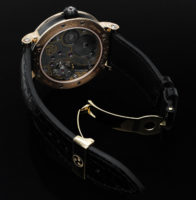 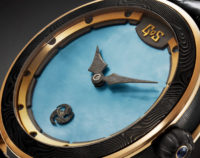