The Richard Mille RM 52-06 Tourbillon Mask was introduced a few months back as a limited edition for the Americas, and I was recently able to get my hands on the White Quartz TPT model. Not exclusively an aesthetic stamp, the Rorschach test of a mask is fully integrated with the movement and tourbillon. This starkly white version is done in a Quartz TPT (Thin Ply Technology) case done by Richard Mille’s partner, North Thin Ply Technologies. For those not familiar, it’s a super-lightweight and very strong material created by layering very thin strands of thin-ply quartz fibers that results in a damascene look. It’s a very lightweight and highly strong material otherwise used for aeronautics, boating, and sports. 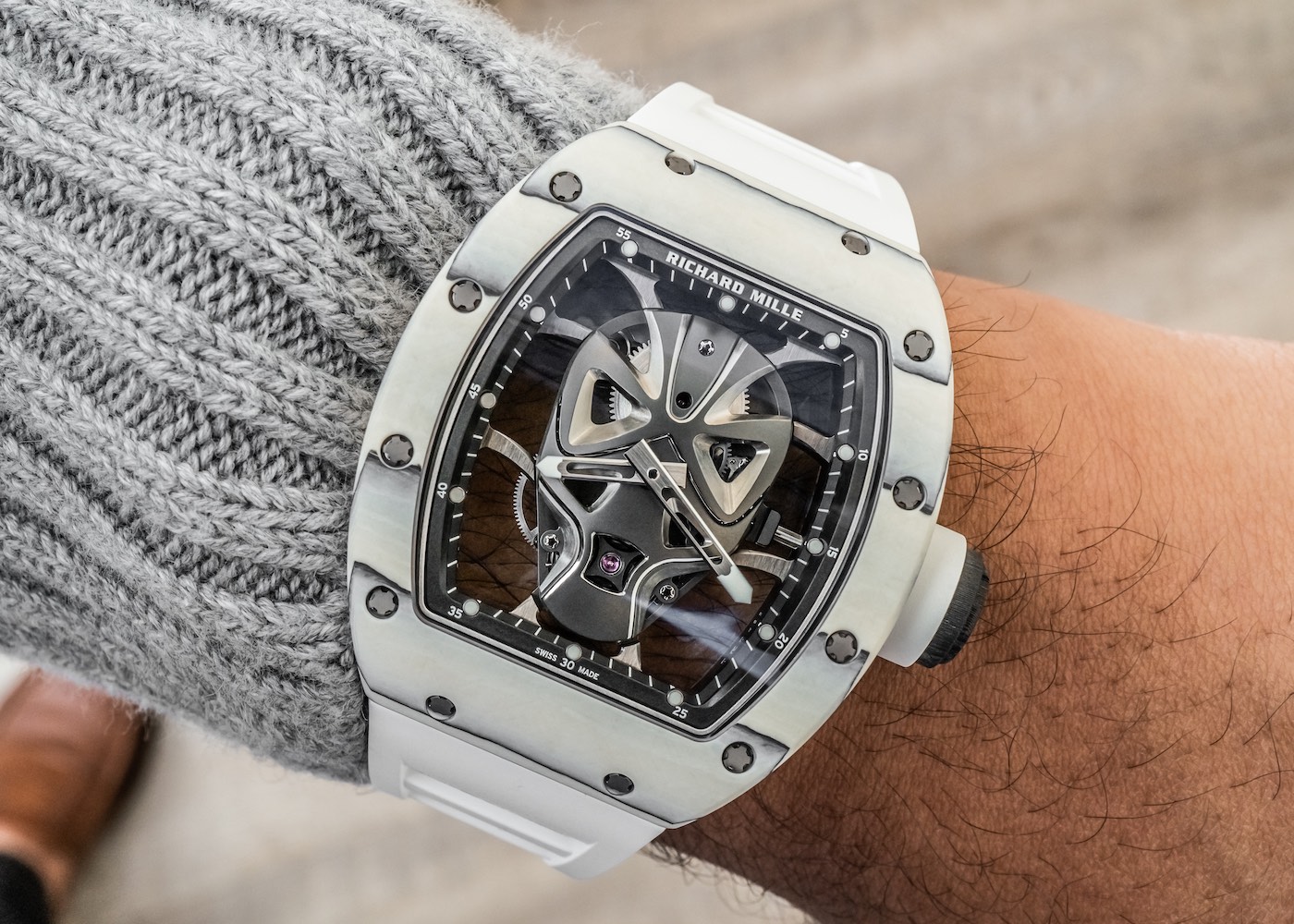 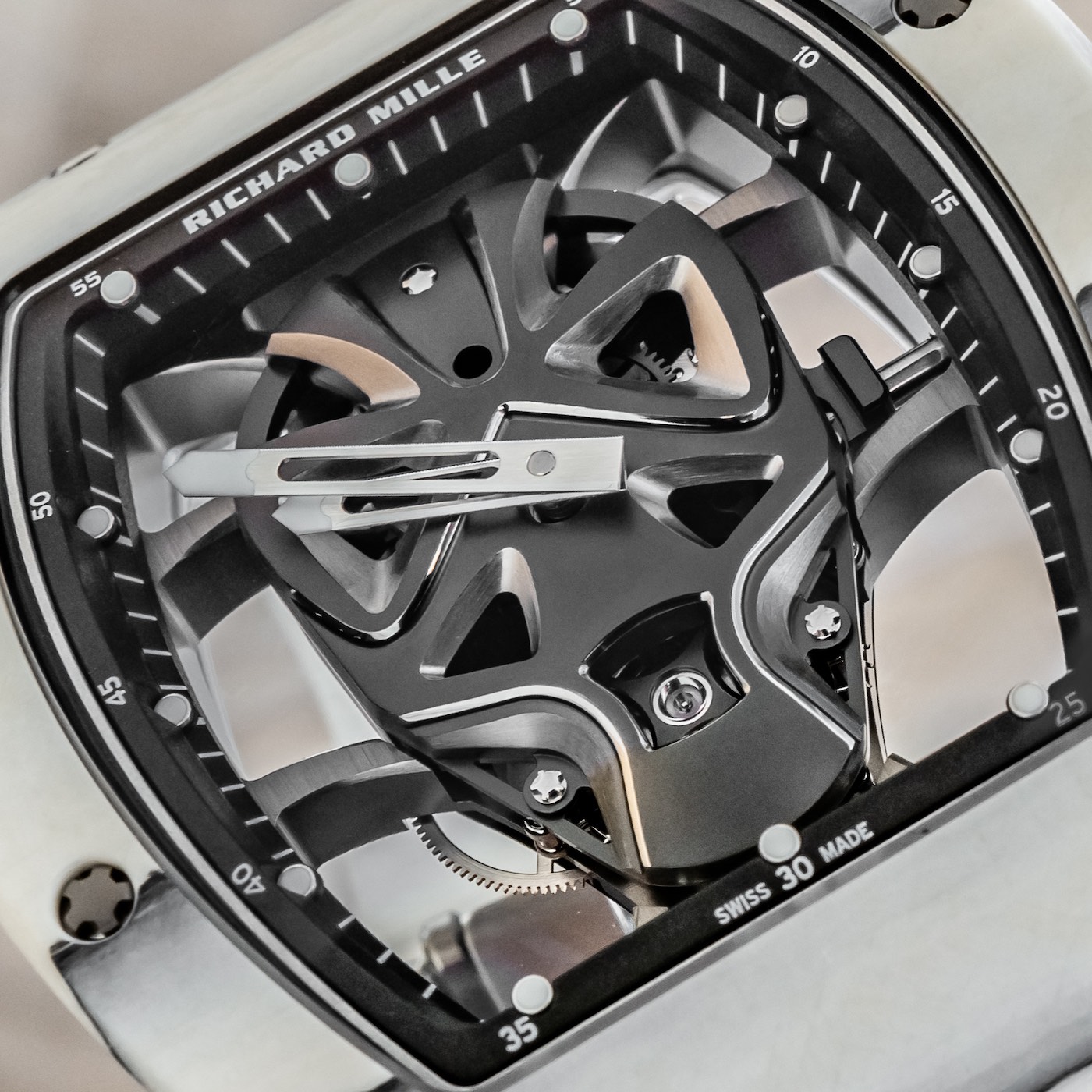 As with all things Richard Mille, the RM 52-06 Tourbillon Mask caters to the .1% while confounding casual observers and many watch collectors alike. There are four versions of the Tourbillon Mask being produced, each limited to just 18 pieces and only available in select retailers in the Americas. Even if you could afford the $700,000 price, I am willing to bet there will be several disappointed Richard Mille collectors out there not able to get their hands on one, at least in their preferred color. 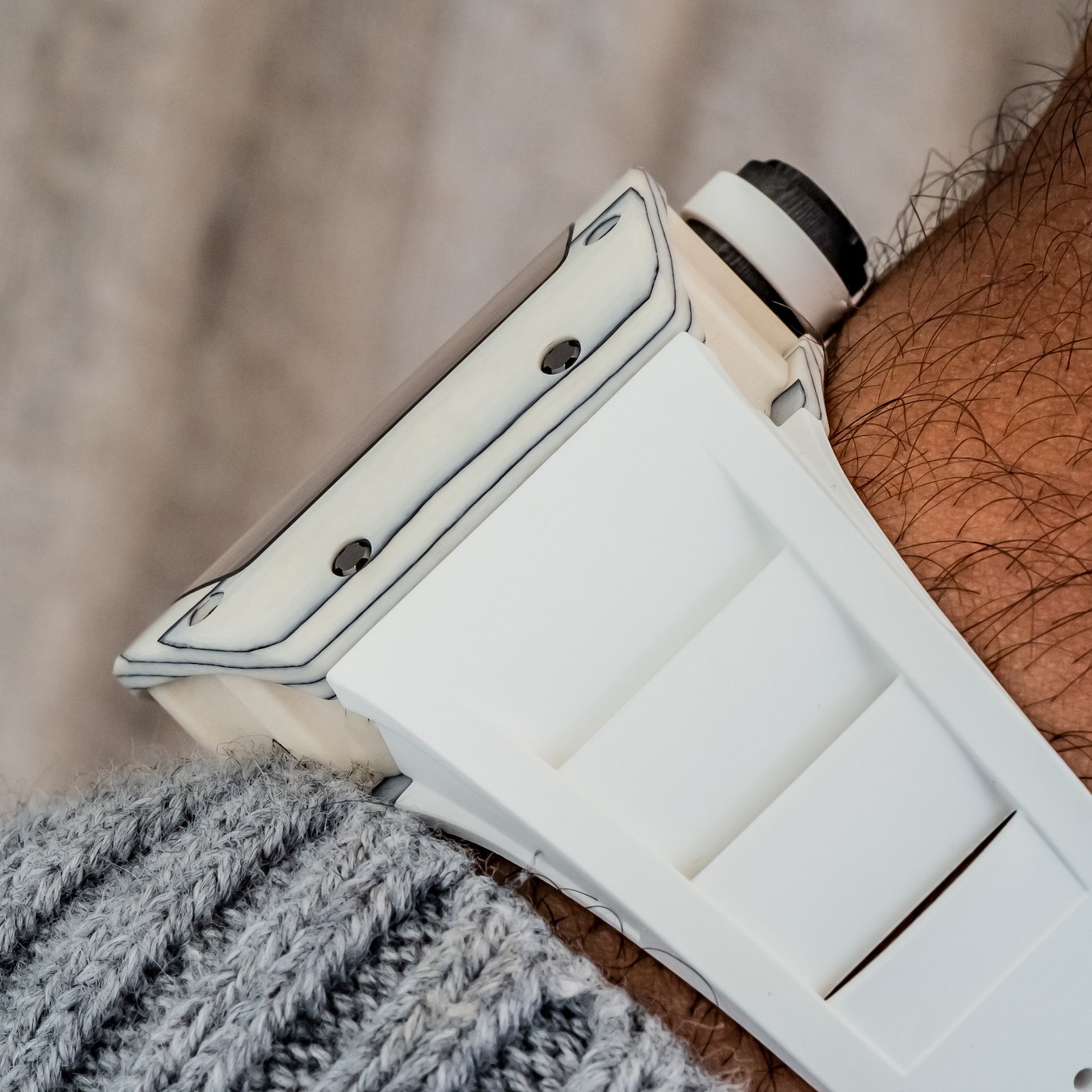 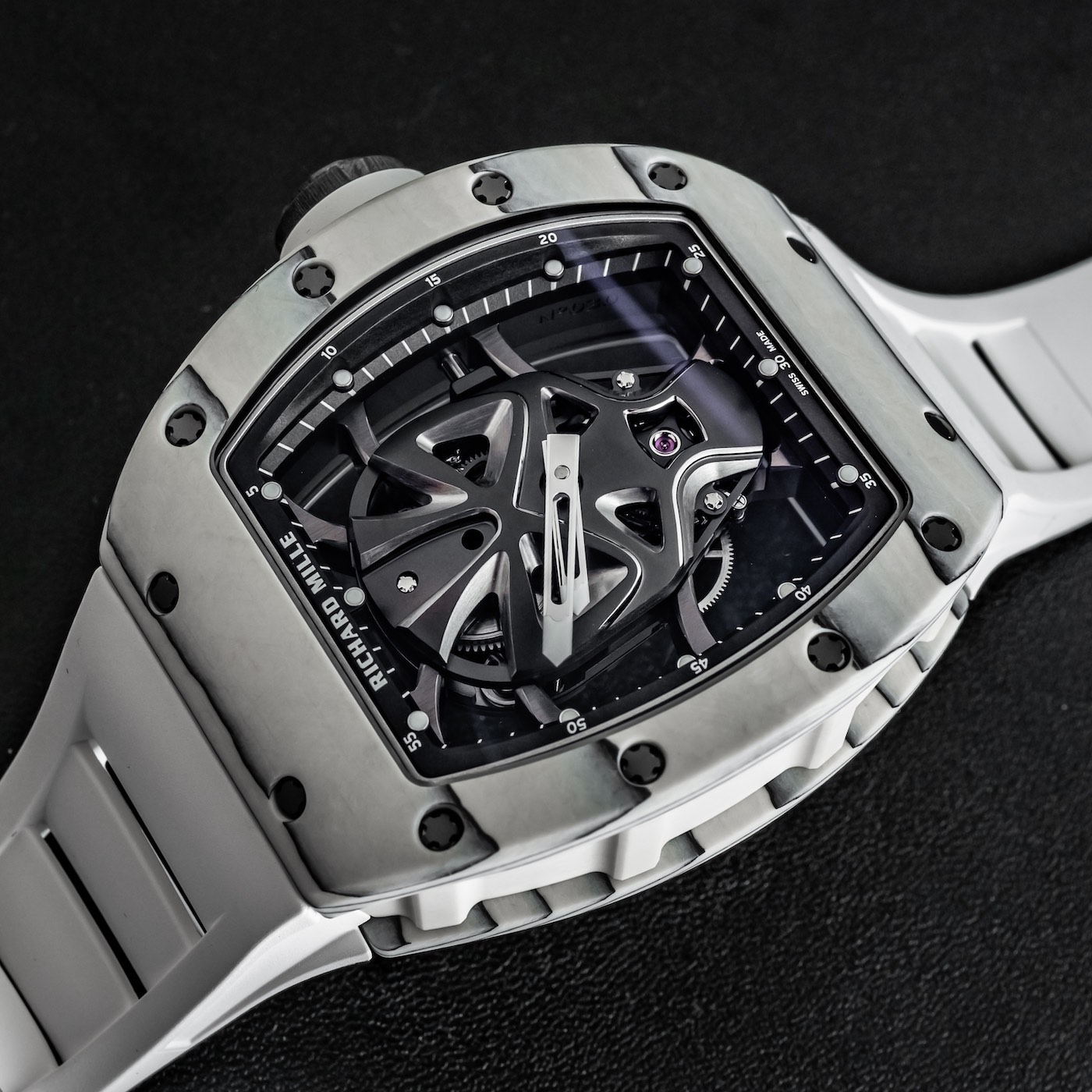 The first Richard Mille RM 052 Tourbillon Skull watch was released back in 2012. Skulls can be a tired motif, but Richard Mille obviously took it beyond the usual, making the titanium skull serve as the baseplate and bridges while the upper and lower jaws of the skull hold the ruby of the tourbillon cage. When discussing the RM 52-06 skull, the brand asks “Does one see a luchador, a kabuki mask, a superhero or even a gladiator helmet?” The skull almost elicits a feeling of pareidolia, even though the interpretation isn’t left that wide open. 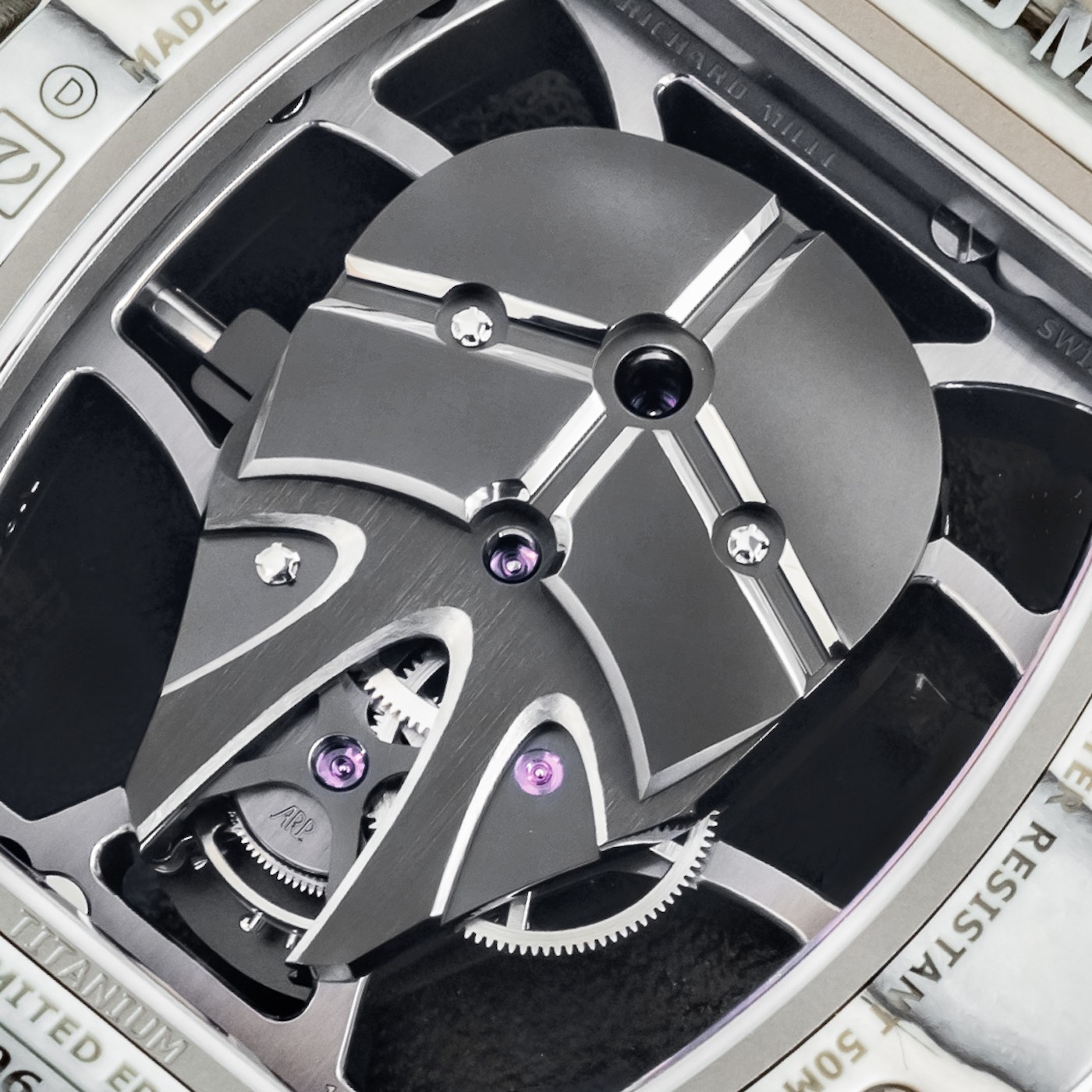 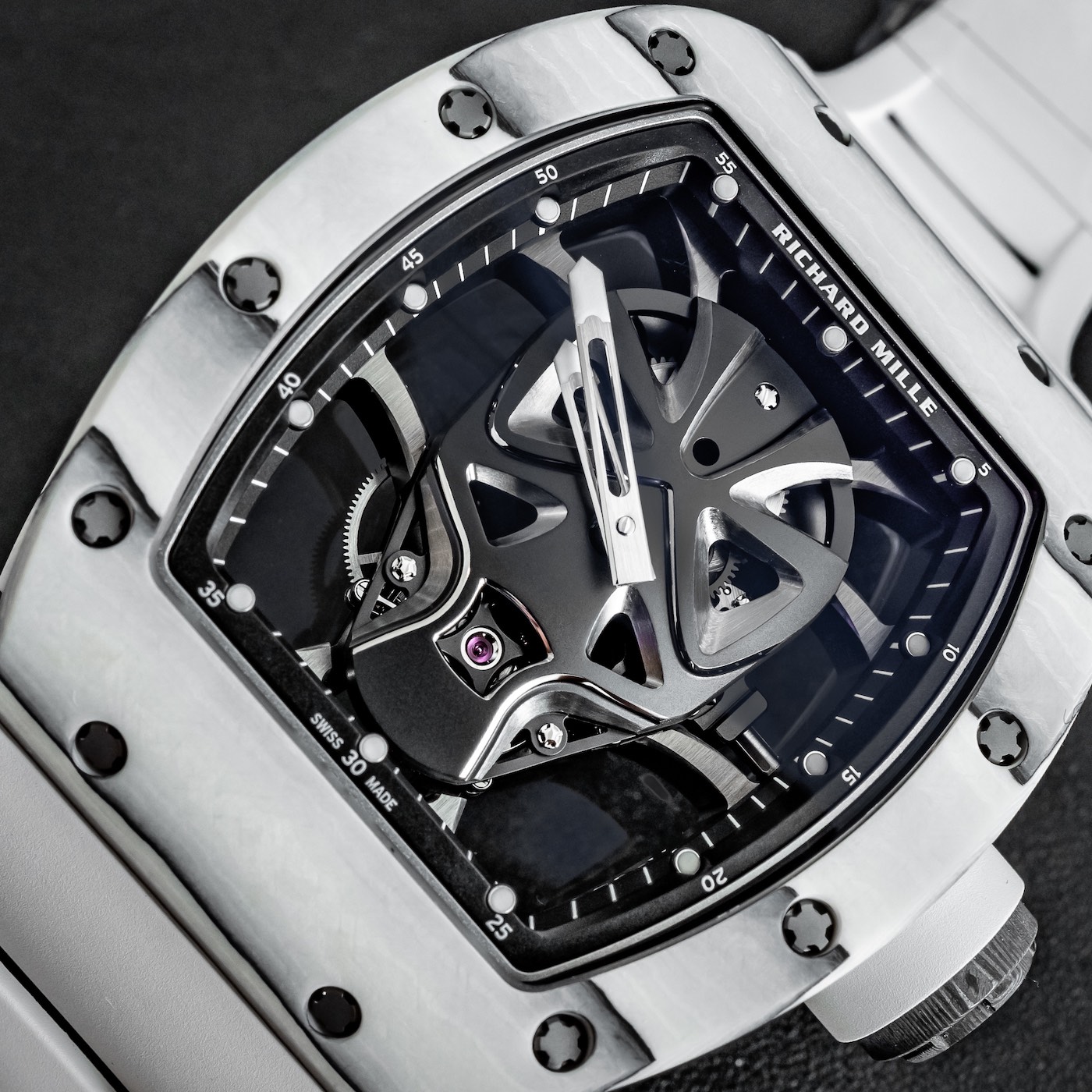 With the skull and movement being integrated (and remember the skull itself serves as wheel train and tourbillon bridge), the back of the skull serves as a center bridge. Sandblasted and with anglage work, all eight titanium bridges that connect the skull with the case are visible from the back. These bridges are all grade 5 titanium and have been created from one block. 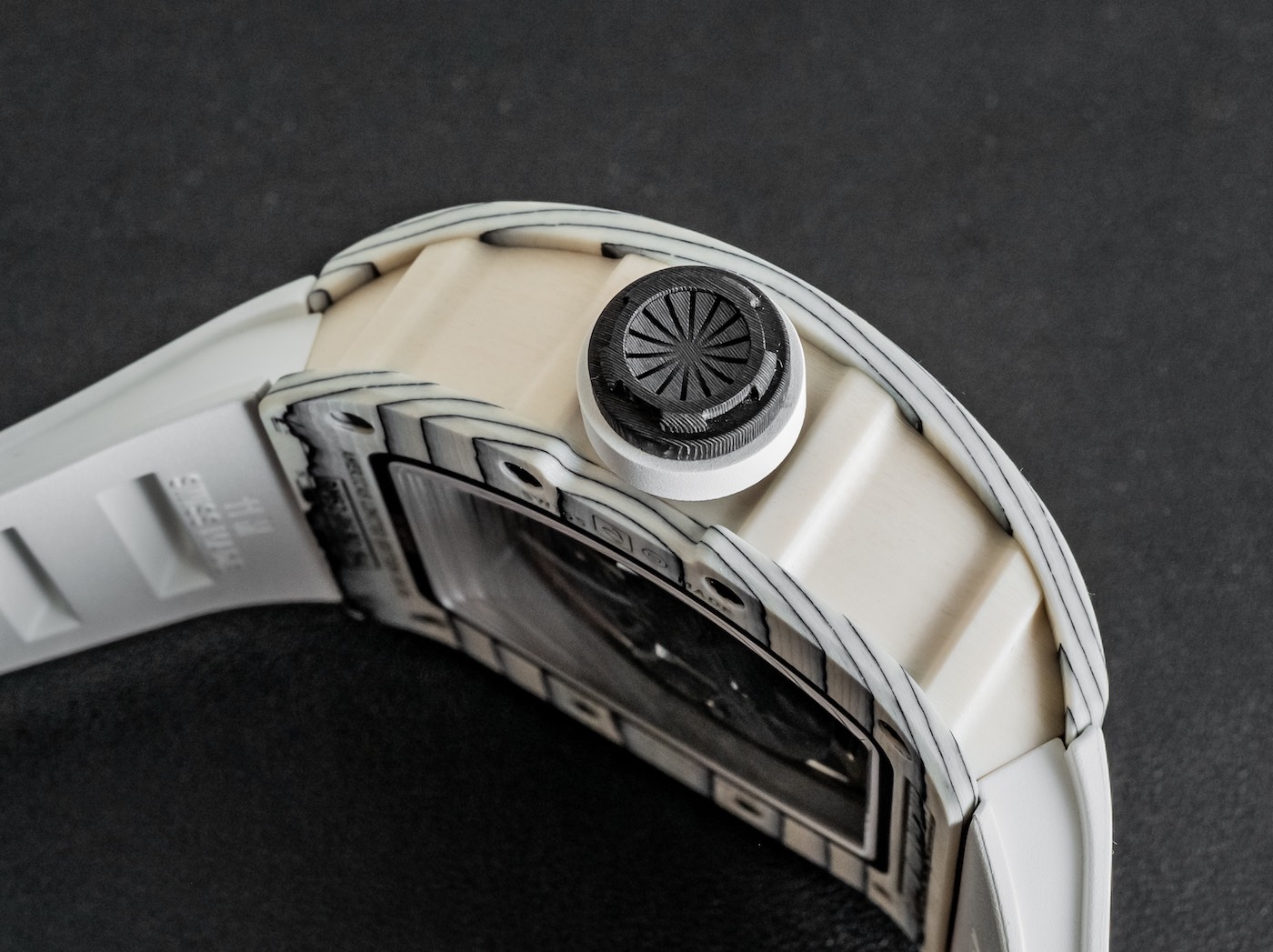 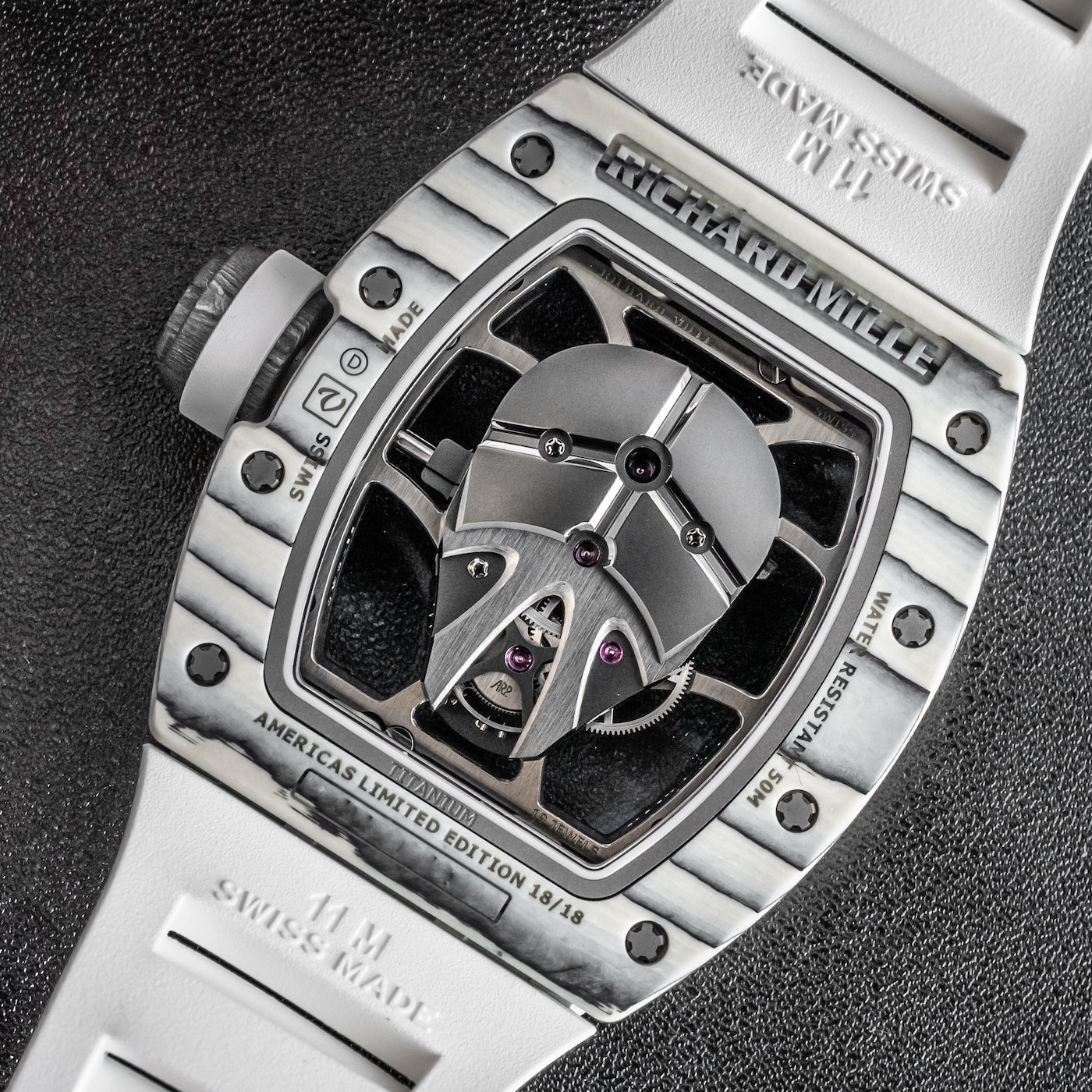 The RM 052 movement was recently used in the RM 52-05 Tourbillon that Richard Mille did in collaboration with Pharrell, and it’s what you’ll find beneath the skull of the RM 52-06. The manual-wind skeletonized movement has a free sprung balance wheel with variable inertia (meaning greater resistance from shocks and better accuracy over time), a fast-rotating barrel that takes six hours per revolution rather than 7.5 (improves mainspring ad overall performance), barrel pawl with progressive recoil, and winding barrel teeth and third-wheel pinion with central involute profile (improves torque transmission and overall performance). Operating at 21,600 vph, the RM 052 has a 42-hour power reserve. 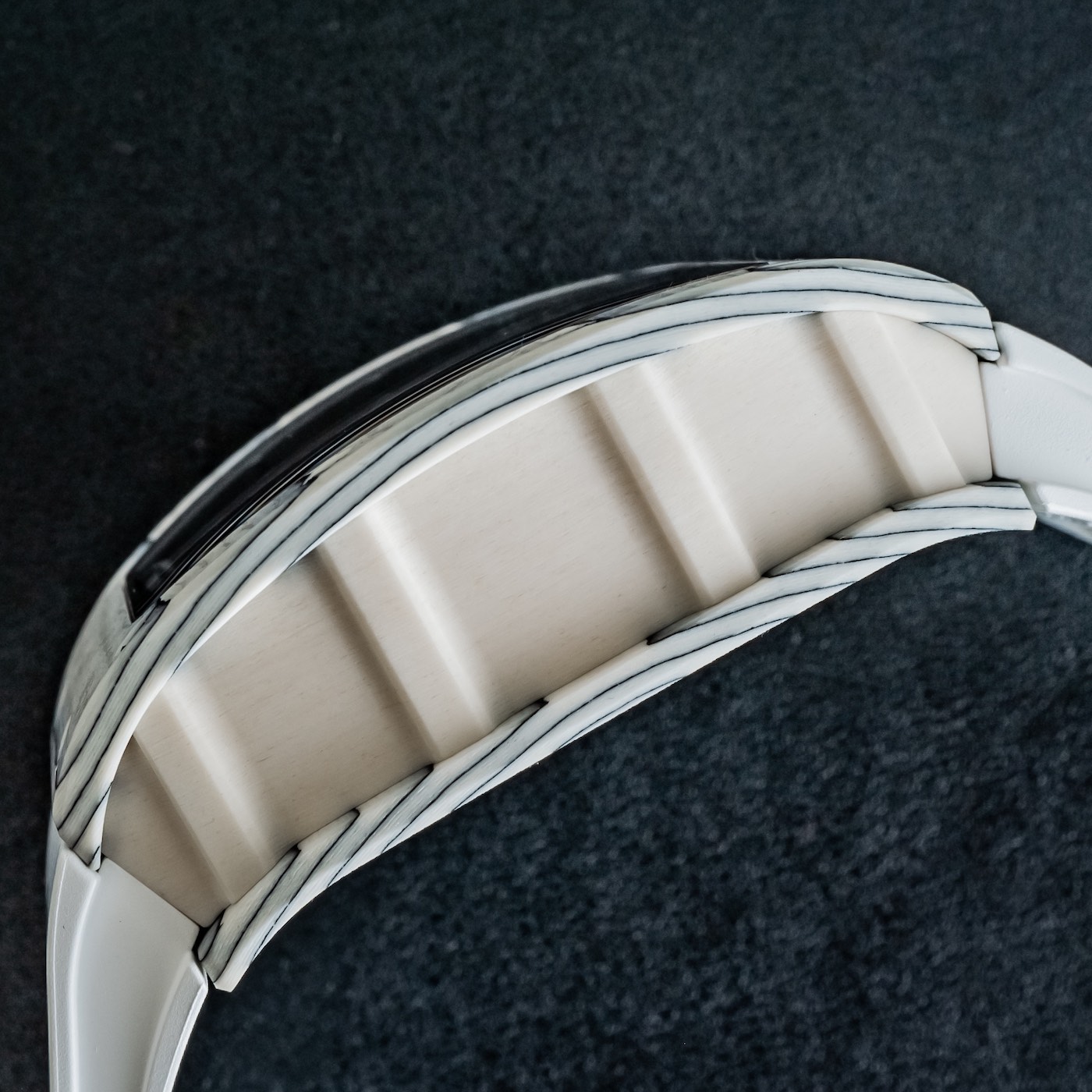 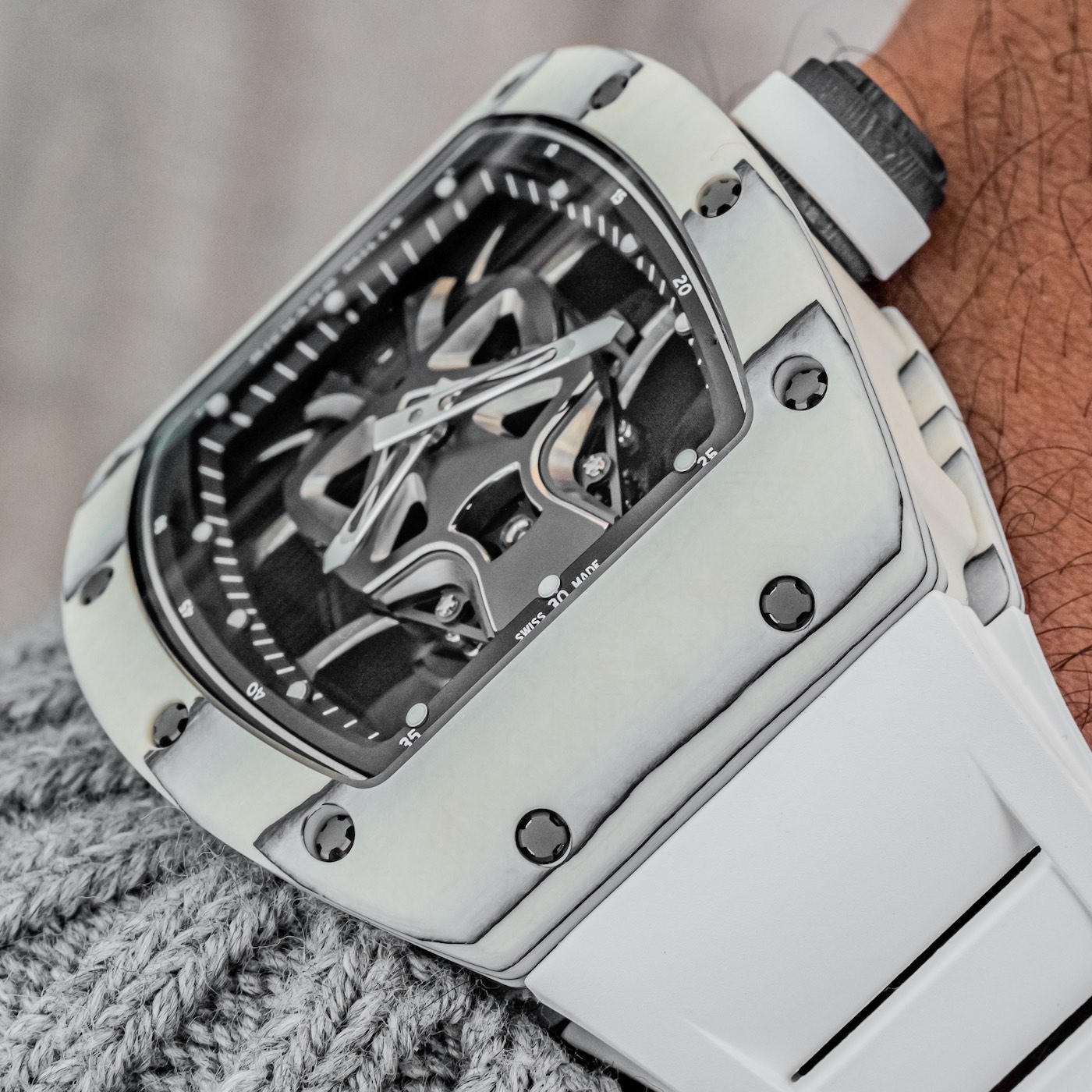 I want to get back to the Quartz TPT material used to build the case for a bit. It’s been explained several times, but I found a pithy and informative paragraph on the Richard Mille website about the process that I want to share:

Quartz fibres are generally used for very high-performance applications due to their resistance to high temperatures, their strength and their transparency to electromagnetic waves. These fibres are specifically aligned in layers no thicker than 45 microns and saturated in resins developed specially for Richard Mille. These layers are then stacked using an automatic positioning system that changes the orientation of the fibre between each layer by 45°. After being heated to 120°C and subjected to a pressure of 6 bars, they are machined on a CNC machine at Richard Mille’s manufacturing facility. Carbon TPT® is made by an identical process, but from carbon threads. 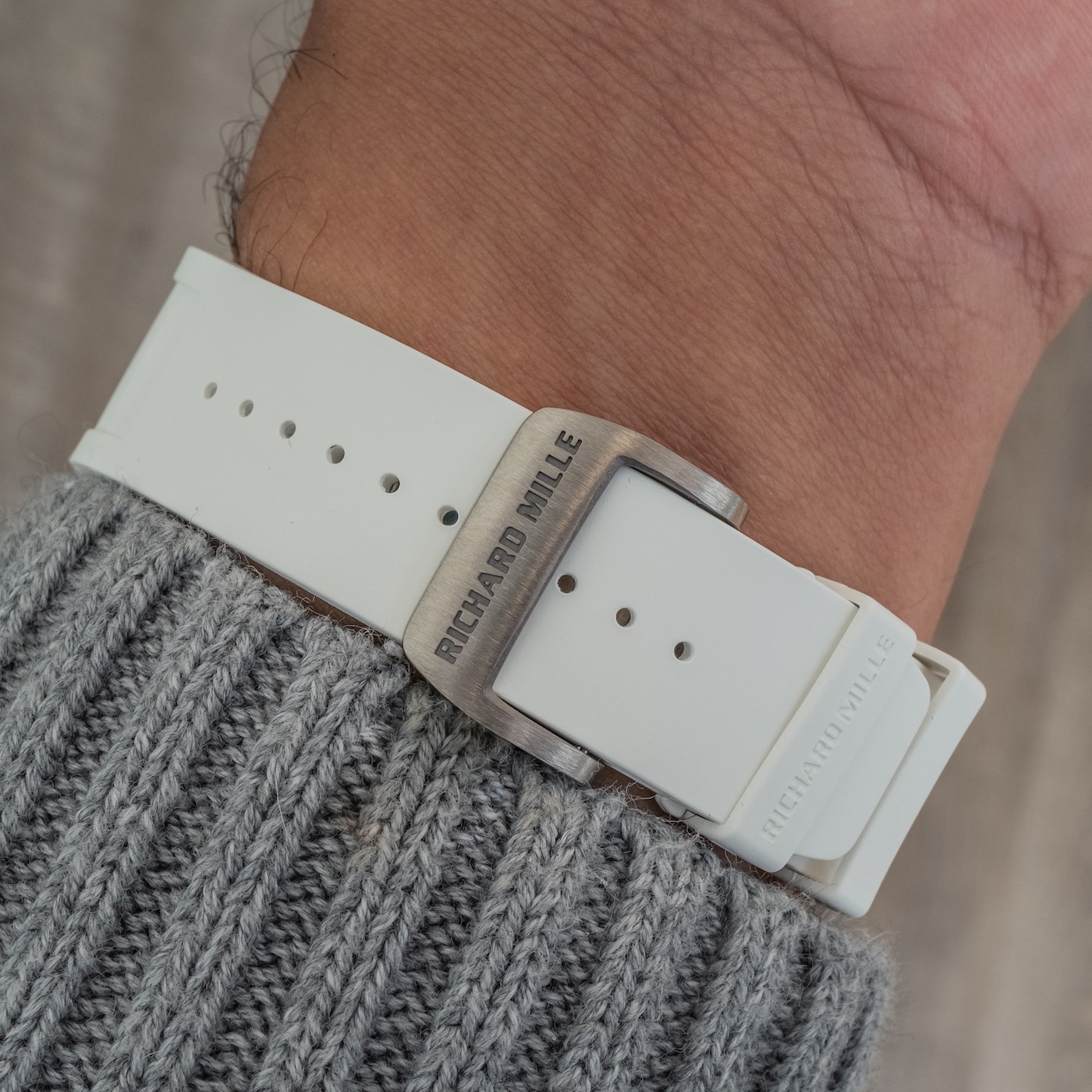 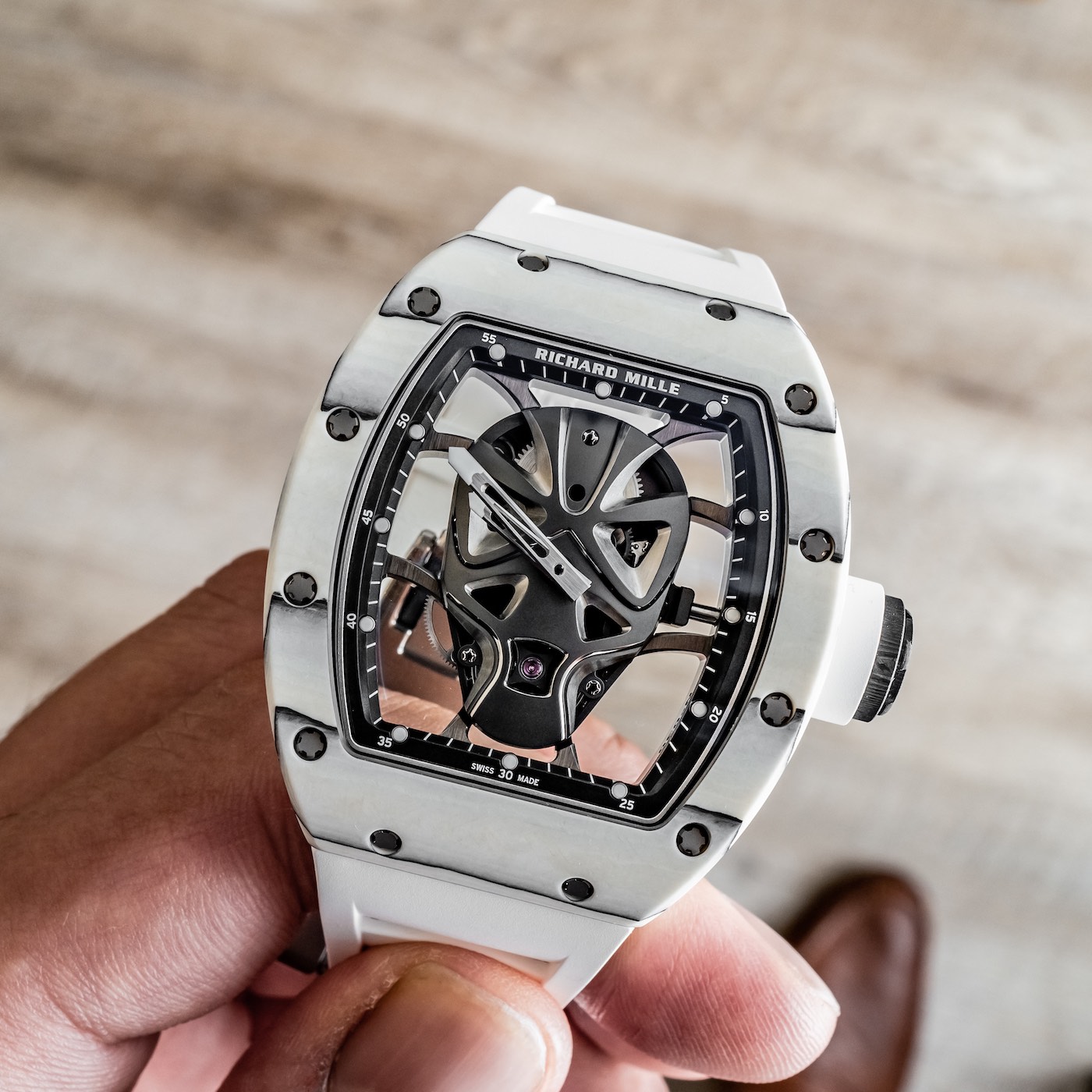 For most people, the Richard Mille RM 52-06 Tourbillon Mask is a perplexing bauble that almost has a prerequisite of a nine-figure net worth in order to be appreciated. And that’s basically correct when we’re talking about the brand that is single-handedly the dominant status symbol in the watch world. You can imagine the types of individuals that make up the crowd of friends taking their guess as to what the mask looks like, right? And that’s much of the appeal. 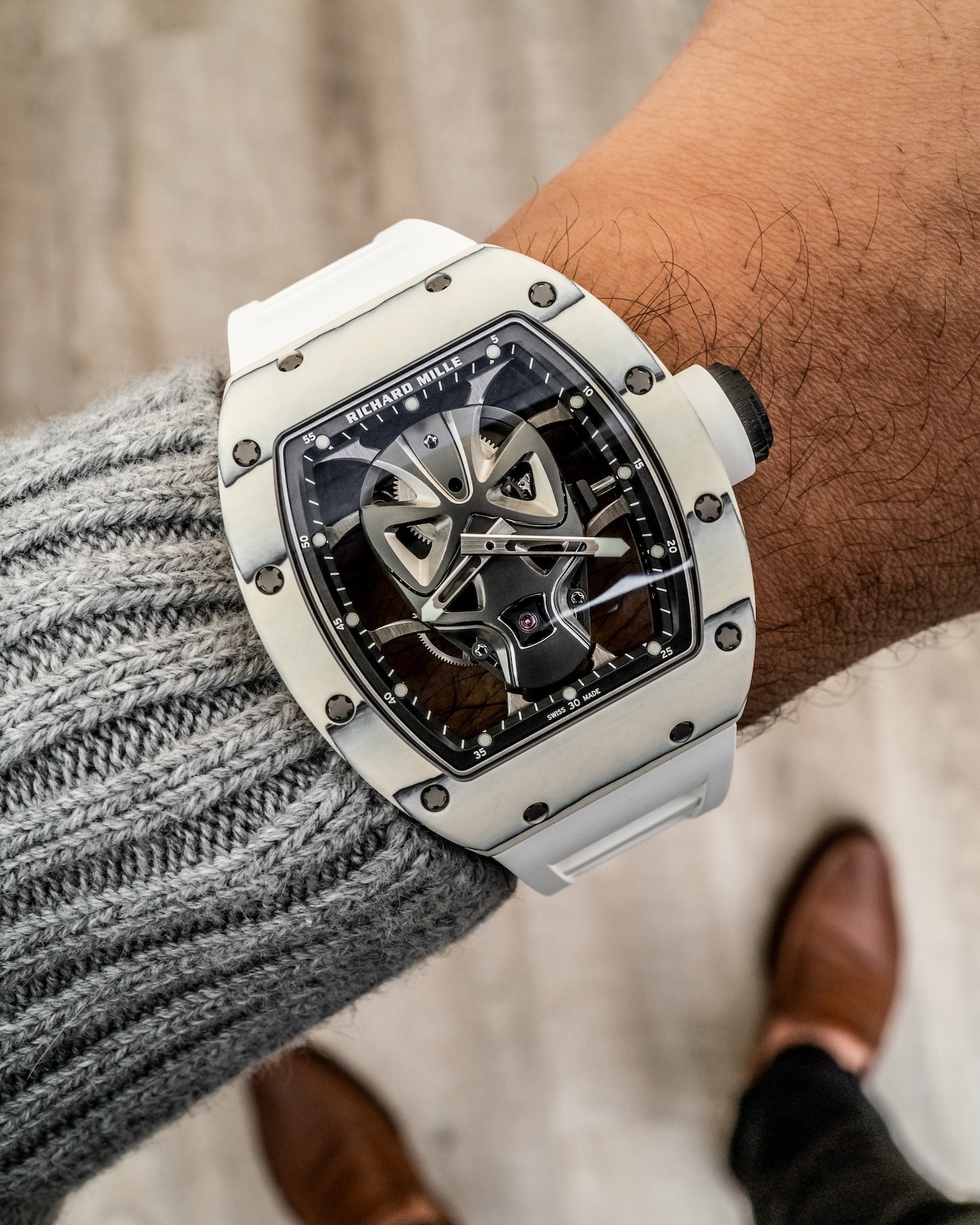 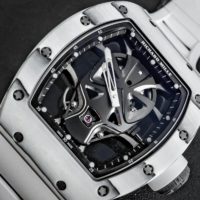 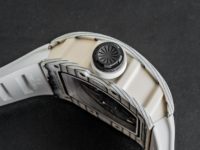 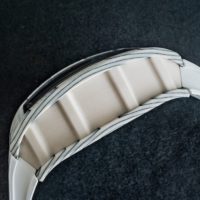 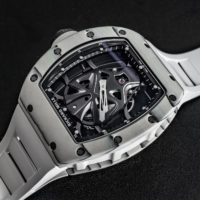 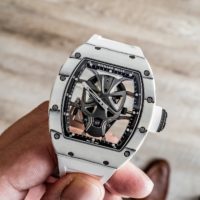 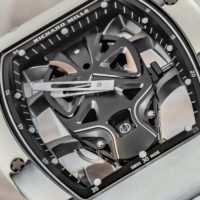 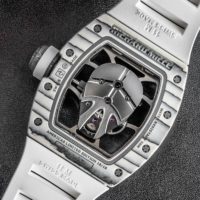 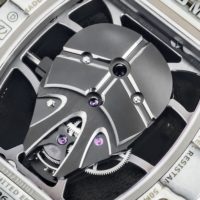 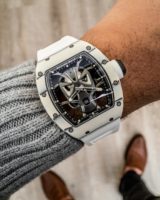 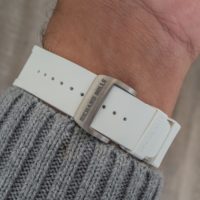 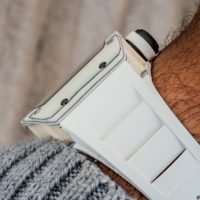 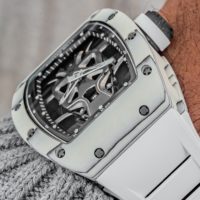