Based outside Toronto, Canada, with a dedicated watch assembly facility in La Chaux de Fonds, Marathon Watch Company is a brand timepiece collectors must know about. Not only is Marathon the last real direct supplier of watches to military forces, but it also makes some of the finest tool watches around. Marathon watches have been known among dedicated aficionados for some time, but to a large degree, collectors still don’t know about the brand. Part of this is due to the fact that Marathon has only been selling its products to the general public for about a decade — despite producing wristwatches for many decades. 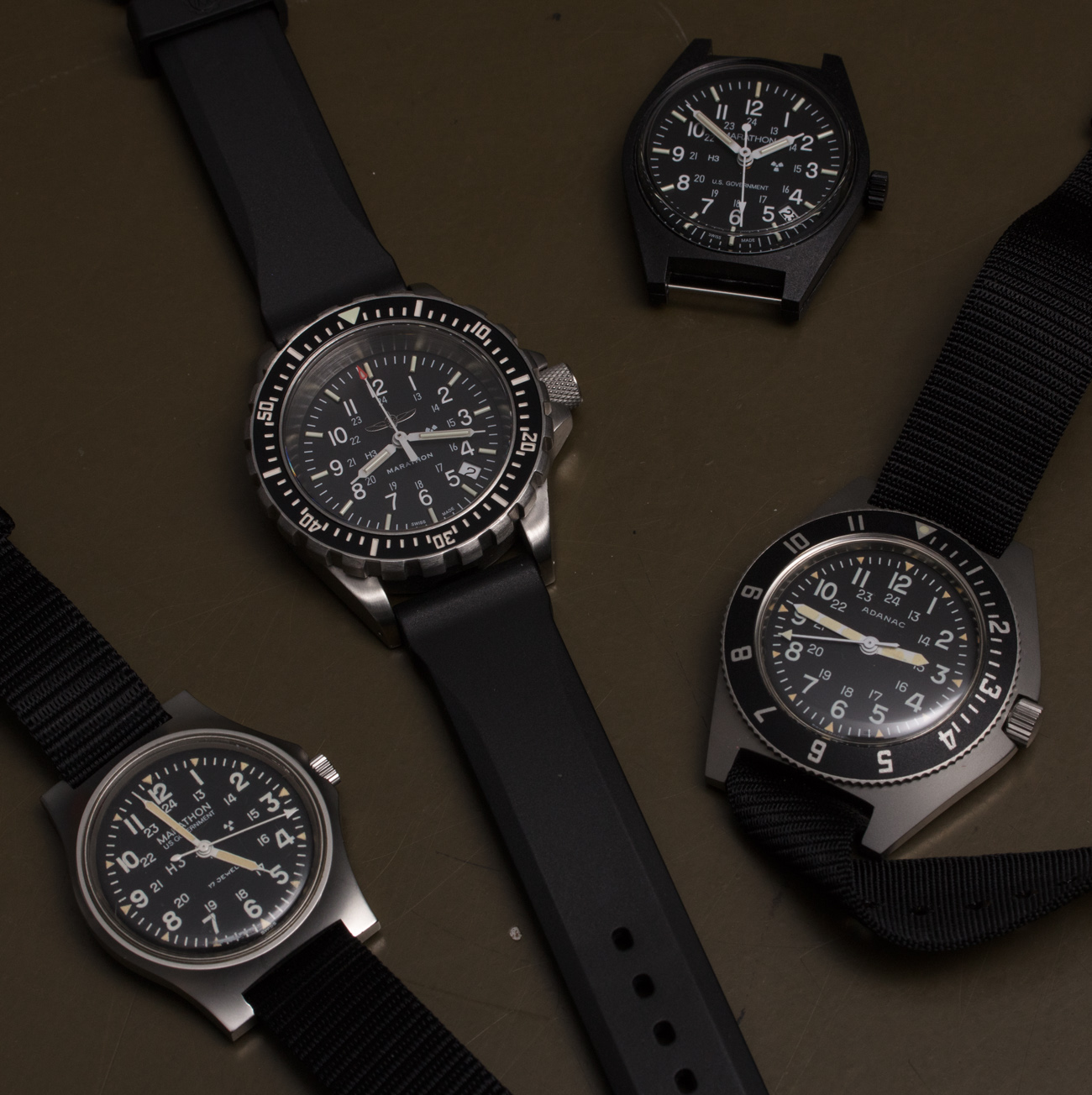 Marathon is a family company, primarily run today by Mitchell Wein. His parents (who have some of the most interesting stories about 20th-century wristwatch history) are still technically an important part of the company, but Mitchell and his team handle the day-to-day operations of Marathon. Mainstream consumers probably know Marathon via its successful electronic clock business, but at its heart, Marathon is a wristwatch company. It produces a range of quartz and mechanical timepieces for a variety of military, professional, and tactical uses.

The focus on functionality, utility, and value is why I believe Marathon timepieces strike such a chord for me, as a collector and why I think anyone who appreciates a good tool watch will find at least a few irresistible things about the brand, ranging from fair pricing to solid styling. I recently visited the Canadian headquarters of Marathon and sat down with Mitchell Wein to help tell the Marathon story to the aBlogtoWatch audience. Here is what he had to say. 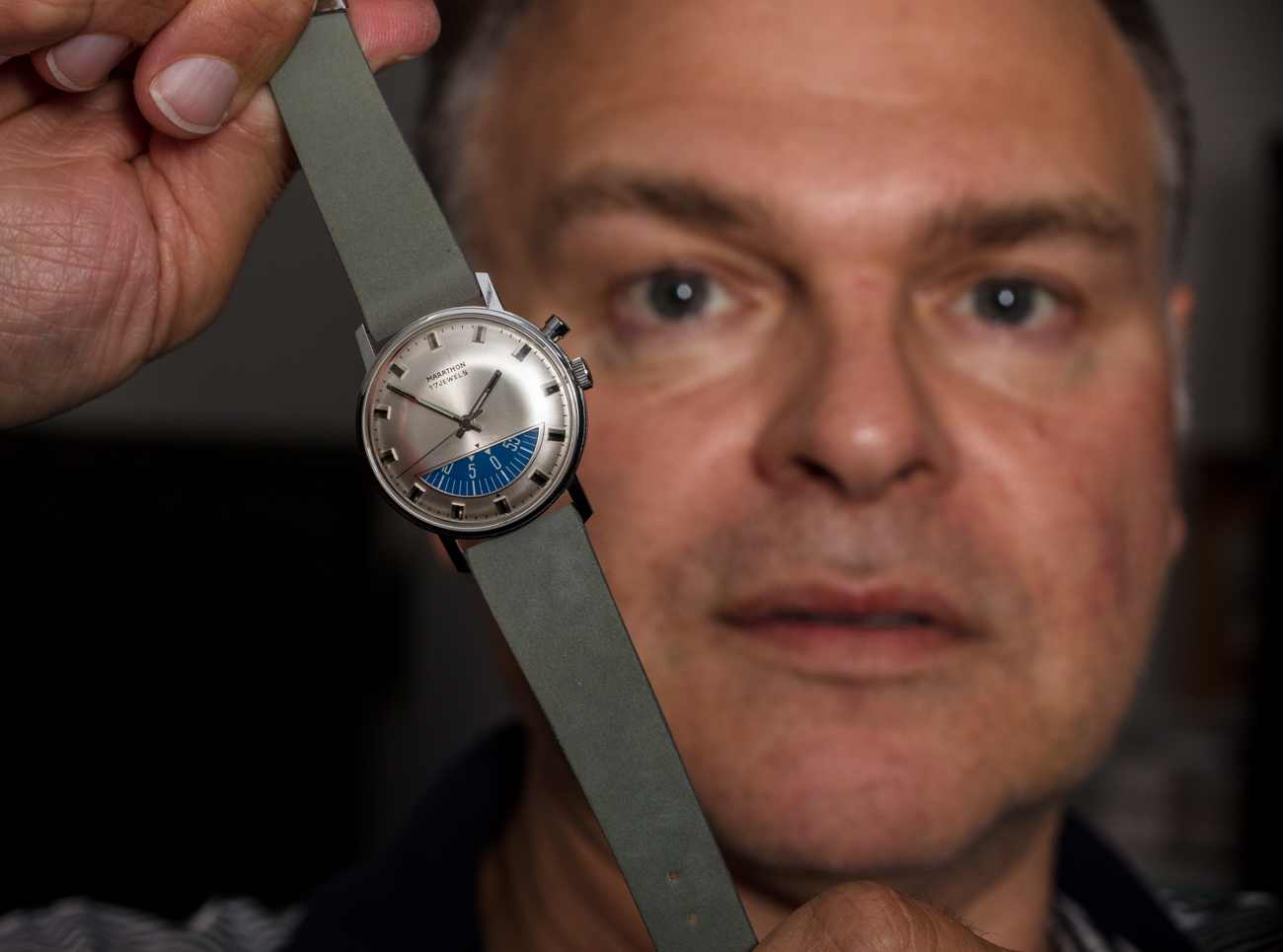 Ariel Adams (AA): Mr. Wein, thank you for taking the time to discuss Marathon with the aBlogtoWatch community. As I understand it, your family company has been selling wristwatches to the general public for only about a decade, but the company has been around for 80 years selling to the military. What prevented you from selling modern Marathon watches to the public in the first place, and then what prompted you later to start?

Mitchell Wein (MW): One thing about manufacturing watches that my father and grandfather taught me is that the main function of a watch is to make sure that the user can always see the time with ease at one glance. The watch should always be legible with a clean dial and manufactured to withstand the test of time. A parent’s honor is to eventually present one’s watch to his or her child.

At our core, we believe it is important to treat a watch as an instrument, and our goal is for people to purchase our watches and really use them every day without worry. Our watches are utilitarian, appreciated by their quality and essence of design. 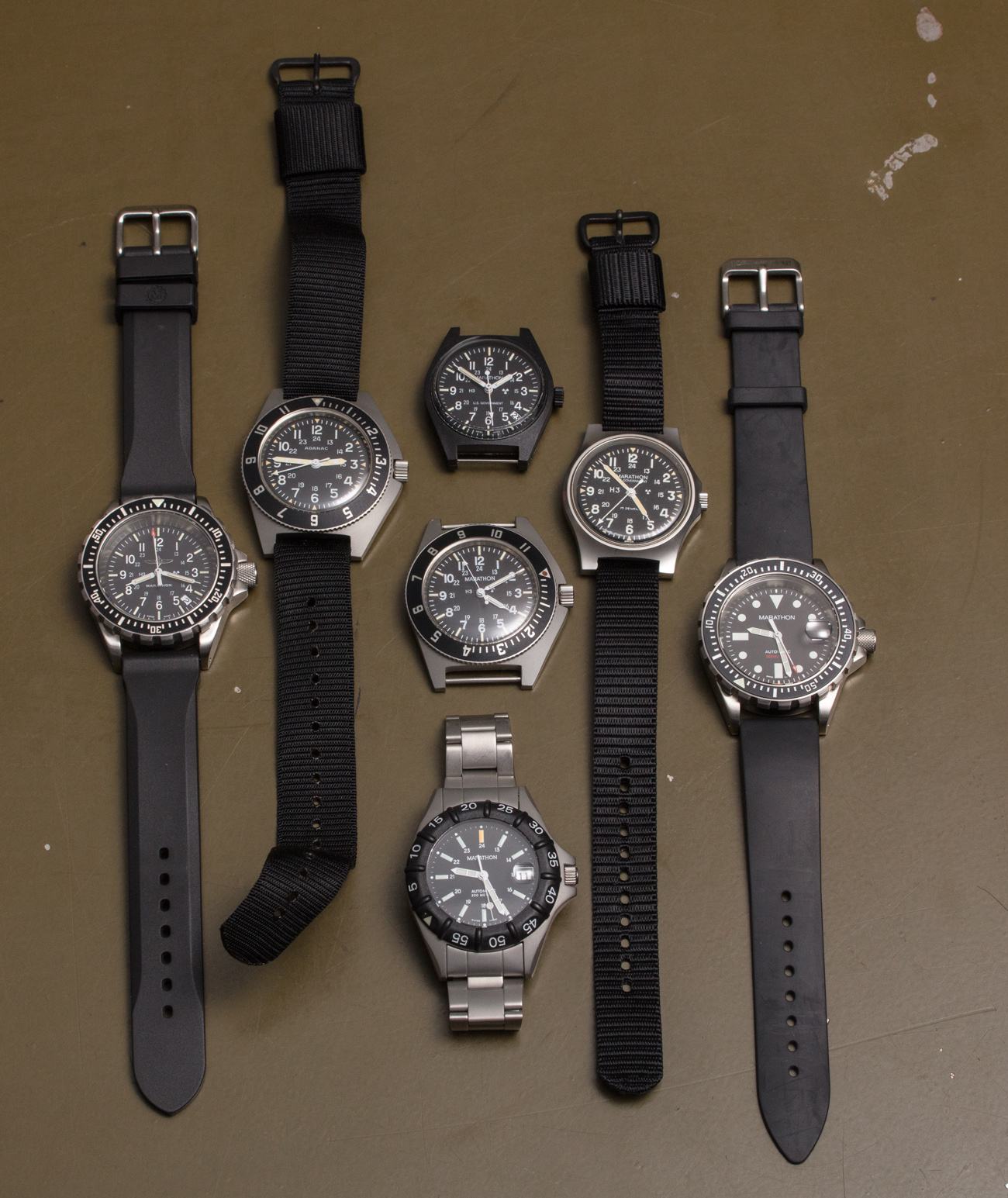 As we did not advertise or sell to retailers, we never had to pay for ads, which would have been extremely expensive. In addition, these costs would have been passed off to the end-user. My father and I always felt the business would grow based on the quality of the product. The thing is, our biggest purchasers were governmental departments, and that was where we could work on lower margins, higher volumes and not have to worry about packaging, advertising, etc. The profession of selling goods to the government is a very honest one and, in addition, they respect our quality — in fact, we have mutual respect.

In the late 1990s, when the Internet came upon us, many of our watch-wearers came looking for additional watches for their personal use. Although our watches worked well for government employees, I never thought of them as nice-looking, fashionable watches… we had a turning bezel that looked like a pineapple! There is a great history between Marathon and the military; whether it be a scientist working at the Ministry of Health using a Marathon stopwatch or a Search and Rescue diver at the Coast Guard using a Marathon GSAR, people wanted to buy more of our products. By word of mouth and without advertising, our company grew substantially — this is due to our quality and value. Presently, our products are now available in Europe, Asia, and North America. 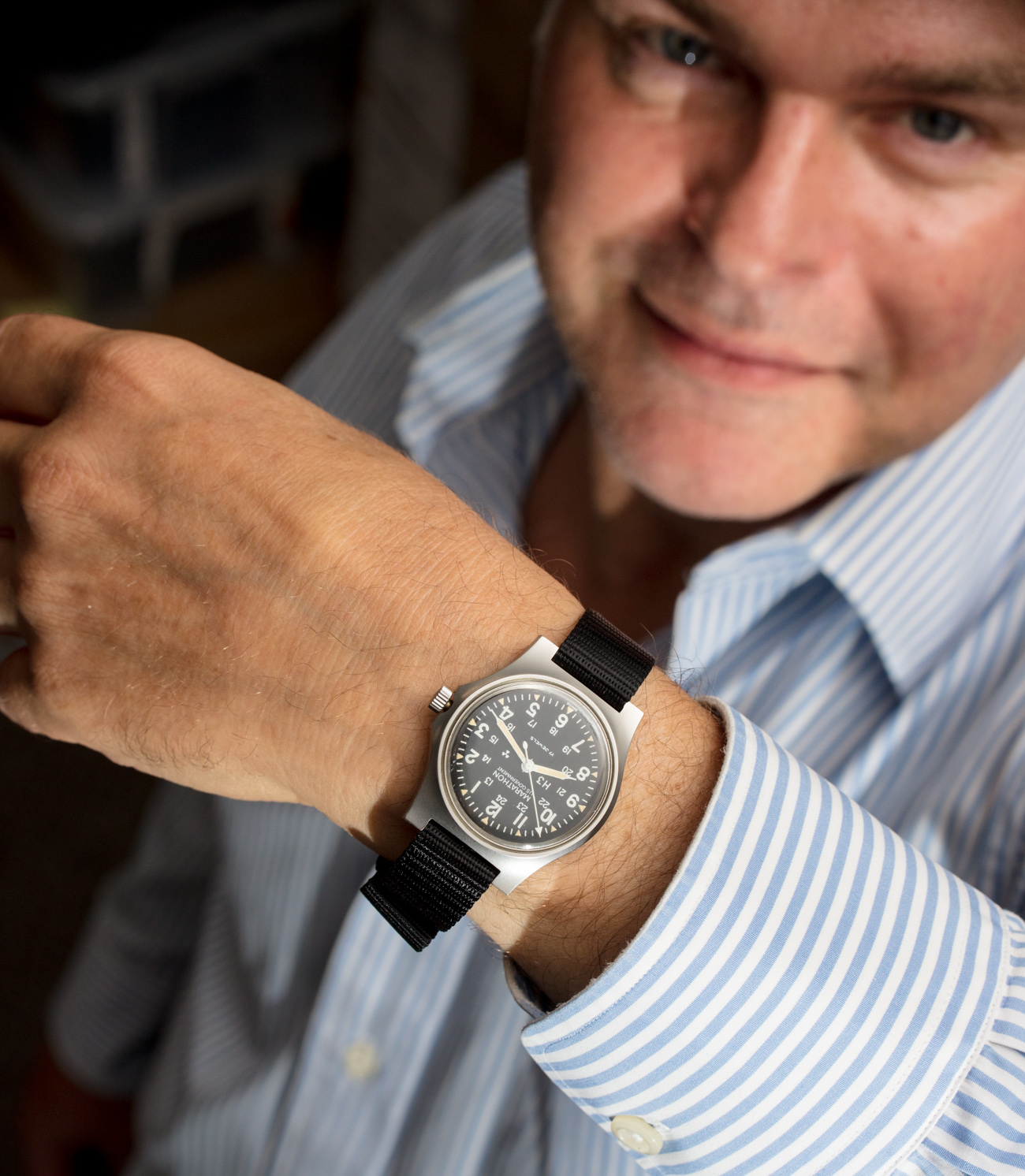 AA: Marathon is still widely unknown by many mainstream timepiece collectors because your watches are not sold in most watch stores. So, what kinds of people traditionally like to wear Marathon watches?

MW: The traditional Marathon watch-wearers are military, ex-military and military aficionados. Our consumers are basically people who want an authentic military watch from an authentic watch manufacturer – and that’s who we are.

A good 90% of our wristwatches are worn by government-enlisted individuals and veterans. Our largest-growing group is people who are understated and recognize good quality, sort of like the person who drives a luxury car and removes all the markings. That is why we sell so many sterile watches with black backgrounds and white numbers — nothing else.

A lot of watches out there call themselves “military watches.” There are companies that have made watches for the military in the past, companies that make military-style watches and also watches worn by military personnel today. 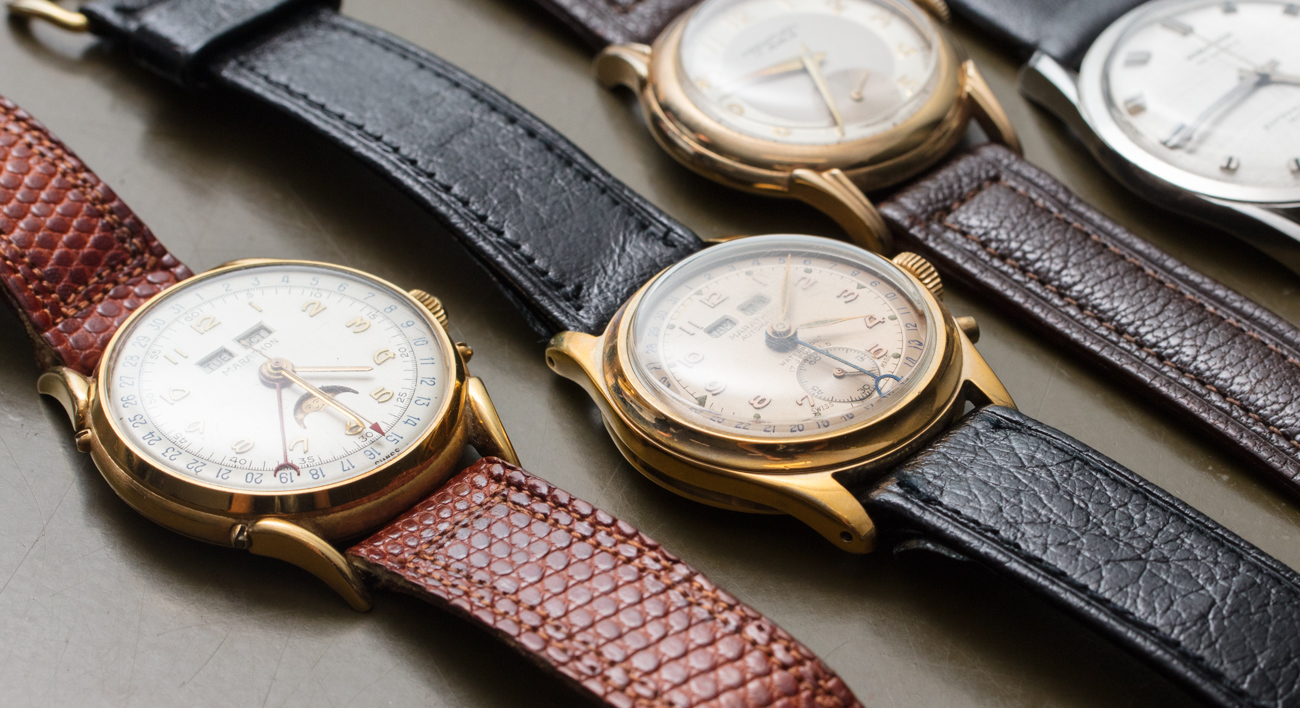 In 1941, my grandfather sold our first watches under contract for His Majesty’s forces, fighting an overseas war for the Dominion of Canada. Today, we are still major contract holders with government agencies, and this is why we can make the claim that a Marathon watch is a military watch, as we supply our horological instruments to the military.

Other companies’ watch collections are separated into men’s and women’s divisions. At Marathon, we maintain three style categories that are made specifically for military departments. Manufacturing for the military fulfilled the two requirements of my family’s company and, therefore, manufacturing basically for governments has been a good marriage for both parties. The government has always purchased excellent quality tools, and we have enjoyed doing business where we strive to make the best time-measuring instruments for some of the most important situations.

Arm-worn computers have replaced wristwatches for many people who are not in actual contact warfare. As you know, for many personnel who work for governments, an actual wristwatch is not issued, but when you are in uniform and a warfighter, you require the best tools, including a timepiece that allows you to precisely know the time in any condition. Arm-worn computers and electronic watches are vulnerable to electro-magnetic pulses that can disable these devices. The government must provide its warfighters with timepieces that are reliable and, in most cases, they should be mechanical watches that are built to withstand an aggressive environment. Marathon is proud to have been able to answer this call. 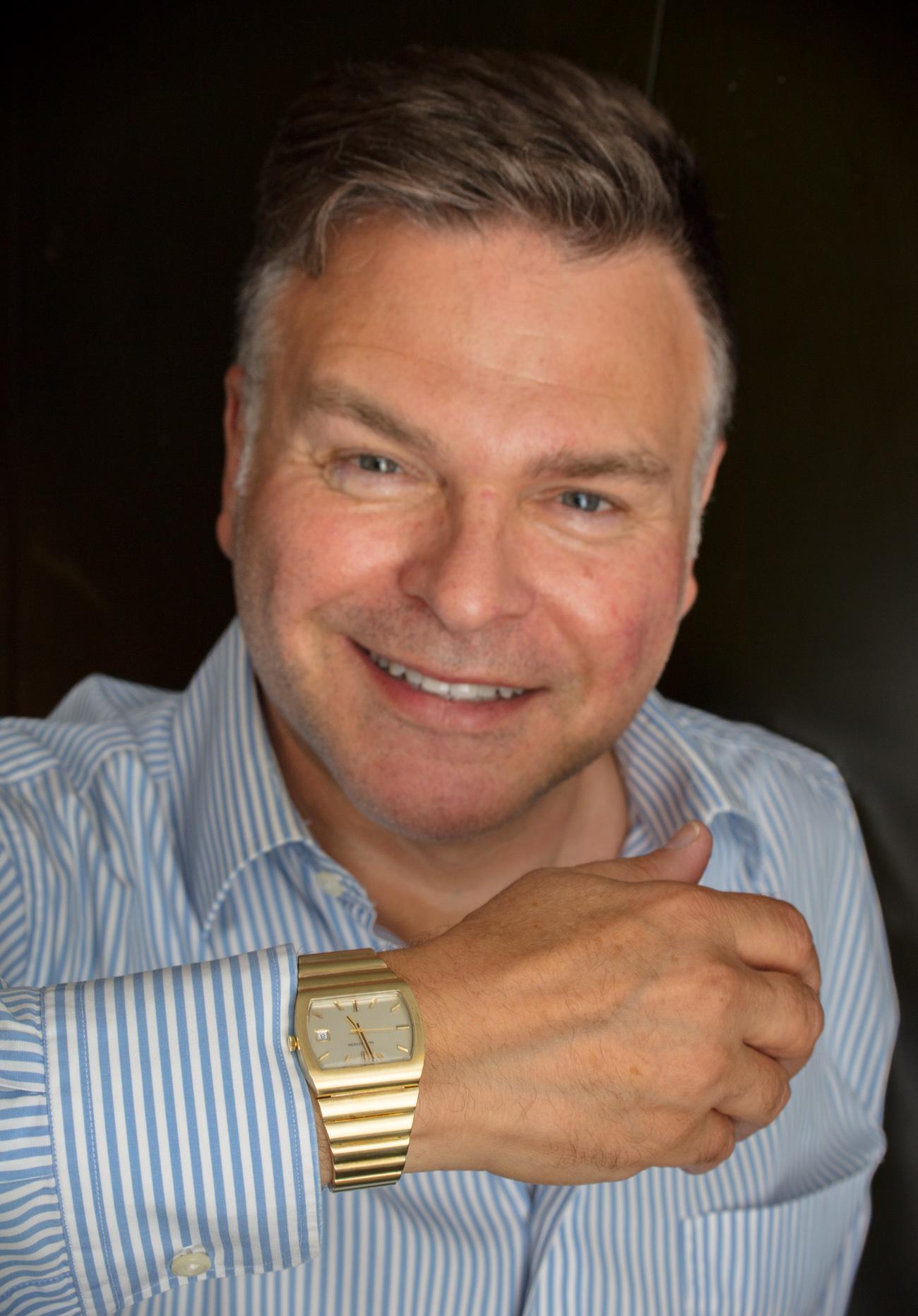 AA: You, Mitchell Wein, are the third generation to run Marathon Watch Company. Some might say you come from a great watchmaking dynasty. Share some other names the aBlogtoWatch community probably knows better that are part of your collective family history in the watch industry both here in North America and back in Europe.

MW: My great-grandfather, and his eldest son Alex, felt that, at the turn of the last century, wristwatches had finally become more affordable for the common consumer and need not be so cumbersome as the former pocket watches they were used to. Of course, I was not there with them at the time, but I learned through various family reunions. Most of my father’s generation has now passed on.

My uncle was based in Switzerland and arranged the assembly and manufacturing of watches for the family. Even after the Weinstrum family broke off into separate companies, he maintained that position, providing the same service to the various family businesses. These include Cardinal Watch, Clinton Watch, Benrus, and Hampdon (who will be celebrating its 100th anniversary this year. Our family history is an interesting one, and I would love to get into more detail, but I don’t think we have time for a five-hour interview… 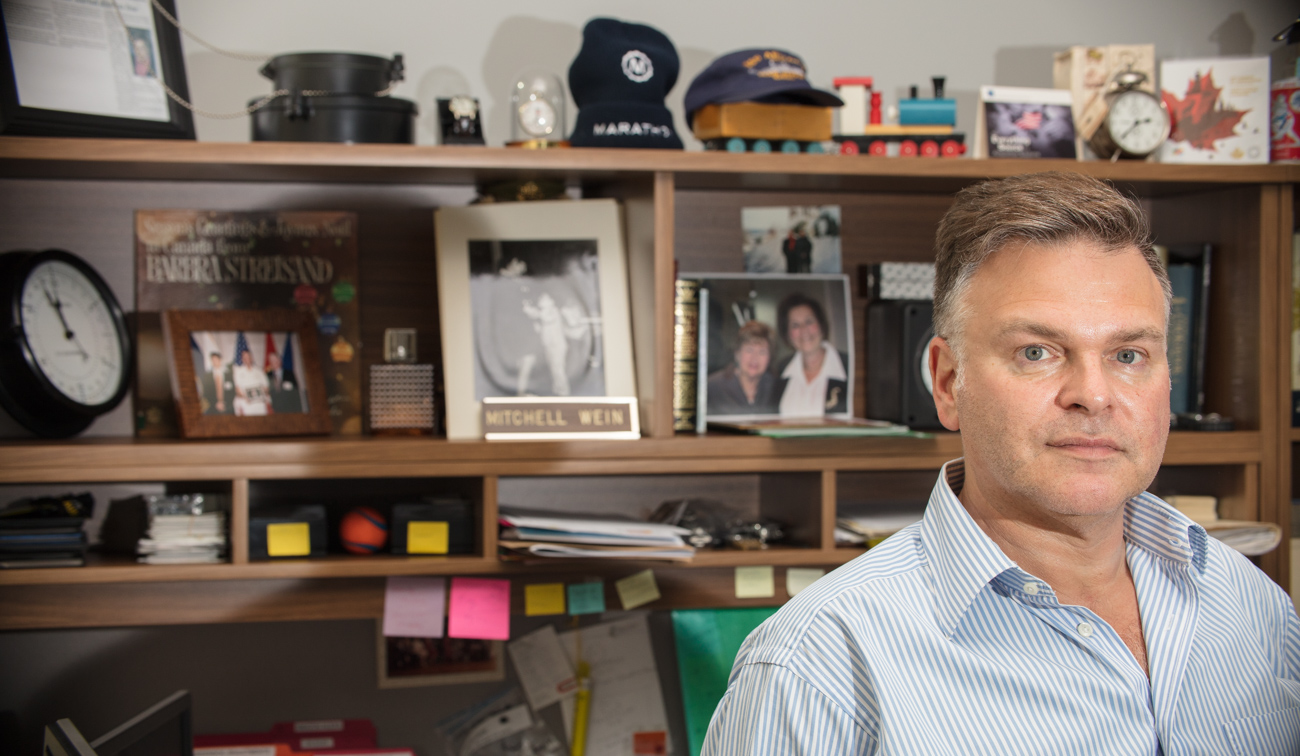 AA: What are some technical aspects and features common to most Marathon watches made today? I think it is easy to understand the idea that Marathon makes watches for military use, but a lot of people aren’t clear on what the military needs or wants in a wristwatch.

MW: As I said above, my father and grandfather have always taught me is that the main function of a watch is that it can be read at a glance. The dial should always be legible and manufactured to withstand the test of time. 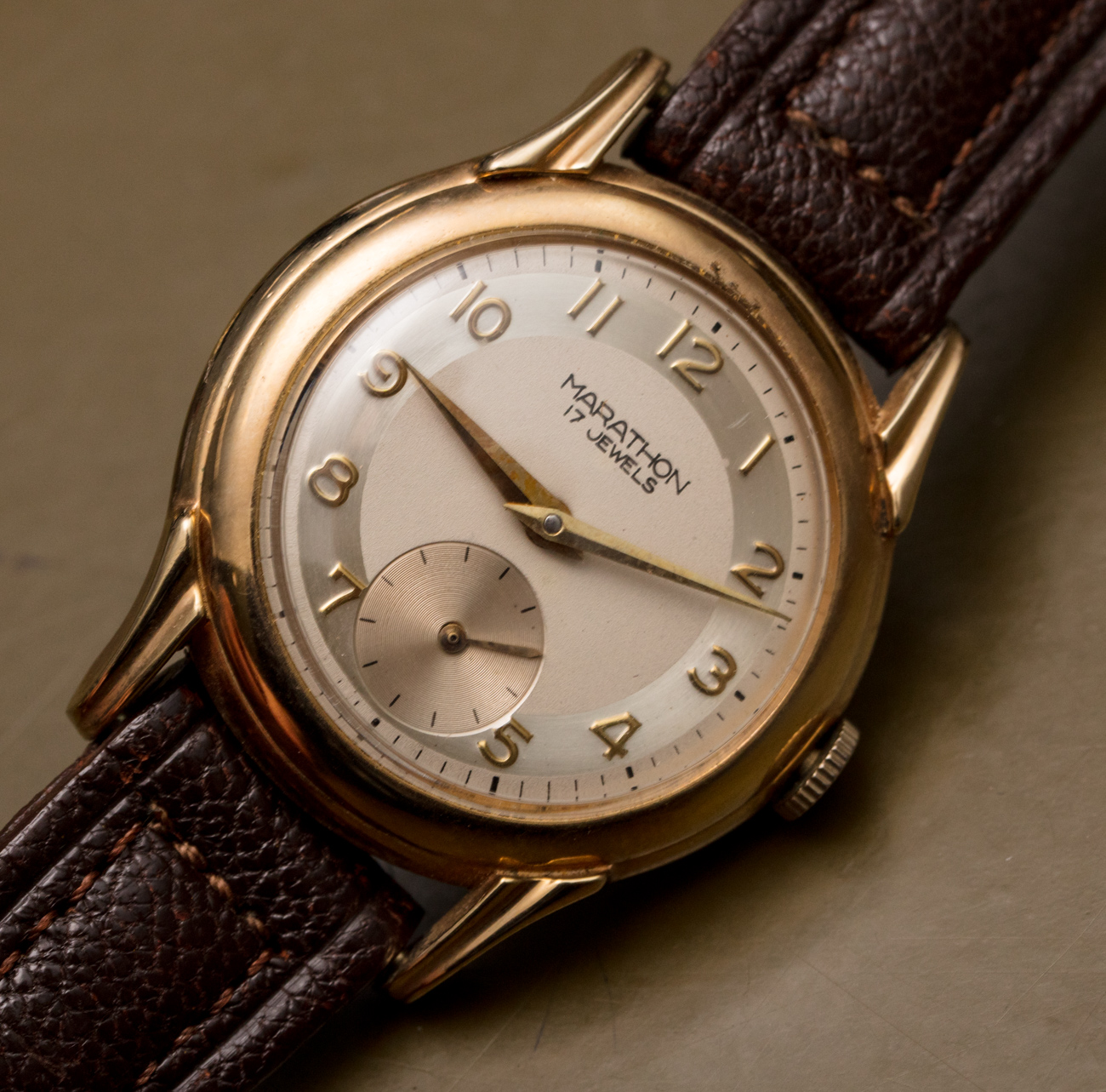 It has been true to the Marathon nature that we uphold this tradition. As you know, on watch dials that are too busy, you may have to physically stop what you are doing to see what time it is. A pilot’s Navigator watch has a bi-directional turning bezel with an altitude rating of 35,000 feet; our dive watches have an extremely robust, high-level, loud-click turning bezel that is easy to use for any soldier or diver wearing gloves. Our general-purpose land-based watches have seen an improvement in the materials used over the years, as we have added tritium gas tubes, robust sapphire lenses, and specially made cases that allow accurate assembly with extreme high-tolerances to allow resistance to shock, water, vibration, and extreme heat and cold, just to name a few. Even the straps we provide with the wristwatches are made in accordance with the military specification that was developed by Marathon in coordination with a governmental body. 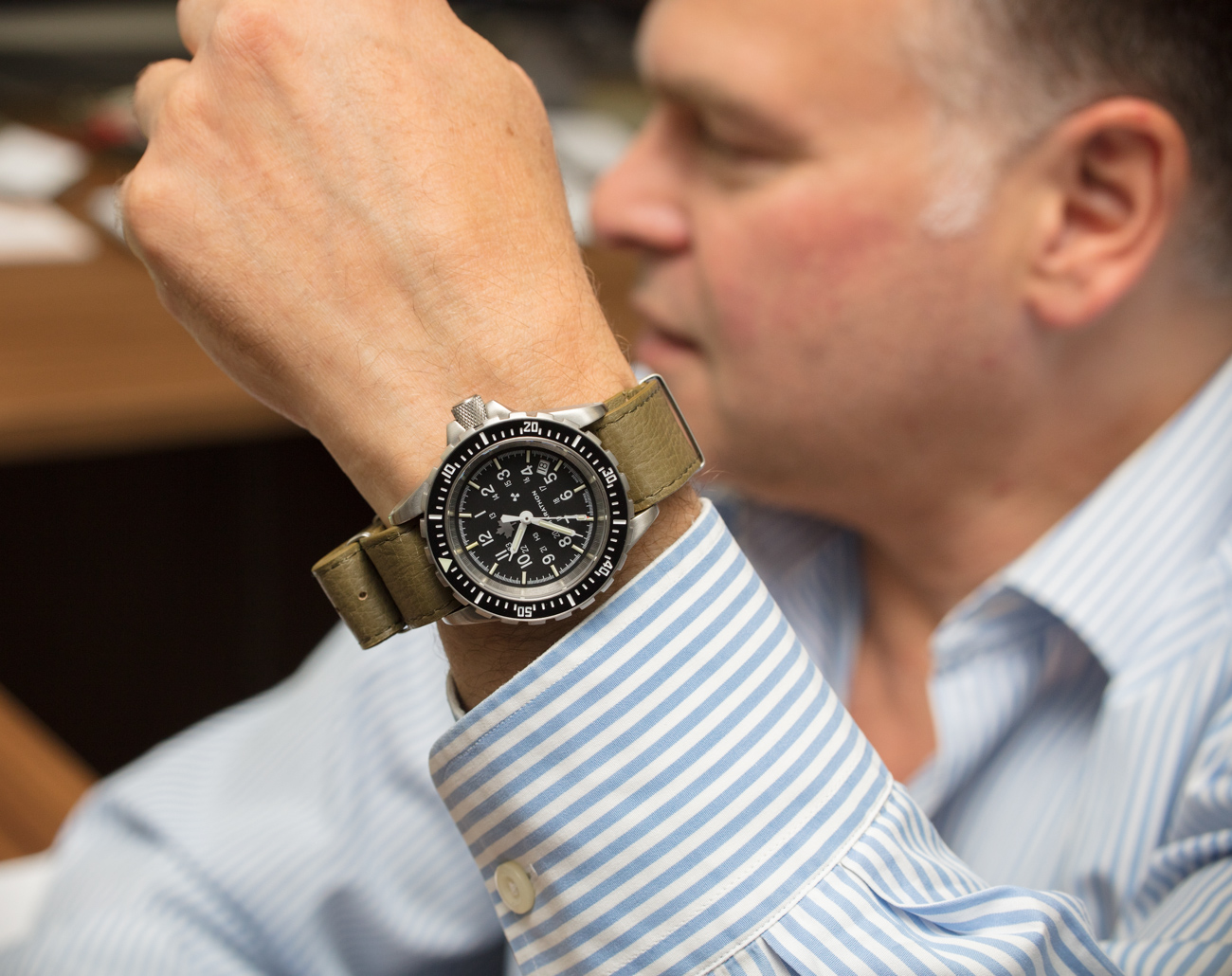 AA: What comes next for Marathon military and civilian customers? Are there any technical developments you are permitted to speak about? What types of new product ideas do you have? What types of new watches and concepts do you feel that a brand like Marathon should be focused on in today’s particular consumer marketplace?

MW: Not to give away too much, we are currently working on starting a testing phase for a GMT timepiece, which should see production in late 2020, early 2021. 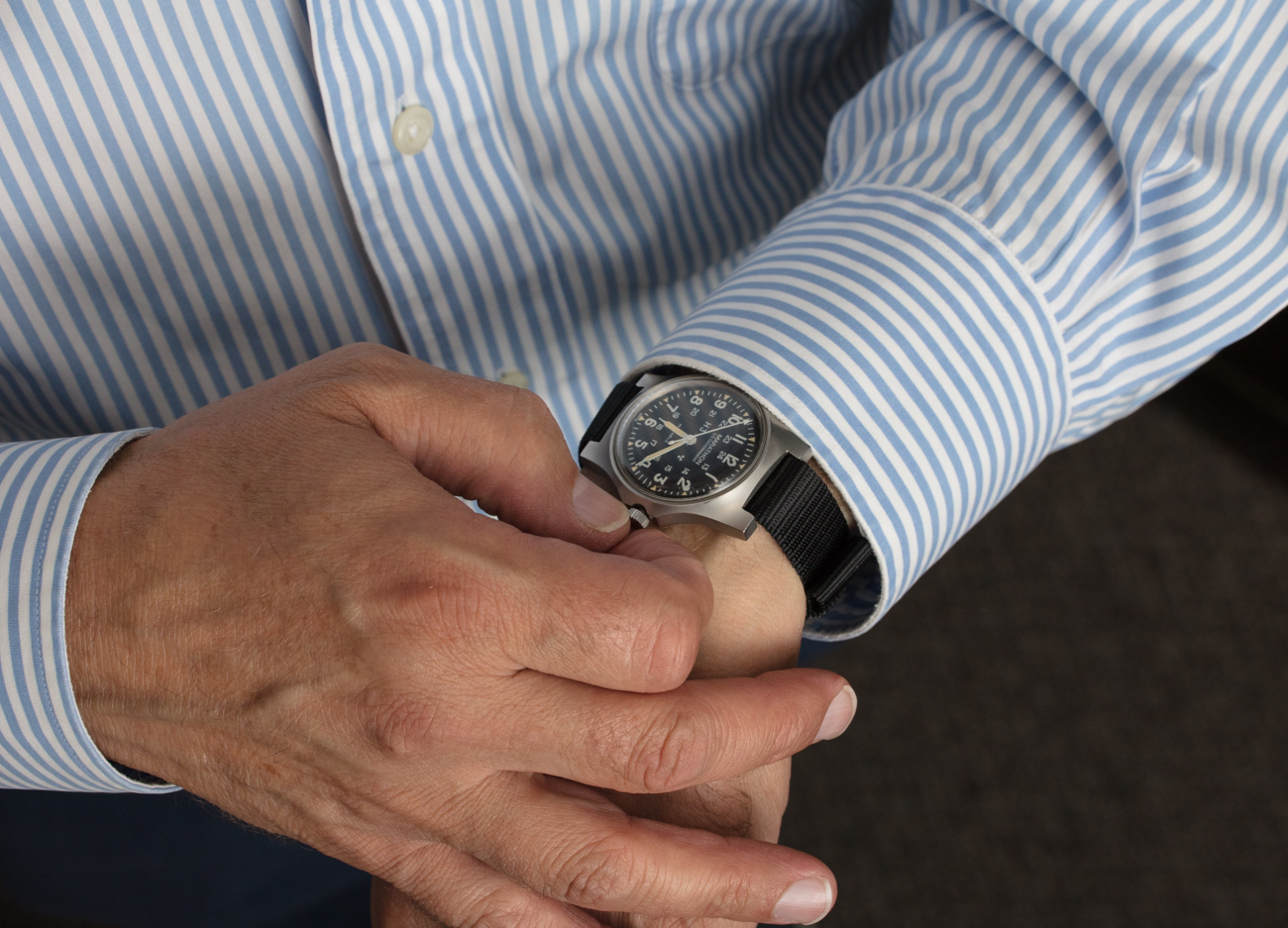 In addition, our medium case version of the dive watch has been doing very well, and now many people want this with a white dial. In early 2020, we will be releasing this in automatic. Many people have been asking us to reissue a specific watch for many years, but we have not made this watch since 1985. We should see a fall 2020 release date, or earlier if testing phases are completed. This watch will be issued with a brand new movement. 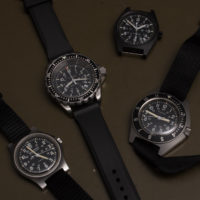 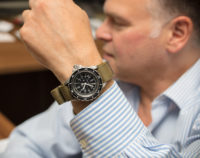 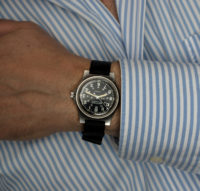 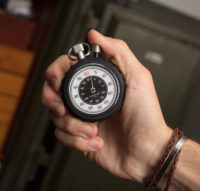 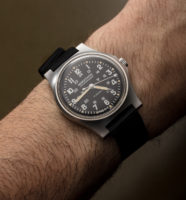 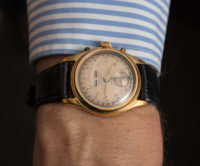 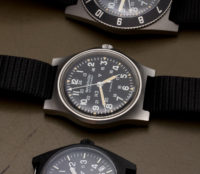 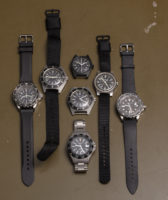 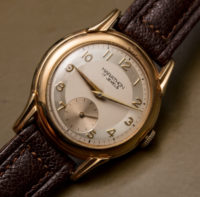 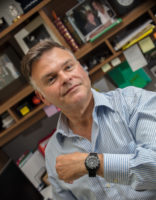 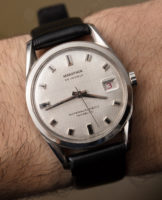 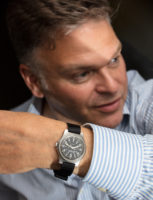 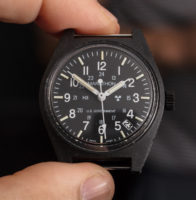 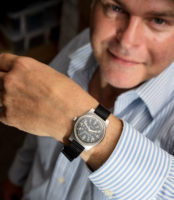 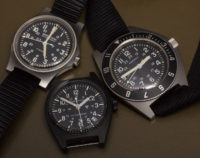