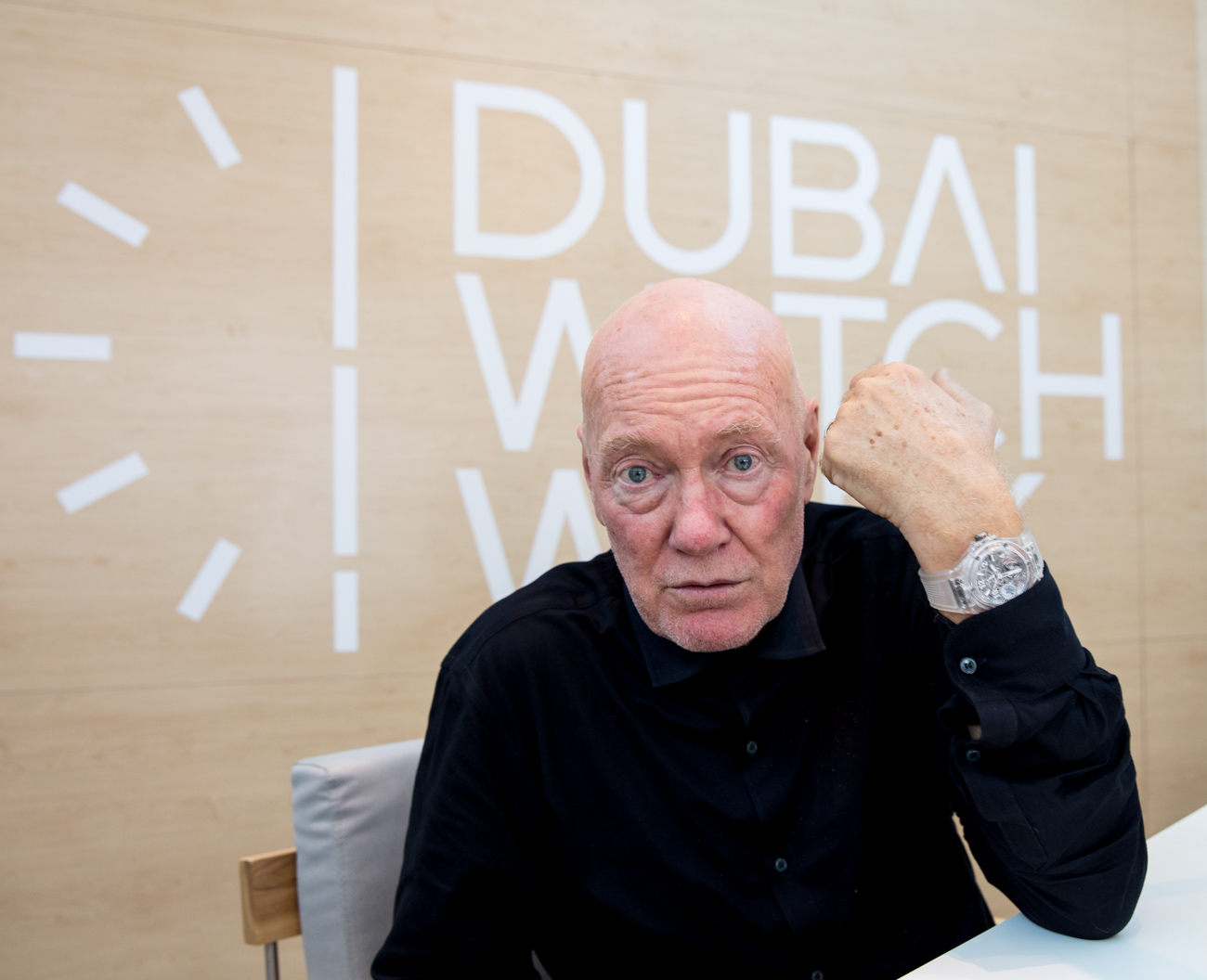 I caught up with timepiece industry legend Jean-Claude Biver in Dubai, where he came to speak at Dubai Watch Week for a day en route to Hong Kong. In a few months, Jean-Claude Biver’s contract at LVMH — where we has worked since the mega French luxury group purchased “his” brand Hublot — will be up. It marks the 71-year-old’s formal departure from the watch industry, though he quickly points out he is not abandoning his “passion” (which is watches).

If anything can be said about the marketing genius, it is that he is always able to deliver a positive spin on most situations — including the current rough state of the larger watch industry. Jean-Claude Biver does not hesitate to admit that the watch industry has some core (and immediate) problems, but his outlook for the long-term future health of the watch industry remains positive. What Mr. Biver and I consistently agree on is that the core appeal of mechanical watches will endure despite the management problems at any given brand in today’s world. There is simply too much condensed emotional appeal possible in a timepiece for one or more dysfunctional groups to ruin it in the long term. He also happens to have some very pointed advice for the watch industry of today. 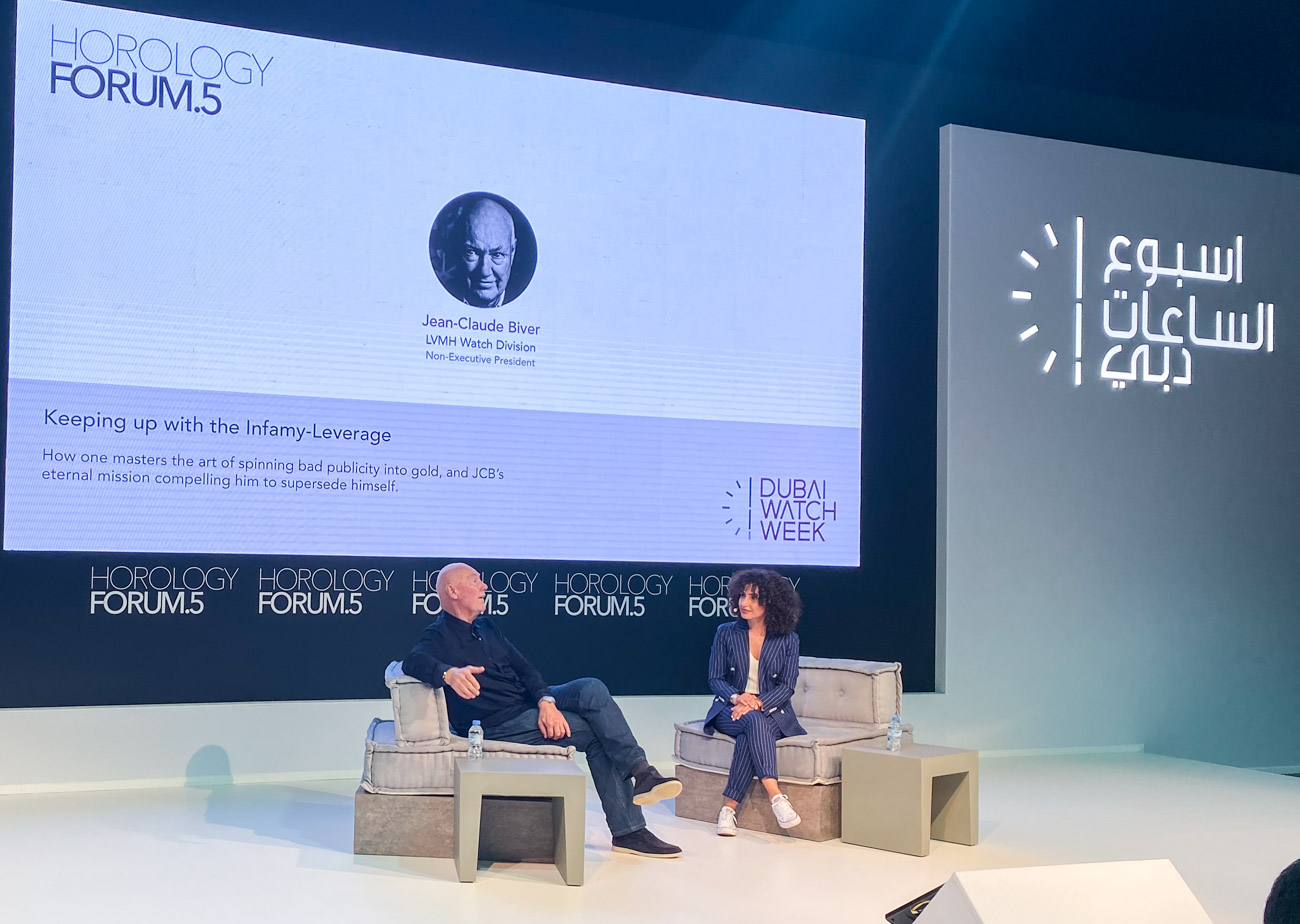 Now twilighting out of his formal roles in the watch industry, Biver has been less shy about calling out the watch industry for much of its foolish behavior — including the fact that a corporate financially minded operating structure is probably antithetical to what a healthy watch brand needs to thrive. He blames “analysts” and “technocrats” who drudge through mere numbers and then make decisions based on reportable data, as being those responsible for the root causes of many of the problems facing the watch industry today. He also points out that, until such ways of thinking (and management) are eroded away, many brands will have little chance of rebounding in today’s markets. He laments the lack of courage he sees in most managerial roles across the timepiece industry space. I certainly agree, but what does he mean by this?

Mr. Biver points out that risk and creativity are what built this industry because timepieces are pieces of art formed by instinct — not number crunching. No art can be created by either committee or predictability. It must be organic, human and, to a degree, spontaneous. He blames a culture of always trying to account for ROI and future result predication as putting a stranglehold on the types of decisions and spending a modern luxury watch brand should be engaging in. He mocks managers who refuse to spend money on marketing because they cannot predict the direct return on investment before spending the first dollar. He told me a story about how an LVMH analyst asked him to report on the return on investment derived from Hublot’s spending marketing dollars on professional soccer. Mr. Biver simply responded to the analyst, “I have no idea! It isn’t measurable. What I know is that before we did the marketing, sales were lower, and now they are higher, enough so to pay off the marketing expenses and then some).” 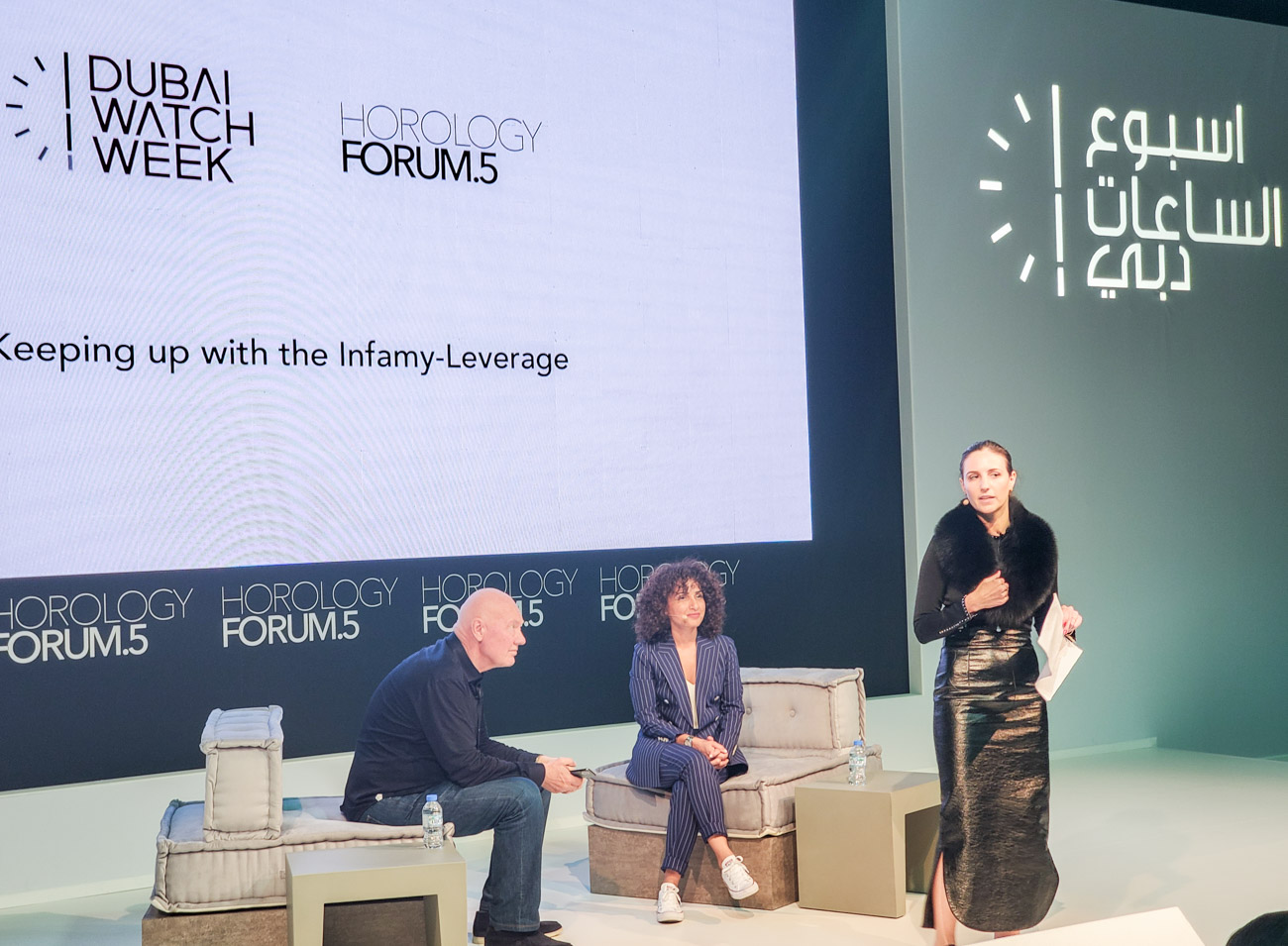 It took courage for Mr. Biver to spend huge sums of money on marketing without asking what the return will be. Courage like that is what he claims is currently missing in the watch industry where risk is to be avoided and following established history is the norm. Biver is of the belief that if a watch brand’s strategy is to follow that of someone else, then it has already failed. In a broad sense, where brands today thrive on their distinctiveness, he is absolutely correct. He also points out the foolishness of believing that you can predict future performance based on past success. “No two situations are the same!” he aggressively reminds no one in particular while earnestly trying to defeat the misguided belief among watch brand managers that they can find profit tomorrow by copying yesterday’s success that was enjoyed by someone else.

Biver also believes the watch industry has no choice but to further contract in size. A smaller watch industry appears to be the inevitable future. The industry produces too many watches, and with too little marketing to create demand for those watches. Mr. Biver further laments the lack of educational initiatives by both brands and retailers, designed to nurture watch novices to becoming full-blown collectors. The watch world of tomorrow — according to Biver — will be smaller before it ever gets bigger. 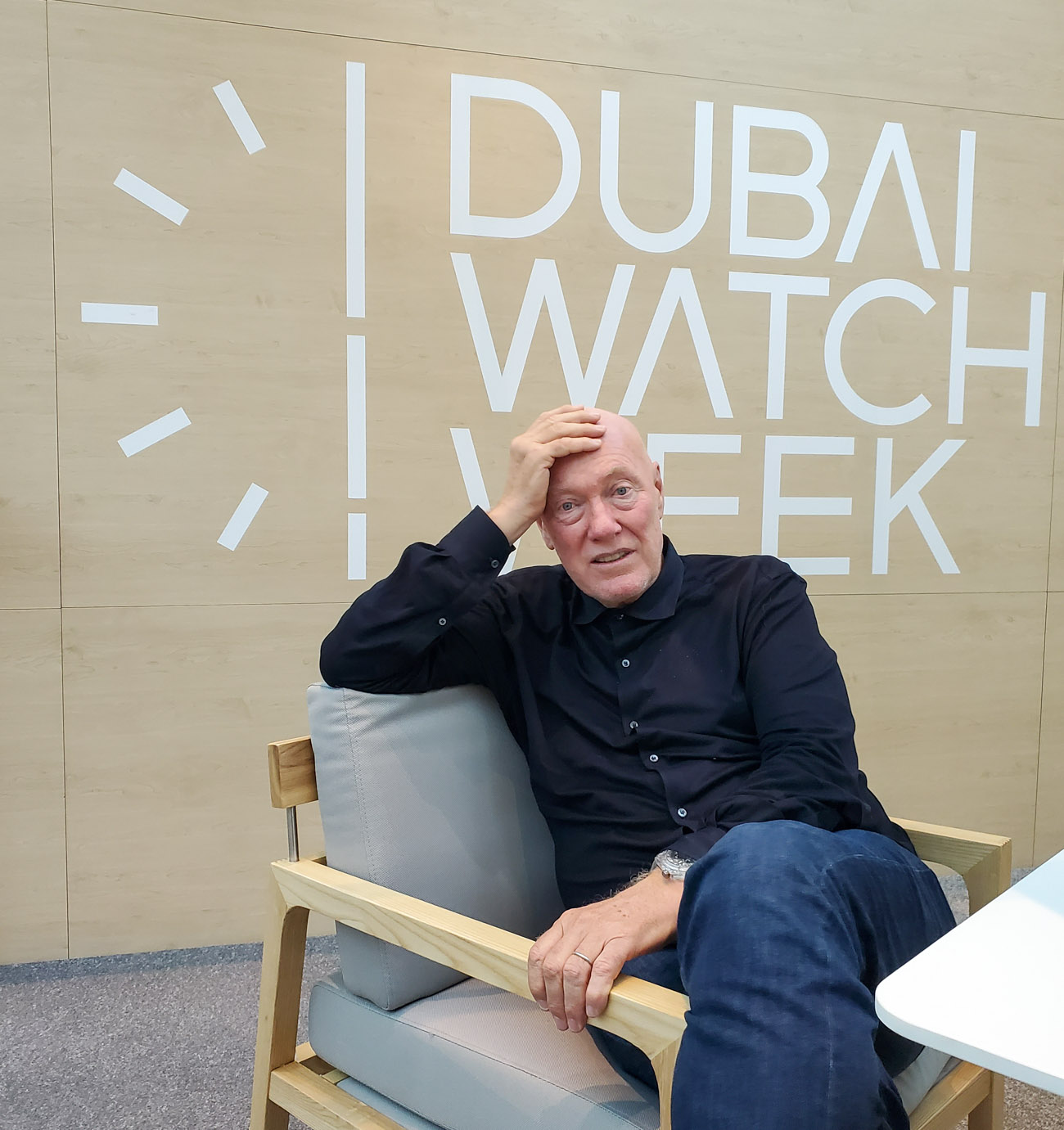 Does that mean fewer customers or sales? Not necessarily. It does probably mean fewer brands and watches being produced. Jean-Claude Biver specifically warns about “dilution,” or the practices of watering down the appeal of really good purchase choices by producing too many not-so-good purchase choices. “Less is more” (according to Biver) is a virtue when it comes to a brand’s plans to come out with new models as well the volume of watches produced. In an industry still utterly saturated with too many watches, it will not be an easy road for brands to shift their strategy to focus on “sell-through” (watches sold to end-consumers) versus “sell-on” (watches sold at wholesale to retailers that need to later be sold to consumers).

Where Biver and I disagree somewhat is on the responsibilities of retailers. His legacy was, in part, formed by alliances with some of the world’s strongest retailers in major economic cities such as Los Angeles, New York, Singapore, Tokyo, Hong Kong, Paris, and London. Strong outlets to sell watches were the cornerstone of satisfying the demand for products created by the genius marketer. Yet, when I pressed on the industry’s responsibility to further empower watch retailers in the United States, he scoffed at the notion that retailers should be fully responsible for growing their markets. As a manager who has always advocated for working both very hard and thinking outside of the box, this makes sense to me, though I’m not sure how practical it is. 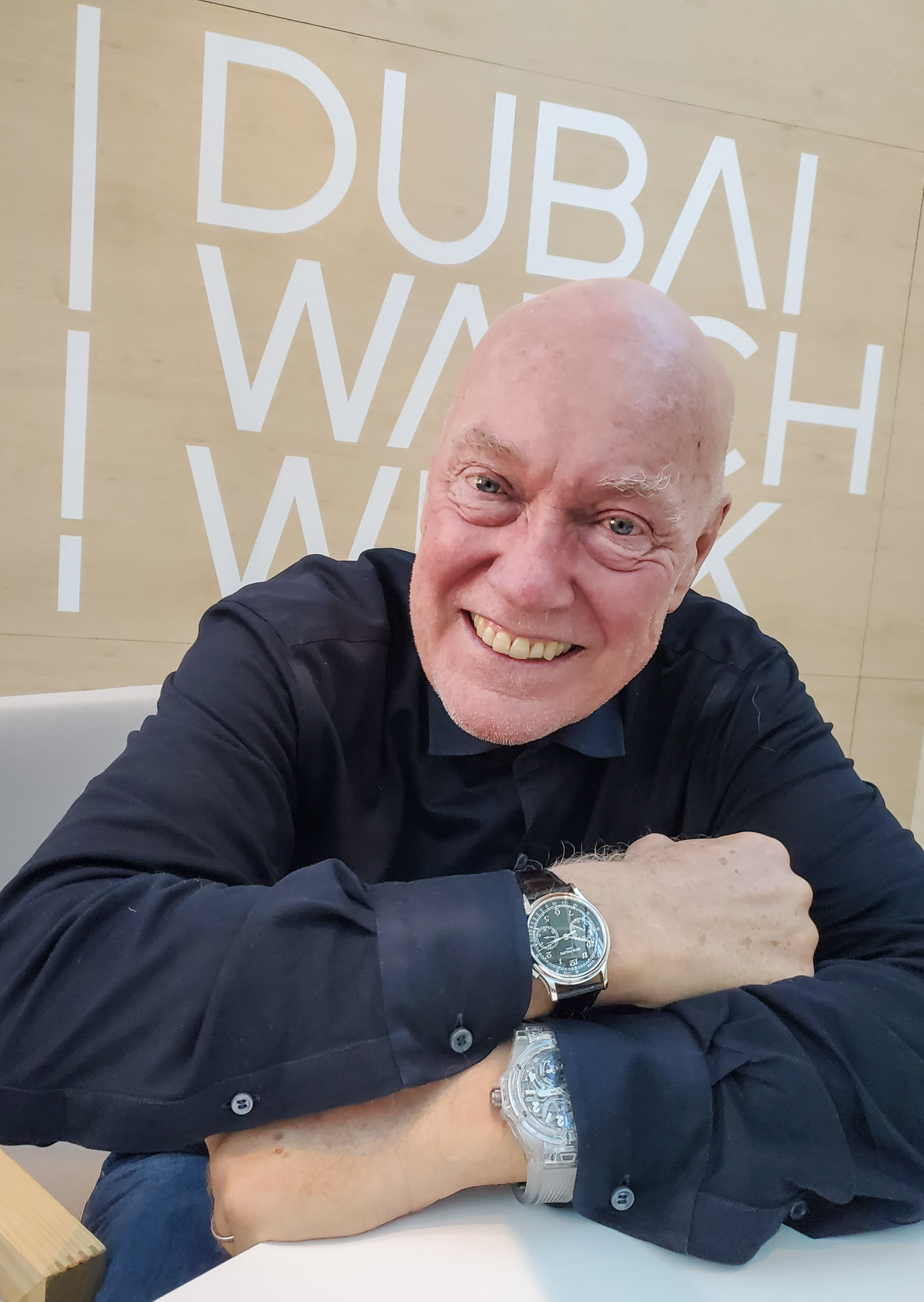 The United States, for example, is now the largest importer of luxury Swiss watches in the world, as Hong Kong and China have booth seen considerable slowdowns. The United States is also one of the least developed major luxury watch markets in the world, having only a handful of good watch retailers despite the large size of the country and the many wealthy metropolitan zones. Most major watch brands in America likewise have skeleton crews of often only a few people to “manage” the entire market. The lack of serious retailer presence in the United States is not, in my opinion, related to poor retail culture but rather a lack of proper incentives. I don’t think that asking retailers to work hard to grow markets in uncertain times is going to see rapid results. Instead, I believe brands and retailers now more than ever need to enjoy a new era of cooperation (the strategy will vary from brand to brand of course) as opposed to allowing today’s high-level of distrust between the two parties from preventing growth in markets such as the United States. As someone who preaches the wise virtues of “love” and subsequent friendship, I don’t think Mr. Biver would disagree with this deeper assessment of the watch retailer problem. 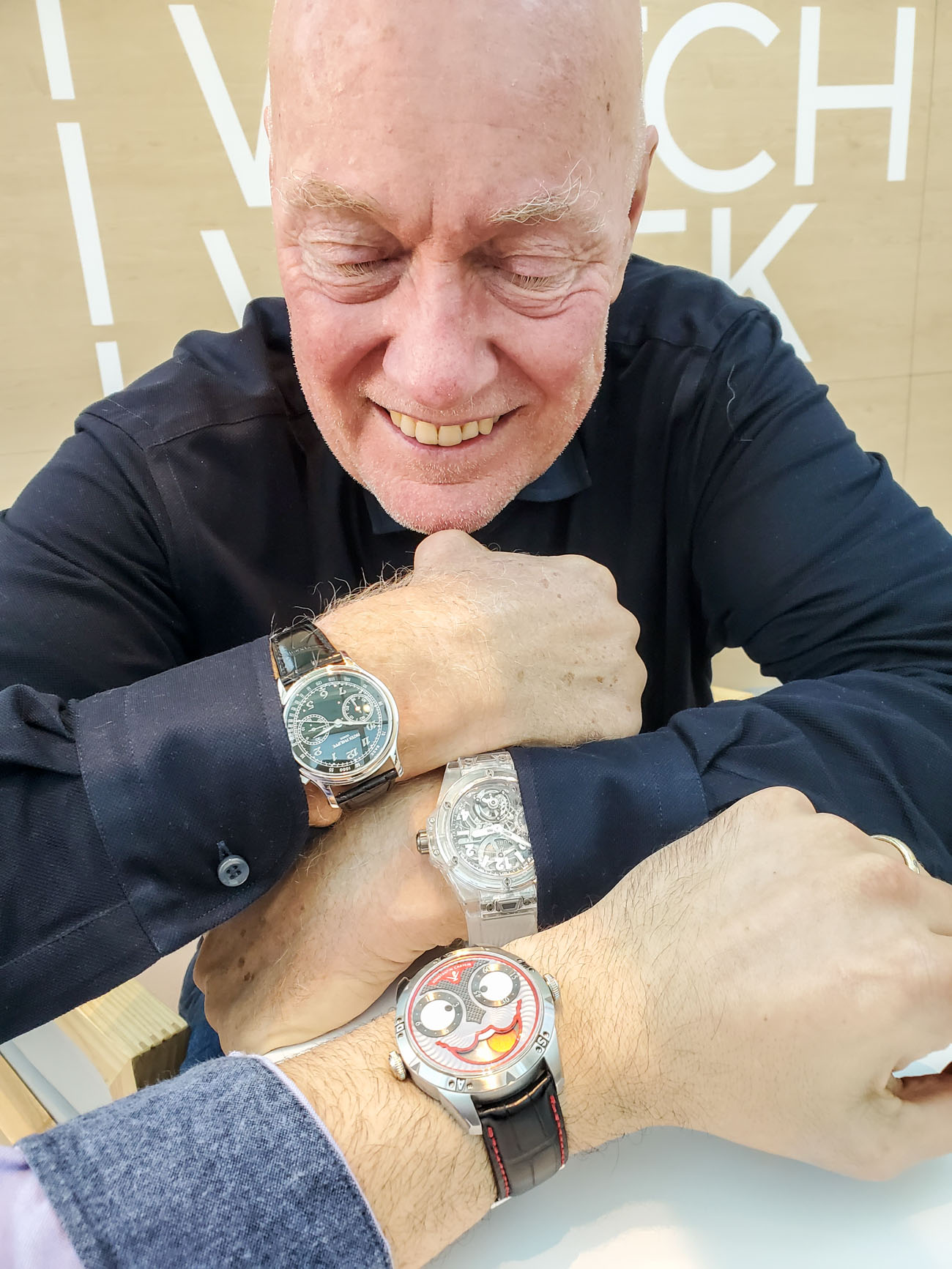 On many people’s minds is what Biver will do with his time after his contract with LVMH soon expires? Jean-Claude himself is leaving his options opens, admitting that he receives a fair number of offers. The savant who built the modern Omega into what it is, who created Blancpain as we know it, and who turned the money-losing Hublot into a mainstream luxury staple has outright rejected he start his own brand. “Is my ego not big enough?” responds Biver playfully when asked about the notion that he start his own watch brand.

Instead, Biver is dedicated to education and “giving back” to young people. Sprightly and energetic after some years of battling for better health, Biver is now on a serious speaking circuit. His favorite venues are university halls around the world. Just before meeting with me in Dubai, he was at Harvard speaking to a room of more than 1,000 students. As a popular speaker, he orates on far more than wristwatches — he also talks about business, management, innovation, humility, self-respect, and of course… love. 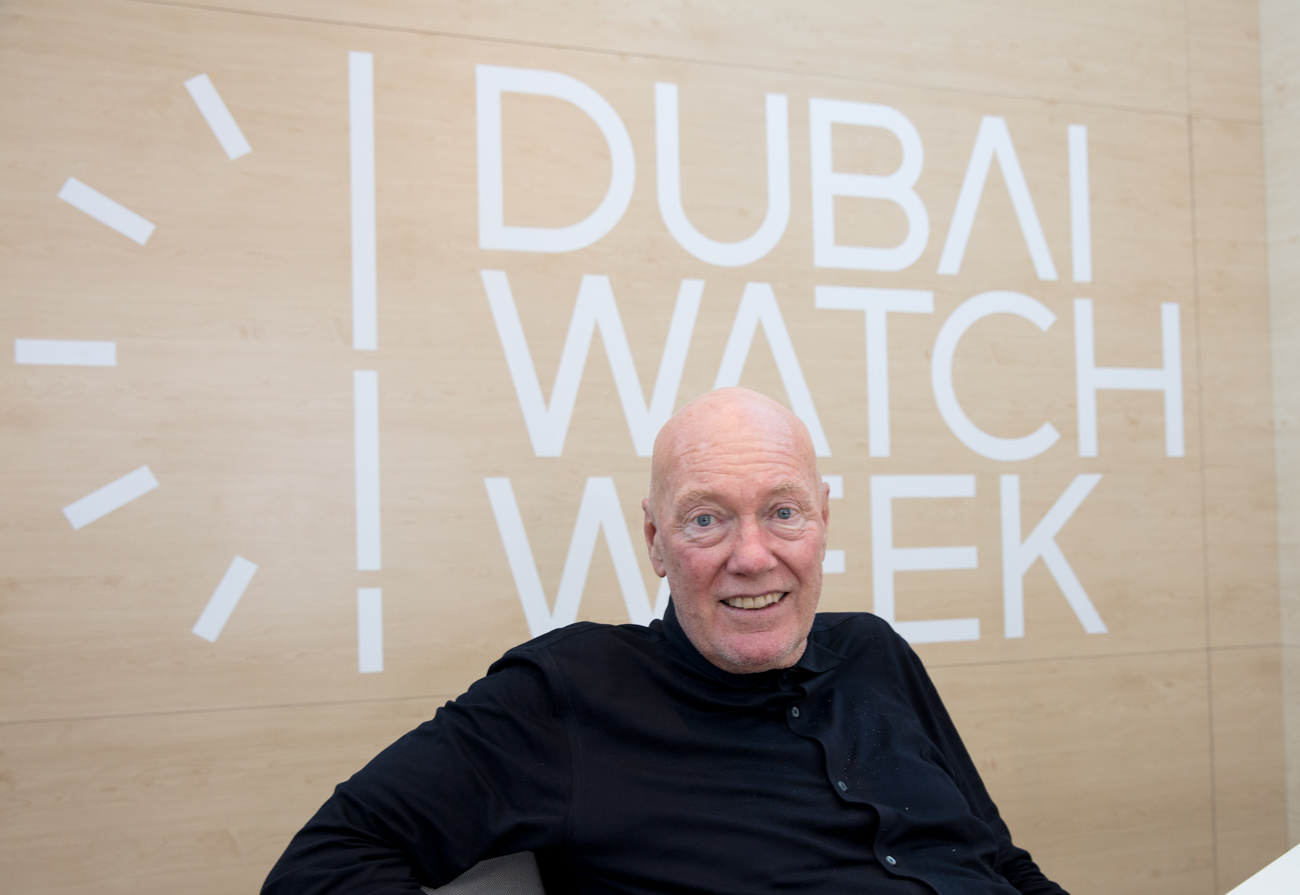 For my part, I hope that Jean-Claude Biver will complete his educational journey by focusing again on the watch industry. Watch brand management as an educational field is only sparingly developed and barely formalized even in Switzerland. I see real need and opportunity for someone such as Biver to spearhead an educational effort to create tomorrow’s generation of watch brand managers through his personal teachings, as well as the creation of a curriculum.

For now, though, Jean-Claude Biver gets to enjoy life. His fans fawn, his friends openly host, and smiles greet him at all corners. It’s good to be Mr. Biver today, and I recommend that anyone take the chance to hear him speak in person given his characteristic charisma and charm. What I can guarantee is that Jean-Claude Biver’s authentic passion for timepieces and the art of collecting them will keep him close to the industry that needs him more than he needs it.