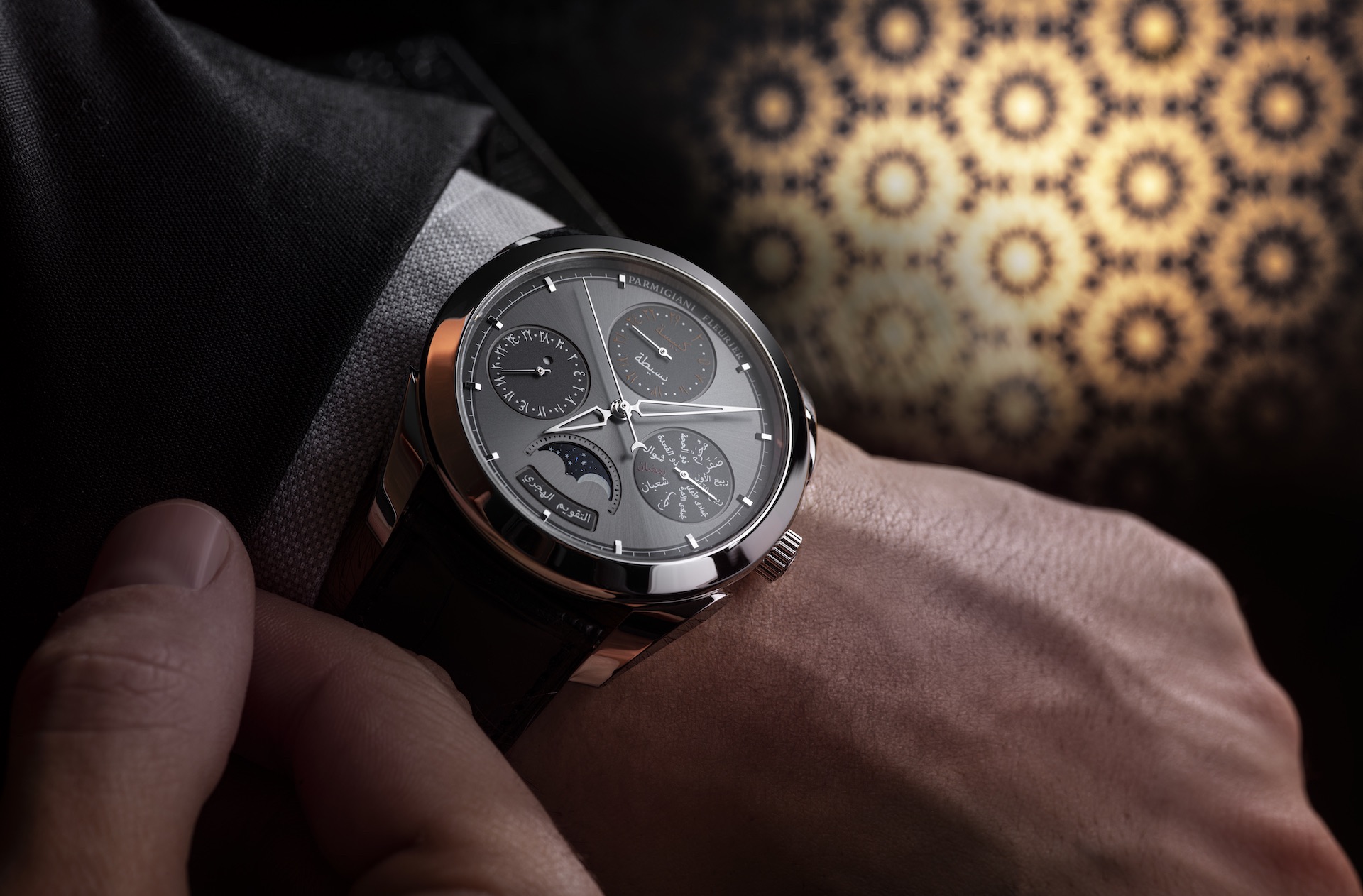 Just released is this Parmigiani Hijri Perpetual Calendar watch, the first wristwatch to track the Islamic lunar calendar. I say “wristwatch” because there have been at least some pocket watches featuring the complication that were restored by Michel Parmigiani himself, though I imagine there aren’t many, as one of them was a Gregorian calendar that was done in Arabic and given to a king. This restoration work inspired Parmigiani to create a Hijri calendar table clock back in 2011. It’s hard to think of another example of a watch with a new complication being introduced that doesn’t market itself to or make concessions for the Western or Chinese market at all. 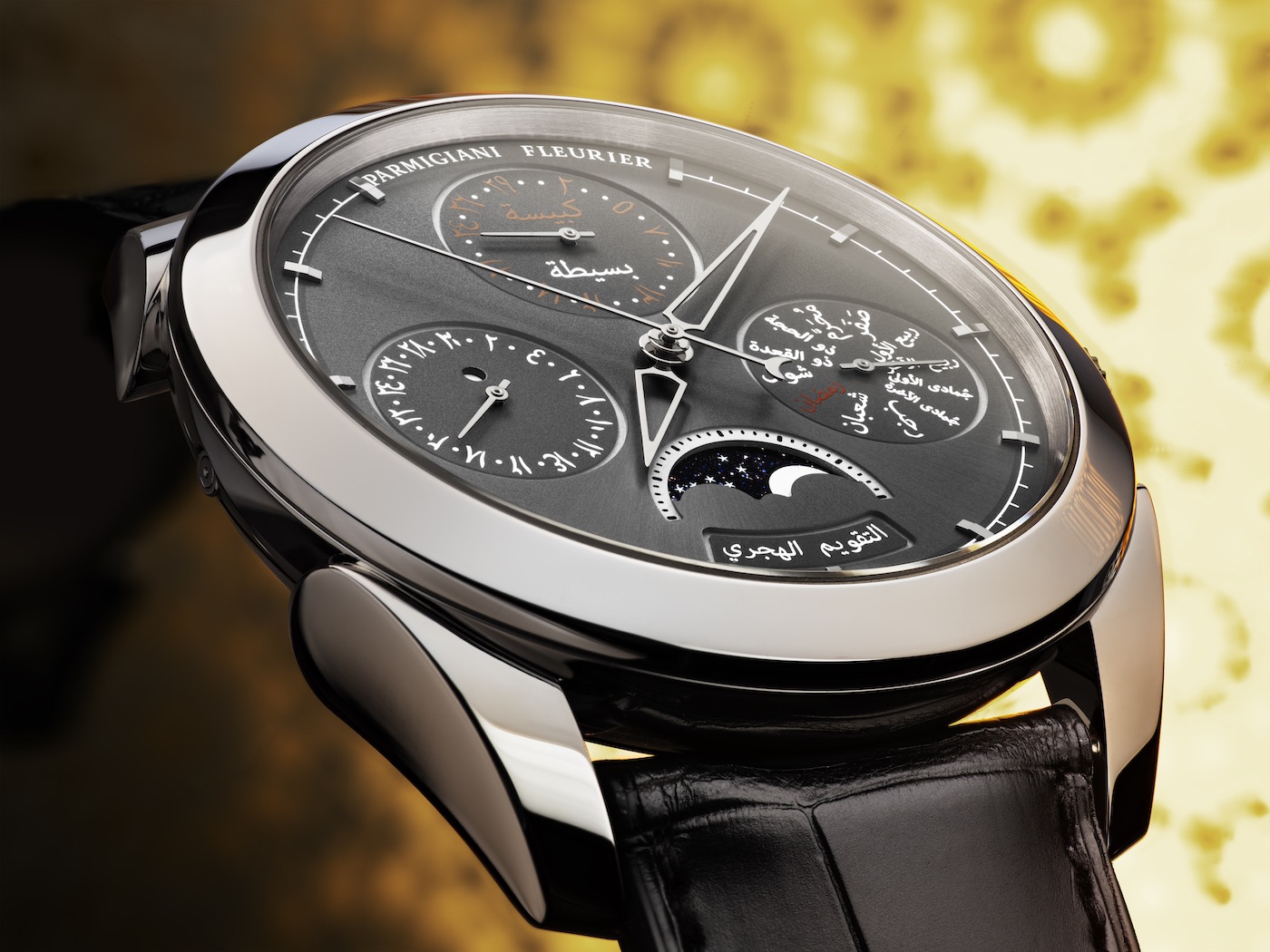 I spoke with Davide Traxler, CEO of Parmigiani, about the Hijri Perpetual Calendar watch and wasn’t surprised to learn that the Middle East isn’t really a strong market at all for the brand (at least for men’s watches — their women’s watches are considerably more popular in the region). This is easily understood once one considers the fact that the lion’s share of Parmigiani watches are done with gold cases or have gold in the movements. It’s forbidden in Islam for men to wear yellow or red gold, however, platinum is allowed, which is what the Hijri Perpetual Calendar is done in. Parmigiani goes further to state that there is no gold found anywhere on the case or movement of the watch. 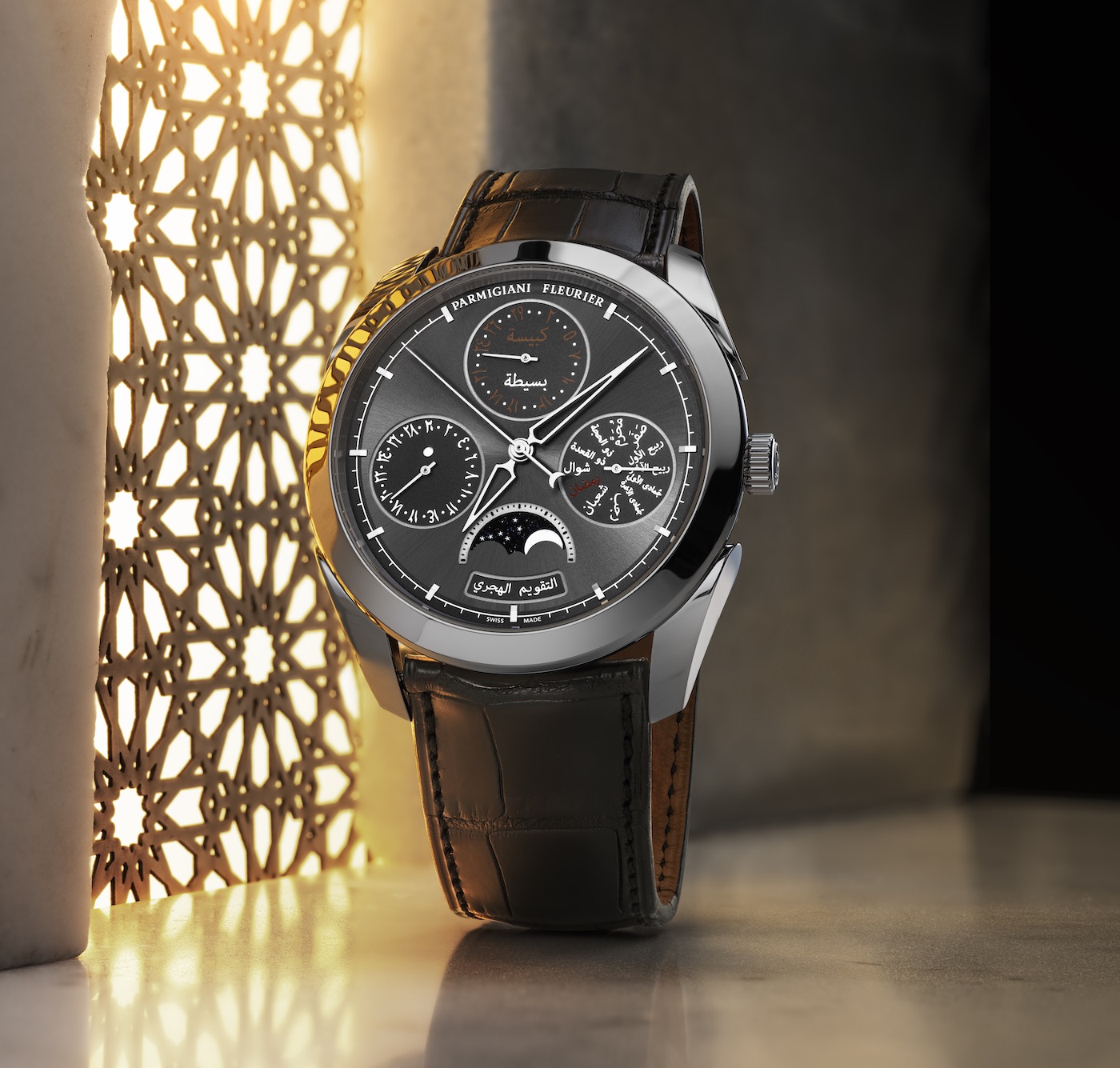 Presented in the classic Tonda case measuring 44.5mm wide with those recognizable teardrop lugs and delta-shaped hands, the slate dial of the Parmigiani Hijri Perpetual Calendar is all done in beautiful Arabic calligraphy (with the exception of the brand’s name at 12 o’clock and “Swiss Made” at 6 o’clock). 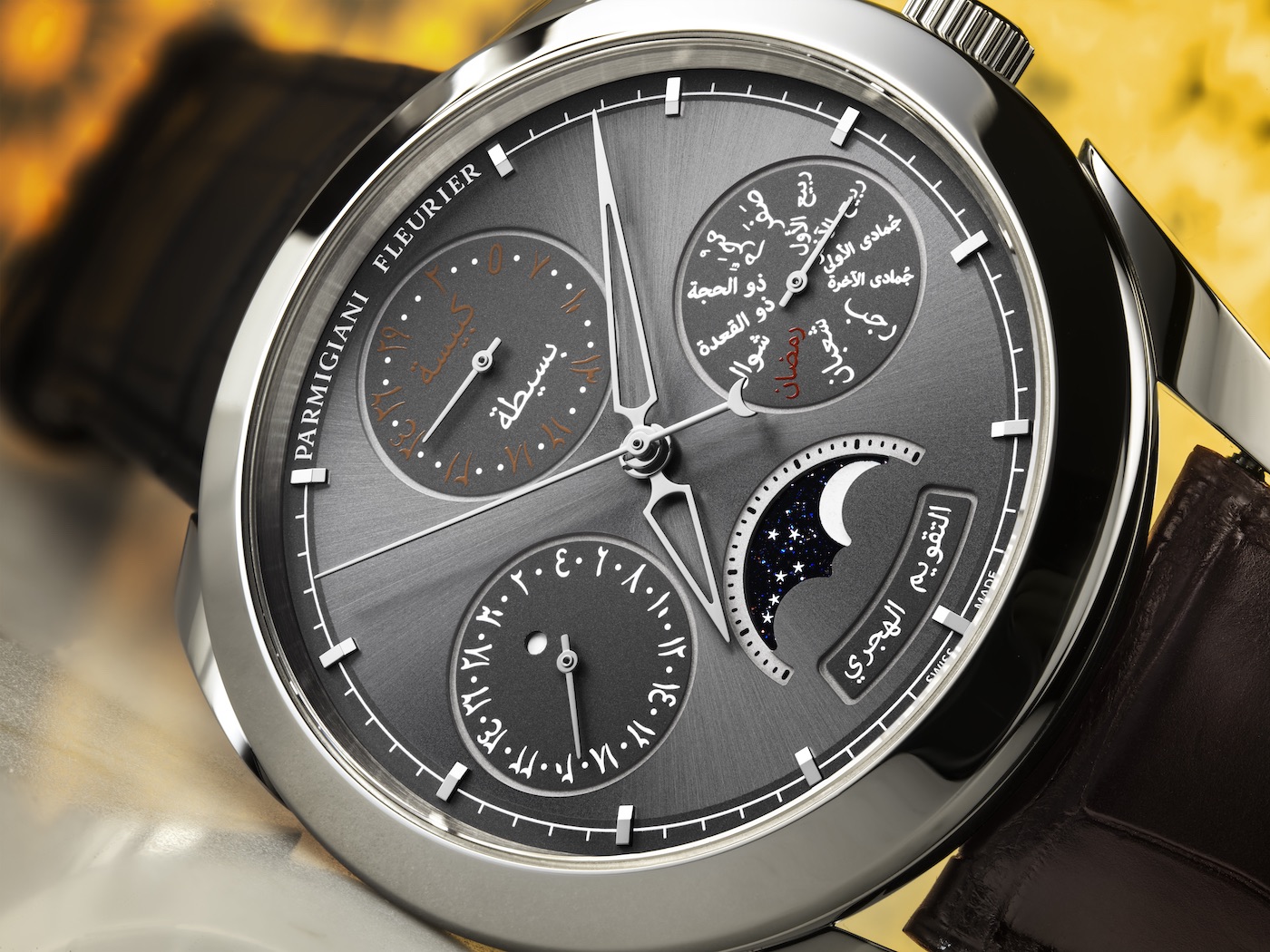 The Hijri Calendar consists of twelve 12, which is denoted at the subdial between 4 and 5 o’clock. Each of the names of the twelve months is done in white, other than the ninth month which is Ramadan and is done in a bright red. Depending on the phase of the moon, each month varies between 29 or 30 days, and so any given year can vary by a difference of -10 to -12 days. The subdial between 8 and 9 o’clock is the date indicator that goes to 30 and has a small dot indicator that shows whether it is currently a 29 or 30 day month. 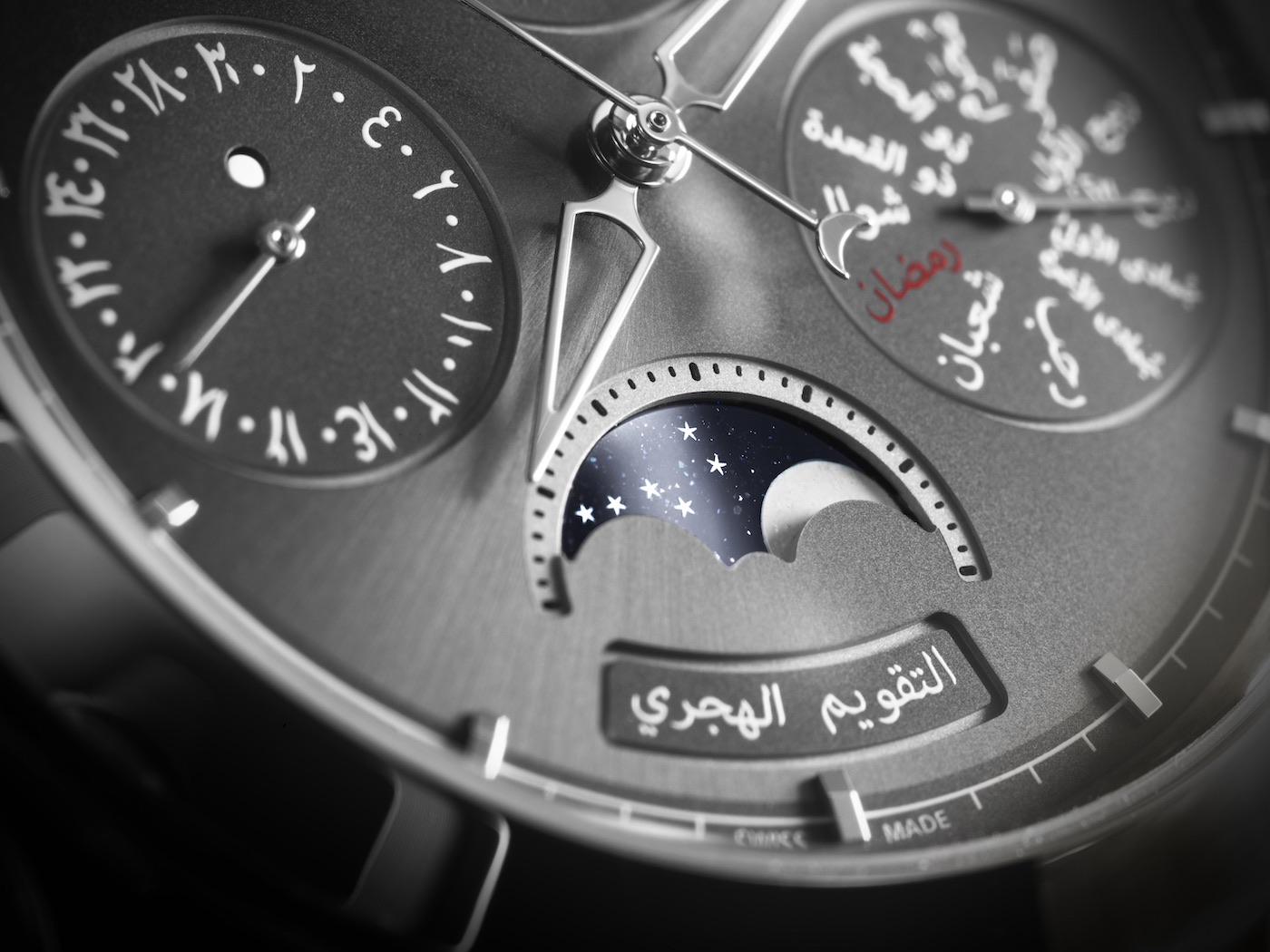 The Islamic Calendar has a 30-year cycle with 11 “leap” years of 355 days and 19 years of 354 days. At 12 o’clock is the subdial that indicates the year of the cycle with the leap years in orange-colored numerals and the standard common years marked by white dots. Considering this a lunar calendar, there is obviously a moon phase indicator. Located at 6 o’clock, the moon phase is done in aventurine. I’d like to see this in person, but it looks pretty beautiful in the press shots. 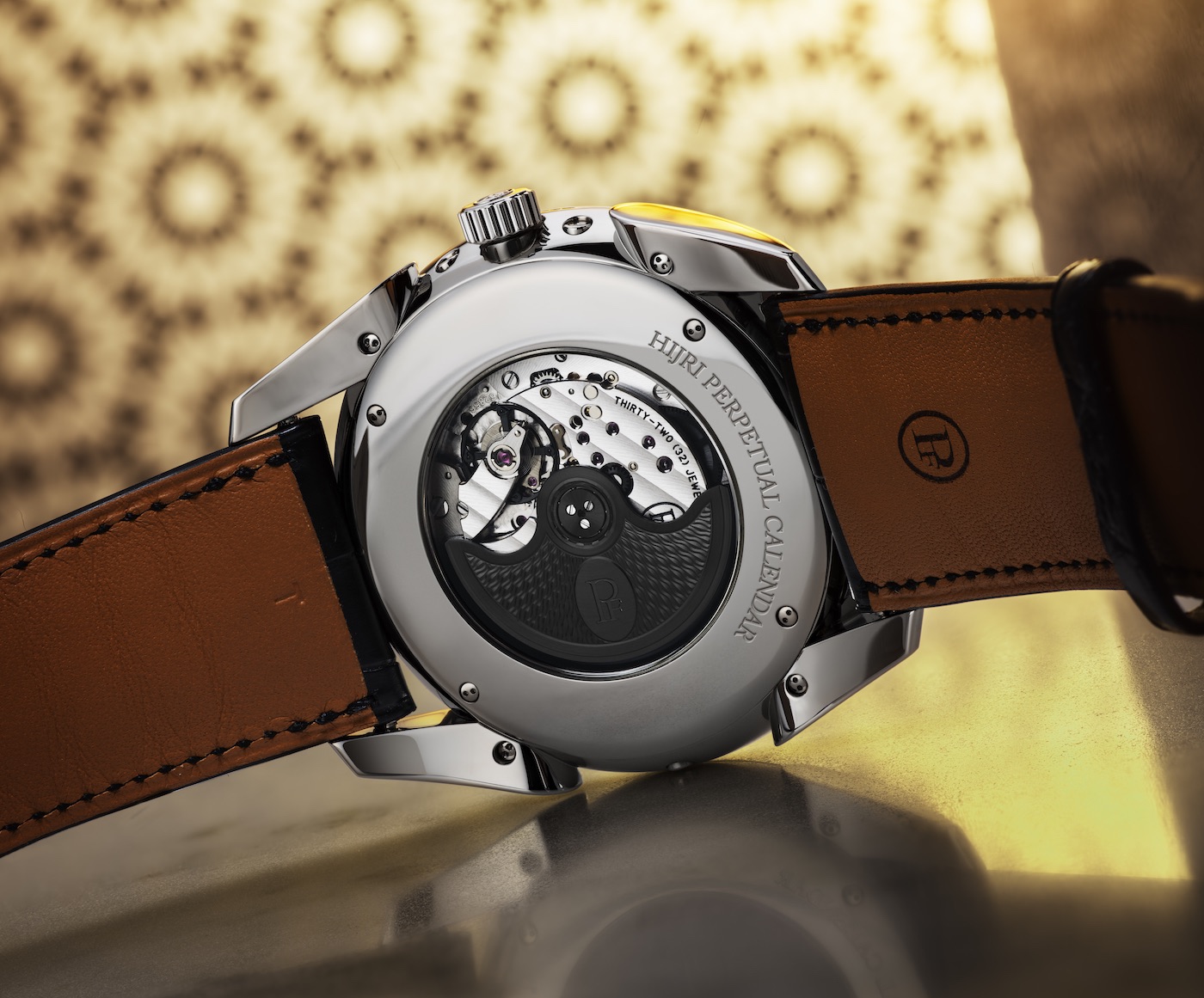 The movement is a modified version of the 48-hour power reserve calibre PF 332 with the rotor done in blacked platinum. Though the images don’t fully convey it, the bridges are allegedly done to adopt the shape of waxing and waning crescent moons. There are also design nods to the Rub el Hizb, which is an Islamic geometric symbol composed of two overlapping squares with a circle in the center. 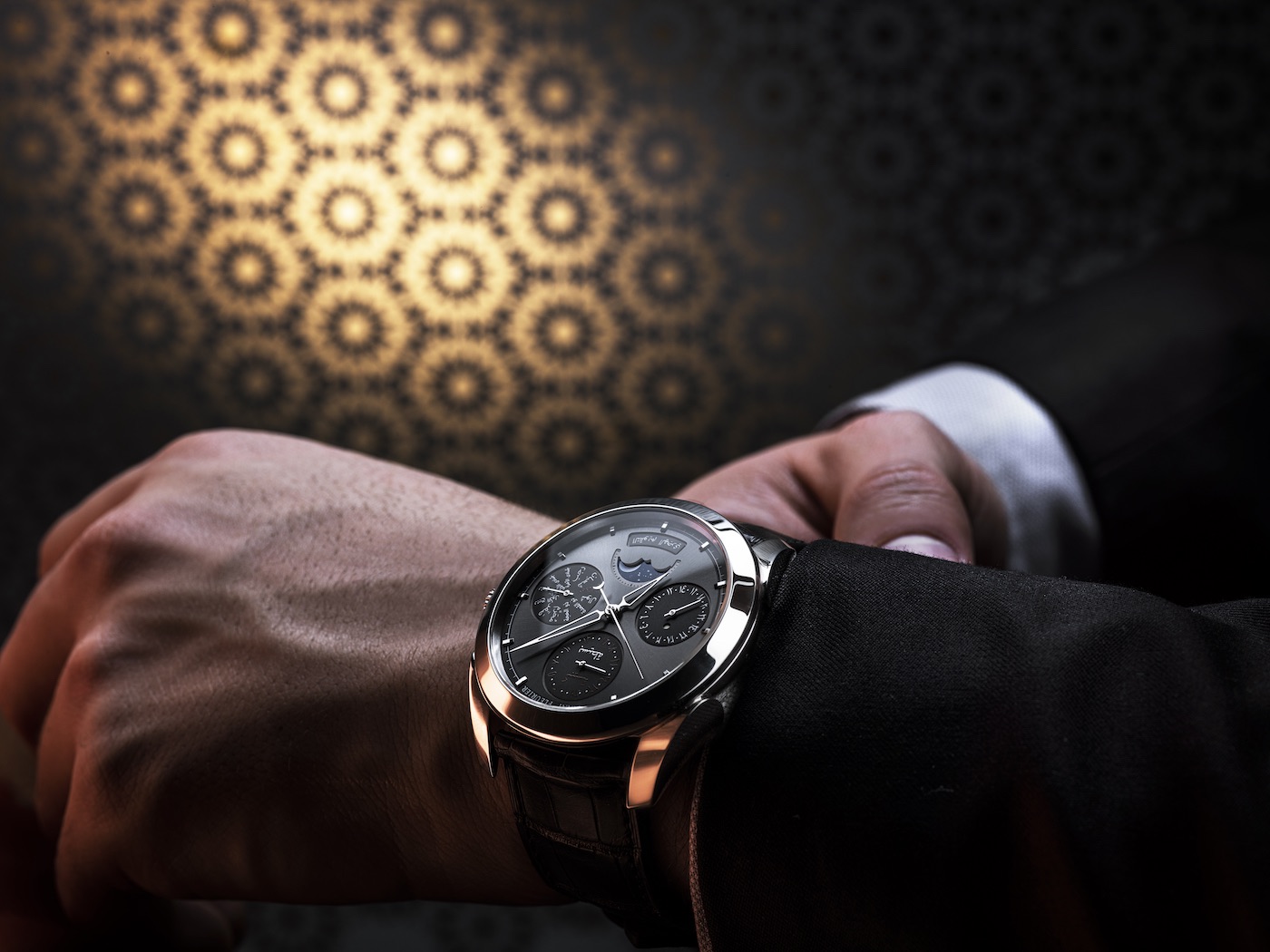 The Parmigiani Hijri Perpetual Calendar comes on a black alligator Hermes strap. Buyers will also be able to customize the watch to their wishes when it comes to things like gemstones and colors. It’s not a limited edition, but production is going to be understandably low, and I believe there will only be 40 pieces in the initial run. The Parmigiani Hijri Perpetual Calendar is priced at $80,000. You can learn more at parmigiani.com. 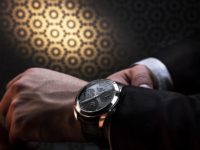 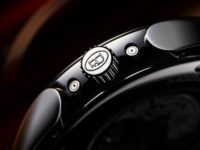 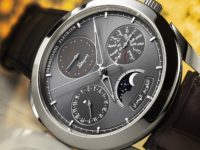 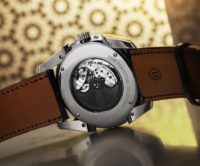 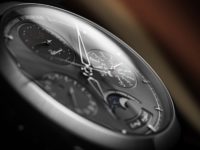 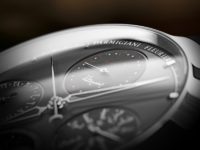 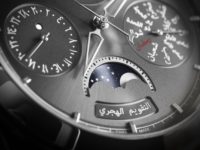 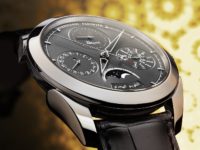 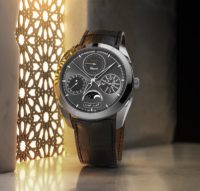