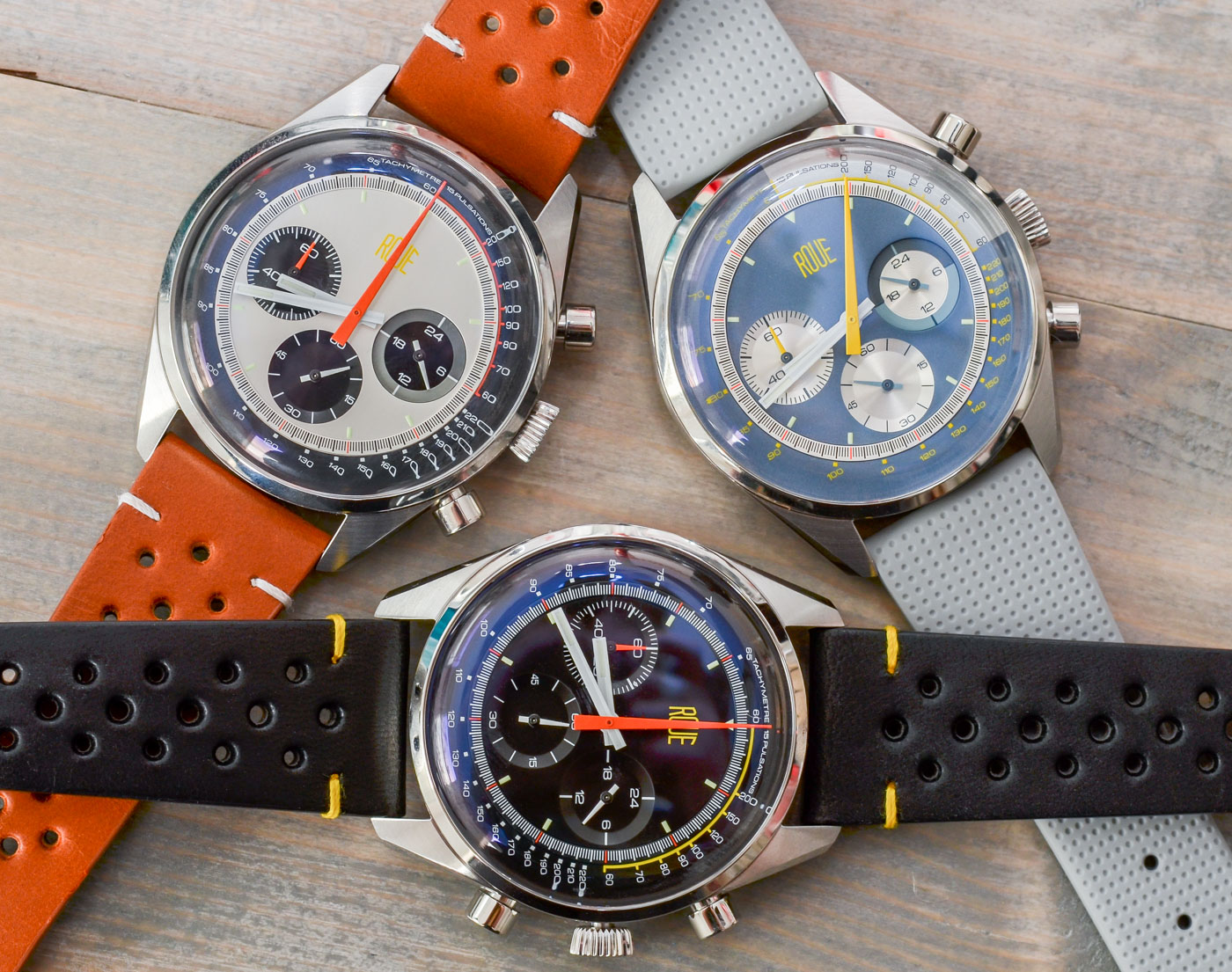 Last year, I was able to review the inaugural release of Roue’s CHR and the Roue SSD. I found both watches to be of surprising quality and value, well-designed for their sub-$250 price range. Following in a similar vein is the all-new Roue TPS, which stands for Tachymeter and Pulsometer. The watches are a tribute to the Porsche 910, winner of the 1000-kilometer race in Nurburgring in 1967, which is engraved on the back (more on that in a minute). The watches are aptly named the TPS One (Black), TPS Two (Panda), and TPS Three (Blue). Unlike the previous releases, all three of these watches, save for the colors, are the same design. The brand has sent all three models as sold, so we can really get into what you’re getting with the Roue TPS’s sub-$300 price tag. 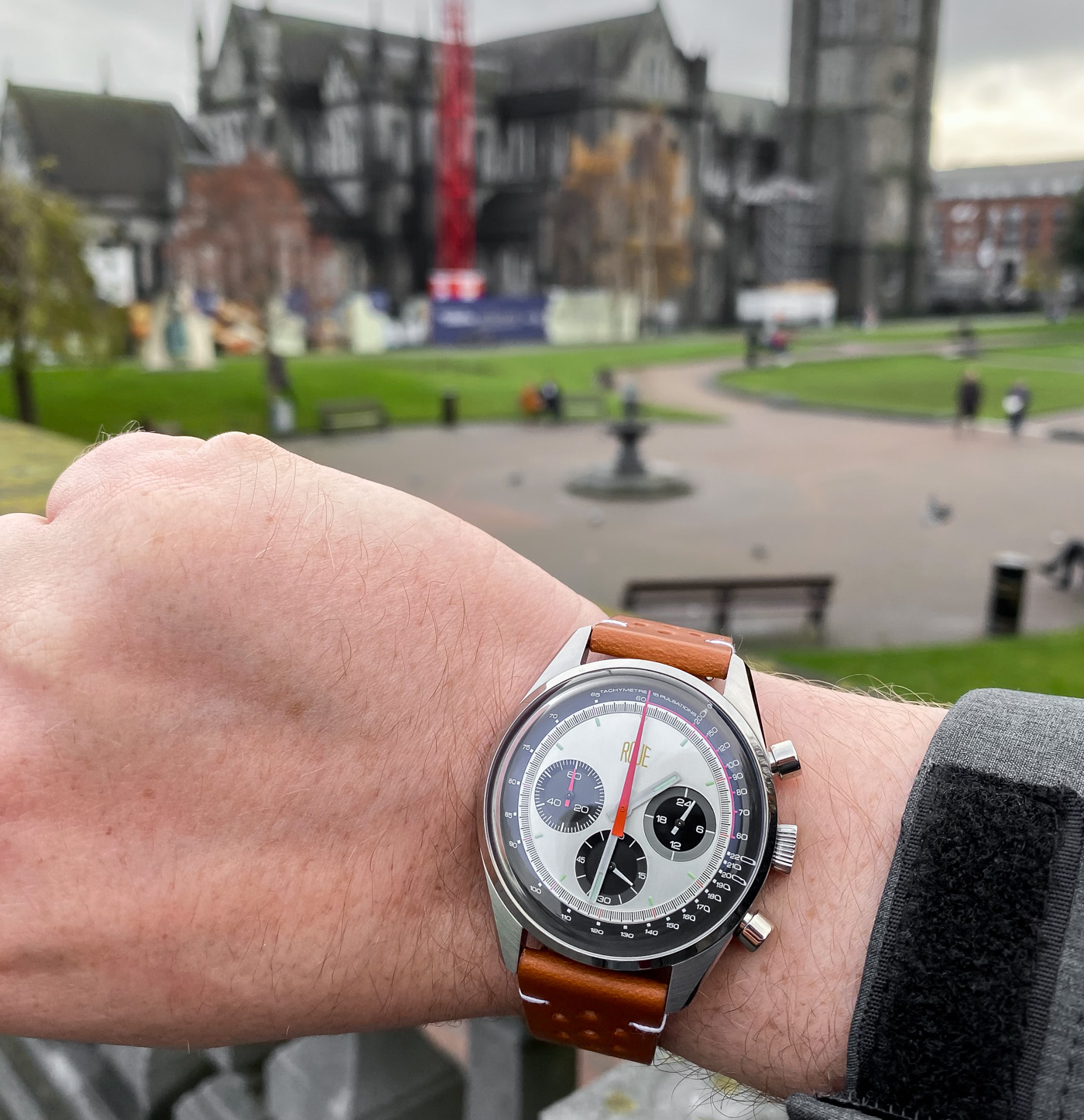 “Why are you covering yet another quartz Chronograph?”

I’ll explain. After the release of the CHR and SSD, there was a plethora of opinions, both negative and positive, about the watches. Some valid, others… nit-picky. Alex Iervolino, the owner of the brand, is, first and foremost, a designer. And while a lot of the “quartz-snob” opinions revolved around the movement, Alex stuck to his guns and did what he does best when he created the TPS — Design and Function — a mission statement of his first release last year. For that, I have to applaud him, and the release of new TPS line. Would I like to see mechanical versions of his watches in the future? Absolutely. But for now, I have enjoyed my time with the TPS line, regardless of what’s inside. 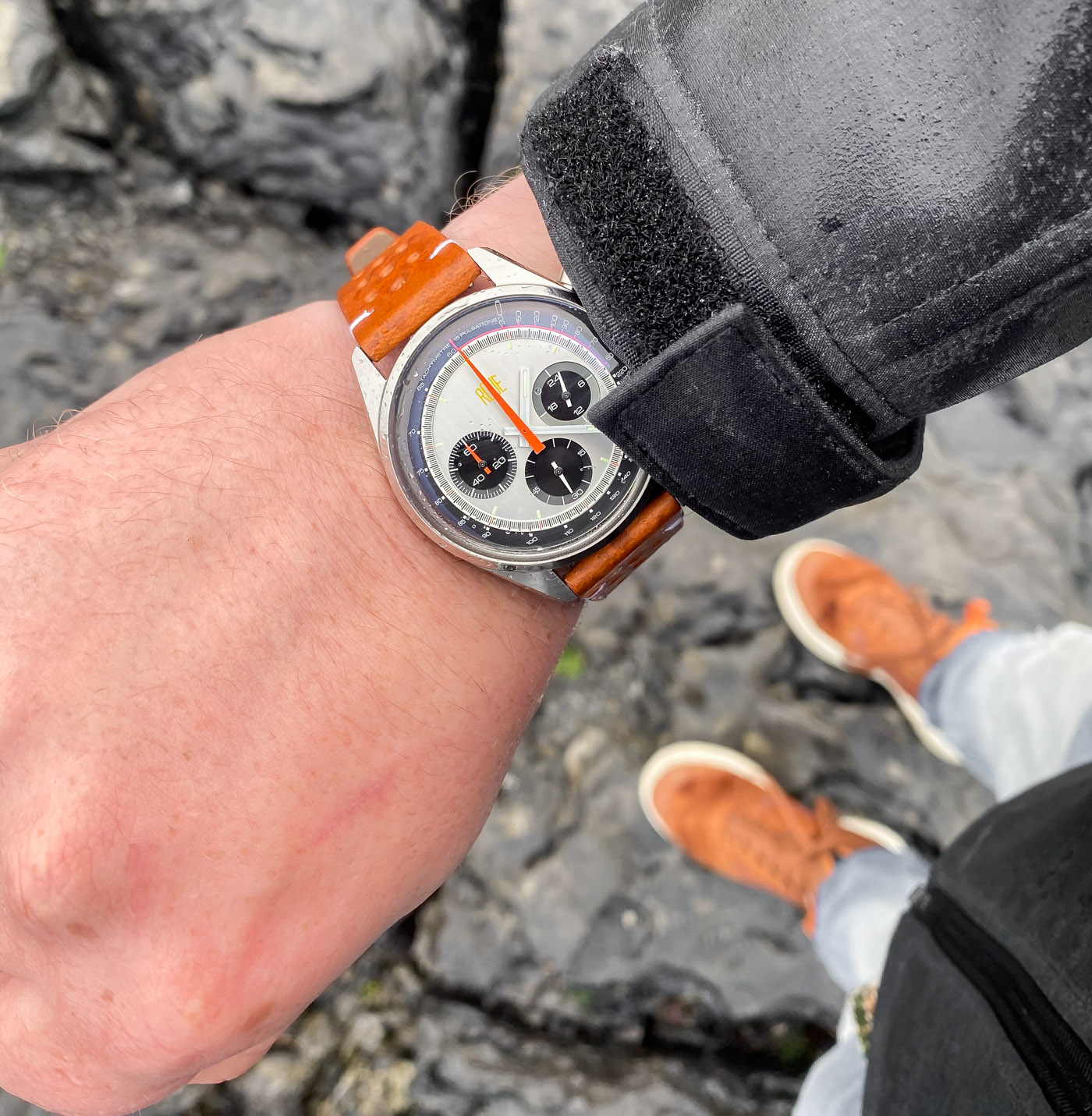 Let’s get to it. The case measures in at a modest 40mm x 13.4mm x 48mm with a domed mineral crystal. I think a sapphire crystal, while likely increasing the price a little, would have been a more worthwhile option. The polished stainless steel case features brushing on the sides and top of the lugs. This gives the case a nice contrast and adds some depth. The fairly dramatic domed crystal is a nice vintage touch, but adds slightly to the thickness. For the CHR and SSD, I praised the brand for not caving to modern trends of “bigger is better” and I have to continue that sentiment here, though I do feel that dropping the dome by one millimeter or so would make the case perfectly sized.

One thing I really appreciate is the slightly angled crown. It makes setting the time simple and adds to the vintage-esque extended pusher aesthetic. The watches are rated for 50 meters of water resistance and feature a really high-quality engraving of the Porsche 910 on the screw-down case back. 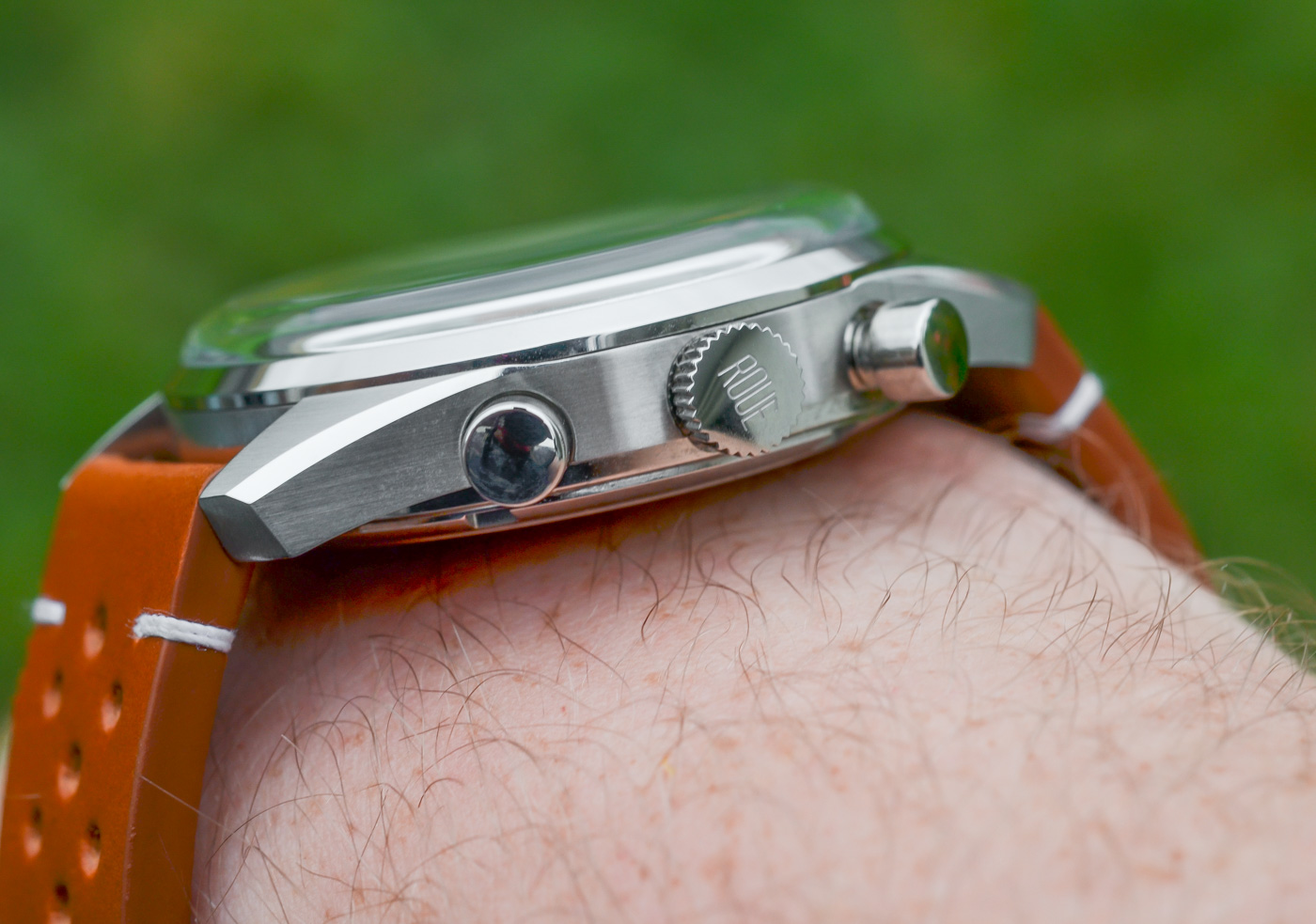 The real draw of the TPS line, however, is the dials. Each dial features both a tachymeter, and a pulsometer. The funky themes hearken back to automotive influences of the 60’s. Is there anything really new here? Not particularly. However, there is a culmination of charming features that, once together, bring out a retro-funk vibe. 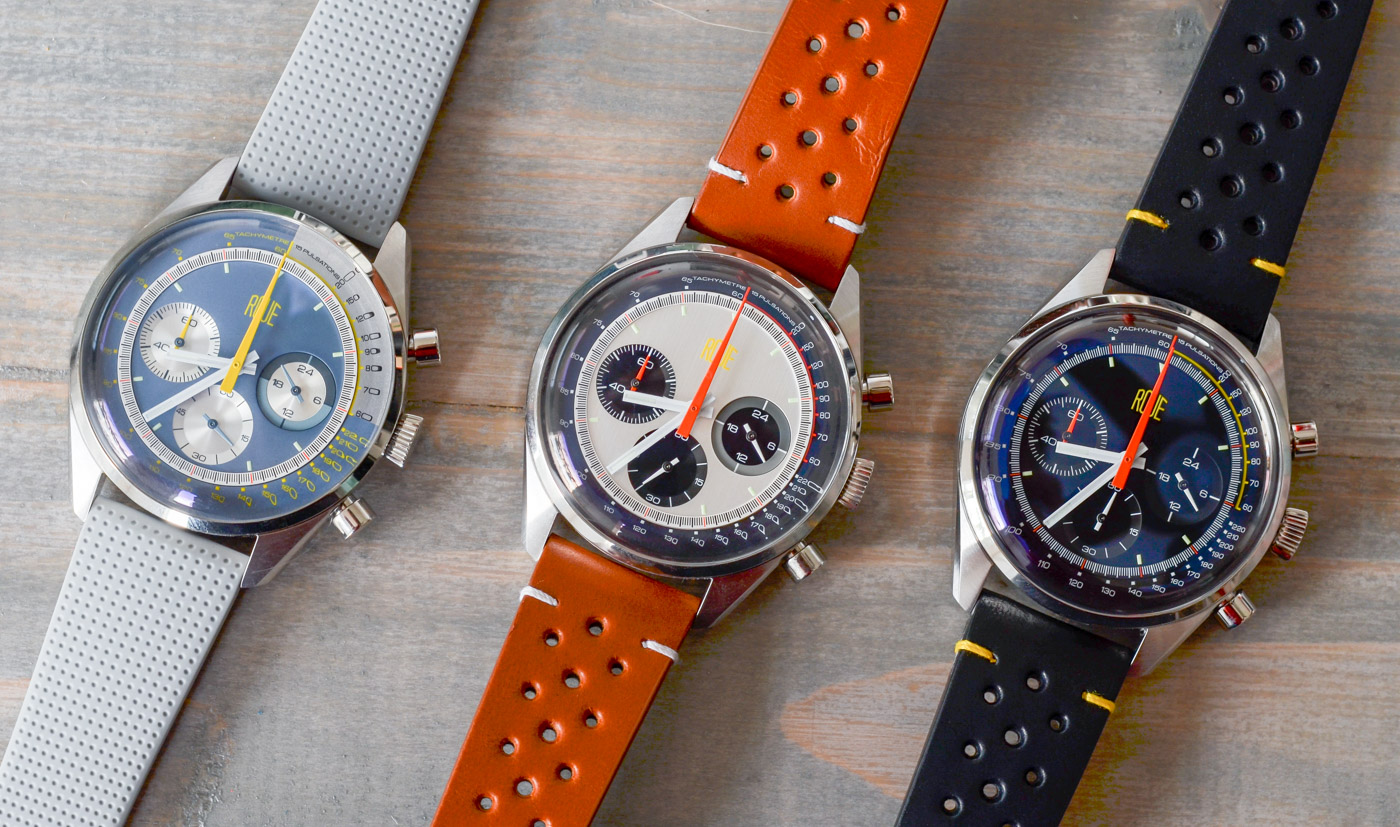 The watches come in three dial flavors — a black, a panda, and a cool gray-blue. The TPS One feels a bit like the Speedmaster “Ultraman” to me. I don’t have a problem with the dial, but it is fairly pedestrian, all things considered. The mirror black dial features orange chronograph hands, and a yellow accent color on the Roue logo. This is a simple dial that I have no doubt will appeal to enthusiasts of a less funky nature, though definitely the safest of the three. 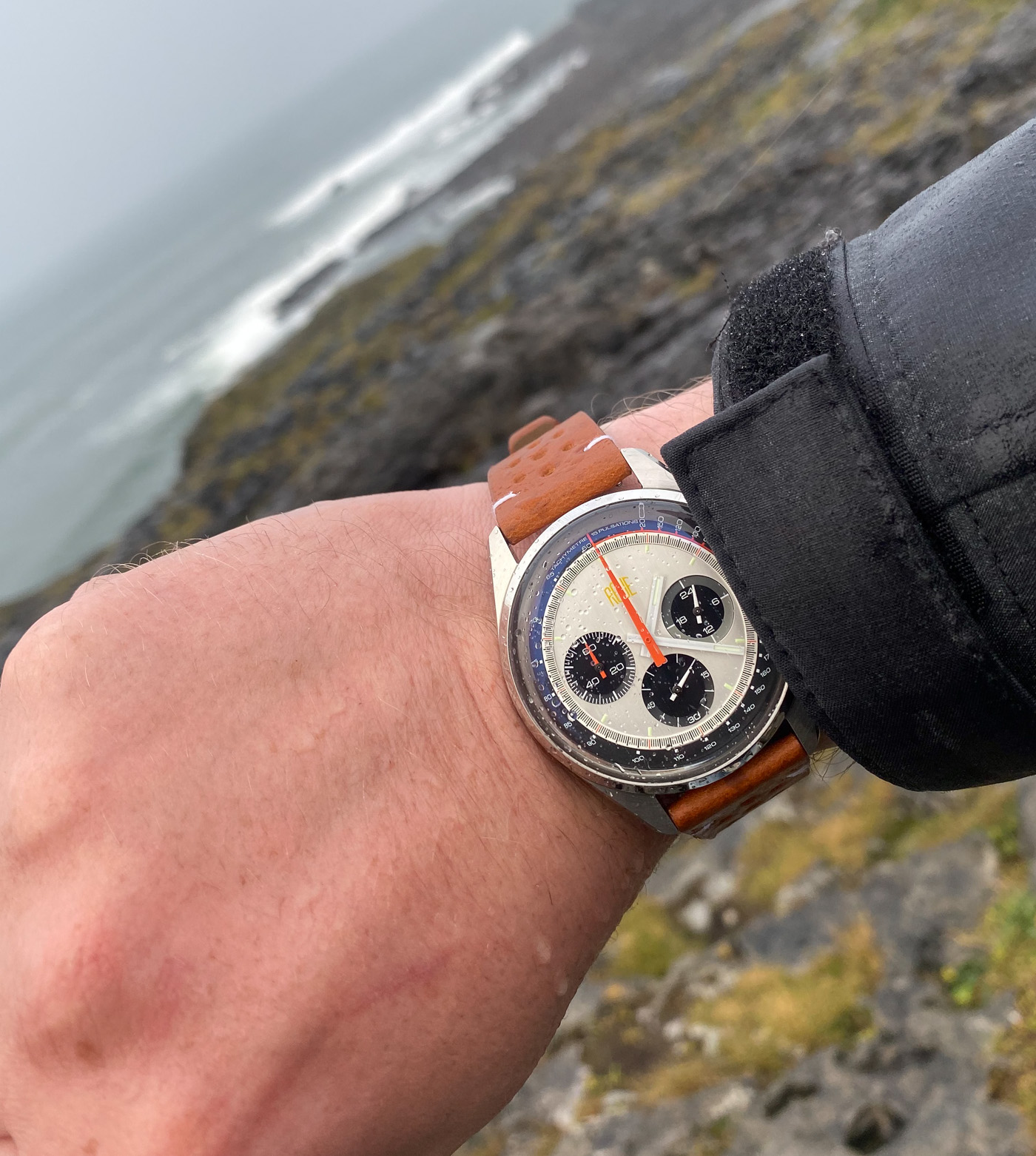 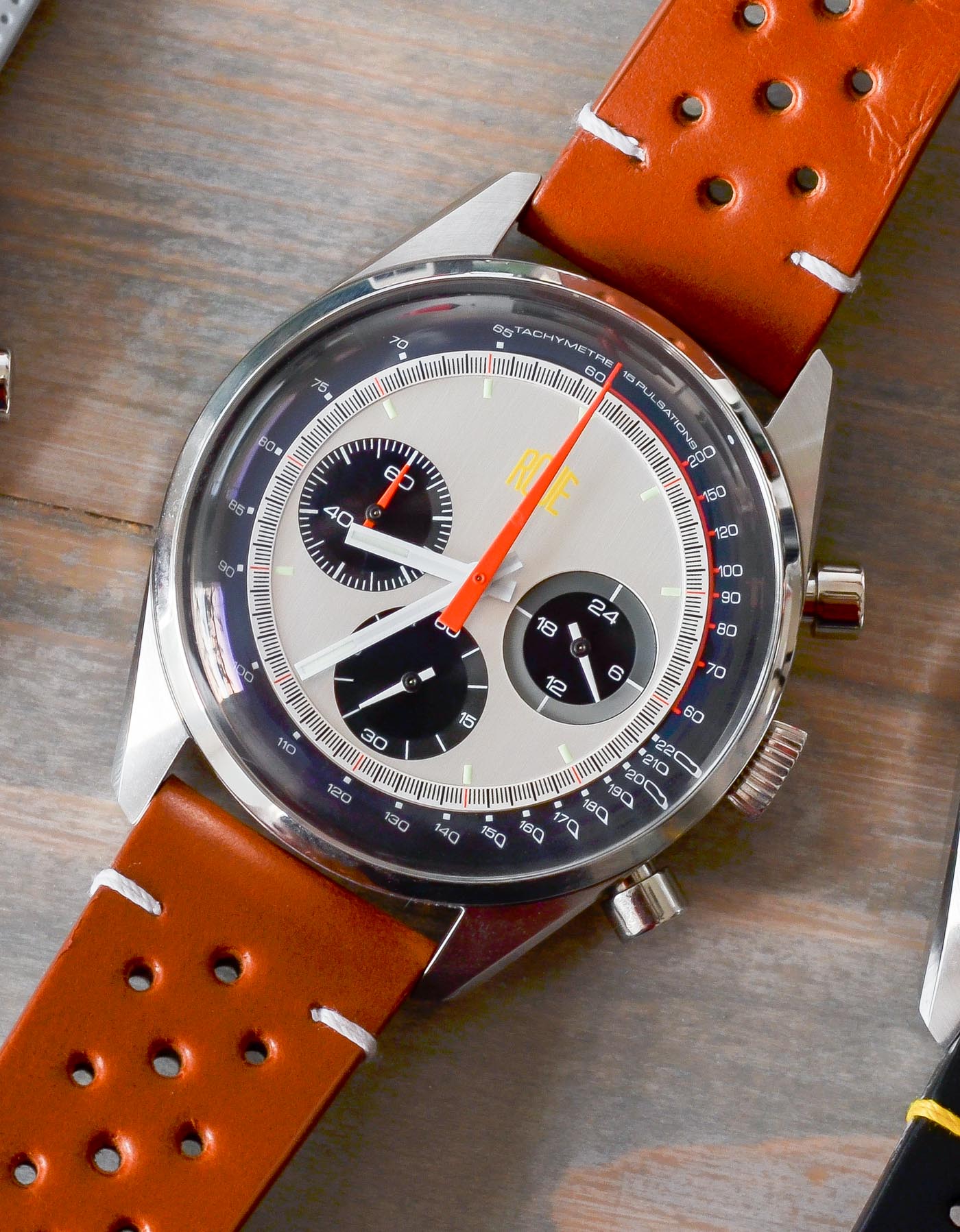 The TPS Two is a panda dial variant and where I see the most quintessential design language. The TPS Two looks and feels “Porsche-y,” and I can’t help being impressed by the pure visual treat of the yellow and orange splashes of color against the silver-cream dial plate. I had concerns with the white hands on the silver dial from the press images, but it’s more than legible in person. Of the three, I feel this is the most versatile with outfits. It really dresses up or down and I find that an enticing feature of any watch. 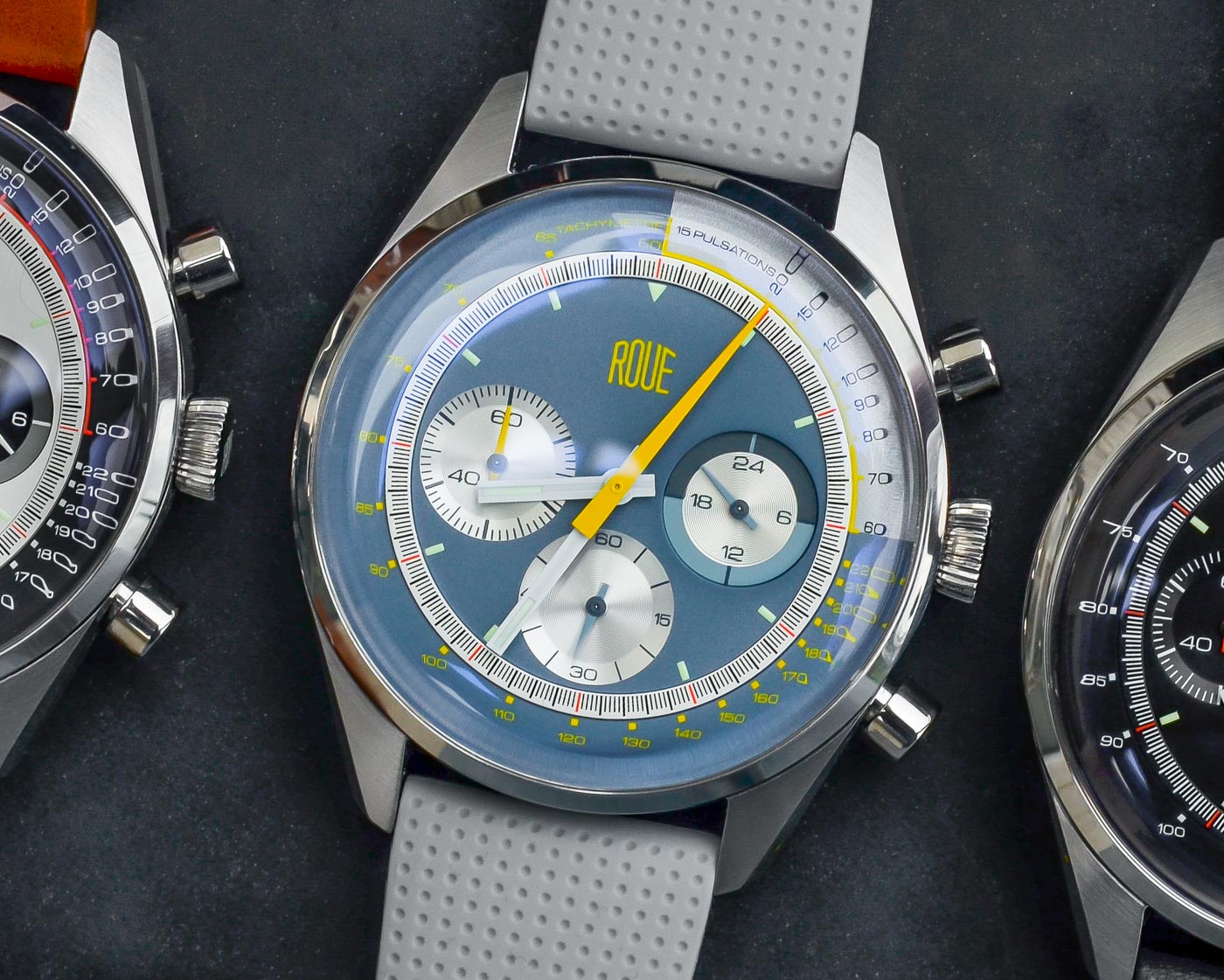 The TPS Three is something I really need to give credit to. When I first saw the colorway of the dial, I couldn’t think of anything similar. The unique blue-gray colorway with yellow accents ended up being my favorite of the three, even if it’s not as easy to match with outfits. The watch simply feels cool. And while I tend to associate boldly styled watches with seasons, I feel the TPS Three could fit all year round, though I found it a perfect match for winter. 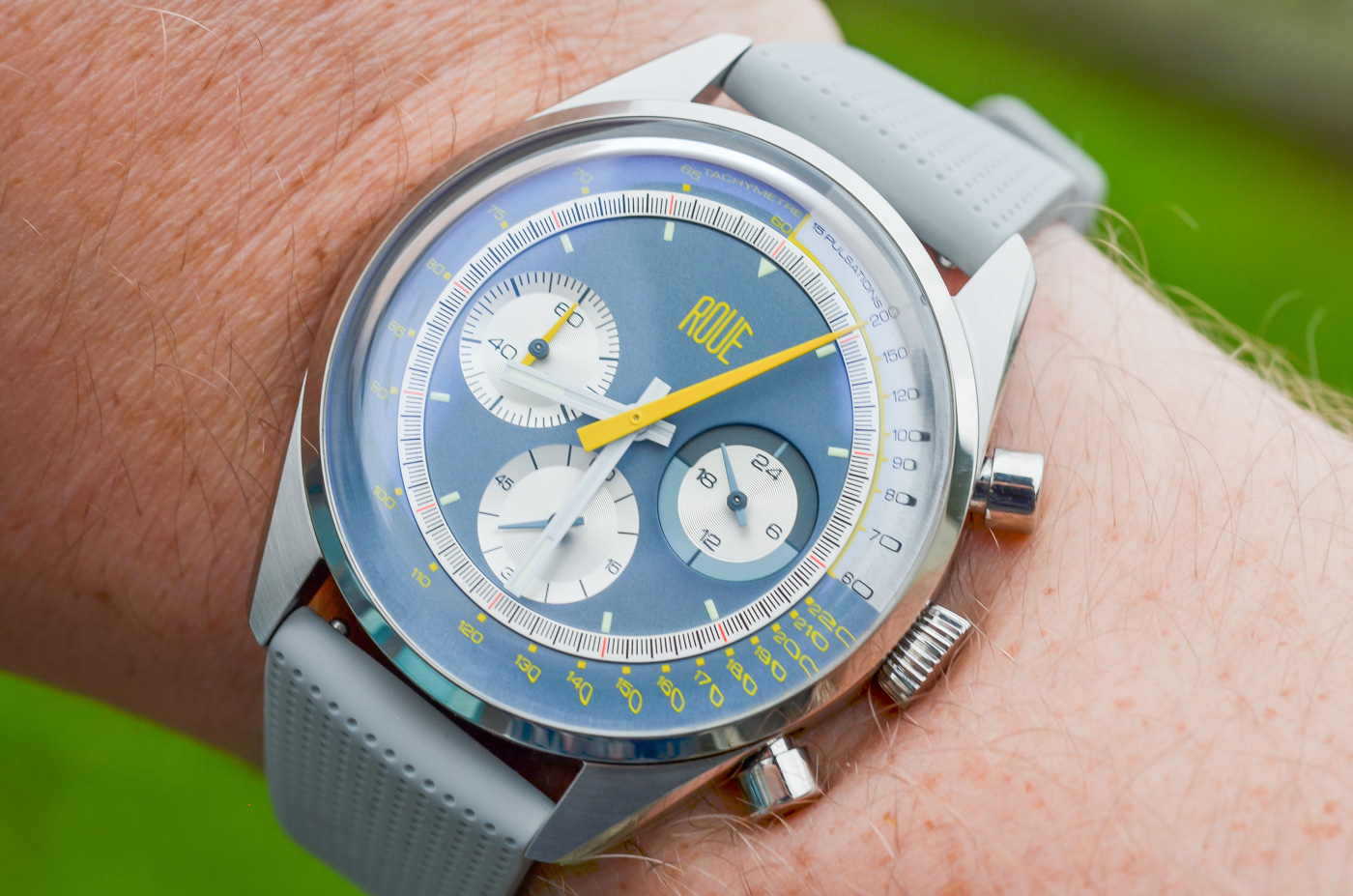 Each watch has its own gray felt watch roll with two straps. The TPS Two and Three both feature a cool gray rubber strap and a brown leather “driving” strap. The TPS One has a black rubber strap and a really cool black leather driving strap with yellow stitching to match the dial accents. All of the straps are quick-release and easily swapped out. I swapped the straps around three or four times in the course of having the watches and didn’t need a tool for any of them. In my opinion, I would include the same black rubber from the TPS One for the TPS Two instead of the gray one. I found it fit the panda much better than the gray. 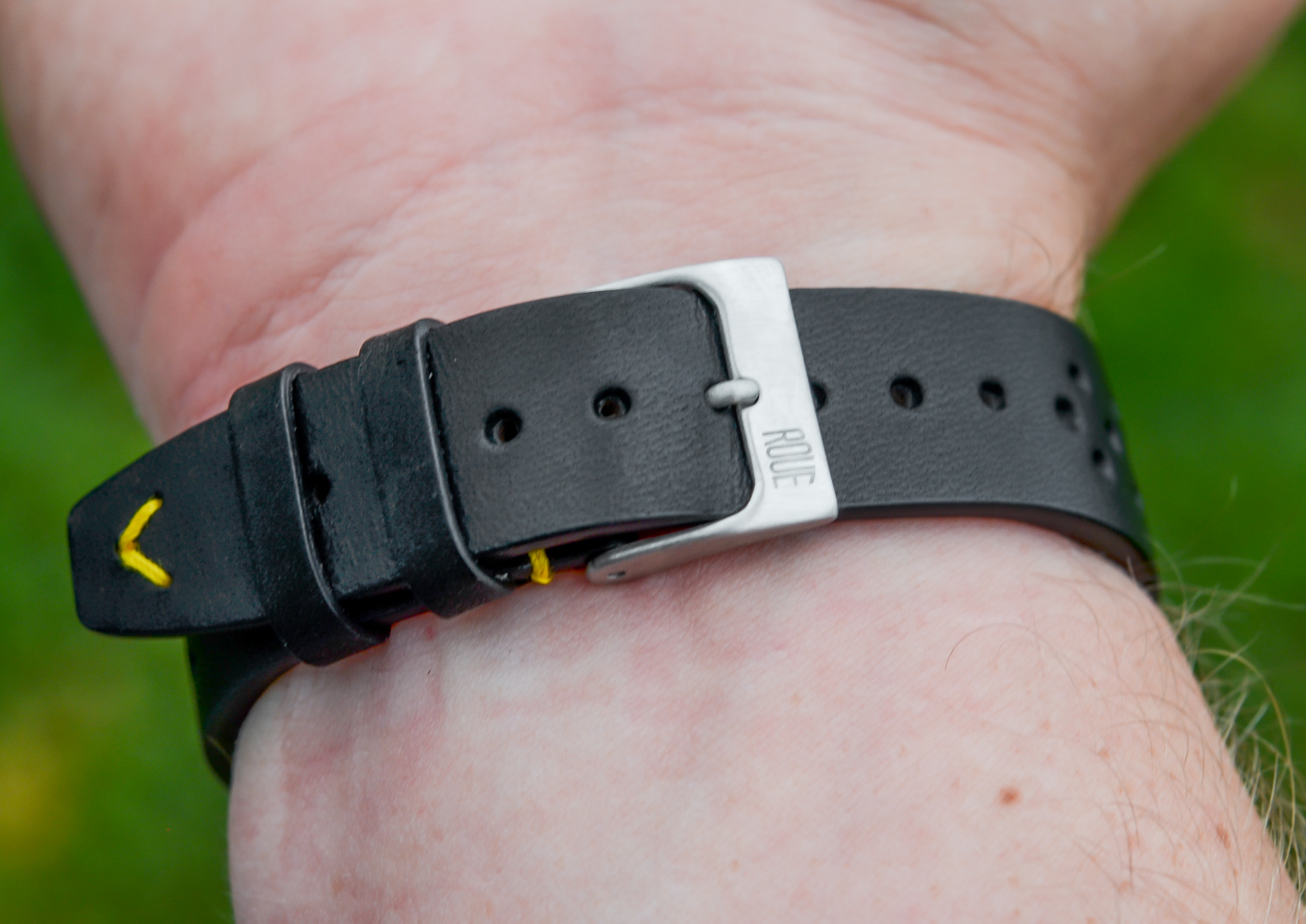 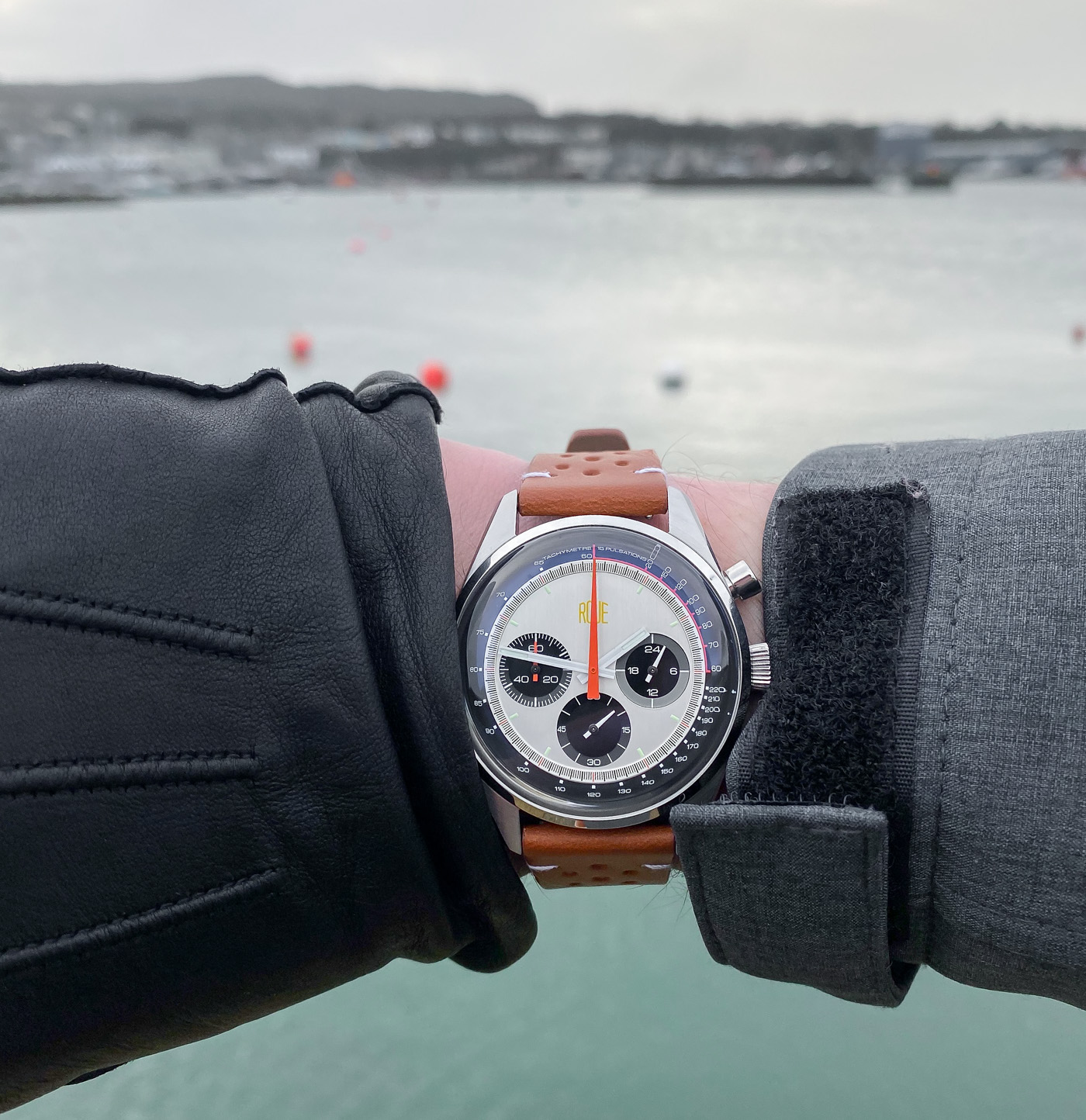 The quality of the Roue TPS line is really hard to argue with. Alex is going to receive the same blow-back for the quartz movements, and that’s okay. Because working with a high-quality automatic chronograph would both drastically increase the price and the footprint of this watch. As is, the watch looks and feels great on the wrist. The case, dial, and strap quality paired with the packaging, extra strap, and watch roll really makes the $290 price tag a great value. The Roue TPS is limited to 1000 pieces each. Read more at rouewatch.com. 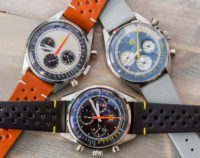 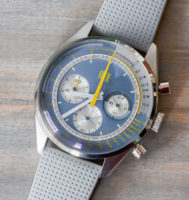 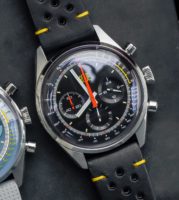 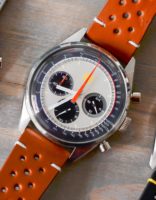 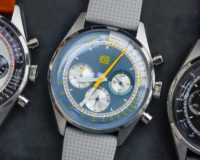 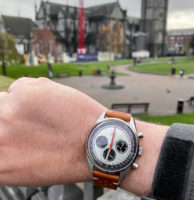 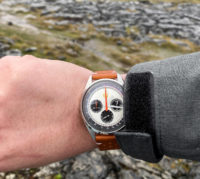 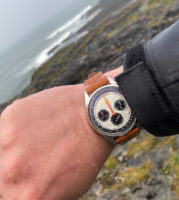 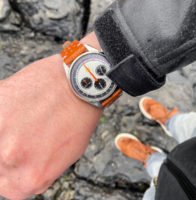 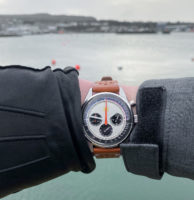