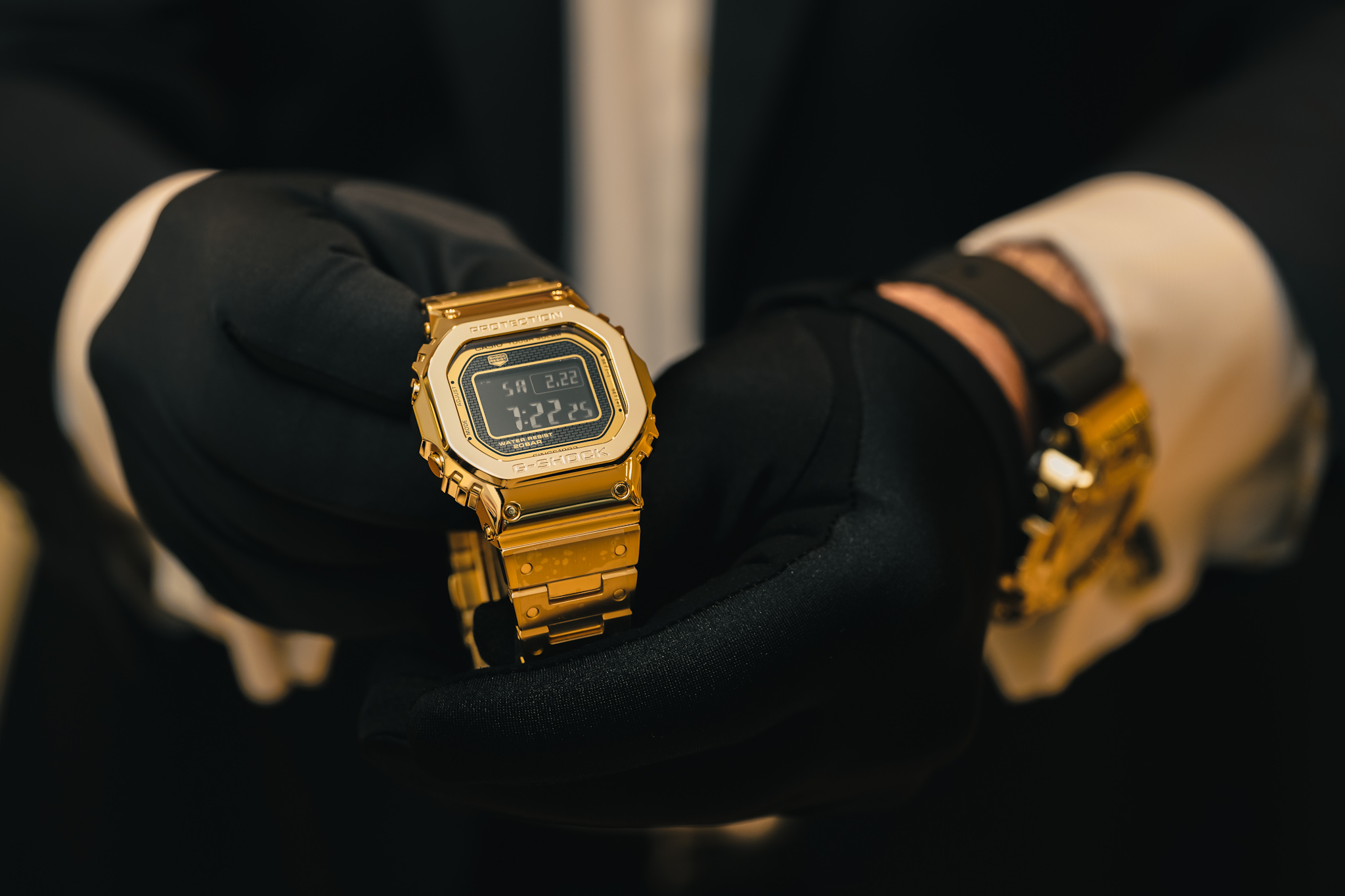 It started with a box. A big one. One of those kinds of shipping crates that comes nailed to a wooden pallet, inside of which is a series of increasingly smaller boxes, each with bits of straw and packing peanuts layered in between. And inside the smallest box of all would be a long lost golden artifact of perhaps Egyptian origin, completing its long journey from some distant corner of Mesopotamia. Inside this particular matryoshka though, was no priceless artifact but a watch — and a digital one at that. 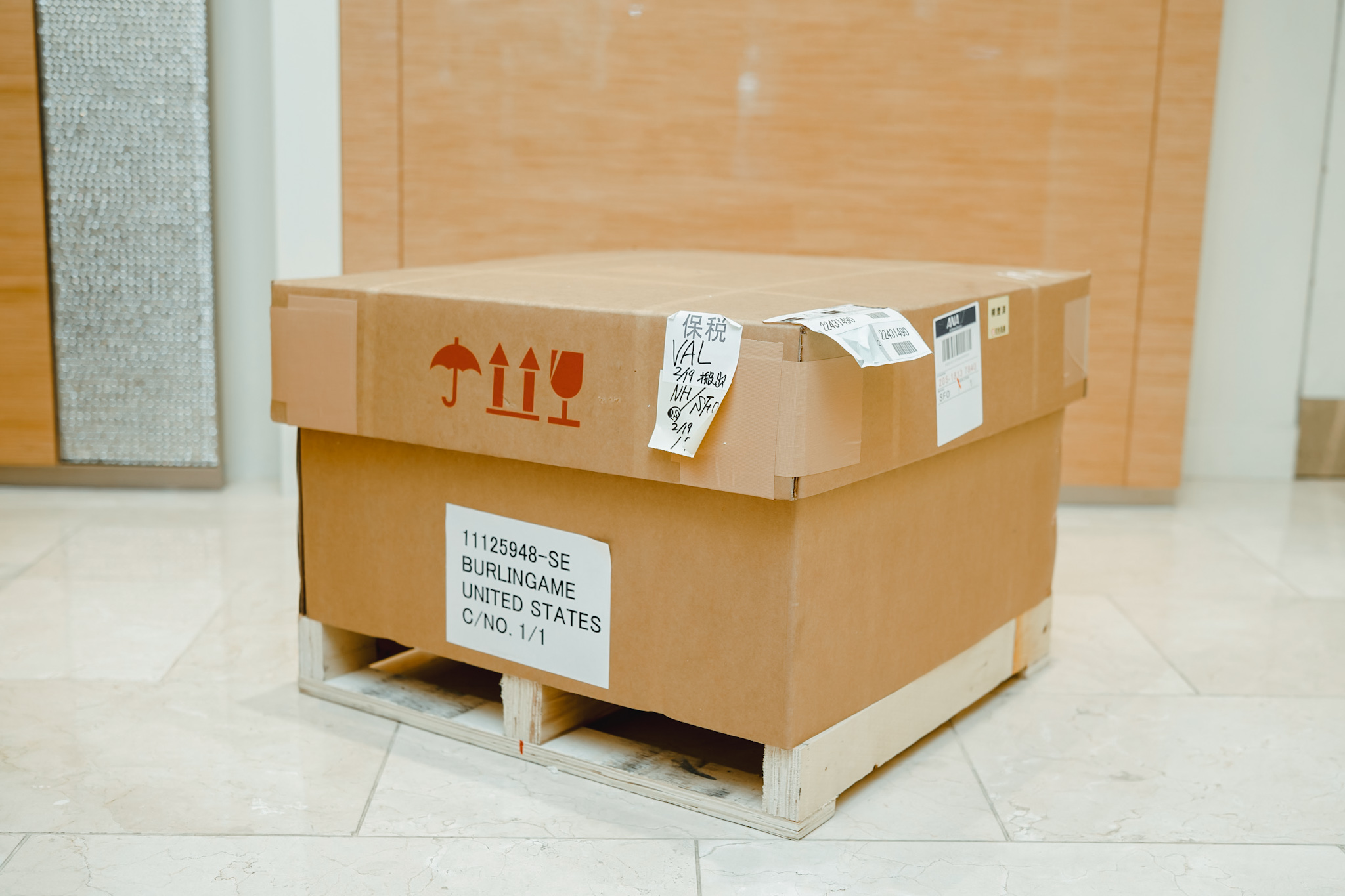 Satisfied that the delivery had been completed, the courier’s armed guard left the way he’d came — out the service exit belonging to Topper Jewelers, in Burlingame, California. Deep inside the center of the crate wasn’t just any watch, but a Casio G-Shock. A solid 18k-gold one — reference G-D5000-9JR, which, without a doubt, would have been the envy of all the pharaohs had it belonged to that particular epoch in history. You might remember this particular reference from a video that surfaced early last year of its prototype being tested. Violently.

The G-Shock “Dream Project” was never supposed to be a reality. Teased at Baselworld back in 2015, a concept piece was produced and tested, creating a small viral sensation wherever it cropped up at the brand’s in-store events around the world, but for nearly four years, it was just that — a wild concept and a show piece. But in early 2019, Casio’s tone changed, and the manufacture announced that the watch was, indeed, going to be produced in extremely limited numbers. And it was going to be expensive. $70,000 to be exact. 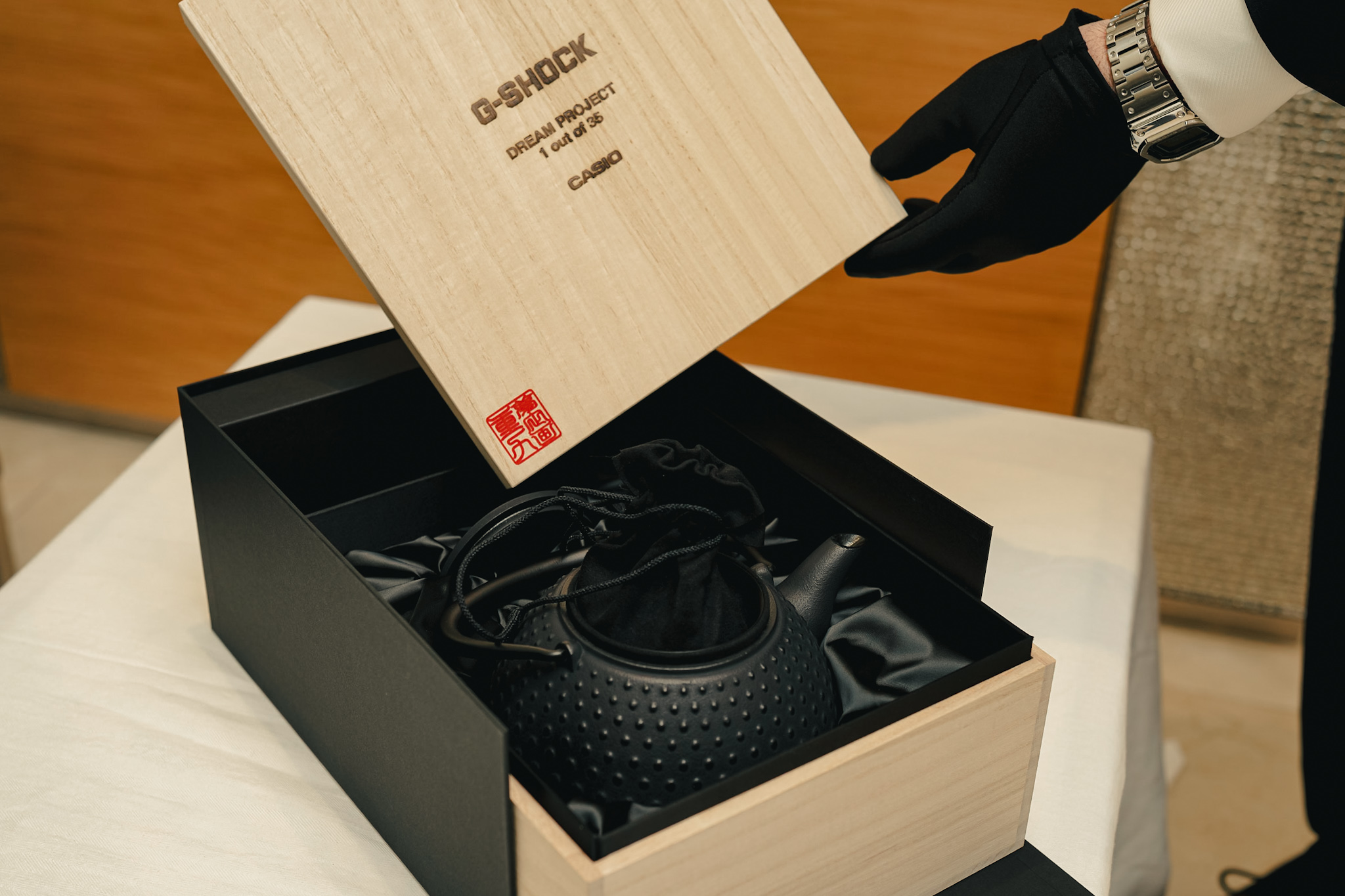 Three boxes and a short intermission for refreshments later, we arrive at the center of the crate, where the physical watch box awaits: a light-colored bamboo affair with a bright red “hanko” stamp whose kanji reads “Dream Project.” Inside it, we discover a traditional Japanese tea kettle, called a “tetsubin.” And inside this extremely cool cast-iron vessel is a black conical bag that finally holds the watch itself. We remove it from its velveteen sarcophagus, and the room is immediately bathed in a soft yellow light. Dramatic music begins to echo from somewhere deep in the store. (Well, not actually, but you get the idea.) 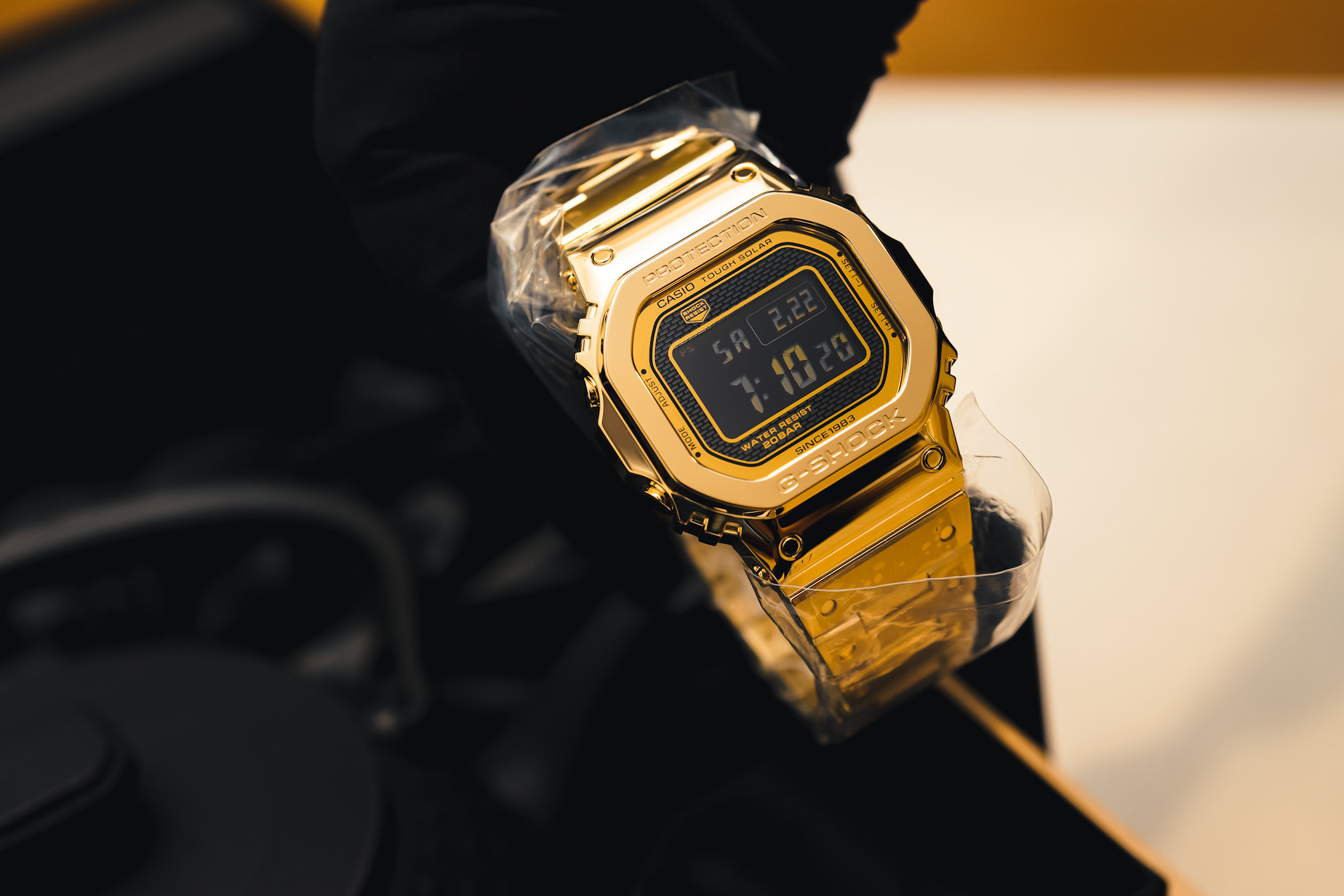 In total, 35 of these Dream Project G-Shocks were made, and of those, only 10 made it out of Japan. Of those 10, only two were allocated to the United States. Topper Jewelers rightfully earned the distinction of being able to sell one of them to an equally lucky client, and as it sits on my wrist reflecting my own gaze in a bezel-shaped halo of orange and yellow, I’m struck by how incomprehensibly heavy it is. The tactile trick your wrist is playing on your brain is more or less a visual one — G-shock’s familiar 5000-series plastic cases weigh next to nothing, and this watch — for all intents and purposes, looks exactly like a resin-cased variant — from the familiar rectangular liquid crystal display framed by a smooth bezel into which “PROTECTION” and “G-SHOCK” are etched, right down to the little dimples that punctuate each side of the lugs and trail down the sides of the strap. Except a basic GW-5000 weighs around 70 grams. This one is a little over quadruple that, and double the weight of the “Full Metal” stainless steel GMW-B 5000 variants, topping out at a little over 300 grams. 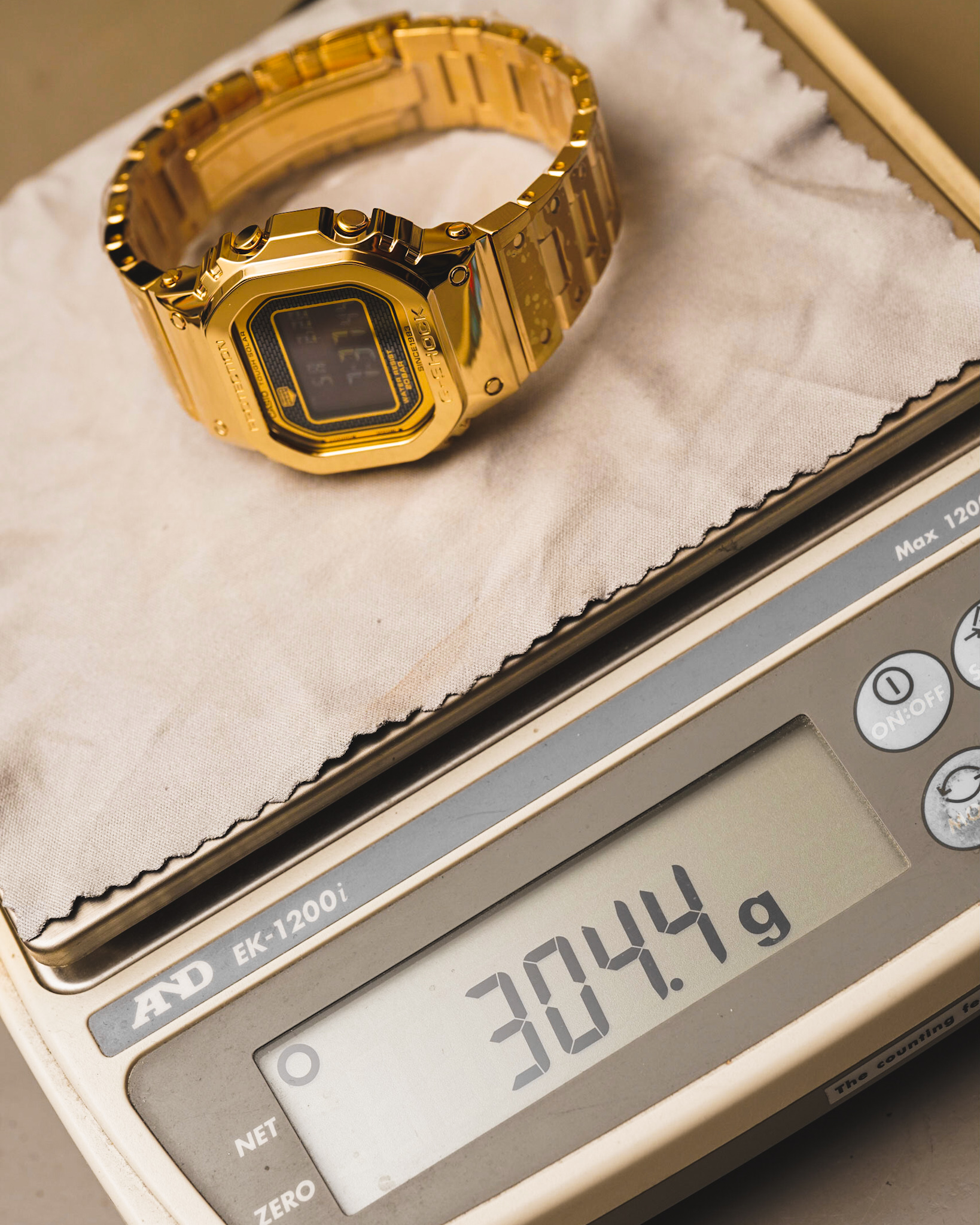 Despite the obvious similarities in case shape, the biggest “tells” that this isn’t the IP gold plated steel variant from 2018 are the smooth, polished bezel, and the inverted “negative” display, around which there’s considerably less text (gone is any information relating to Bluetooth functionality) than we saw on the initial press images released around the watch’s launch. Oh, and it’s heavy. Did I mention that already? The reasons behind the more visually pared-down dial are subtly reflected in the movement used inside, which, again, is not a Bluetooth-equipped module but Casio’s standard solar-charged movement that bears all the traditional expectations for a G-Shock with regard to water- and shock-resistance and timekeeping autonomy. 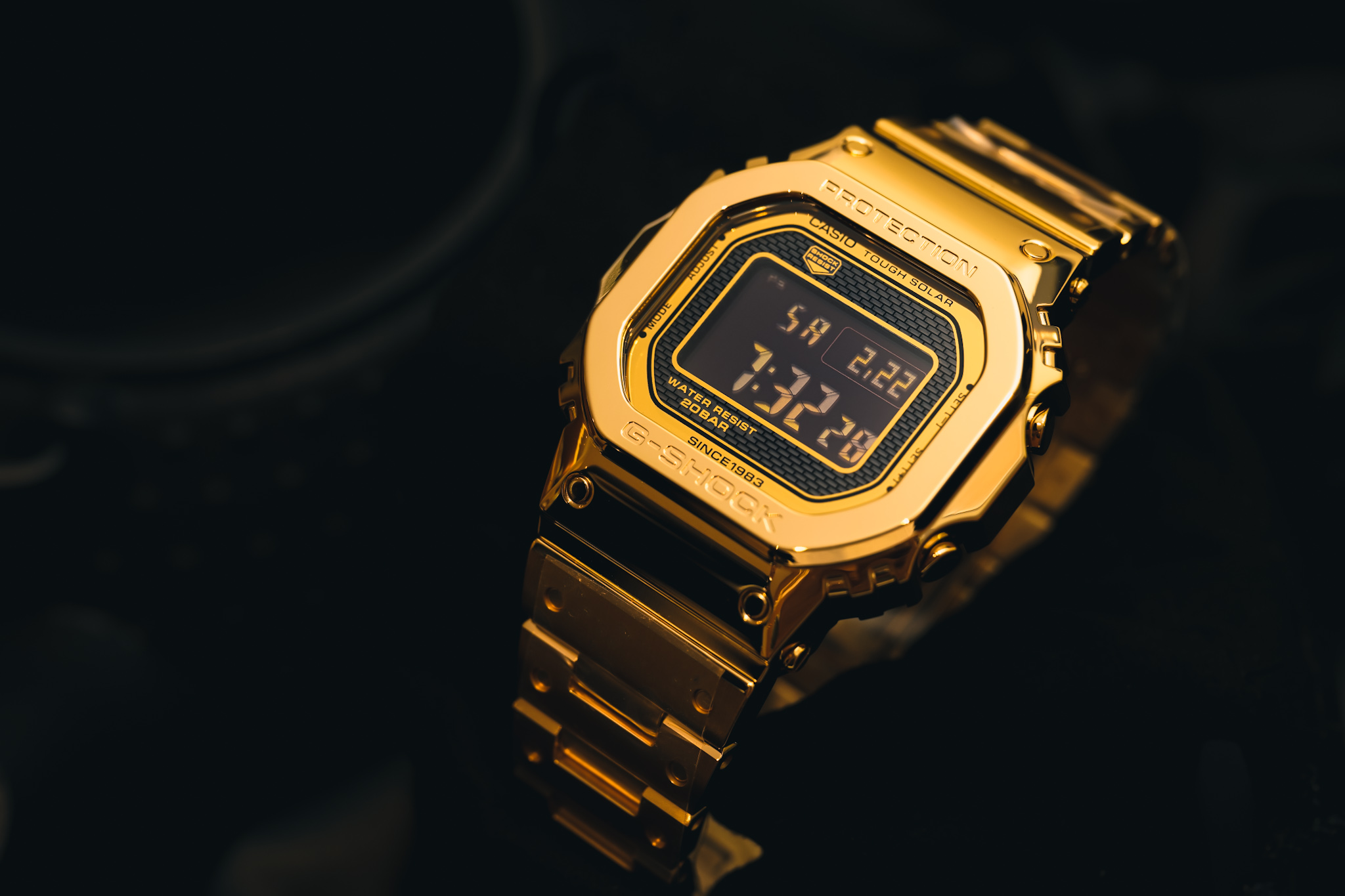 And therein lies what’s probably the most impressive — and equally polarizing — thing about this watch: it’s still a G-Shock. Lest we not forget that every G-Shock must be subjected to and survive the same battery of torture tests undergone by the same cadre of Casio’s affordable tool watches worn by men and women in the military, first responders, surfers, sailors, and all of us in between. Except this one is cast in gold, and costs 70 thousand dollars. It leaves us with the question: At what point is a watch no longer just a watch? G-Shock is, arguably, one of the most purpose-built timekeeping tools ever conceived (shoutout to Mr. Kikuo Ibe), and here, in solid gold, it betrays those trappings with spectacular aplomb. It’s a precious metal engineering marvel at best and conceptual pop art at worst, and regardless of which side of the fence you’re on, both of those things are extremely satisfying. 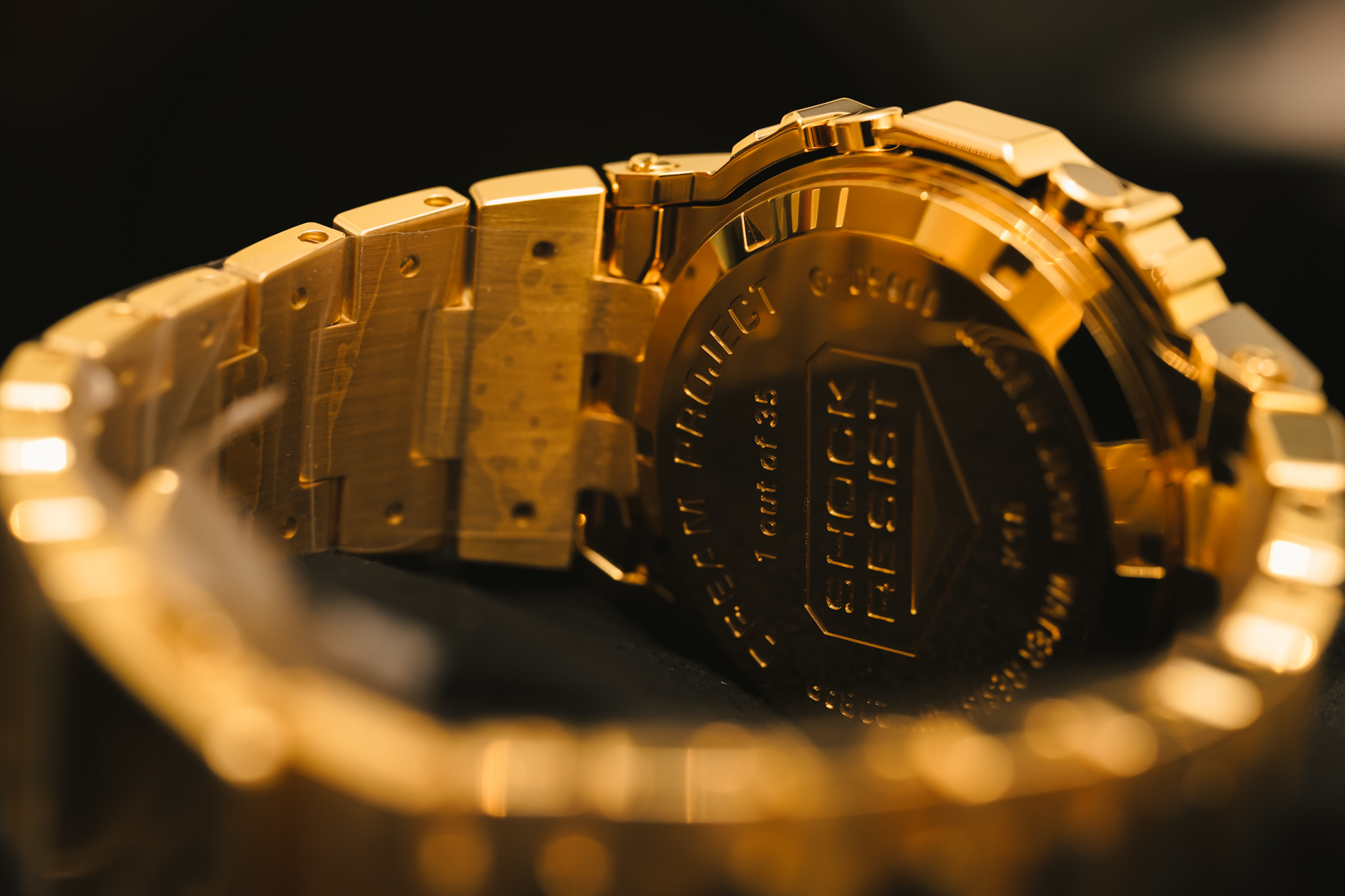 In all likelihood, this isn’t the last we’ll hear of the Dream Project. At G-Shock’s 35th Anniversary event in New York City last year, attendees might have caught a glimpse of another incredible reference: a full sapphire G-Shock, complete with the platform’s familiar Multi-Band 6 timekeeping and Tough Solar capability. Though there’s been no word on its release just yet, Casio will be trotting out its 2020 news over the course of the next few months, and we’ll be waiting with bated breath. 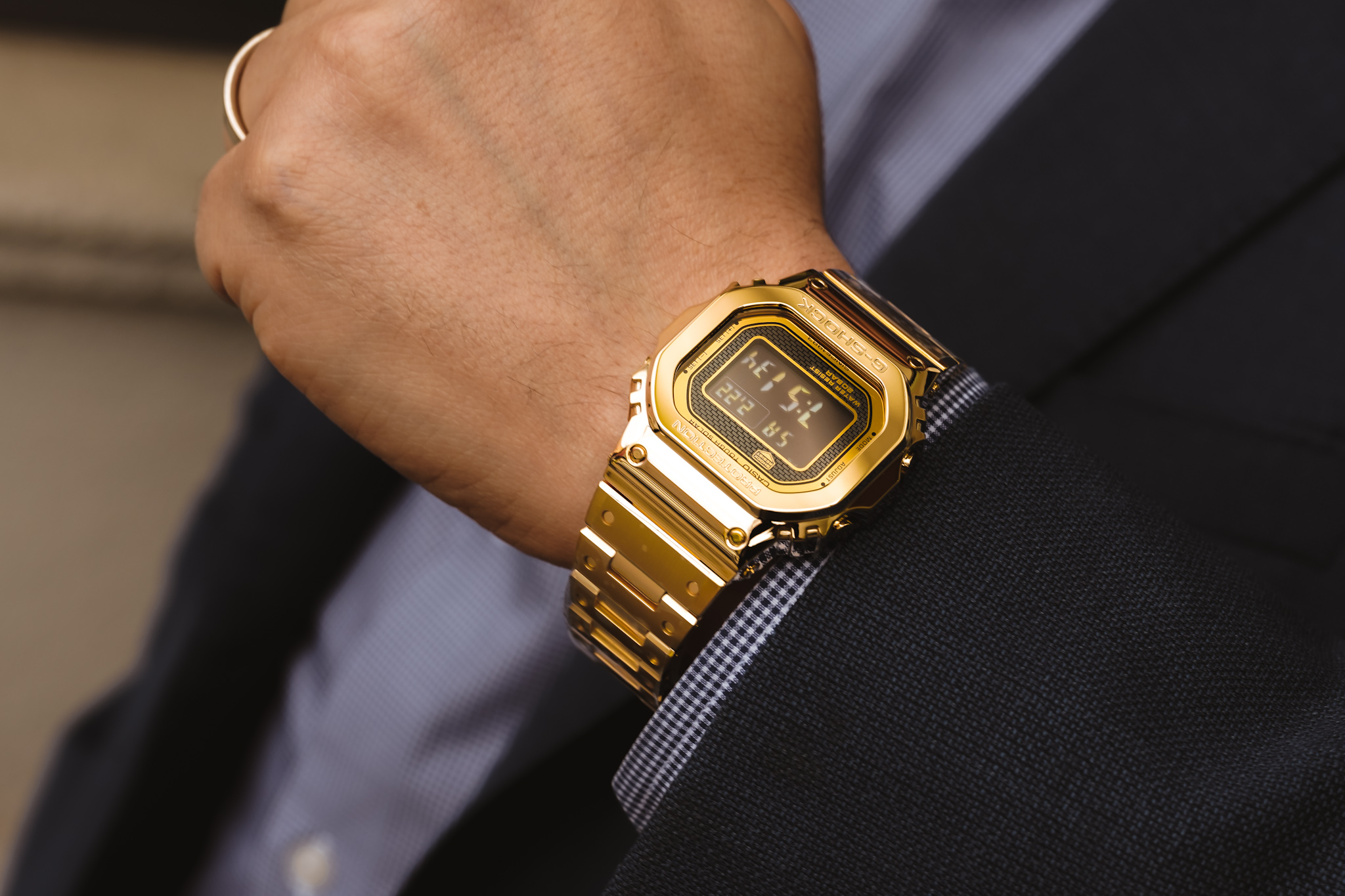 “So are you going to wear it?” I had to know. There was an audible pause and then a chuckle on the other end of the line, where the watch’s new owner eagerly awaited images of the unboxing process. There was a smile behind his tone, but still an air of uncertainty. Casio’s now-iconic tool watch — which covers the full spectrum, from unique but markedly affordable JDM pieces like his “daily driver” GW-5000-1JF to what is unequivocally the rarest G-Shock ever made — became the focal point of his collection since coveting his first G-Shock as a child in grade school.

“Oh man, I haven’t decided yet,” he finally relents. 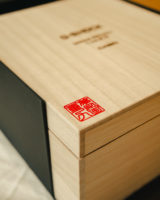 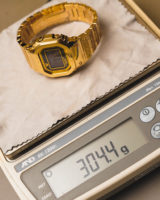