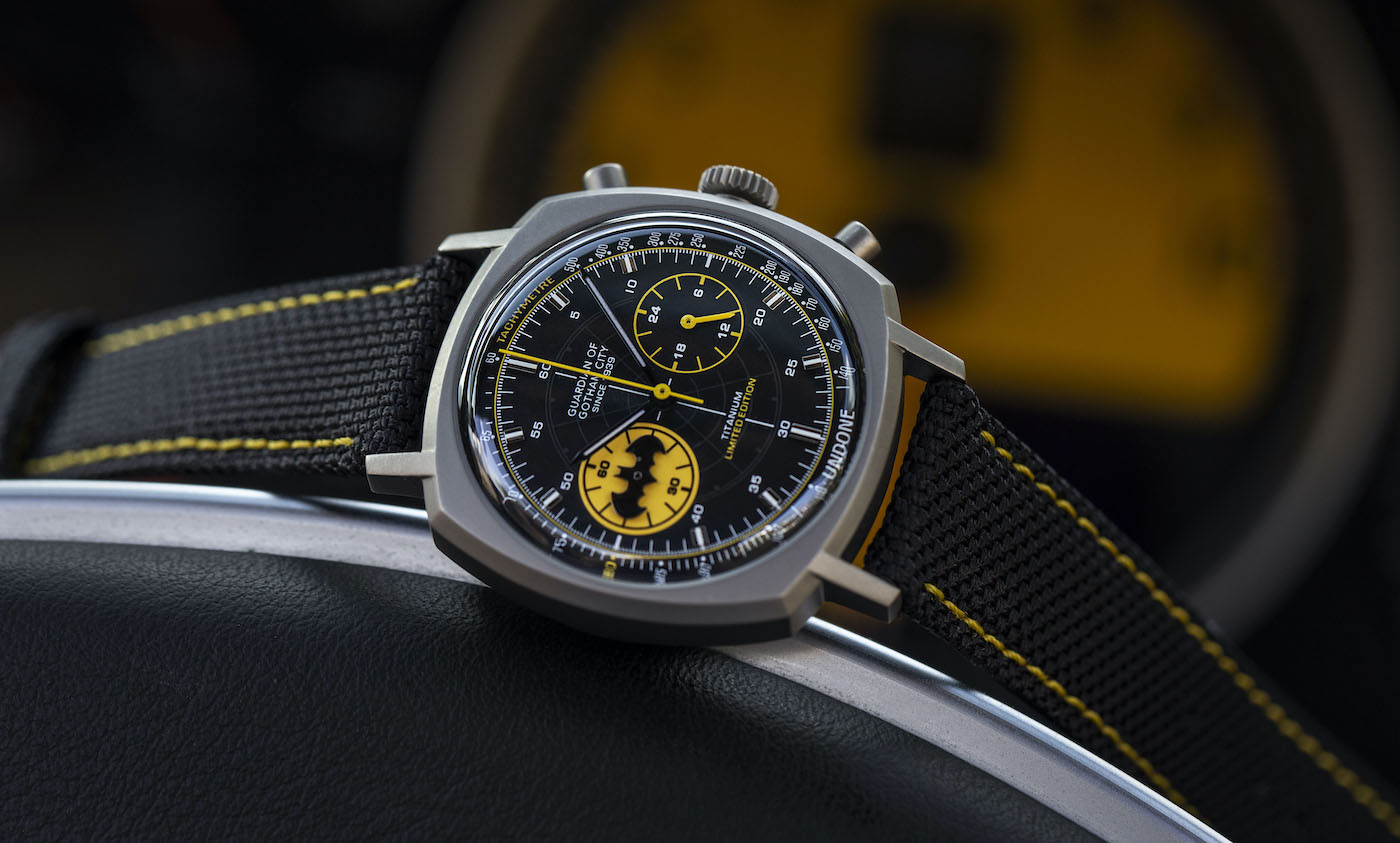 When it comes to official partnerships, it doesn’t come much bigger than signing a three-year global licensing deal with Warner Bros. To celebrate this latest feather in its cap, UNDONE has announced the release of two very special models that figure to appeal to fans of watchmaking and those of DC comics. Based on two distinct eras in Batman’s history, these watches — the first titanium timepieces from UNDONE — will focus on the crimefighting billionaire’s time as “The Caped Crusader” and his later period as “The Dark Knight.”

Each timepiece takes a very different chromatic route. The most immediately striking of the two — The Caped Crusader — pulls together the more classic black and yellow colors associated with Batman since his debut in Detective Comics #27 way back in 1939. With bold markings and subdials (the 60-minute counter has been invaded by a Batarang), the dial has a host of subtle secrets, too, only visible in the dark… 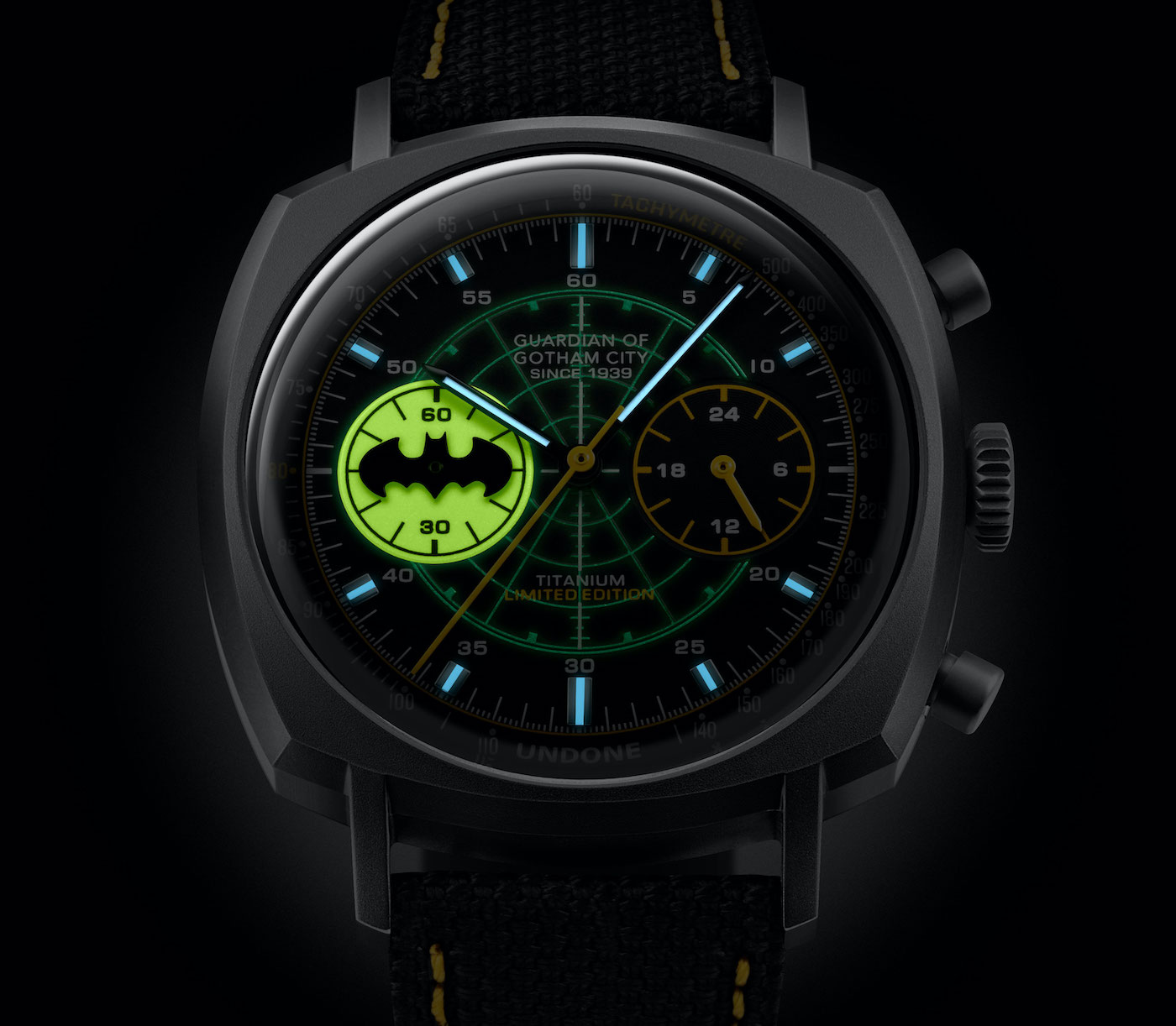 As the lights go down low, the true vibrancy of The Caped Crusader dial reveals itself to its wearer. Aside from the hour markers glowing in icy blue, so too does a “detect-a-scope” pattern appear in a ghostly green. 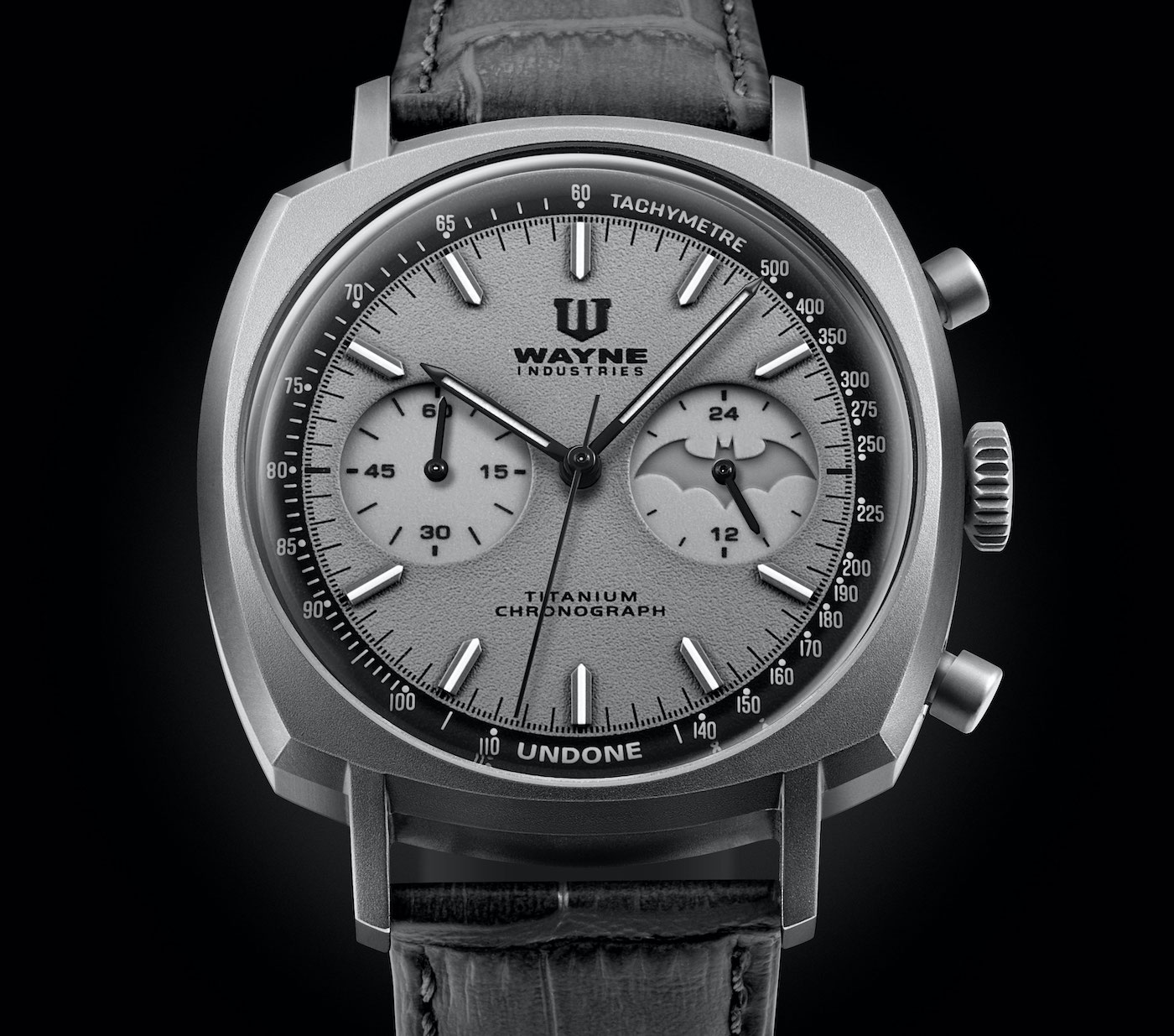 In stark contrast to its colorful counterpart, The Dark Knight model is about as urban (and urbane) a piece as they come. Utilizing the same micro-blasted titanium case, but this time with a matte, textured gray dial matched with monochromatic dial printing, this reference expresses the public face of Batman’s character as billionaire Bruce Wayne, head of Wayne Industries. An enigmatic leader, Bruce Wayne is often shown to prefer the shadows more befitting the Batman. As such, this stealthy, pared-back timepiece that looks as if it might have been chiseled from the concrete of Gotham’s streets is the perfect companion for the isolated businessman. 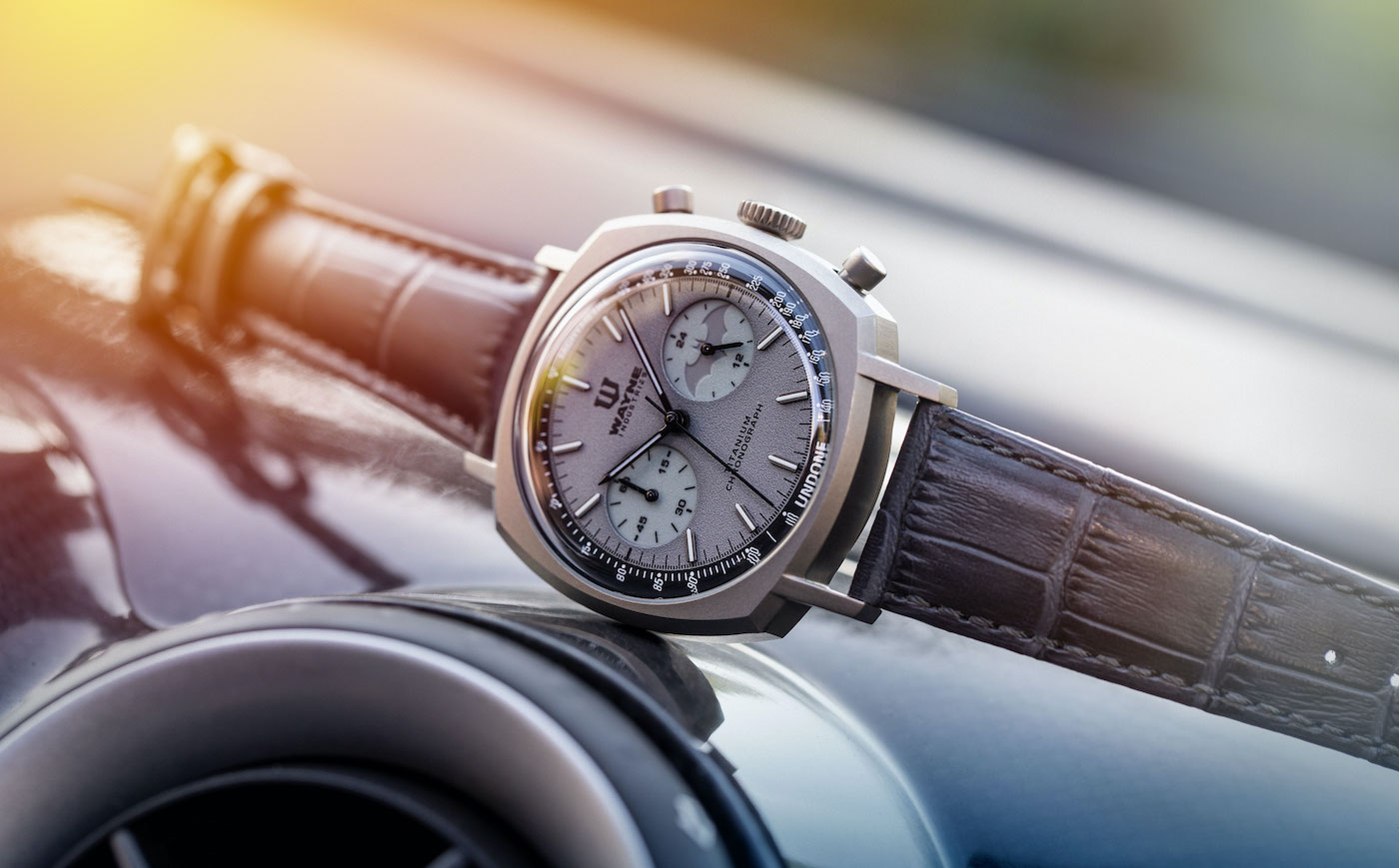 Here the dial decoration is much more reserved. The Batman emblem (from the New 52 Comics series that kicked off in 2011) appears recessed in the 24-hour counter subdial at 3 o’clock, while the simple Wayne Industries logo stands in where one might expect to find a brand mark instead. Although this dial remains muted throughout the day, as soon as darkness overtakes the streets, so too does this dial come to life with the subdials glowing a brilliant blue, calling The Dark Knight to action. The overall effect is one of authenticity — timepieces that are true to the character that inspired them. 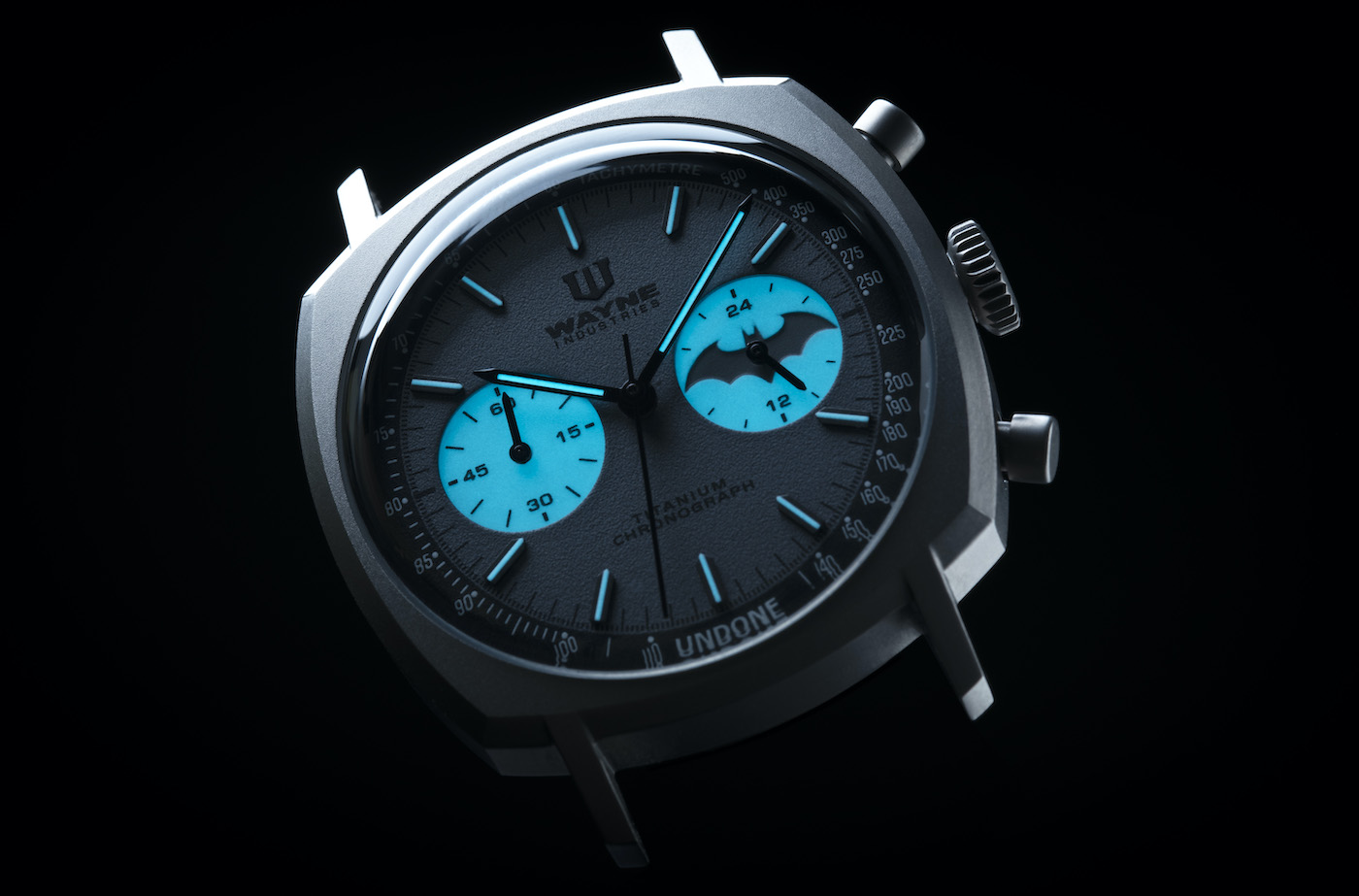 And although these ideas may have sprung from the pages of a comic book, these new UNDONE × Batman watches are more than capable of standing up to the rigors of the real world. Those titanium cases are lightweight and sit comfortably against the wrist thanks to the ergonomic shape of the lugs. A high-domed K1 crystal provides a perfect view of the time, while printed tachymeter scales encircling the dials add a dash of extra functionality. 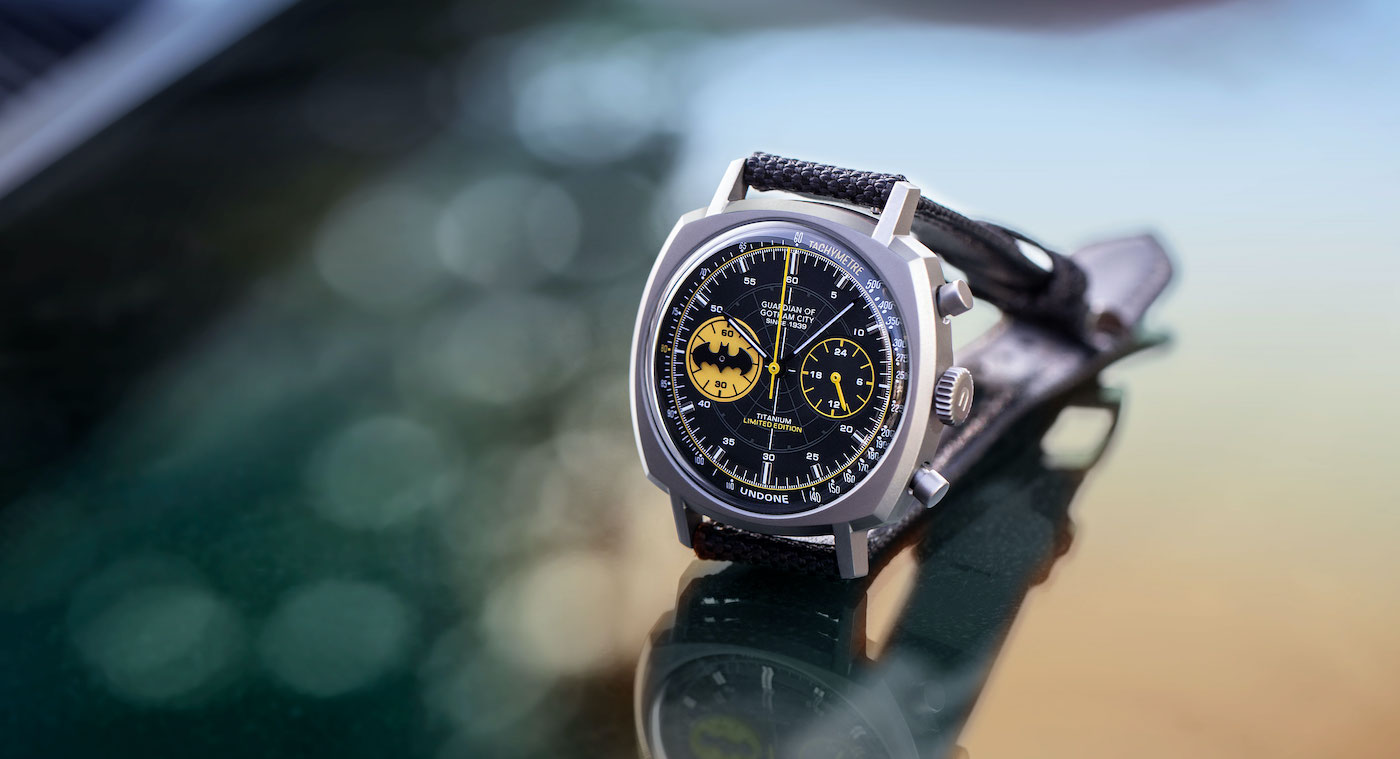 Color-matched leather straps complete both looks, with The Caped Crusader model wearing a black fabric strap with yellow stitching (that looks like it might have been made from one of Batman’s famed utility belts), while The Dark Knight/Wayne Industries version has a gray alligator leather strap with color-coded stitching. 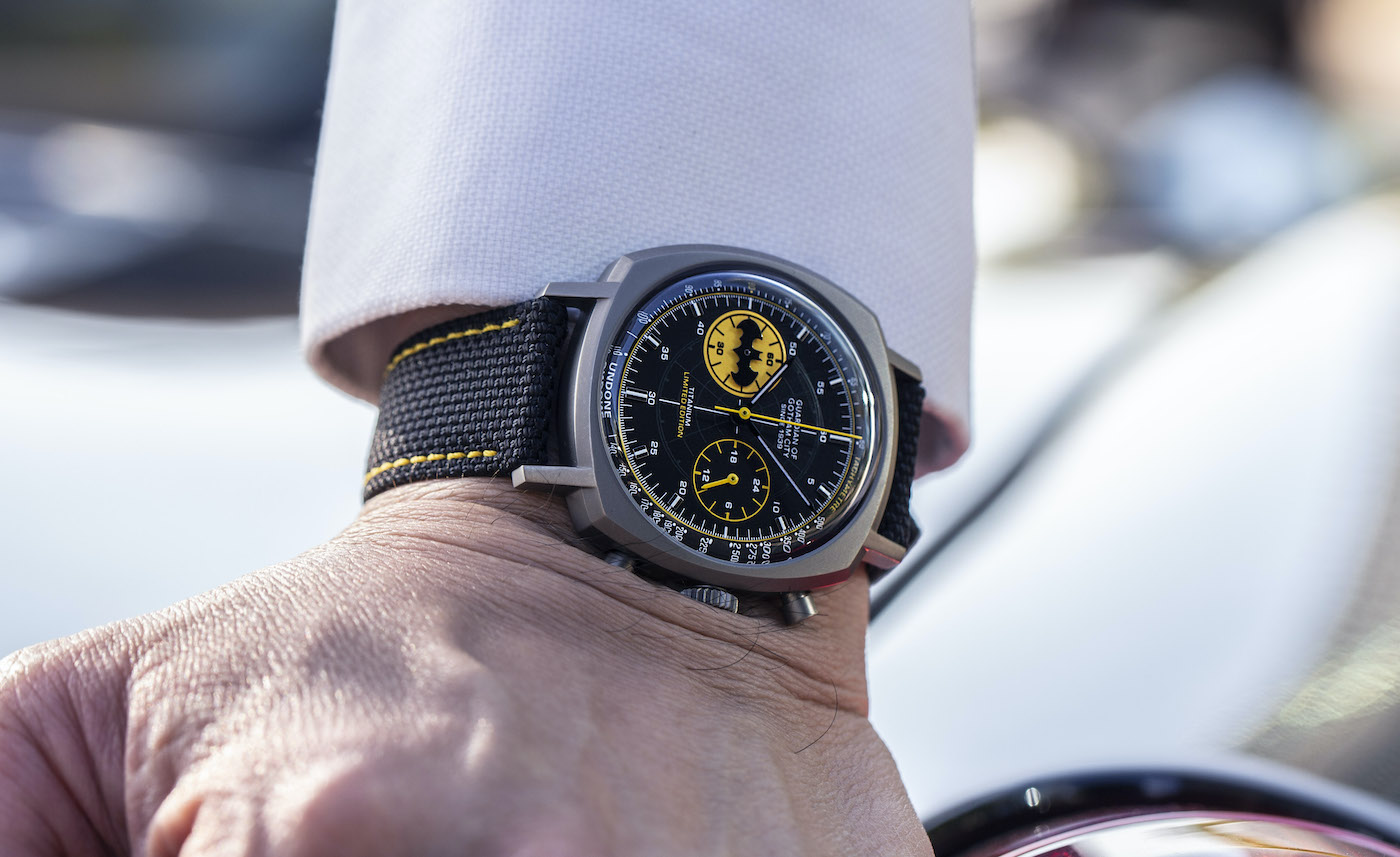 Both the UNDONE × Batman 80th Anniversary models were released on December 5th. Both models have 40mm-wide by 13.3mm-thick cushion-shaped cases made from titanium, which results in a 25% weight reduction over standard UNDONE models in 316L stainless steel, and see-through casebacks. These new models come with a special commemorative Batman 80th Anniversary badge inspired by the cover of DC #27, in which Batman made his bow. 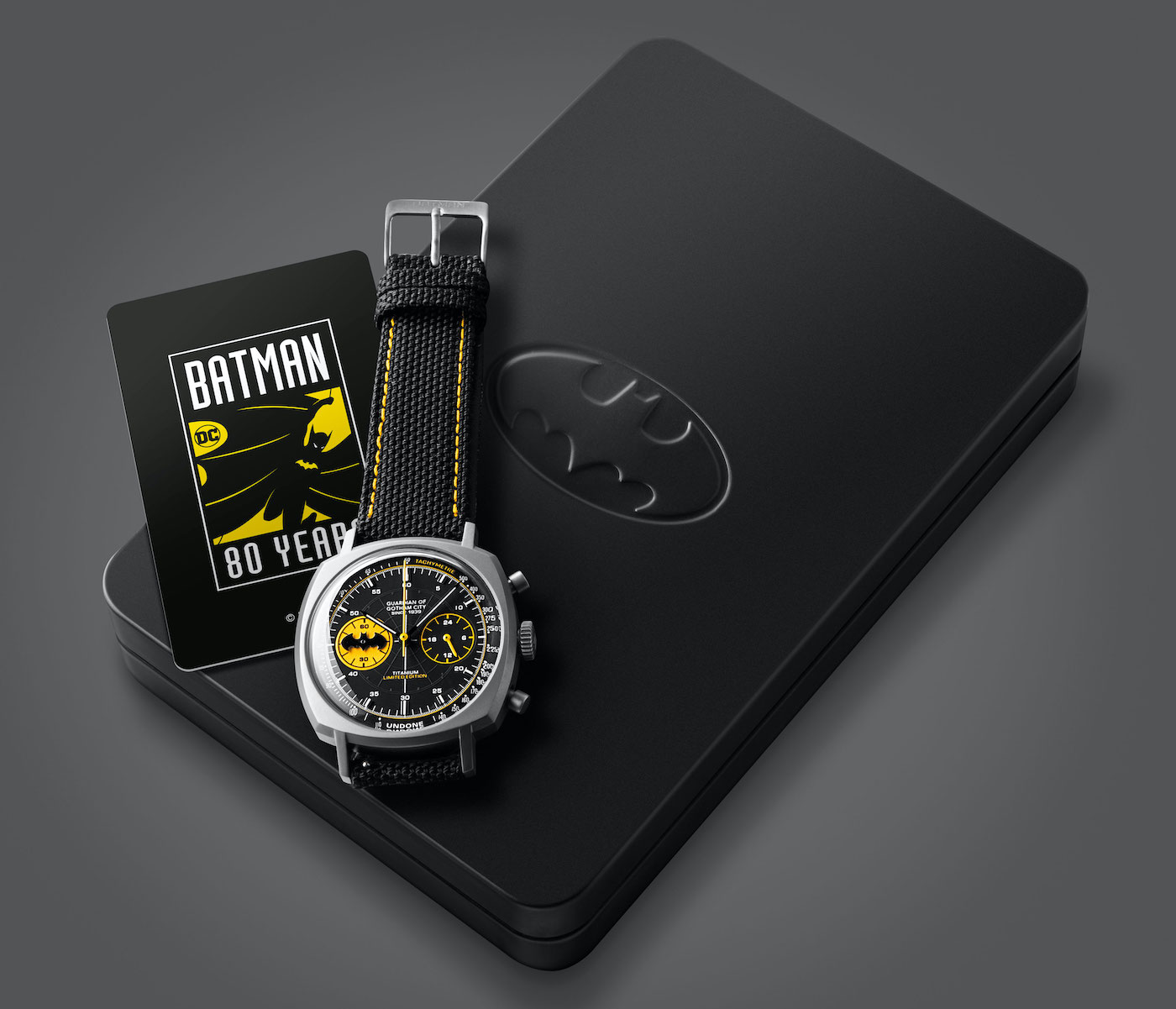 Through this release, UNDONE will be supporting the heroic work of the Hope For Henry Foundation. Hope for Henry is a charity dedicated to improving the care of seriously ill children (and their families) in hospitals all around the USA. Currently, Hope for Henry has helped more than 45,000 children. UNDONE hopes that by donating a portion of its proceeds to the charity, more families will be able to receive the help and support they need. Both models will be priced at $359. Learn more at undone.com. 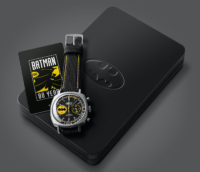 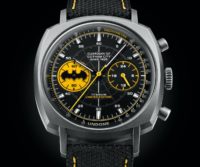 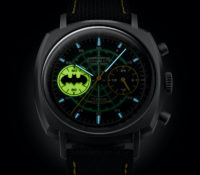 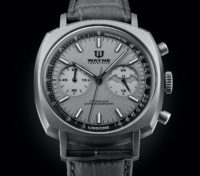 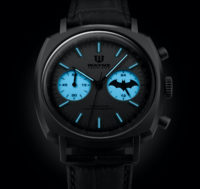