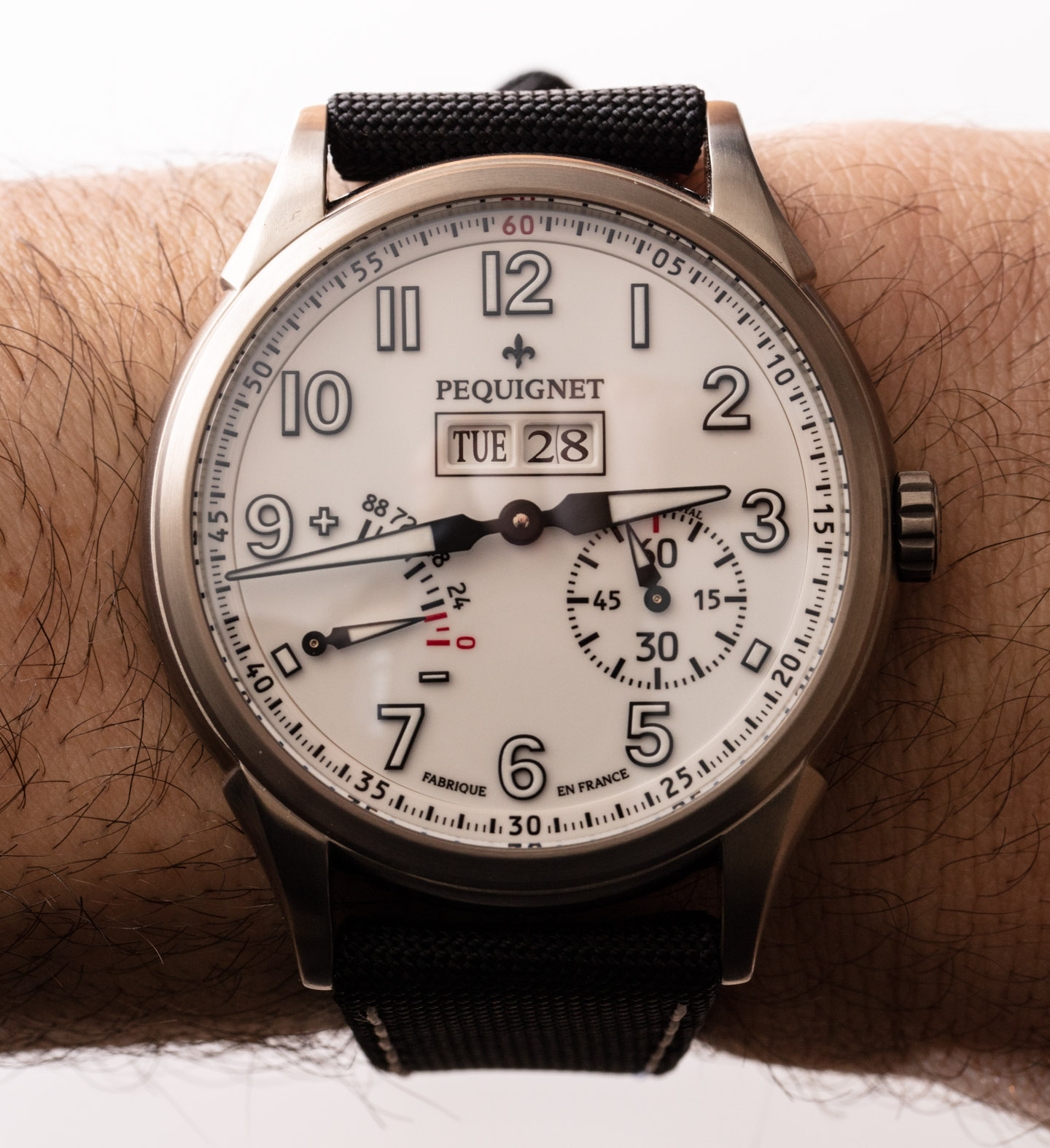 This is the first opportunity I’ve had to review a watch from a timepiece manufacturer I’ve been eying for a while. Pequignet is not only a brand name that causes Americans to wince at the prospect of pronouncing it but is also among the rare French watchmakers that produces its own movements. Not all Pequignet watches have in-house movements, but those in the Royal family within the Manufacture Pequignet collection certainly do. And for the money, the calibers are pretty slick.

This particular watch is a sort of combination of the classic side of the brand and modern sports watches. Pequignet calls it the Royale Titane, and this reference 9032713A CN has a bright white dial on “rubber-backed black canvas” strap. Pequignet seems to use both “Royale” and “Royal” in its website nomenclature, so I might also swap back and forth. Let’s start by talking about the in-house movement. 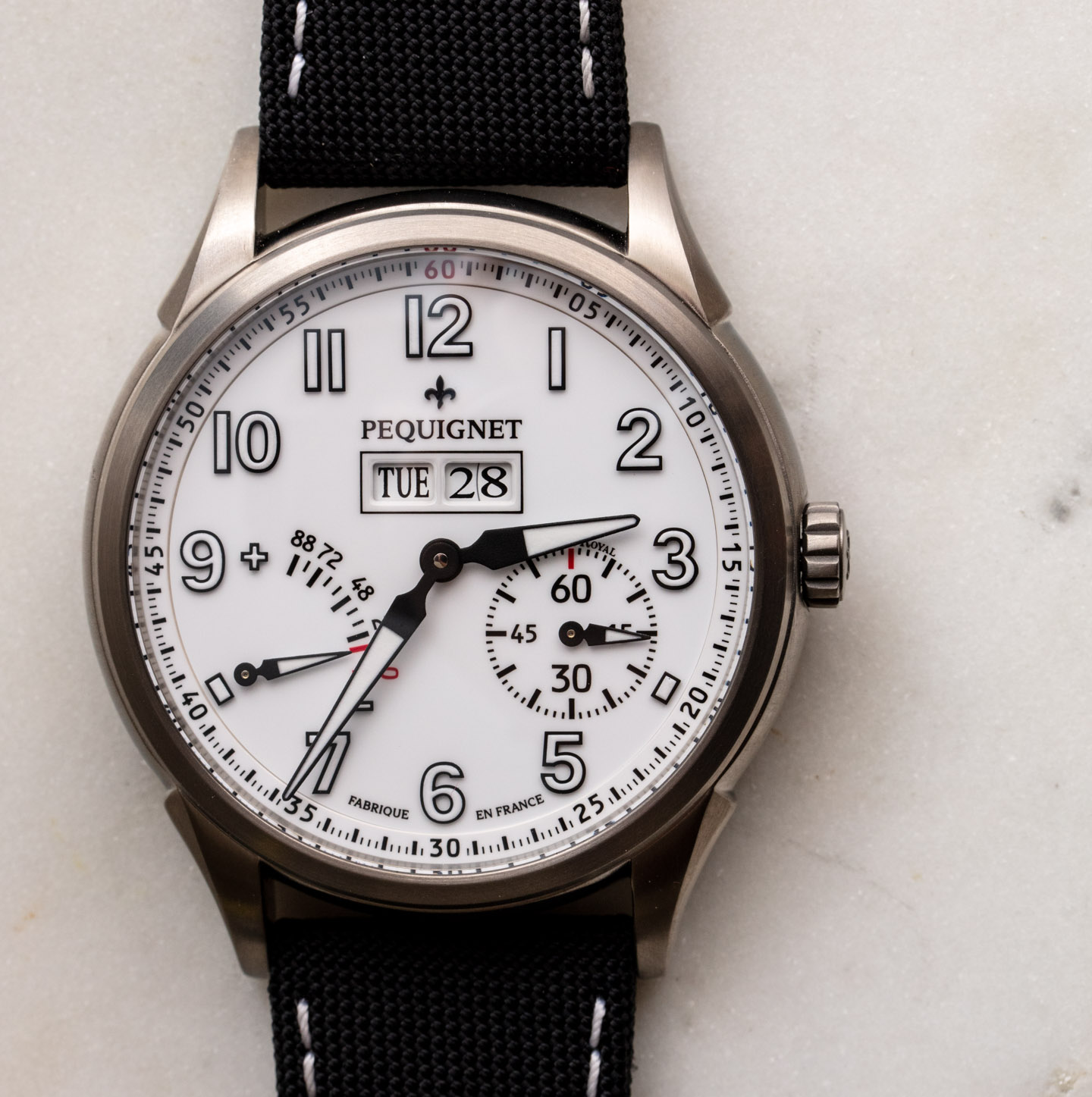 Inside the Royal Titane is the in-house-made Pequignet “Calibre Royal.” The company produces a few versions of this core movement in its facility located in Morteau, France — which is not far from the Swiss watchmaking Jura mountains region. The Calibre Royal apparently has eight patents protecting it, and more importantly, for me, it doesn’t look like your standard Swiss Made automatic movement. In the aesthetic distinction department, Pequignet wins on a lot of levels here.

The first thing you’ll notice about the movement is the fine level of decoration for the price. Not that this is an inexpensive watch, per se, but it doesn’t cost too much more than today’s entry-level Rolex watch. The Calibre Royal is also interesting because it has a full bridge over the balance wheel. This is very robust way of engineering it into a movement, and something pretty much not seen in most high-volume production watch movements. The movement operates at 3Hz and has a nice power reserve of 72 hours (88 hours total power reserve but given the single mainspring barrel, Pequignet recommends that the watch not be wound past 72 hours to maintain isochronism). The Royal movement is also designed to allow for precise regulation to achieve optimal accuracy rating, which is important for good chronometric performance. 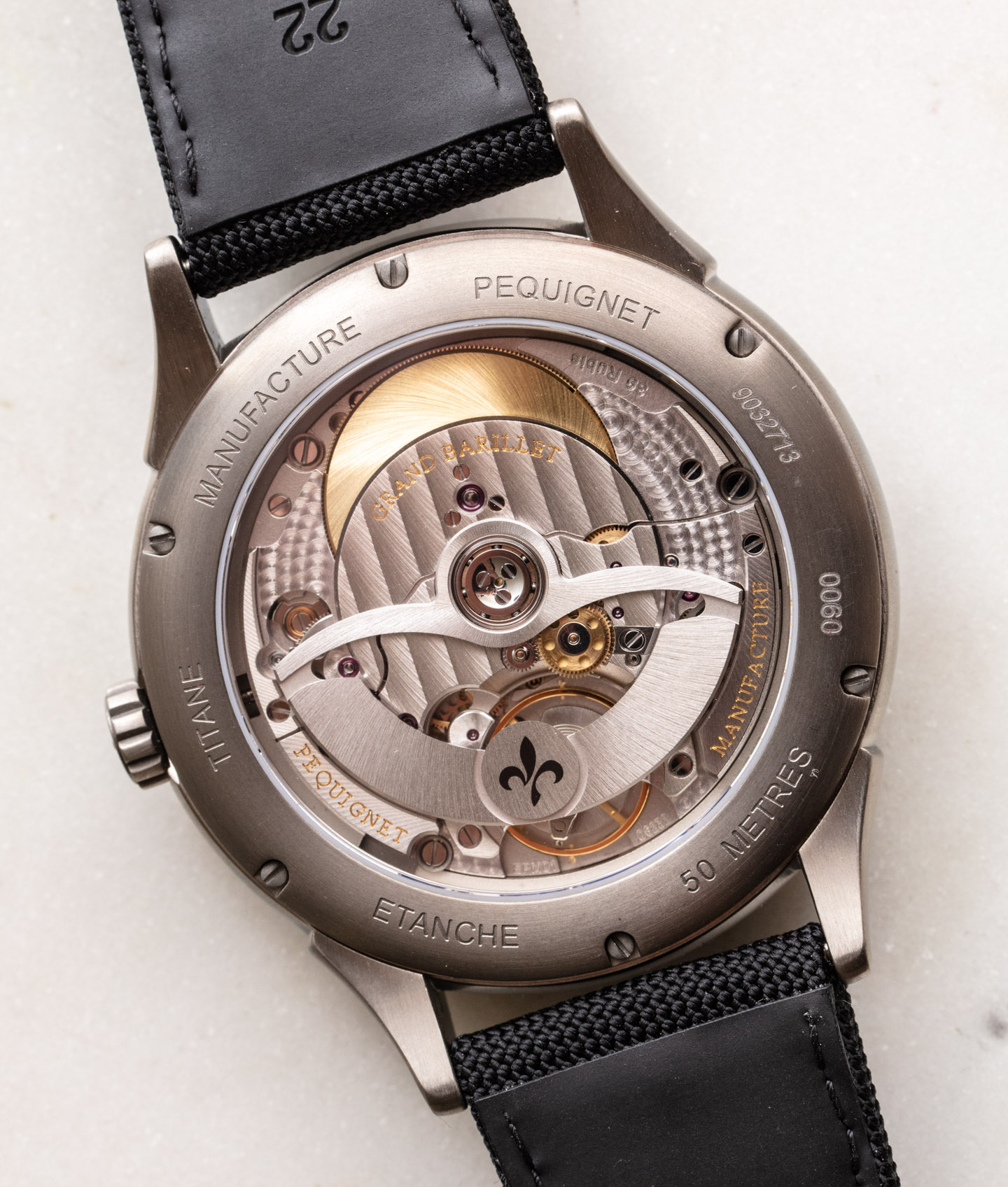 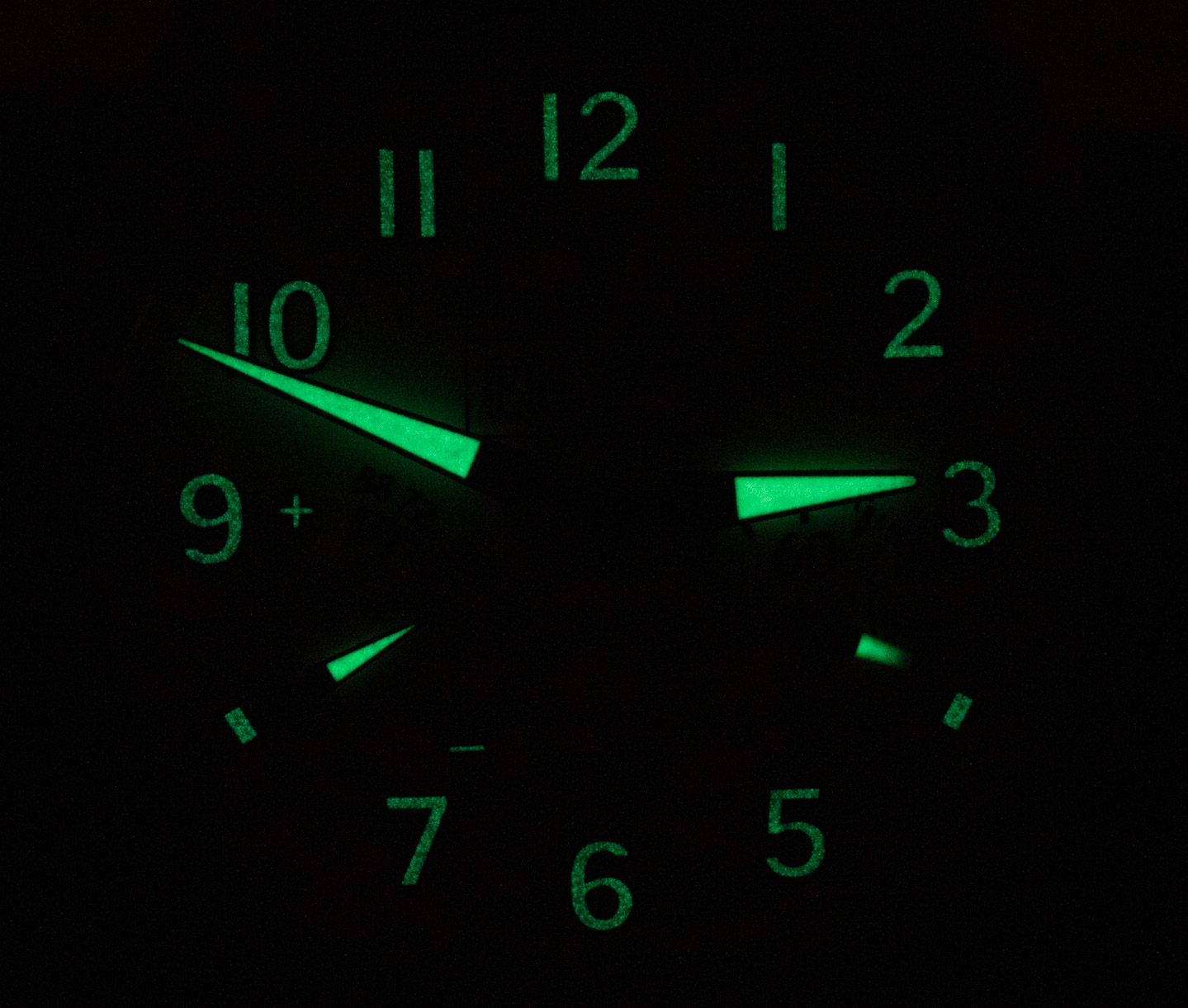 Another key element of the Calibre Royale is that it can have a number of complications. Here we have the time with subsidiary seconds dial, power reserve indicator, and day/date complication that uses two discs for the date. I found that operating the watch movement was a breeze, and I liked that all of the complications were adjustable via the crown. That means no fiddly little inset pushers on the case to have to deal with.

All the dial information is laid out in a decently balanced manner while maintaining proper proportions for the hands and markers. In fact, this sporty white dial is almost aviator-style and makes the wise decision to border the hands and hour markers in black while painting them white (with luminant), on the inside. I really need to stress how much the Royale Titane watch overall is a combination of something classic with something sporty. The dial, for example, is part cockpit clock and part 19th-century pocket watch. Just look at the character Pequignet’s Fleur de Lys logo adds to the dial. The dial itself is lacquered, so it is a bit glossy to remind you of an enamel dial. 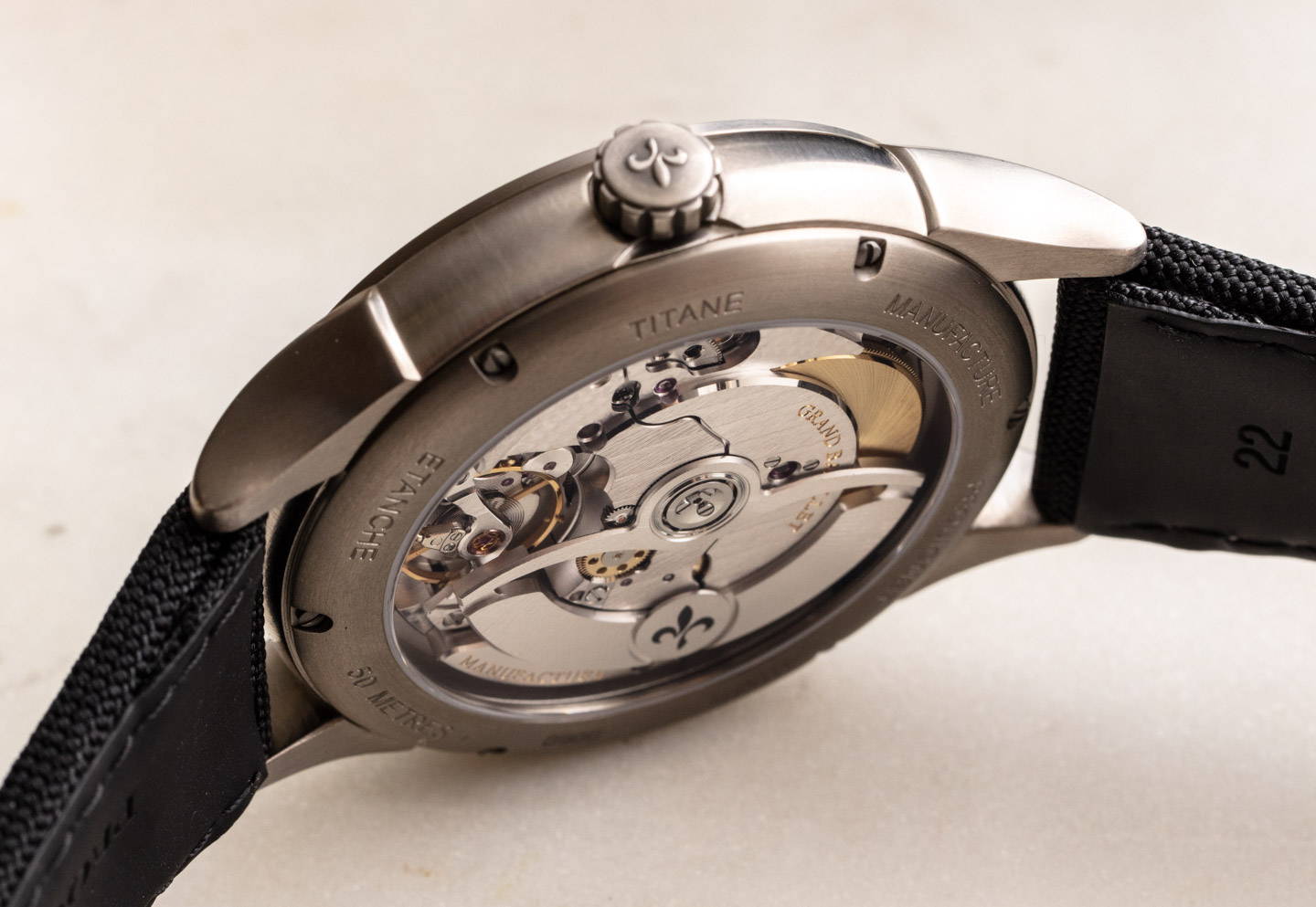 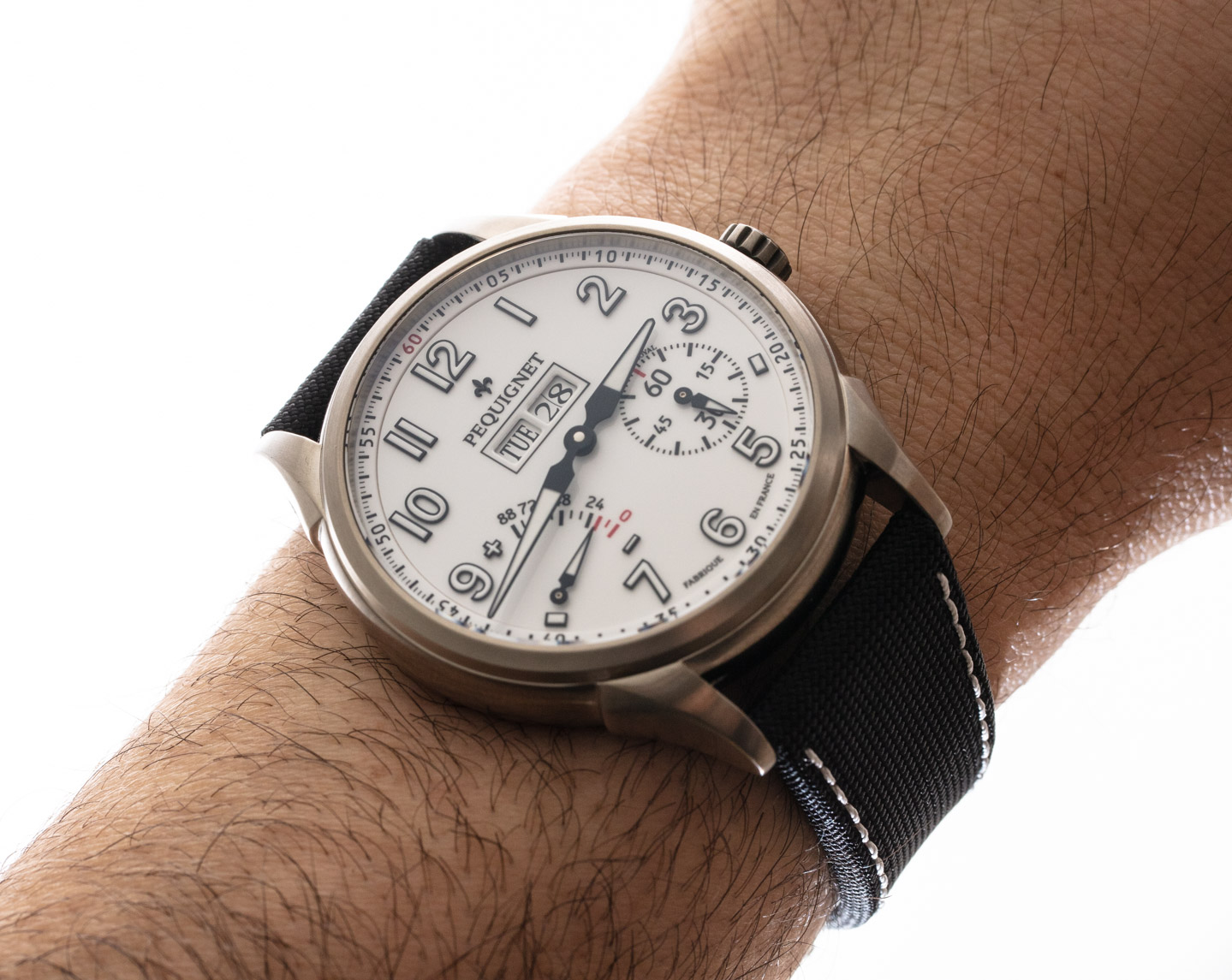 Over the dial is a domed sapphire crystal. I think it could use another layer or so of AR-coating, but overall this is a very legible and enjoyable dial. The Royale Titane watch itself is 44mm-wide, about 12mm-thick, and has a roughly 52mm long lug-to-lug distance. The titanium case is brushed and obviously lighter on the wrist than the brand’s steel-cased Royale watches. The lugs with their retro flanks are yet another non-tool watch element that was nevertheless successfully designed into a tool watch. 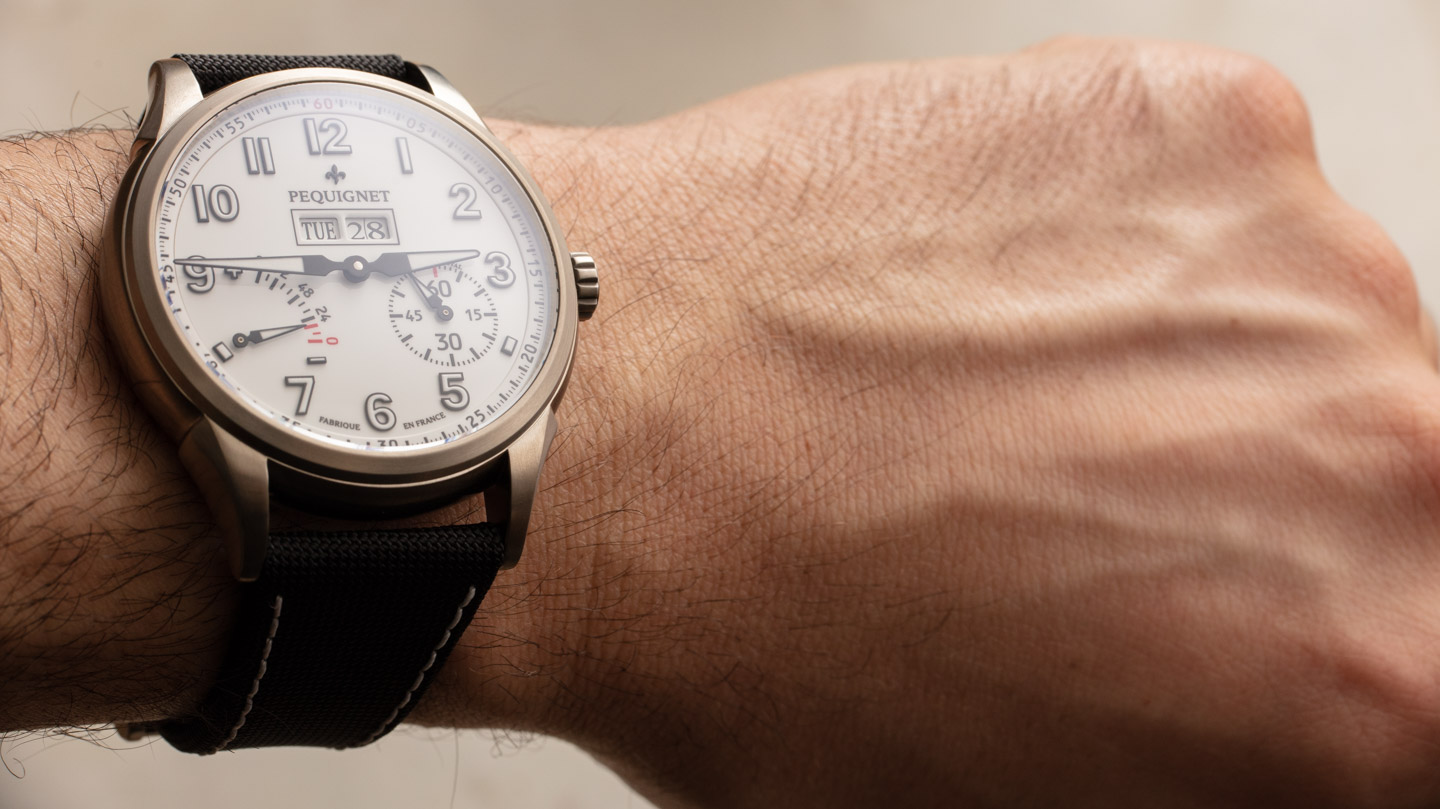 Pequignet watches are inspired and original. They have the classy old-world feel people seek in a fine mechanical watch, but the style of the brand seems more inspired by Paris than Neuchâtel. For the money, consumers get a fair amount of watch, and I say this for one of the more expensive Pequignet watches currently available. The brand appears competent where it counts (watchmaking), so excuse them if you haven’t heard of them before. If the community likes the Pequignet Royal Titane, then I’ll continue to explore the brand. Price for the Pequignet Royale Titane reference 9032713A CN is 6,500 Euros. Learn more at the Pequignet website here.

Necessary Data
>Brand: Pequignet
>Model: Royale (Royal) Titane reference 9032713A CN
>Price: 6,500 Euros
>Size: 44mm wide, ~12mm thick, and ~52mm lug-to-lug distance.
>When reviewer would personally wear it: For high-street wear or vacationing when wanting to look distinctive but not calling too much attention to yourself.
>Friend we’d recommend it to first: Those who like handsome and conservative sports watches from brands most of their friends haven’t heard about yet.
>Best characteristic of watch: Lovely character, as well as comfortable and functional. In-house movement feels special but is not too expensive.
>Worst characteristic of watch: Just a bit more anti-reflective coating on the crystal would have helped. Easy to want a 4Hz movement despite overall very good timing performance.